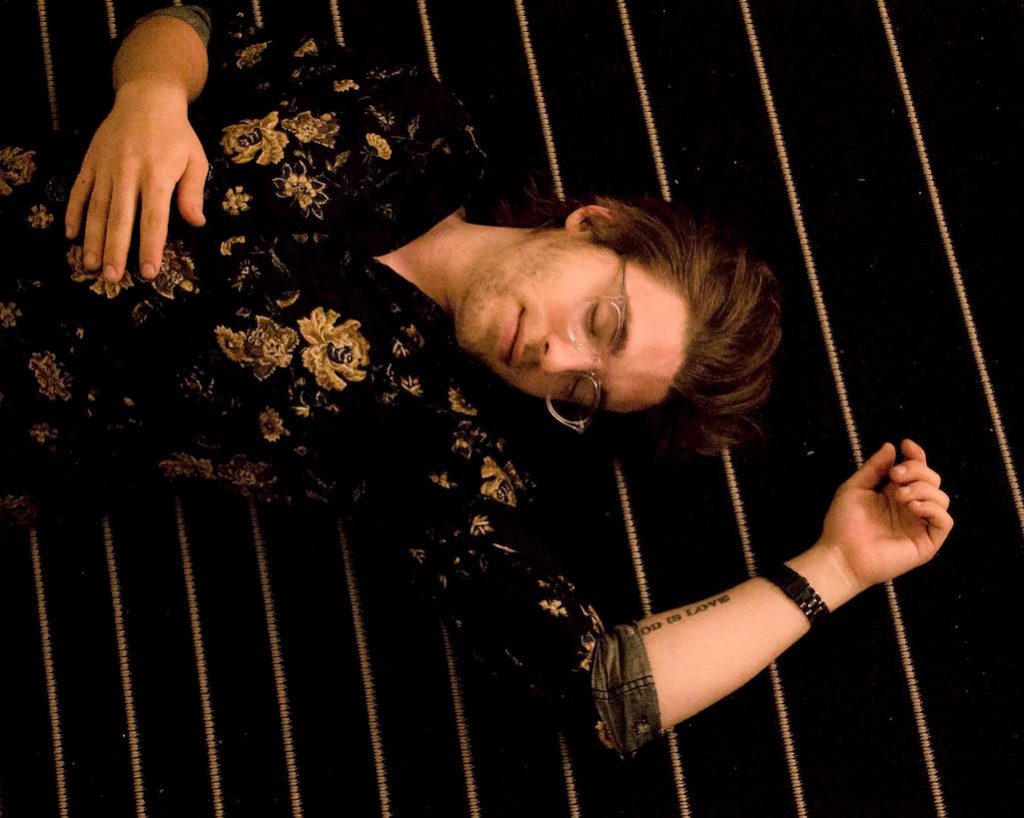 Springtime in Richmond: every year when the days get warmer, there’s an energy to the air as the locals slip into their summer routine. The warm weather has an unmistakable effect on this city. For many of us, these endless days are spent on the banks of the James.

Thanks to Minor Poet’s Andrew Carter, there’s a soundtrack for that feeling. His latest single, “River Days,” is a testament to a favorite Richmond pastime — and it sounds the way the mellow summers here feel.

Carter was a member in The Mad Extras before writing, recording and playing every instrument for his debut record And How! by himself.

“When it was finished, I quietly sent it to a few of my friends and thought I would go back and finish the Mad Extras record after that,” Carter said. “And then I showed it to a couple other people, one was Noma and another was Brandon Crowe, Lucy Dacus’s manager, and it just spread from there.”

The one-man show has added three members as the songs passed through the local music scene, with Noma Illmensee (Manatree) on bass, Jeremy Morris on drums and Micah Head on keys. The four-piece will hold their album release show at Strange Matter on August 26. The band has also recently signed with local label Egghunt Records, who now rounded out their roster with the likes of Big Baby, Camp Howard, Avers, Opin, Eric Slick and more.

According to Carter, the songs on the forthcoming album feel “neither modern nor nostalgic, but rather exist in their own little world.” They draw on inspiration from old-school Beach Boys harmonies and bands like The Zombies, The Magnetic Fields and The Shins.

“When I was making music thinking of labels or hits, I think there wasn’t as much authenticity in it,” Carter said. “It wasn’t until I wrote something that was truly and honestly what I wanted to make, for the love of it, that all these other things happened.”

“River Days” was a long-running idea before it came together. The first official single for And How!, the track starts off with a 70s era “wonky keyboard” sound Carter made with an old organ in The Mad Extras’ basement recording studio.

“I had that whole intro for about two years,” Carter said. “I had thought so long about the river….and all these other things like the chorus came about slowly over time, but listening to it at the end was like ‘this is it.’”

The Mad Extras’ equipment resided in Carter’s basement long before Minor Poet came along. And How! is the product of many days spent downstairs experimenting with different sounds.

“We had a hodgepodge of junk instruments,” Carter said. “I had the old 70’s organ, and all kinds of other stuff I could play around with. All of those are things you can’t really bring on stage, so the record has that sound from the basement stuff…any sound I can find that’s interesting, I’ll try to put it in a song.”

To weave it all together, Carter focuses on the stylistic and lyrical pieces.

“I wait for that moment where I play something back, and want to record it as quickly as possible,” he said. “I’ll listen to it a hundred times. Once I have those moments, the lyrics will come to my head and I’ll go with it from there. Every day I try to work towards that, and you wait for the moment to eventually hit you.”

For the album release at Strange Matter, Minor Poet is alongside Spooky Cool, Sammi Lanzetta and Blush Face. In the meantime, let the river days roll on streaming the playlist of the summer, And How!, on Minor Poet’s bandcamp.