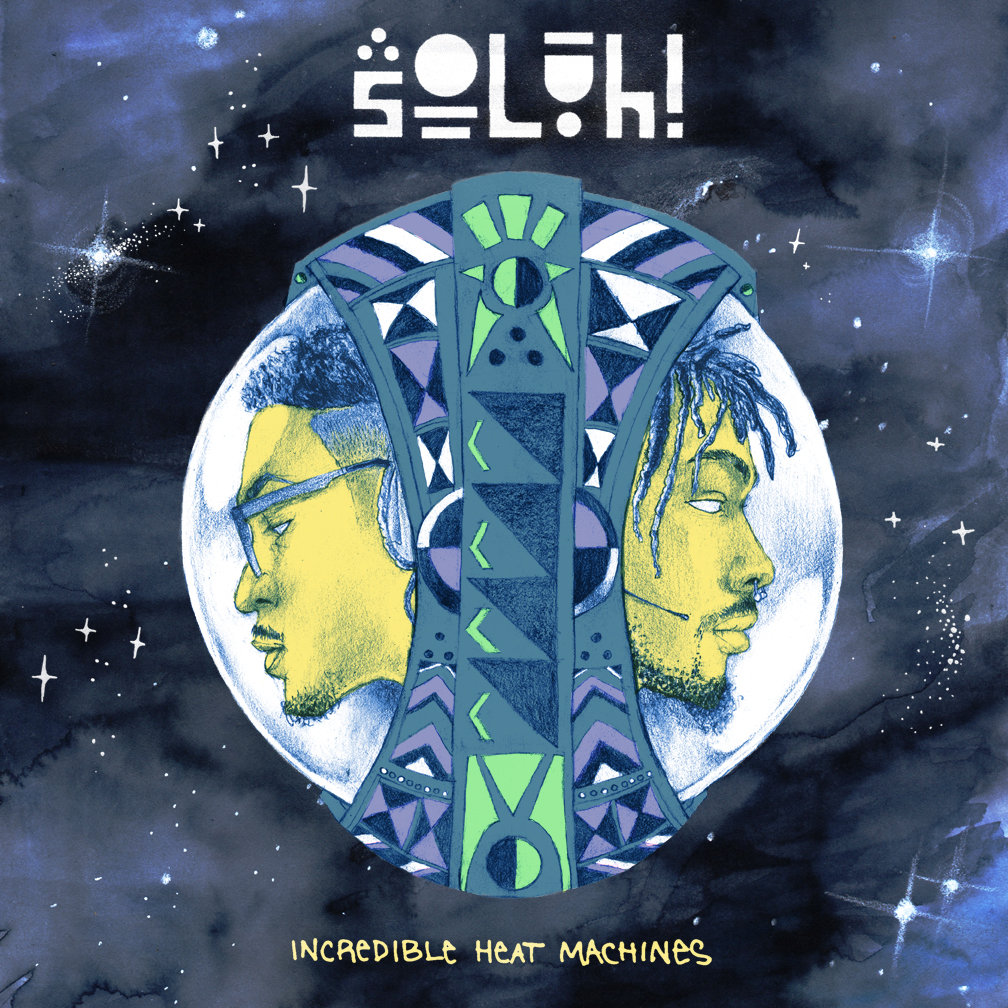 Members of RVA’s hip hop collective Satellite Syndicate are always coming out with innovative and intriguing projects for our ears, but a new project from fellow member and beat maker BSTFRND is hoping to make you think twice about the run of the mill hip hop you’ve been listening to these days.

BSTFRND (Jefferson Harris) along with local poetry artist and college friend Rob Gibsun make up the new hip hop group Soluh! and the duo just dropped their debut album, Incredible Heat Machines. The pair will debut it with a cassette release show at The Camel tonight.

Between Gibsun’s powerful rhymes and Harris’ unique and versatile beats, the title sums up the project perfectly. The amount of raw energy packed into this release, coupled with the intricate sounds effortlessly laced throughout, suggests the duo could easily be compared to a machine.

That vigor is the reason they decided to go with the name Soluh! (soul-ah) for their group.

“It’s energy, raw energy and I think for a while Rob and I were trying to find something that embodied the both of us, the new and creative energy,” said Harris.

A combination of soul and energy is the perfect simple description for the album.

It’s original, experimental, and doesn’t sound like anything else that’s coming out of RVA right now. But at the same time, it’s still hip hop at its core.

I might even go so far as to say its one of my favorite local hip hop albums of this year thus far.

Incredible Heat Machines is a 16-track album that covers so much ground. It’s filled with personal experiences and hardship from Gibsun, as well as a few shout outs to our beloved city.

“There’s something for everybody, on a day like today it’s overcast, we have a song called ‘OverKast,'” said Harris. “There’s lyrical content that matches and site-specific content based off Monument Ave. If you’re not in Richmond and you want to know what it’s like, listen to this album.”

Gibsun said the entire album is dedicated to his father, who passed away this past September.

“There was a lot of love that I was made aware of in those last couple of days,” he said.

Gibsun said that helped him channel that energy into recording material and it was sort of a “refuge” for him.

“It helped me not hold back on what I wanted to say.”

The two also wanted to address current issues going on in the world as well as issues people of color are currently facing.

“To be two African American males in Richmond Virginia, there’s all types of craziness that that attracts just because of the climate of the United States right now,” Gibsun said. “Let this be a dialogue between artists, but also a metaphor for what’s going on in the world right now.”

Harris said influences of old school hip hop as well as modern mainstream rap are reflected in the album.

“There’s a line in the second track where Rob makes a reference to a Future song,” he said. “As far as the production goes as well, I didn’t try to stay too much with one sound. There are some times I’m using more modern hip hop drum sounds, but throughout the rest of the album you won’t hear too much of the rattling high hats or the characteristic sub bass of trap music these days. They’re certain pieces that are definitely derivative of the past, but also the current scene that we’re influenced by as well.”

The beats are probably one of the aspects that stand out the most in Incredible Heat Machines.

Sounds of water flowing, which were recorded at Osborne Landing, are featured on the first track as well as sounds from a noisy space heater inspired the title for the album.

“There’s a space heater called the ‘Incredible Heat Machine,'” said Gibsun. “I went to this poetry competition and I was staying with one of my homies and in their basement there was this…{space heater} and as it was heating up it had this rhythm to it…it sounded like a ghost typing.”

Gibsun recorded the space heater and it was put onto the track “The Return.”

Harris said unlike his previous work as a producer, he didn’t have to hold back on this project.

“I would consider myself to have a very weird style of production,” he said. “Working with other emcees before, they’ve been like, ‘oh no I can’t really rap on this, can you do something else on the beat.’ With this project, I could really spread my wings and when Rob comes in, he has such a versatility I had no fear when sending him another beat.”

“Devonne {Harris} has a very interesting way of laying out his music, there like loops, that’s all it is,” he said. “With this project, that’s all I was really thinking about. How do I make some of the weirdest, coolest loops I can.”

The duo first met at VCU in 2010 when Harris was a freshman and Gibsun was his resident assistant. The two were both art majors in the same program and bonded over their love for music which eventually led to the formation of Soluh! 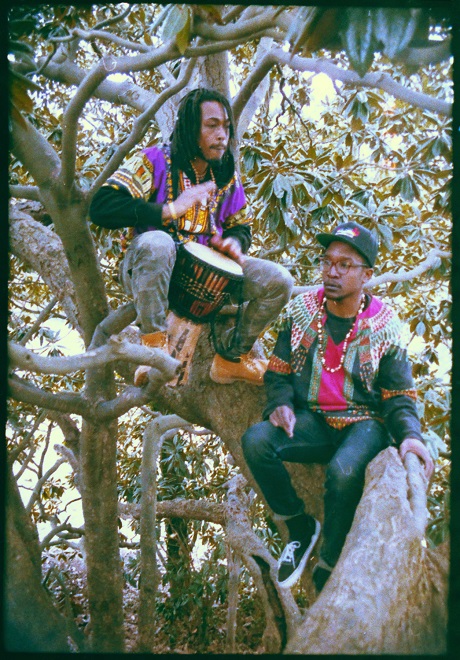 “All Of The Lights, that was the joint,” Gibsun chimed in. “We both introduced each other to a sector that we may not have known about, we both have something to share.”

Gibsun is a coach for VCU’s poetry slam team which he founded in 2010. He said having that background and experience writing has helped him tremendously with this project.

“That performance aspect translates,” Gibsun said. “Something about not overthinking and just writing and seeing where it falls in, that improv to it of the poetry slam just translated straight over to Jefferson’s work. When he plays it has rhythm to it, it’s a dance.”

Prior to this release, the two dropped an EP in 2013 called Sun Spot under their real names. They formed Soluh! in June 2015 and dropped this album, which was recorded entirely in Harris’ bedroom, on Feb. 29th. This will be the first release under the Soluh! name.

Soluh! will premiere Incredible Heat Machines tonight at The Camel. Cassettes will be available for purchase for $10 and the wide release will be March 18th.

Fly Anakin and Koncept Jackson, PeyoteCoyote, Raycizm, and I-Am-I Collective will also perform. Doors at 8 pm and the show starts at 9 pm. $5 cover.