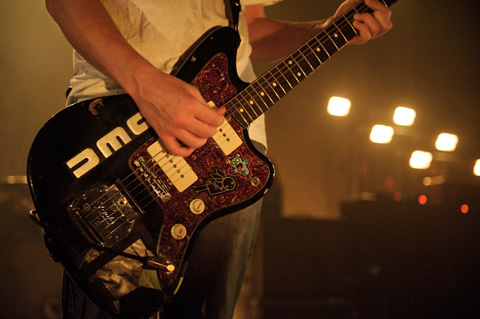 This show took me back to 2003. I was a sophomore in college. I would see Brand New and Thrice regularly at Alley Katz, The Norva and 9:30 Club. They had both just released new albums that provided them with bigger audiences. To me, it was a great time.

Now, six years later and I would have the opportunity to see both bands again.

This show took me back to 2003. I was a sophomore in college. I would see Brand New and Thrice regularly at Alley Katz, The Norva and 9:30 Club. They had both just released new albums that provided them with bigger audiences. To me, it was a great time.

Now, six years later and I would have the opportunity to see both bands again.

Upon entering the venue, I had a funny experience. I can’t recall the last time I entered a show where I was patted down. I was even asked to remove my hat. Given the nature of this show and considering that the majority of the audience was much younger than I was, it made sense. It was just a humorous moment that brought back memories. 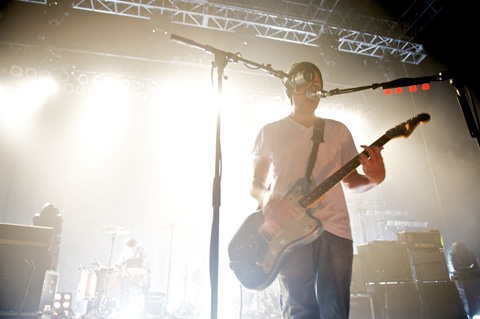 I missed a good portion of Crime In Stereo’s set. The last I remember hearing about the band is that they sounded a lot like Lifetime. Not like they were influenced by Lifetime, but that they sounded like a direct rip-off. I can safely say that what I saw didn’t sound like that. I enjoyed what I heard, but to be quite honest I don’t think the National was the right venue for them. I talked to a few of the kids at the show and they expressed how seeing them in a smaller occupancy venue made more sense. I could totally see that. Unfortunately, if I caught the band again it would probably be by accident more than intentionally.

Thrice was up next and their set leaned heavy towards their past couple releases. I have seen news postings about the newer records, but I never got around to hearing them. I seem to remember Thrice being louder when I used to see them. At least, they sounded a little noisier and dirtier back then. They only played a single song off of their third full-length The Artist in the Ambulance. I understand and respect the fact that the band was given a limited amount of time. As a result, they wanted to showcase more of their recent material. It is a shame that the band doesn’t use any of their set time to acknowledge their fantastic second release The Illusion of Safety. That just plain sucks in my eyes, but whatever. 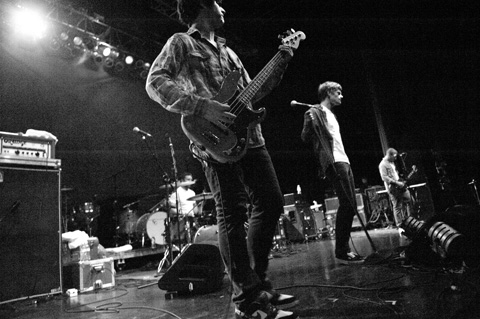 Technically speaking, the band has truly grown into their own and it seemed like the audience really dug what they heard. If I had a chance to sit down with the new Thrice records, I would certainly be down for giving them a chance. I just don’t know if that moment will come any time soon.

Now, it was time for the band I had eagerly been anticipating seeing for a couple months now. Brand New hit the stage with their instrumental noise-fest “Welcome to Bangkok.” I knew I was in for something, but I’m not sure I expected what to follow. 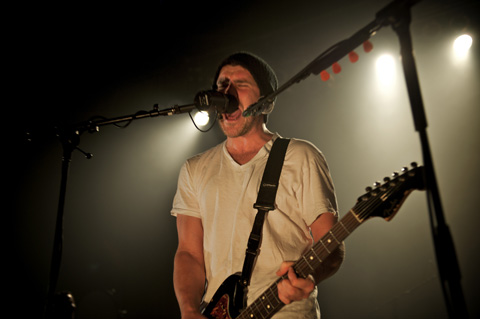 The band played an impressive set that helped showcase their last two releases as well as a few choice cuts from Deja Entendu. The band was spot-on for most of their set. When they clashed “Vices” and “Gasoline” together, they worked amazingly. Both songs also fit well as far as a collective tale. It was nice to hear old songs like “Sic Transit Gloria (Glory Fades)” and “Play Crack the Sky” live.

The visual backdrop that accompanied the band was exciting as well. The backdrop was a distinct repetition of videos that set a mood while also allowing particular lighting to layer silhouettes of the band members on the screen.
All in all, the band performed well and it was a reminder as to why I am still a fan of Brand New so many years later. The show just kind of bugged me. 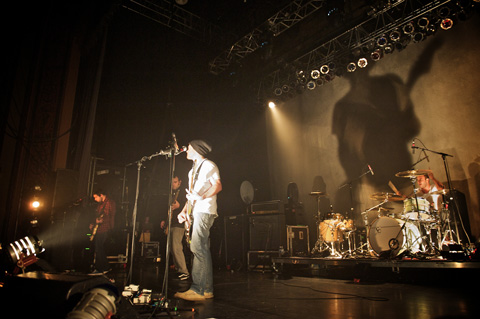 One of my favorite songs off of their record The Devil and God are Raging Inside Me is “Limousine.” It’s an incredibly sad tale. To elaborate the true story it is based on, essentially it’s about an all-American football player who drove the wrong way down a highway drunk and struck a limousine dead-on. The limo driver and his child passenger were both killed. The child was decapitated as a result of the accident. Her parents were in the limousine behind the destroyed vehicle and the mother exited the vehicle in search of her child. She discovered what happened and sat on the side of the road. While nursing her daughter’s head, she waited for emergency vehicles to arrive. The song was powerful live, but other videos I have seen of it performed made this time feel subdued. Singer Jesse Lacey played the song by himself on his electric up until the final two refrains and from there, the rest of the band joined in. It felt haphazard and I honestly felt that it didn’t give the song the justice it deserved. I know this is a moot and incredibly nitpicking point, but it still irked me.

At the same time, it seemed really intense to hear younger audiences singing along to the subject matters that the band writes about. Brand New explores the darkness that surrounds us all and I am encouraged to hear people get really excited about a band like this still. Yet, it seems really nuts to hear a chorus of teenagers singing about drunk drivers and that’s why the singer is losing his friends. 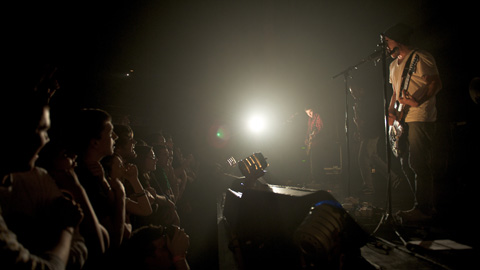 The show left a bit to desire, but I enjoyed everything I saw. This may be the last time I see any of these bands live though. I think I’m alright to have this be my last memories of Brand New in a live atmosphere. I wasn’t disappointed by the show. As I left, I picked up Brand New’s Daisy on vinyl.

I proudly carried it around while I caught Amazing Ghost later. I won’t lie though. I think I had a better time dancing around and drinking with friends to Amazing Ghost. 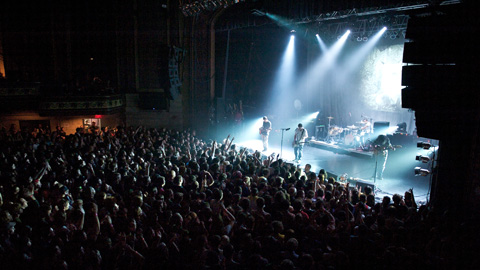 It was nice to take a vacation to nineteen years old again though.

For more information about Brand New, please check out www.brandnewrock.com

For more information about Thrice, please check out www.thrice.net

For more information about Crime in Stereo, please check out www.crimeinstereo.com

Lastly, for a really interesting article about Brand New that was written by ESPN Writer Paul Shirley, check out http://sports.espn.go.com/espn/thelife/news/story?id=4596985
(It’s definitely worth checking out)