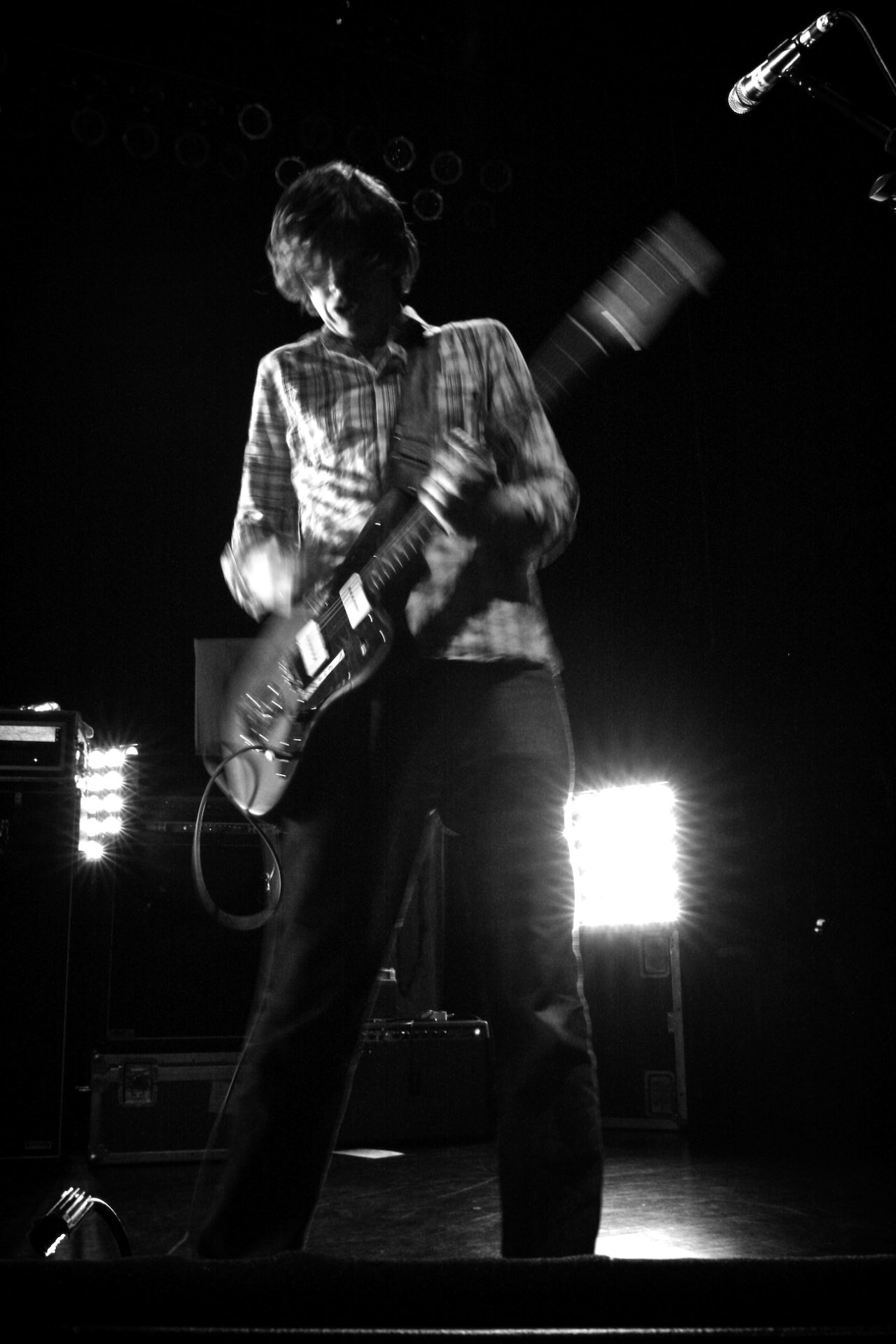 Writing about Sonic Youth’s recent live shows can be a Sisyphean task for longtime fans. On one end of the spectrum, there’s the grumpy part of me that wants to stress just how disjointed the sound is at the National and how few, err… hits were played at last night’s show. And on the other end? They’re fucking SONIC YOUTH. No one does what they do the way they do, and no other band played as important a part in my musical education as they did.

Writing about Sonic Youth’s recent live shows can be a Sisyphean task for longtime fans. On one end of the spectrum, there’s the grumpy part of me that wants to stress just how disjointed the sound is at the National and how few, err… hits were played at last night’s show. And on the other end? They’re fucking SONIC YOUTH. No one does what they do the way they do, and no other band played as important a part in my musical education as they did. 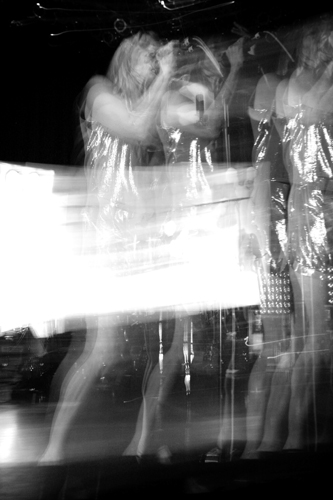 For me, the most exciting part of the show happened before a single note was struck by the band. Apparently, Sonic Youth is the only band that can bring every Richmond band from every conceivable genre crawling out off of their porches to Broad Street. It’s a truly satisfying (and depressingly rare) sight to see people from the city joining together in a sort of giddy ecstasy over the same band. More than any other band, Sonic Youth have managed to be all things to their audience. They served as a gateway drug to the underground for many, they have pop nuggets in games like Rock Band, they have improv noise jams, and their new album, The Eternal, is a Black Metal reference. 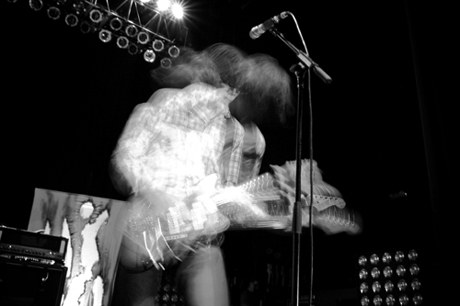 After an extended howl from the audience, the band barreled into “Incinerate” off of Rather Ripped, which illustrated perfectly my fence sitting about the show. I really love some of the songs off of the band’s recent albums, and I’ve got more than my share of reverence for a band that can keep on ticking after all these years without lapsing into an alternate-universe Stones. The problem is that their set relied almost exclusively on material from their new album, with the exception of the one-two punch of “The Sprawl” and “Cross the Breeze”, which was a mighty reminder of exactly why the band is here in the first place. I can count the bands on one hand that can slip back 21 years into their catalog without losing any of their fury. And then, after that rush of nostalgia and power, the audience was treated to almost every other track from The Eternal. Mind you, the band has every right to do what they want at this point, and I’m truly glad that they haven’t become a nostalgia act, but after preparing for the show by listening to the new record over and over, and coming to the conclusion that it was a pleasing but slight entry into the catalog, I wasn’t thrilled. 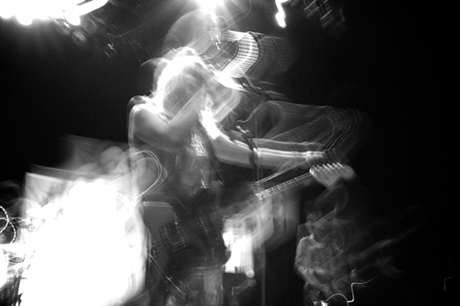 That said, I brought one of my friends along who had never seen the band or heard anything from them aside from Dirty, and she was absolutely mesmerized from start to finish. Sonic Youth will always be one of those bands that give people tiny revelations in their songs, and gatekeepers to kids who always wanted to shove screwdrivers and drumsticks into their guitars but needed someone to tell them it was okay. 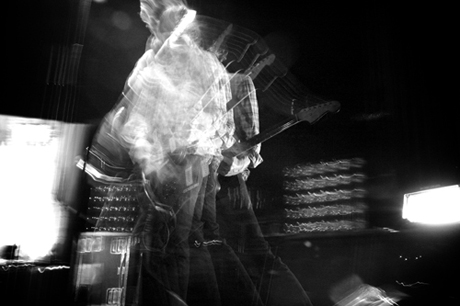 After getting to the second encore with no more 80’s or 90’s material, I had all but given up on hearing anything but more Dead-style jams from their new album. Of course, this is when they kicked into “Death Valley ‘69” off of their 1985 masterpiece Bad Moon Rising. It was noisy, cathartic, and a thousand other flashy adjectives that don’t come close to describing the sheer force of a band reaching towards the peak of their powers. Sure, their best moments still come from material that’s over two decades old, but really, who else is going to do it? 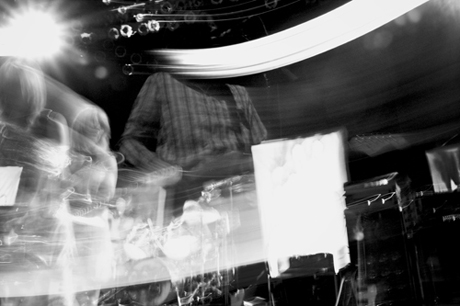 ABOUT WNRN
STU-COMM was established in mid-1993 as a Virginia non-profit corporation with the purpose of building a non-commercial FM radio station for the Charlottesville-Albemarle area. That station came to the airwaves in August 1996 as WNRN. WNRN offers cutting-edge modern rock programming to intelligent, educated, upscale listeners from 18 to 49. STU-COMM’s Board of Directors is committed to providing the Central Virginia community with a contemporary music radio station suited to the needs and lifestyle of the area’s large academic and professional population.

WNRN is solely supported by donations from listeners and by business underwriting. There are no commercials. We invite you to explore our site, to listen to our live broadcast, to participate in the listener survey, and to send us any comments or questions you have about our program or web site.

If you like WNRN and want to help us stay on-the-air, you can pledge your support online, or, if you represent a business, you can find information on how to show our listeners your support of public radio.