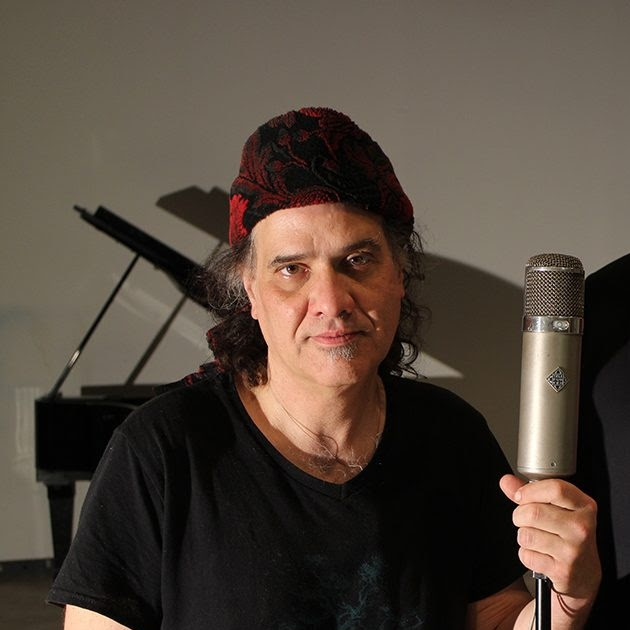 John Morand has been making punk records since the 80s. The longtime producer and co-founder of Scott’s Addition’s Sound of Music Studios has worked his magic for countless bands from local groups like GWAR and Lamb of God to bigger names like D’Angelo and Cracker and even Hanson.

But tonight, he will release his debut solo record, Scott’s Addiction, material that the sound engineer’s been working on for the last three years and for the first time in a long time, he’ll be at the front of the stage instead of at the drum set or behind a control booth.

“It’s been really good for me as a producer to do a record, because you kind of forget about everything involved in it, you can tell someone to go out there and sing that song, but it’s hard being a performer and you kind of take that for granted when you work with really good people that it’s going to be easy,” said Morand.

The show tonight will be the first time in quite awhile that the producer has stepped onto a stage. The last time Morand played in a band was in the late 90s when he played drums for Burst Into Flames. He was also the drummer for other longtime local acts The Future Neighbors and Mutilating Mummies.

“The difference between being behind the drums and having to stand up front and play the guitar and look at people and sing is really scary,” he said.

The album actually spurred out of necessity when Morand broke his arm two years ago.

“It was sort of a form of therapy and part of my arm getting better was learning to play guitar. I’d only ever been able to play guitar kind of enough to make my way through a song,” he said.

Busy spending 12-hour days editing, recording, and tinkering with other people’s music, there wasn’t much time to focus on his own. But, Morand said he’d go back to it here and there and once things at the Altamont Avenue studio calmed down, he could start to focus on his personal project again.

“Over the years, as things got more established, I realized I could do both,” he said. “In November, we were having a meeting about the {Richmond International} film festival, and I was like ‘oh, we’ll release my record this week, but it wasn’t close to being mixed. Literally, we just put the band together within the last few weeks, but it’s been really fun playing.”

And to bring this 10-track lo-fi poppy punk record to life, Morand recruited a cadre of local musicians who are featured throughout including Séyla Hossaini (bass/vocals) and David Pahtoon from Toward Space, Callie Addison from The Smirks, James Toth from One Eleven Heavy, Tommy Crisafulli of Imaginary Sons, and David Lowery, Morand’s former Sound of Music partner and co-founder of Cracker along with a few others.

“I don’t have to have like the biggest record in the world it was just sort of a way of getting my thoughts down and having fun with my friends. So, it was a way to get back in touch with some people that I hadn’t worked with in a long time or I hadn’t seen in a long time and do some parts,” he said of the album.

Morand wrote all of the songs except for one and sings, plays guitar, and drums on Scott’s Addiction. Rounding out his backing band are Mike Linn from punk rock band Deprogrammers on drums, Doc Thomas on bass, Nick Wisher on keys, and Charles Nill on guitar.

He’s dropped a video ahead of the album release party for garage pop-rock single, “Needs of the Narcissist” which pokes some fun at our current political situation.

“It was about this time last year, this was just after Trump got elected and we were all sort of really stunned still, and then Charlottesville happened, and that ‘narcissist’ word kept getting batted around, and then Kellyann Conway having to get up there and say the alternative facts line and the whole idea of fake news was so intriguing,” Morand said of the video.

But Morand said Scott’s Addiction isn’t political, but rather an “ode to the rock and roll lifestyle and feel good songs,” along with a cover of Cracker’s “Darlin, We’re Out of Time”, a few songs about his 11-year-old daughter, Aurora, and the studio’s neighborhood home, which they moved into in 2015.

“I’ve always loved this neighborhood since the Pyramid Club in the early 80s all kinds of great bands played there,” he said. Some metaphors to addiction also make their way into the record, from not being able to leave music to friends and fellow musicians that have battled with addiction.

“It’s also the idea of addiction when you’re working on a song, it’s the thing at the forefront of your mind, even though you’re trying to have a conversation with somebody really what you’re thinking about is getting back to that song,” Morand said.

Bob Strickler, a Richmond-based tour manager for major acts like AWOLNATION, Logic, and Avenged Sevenfold helped with the mixing of Morand’s album along with Wayne Pooley, a partner at Sound of Music Studios. Having that extra set of hands and ears was a refreshing change according to the producer who is usually the one calling the shots.

“It was nice to have at least some input from somebody from the outside,” he said.

Morand will release his album Scott’s Addiction tonight at Sound of Music Studios of course. The show starts at 8 PM. And be on the lookout for his upcoming projects including a True Crime podcast on the Southside Strangler, a new Grim Smiley record, and several new video projects.