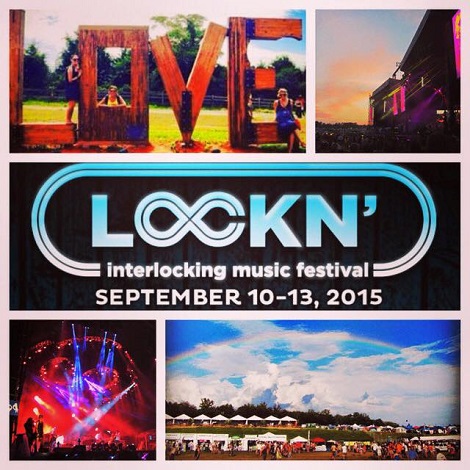 In just a few weeks, thousands of music and festival lovers will flock to the Oak Ridge Farm in Arrington, Virginia for the third annual Lockn’ Festival.

In just a few weeks, thousands of music and festival lovers will flock to the Oak Ridge Farm in Arrington, Virginia for the third annual Lockn’ Festival.

Lockn’ has been growing since its inception in 2013, and last year 30,000 people attended the four-day music festival, which prides itself on a consistent lineup of rock and jam bands, sustainable practices, and locally sourced food and beer.

But with the music festival scene exploding and more and more coming out every year, each one competing to top the next with its lineup, attractions and fancy accommodations, one wonders how the little guys survive?

RVA had a chance to talk with a few guys that have been with Lockn’ Festival since the beginning and they shared a few of their secrets on what it takes for a festival in the middle of nowhere Virginia to keep attracting attendees and keep growing.

“You want a place that’s a great place like Red Rocks that people would want to go anyway,” said co-founder of Lockn’ Dave Frey. “You want it to be in a good location where it’s remote, but also close to a large population, then you got to pick when you’re going to do it.”

Frey has a long history in the industry so he didn’t go into this blindly. He’s been booking shows since 1983 and launched his own firm Silent Partner Management where he represented Blues Traveler, Cheap Trick and The Ramones in 1992.

Peter Shapiro, the other half of Lockn’ is the publisher of Relix Magazine, and ran The Wetlands Preserve, a former nightclub in New York. This is where the two would cross paths.

“I managed Blues Traveler and back in the early 90’s late 80’s, Blues Traveler played Wetlands for a couple years, like every Monday night,” Frey said.

In 2008, Frey moved to Charlottesville and the gears started churning from there.

“We were like you know, we’ve gone to a lot of festivals we thought we’d start a festival together,” Frey said.

The two looked all over the country for seven or eight months before Michael Allenby, who runs The Festy, a music festival at Devil’s Backbone, brought him to Lockn’s current home, the Oak Ridge farm.

Music Festivals have grown and shifted over the years to small hometown celebrations, to touring music festivals like Vans Warped Tour and Mayhem Festival, to commercially-driven massive outdoor festivals like Bonnaroo, Lollapalooza, Firefly, Coachella, South by Southwest, the list goes on and on.

Frey said keeping the lineup consistent and keeping things local separates their festival from the others out there today.

Major festivals like Bonnaroo were once local, all jam bands years ago, but have since expanded to a diverse, multi-genre lineup whereas Lockn’ has managed to stick to jam bands and rock music for their lineup since the festival first started.

“What’s really great and unique about this with Peter and I is we’re like minded in our musical tastes and we’re trying to book a show that we’d like to see,” he said. “I don’t know how other festivals do it, but that’s our criteria so we just feel incredibly lucky that we’re not standing alone in a field by ourselves.”

The festival doesn’t have any overlapping acts either like many of the other major festivals according to Frey.

Frey added that it puts a strong emphasis on the music when there’s only one band featured at a time and it makes for less distractions. 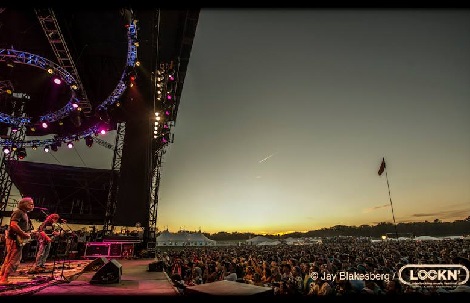 About 70 percent of the 30,000 people that come to Lockn’ hail from nearby states, and Frey hopes to expose that Lockn’ audience to Virginia’s local food and beer options.

To help them bring in the local food and beer options, Lockn’ Festival enlisted the help of Ben Thompson, Food and Beverage Coordinator, who’s been with the festival from the beginning.

Thompson said the festival can attribute their success to local businesses like Virginia craft brewers and food vendors from the area.

“Its key to any show, you look at some of the iconic shows around like New Orleans Jazz and Heritage festival, well that wouldn’t be that show without soft shell crab po’ boys and Crawfish Monica,” he said.

“The big focus we have is getting a good balance between how do we satisfy high volume demands of a show like this, but then there’s this whole other aspect of ok, well how do we get these guys who make really good tacos at our farmers market, how do we get them to engage this crowd?”

New this year, Thompson said the festival is piloting a pop-up restaurant called “Squeal or Scream.”

“The concept is you choose as a table what you’re going to eat and it’s either going to be a good Virginia barbecue or a low country boil,” he said. “It brings a different style of eating in for our crowd.”

You can check out all of the festival’s new food options here. 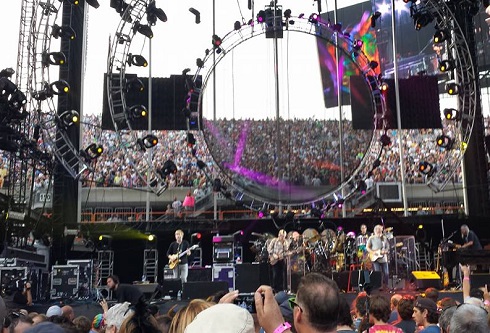 The festival went through between 1,200 to 1,500 kegs of beer last year and this year Lockn’ was ale to snag 13 Virginia craft brewers and wineries in addition to its main sponsors including Blenheim Vineyards, Blue Mountain Brewery, Devil’s Backbone and Black Heath Meadery.

“We have a high volume dependable platform and then we have a little bit of a slowed down ability to engage a different type of experience where a local winemaker can talk to people who are drinking their wine,” he said. “You’re not going to see this Heineken green all over this whole thing with nothing local involved.” 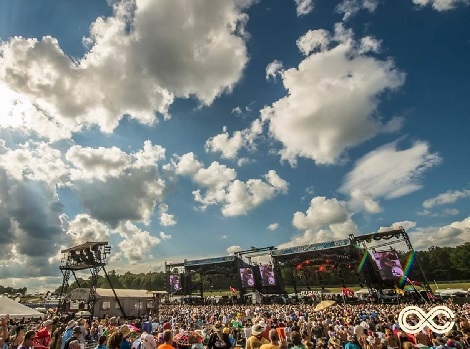 By keeping things local, Thompson said Lockn’ Festival stands the chance to grow each year and become something big.

“I’m really excited for people to come and support Virginia, I think we have a chance for this fest to be a mainstay and iconic thing for people to come to and I hope that everybody comes and enjoys themselves and shows their support, “ he said.

Check out our coverage here on some of the must-see acts for this year’s Lockn’ Festival!

We’ve also got a pair of tickets to giveaway, head on over to our Instagram page and follow the directions below for your chance to win! 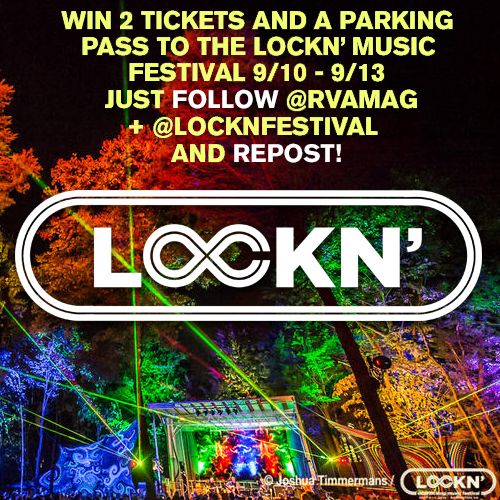