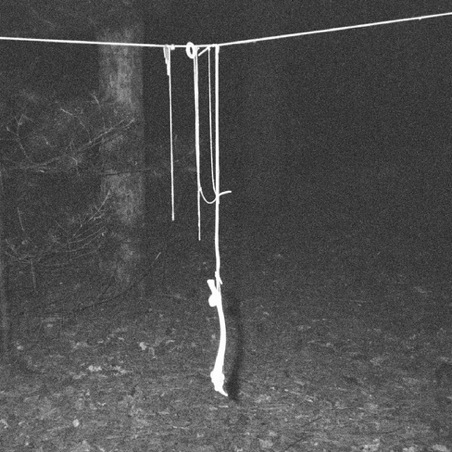 Witch House: Listen With The Lights On

“On the internet, there is no real underground anymore. So if you wanted to create an underground for yourself, the first thing you might do is generate a sort of lexical darknet by using keyterms search engines can’t parse.”—Warren Ellis

Genre neologisms piss me off. They’re invariably used as the hook for a trend piece based around bands whose musical etymologies are clear and obvious–at least they are to me, the consummate music nerd. I rage at articles about chillwave or glo-fi. This isn’t a new development for me–twenty years ago, as a high school student who thought I knew everything, I found the term shoegaze nauseating. And don’t get me started on screamo. No, seriously, don’t.

“On the internet, there is no real underground anymore. So if you wanted to create an underground for yourself, the first thing you might do is generate a sort of lexical darknet by using keyterms search engines can’t parse.”—Warren Ellis

Genre neologisms piss me off. They’re invariably used as the hook for a trend piece based around bands whose musical etymologies are clear and obvious–at least they are to me, the consummate music nerd. I rage at articles about chillwave or glo-fi. This isn’t a new development for me–twenty years ago, as a high school student who thought I knew everything, I found the term shoegaze nauseating. And don’t get me started on screamo. No, seriously, don’t.

As I grew older, I eventually learned that anyone who wishes to communicate on a widespread level must refer to things by the names most commonly used for them. Sticking by a stubbornly held principle that doesn’t matter to anyone but me is hardly worth it in light of the confusing conversations that ensue. I give a detailed description of a certain genre whose most universally-recognized name bugs me so much that I don’t want to use it, only to have the person listening to me finally realize what I’m talking about after five minutes. “OH!” they say, the lightbulb coming on. “You mean screamo?” Sigh. “Yeah, I guess I do.” Quit tilting at the imaginary windmill, Don Quixote!, I admonish myself privately. Just call it screamo. Call it shoegaze. Call it whatever dumb name everyone else uses for it. 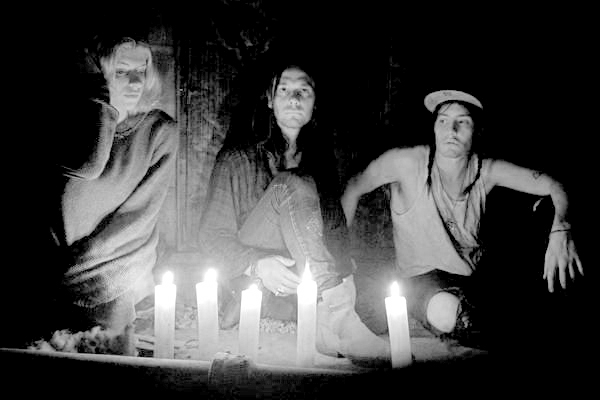 I haven’t had this fight with myself where witch house is concerned, though. As a genre, witch house invaded my consciousness two months ago, and the appropriateness of the genre classification was immediately apparent. With their lo-fi ambience, dark electronic textures, and the distinctive sound of a previously chewed cassette playing on a Fisher-Price tape recorder with rapidly dying batteries, the witch house groups I first encountered used vague hints and seemingly random juxtapositions to call forth primal fears from the darkness of my subconscious mind. A perfect example is GR†LLGR†LL’s video for “if u cAn dR3Am – pRinc3ss3s​” (NSFW), which begins with slow-motion footage of former So You Think You Can Dance contestant Jessica King tossing her hair, then moves through poor-quality clips of drunken party girls stumbling around, making sexual advances or drunken accidents of themselves (sometimes both at the same time). Overtop of this footage floats an ambient, warbling hum, made up of high-pitched human voices and droning synths, dragging like a manually slowed-down tape (another name for this genre is “drag”). On its own, this footage may generate schadenfreude, or it may seem sad and pathetic. But with the soundtrack GR†LLGR†LL supplies, it becomes frightening, as if the ominous implications suddenly overcome whatever emotional distance the listener is able to create between themselves and the images they’re seeing.

You’ll notice that band is named GR†LLGR†LL, a name partially composed of typographical glyphs known in some circles as “wingdings.” These glyphs are a common theme in the world of witch house, with triangles and crosses dominating. A partial list of witch house groups would include, in addition to GR†LLGR†LL: oOoOO, B▲L▲M▲C▲B, †‡† (aka rrritualzzz), and SLEEP ∞ OVER. Of course, it’d also include the more typographically standard White Ring, Mater Suspiria Vision, and Salem, so it’s not as if the obscurantist band name is a requirement for inclusion. However, it does add to the creepy, mysterious atmosphere surrounding the genre. 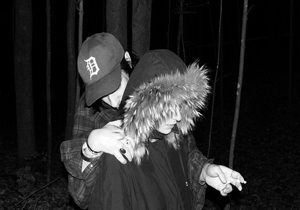 Salem, one of the first groups to release work bearing the witch house aesthetic, have just released a new mixtape, I BURIED MY HEART INNA WOUNDED KNEE. It arrived in our inbox sometime last week, but I waited several days to listen to it. Its cover, a black-and-white photo of rope stretched across a clearing in the middle of a forest at night, was enough to let me know that I’d be in for a frightening musical experience. And don’t get me wrong–I enjoy being scared by pieces of art. The witch house genre as a whole caught my attention so quickly precisely because it awakened primal fears inside me. And Salem’s new mixtape, an unbroken 43-minute mp3 featuring no tracklist, no clue as to what it contains or what percentage of it is original music by Salem vs. remixed material by other artists, activates those same emotions. My favorite moment as of right now comes at about the 25-minute mark, when a solo acoustic artist, perhaps an old blues singer, appears at the forefront of the mix, strumming his guitar and singing. The sound is distorted and slowed down to the extent that any real analysis of what we’re hearing is pure guesswork (the preceding sentence is my best guess). What is audible most closely resembles the mournful howl of an ancient monster from a Southern folk tale that scared me as a child. The monster is howling from deep within the forest, searching for his missing toe (do you know this story?). But we only hear him for 45 seconds or so before he’s abruptly replaced by a much more dissonant clanging beat that evolves into the most extreme version of screwed n’ chopped hip-hop that you’ve ever heard. I’ve heard Salem compared to Houston’s slowed-down syrup-sippin’ DJ scene, and at moments like this, I can understand why. 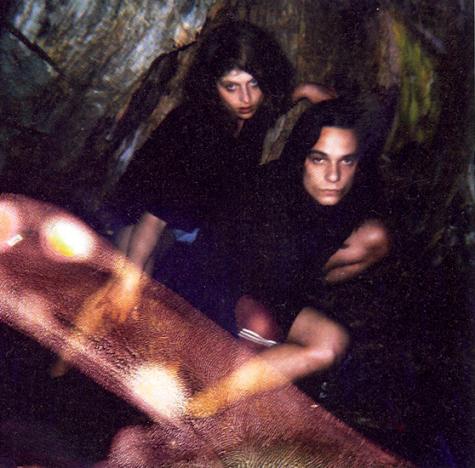 But my overall impression of I BURIED MY HEART INNA WOUNDED KNEE comes from a much wider array of reference points. There are hints of obvious witch house forerunners, such as the ghostly English dubstep of Burial, which sounds like a drum n’ bass DJ night as heard from deep within the sewer tunnels beneath the club; or Broadcast, whose 2009 collaboration with The Focus Group, Broadcast and The Focus Group Investigate Witch Cults of the Radio Age, was the apex of the “hauntology” movement within electronic music. Hauntology’s goal, to draw from abandoned ideas of the past to create an alternate cultural present that has never actually existed, seems similar to the implied goals of witch house artists, who scavenge from the present and use unexpected juxtapositions to create a disturbing musical collage from generally benign sources. The aesthetic experience of listening to this collage is one of wonder, awe, and terror, emotions fueled by the amount of information being withheld from the listener. Fear is generated through foreboding implication, and while it might be dissipated by learning the source of the mysterious sounds you’re hearing, that information is something you will never receive. The feeling is similar to that of hearing The Conet Project, a collection of recordings of short-wave “numbers stations.” It evokes emotions similar to what the record collectors of the early 60s must have felt when listening to rediscovered Depression-era blues 78s for the first time, wondering at the spectral resonance of Charlie Patton’s “Screamin And Hollerin The Blues,” or Blind Willie Johnson’s “Dark Was The Night, Cold Was The Ground.” There is much to unpack here, buried within Salem’s dense accumulation of distorted sound. But it will take a lot of work to uncover it all, and if you’re going to dig too deeply into it, it might not be advisable to do so late at night, when you’re alone in the house.

Salem’s I BURIED MY HEART INNA WOUNDED KNEE is a free download, available here. To learn more about Salem, or purchase their records, visit their website.