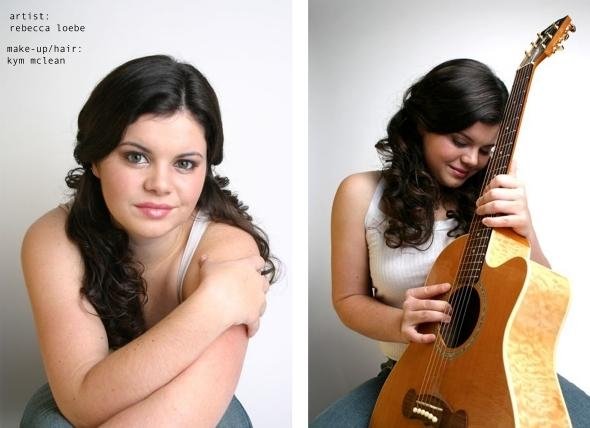 Work Is Never Over: Rebecca Loebe at the House of Real Toys

It might be hard to formulate a definable preconception of music described as “post-brontosaurus indie/folk crunk”, and to be honest, I don’t really know what it means. But it’s cute, and if the press photos are any indication, so is the musician self-applying that laboriously long classification.

It might be hard to formulate a definable preconception of music described as “post-brontosaurus indie/folk crunk”, and to be honest, I don’t really know what it means. But it’s cute, and if the press photos are any indication, so is the musician self-applying that laboriously long classification.

A cursory glance at the lyrics, however, indicates that appearance is as far as the innocence extends into the creative identity of Rebecca Loebe. Her music stretches effortlessly through genre, at times folky, and at others smoky, pseudo-ragtime arrangements with a biting, irreverent poetry that falls in love easily and induces reciprocation from the listener. Her voice is wide-eyed and velvety, and imparts a sense of intimacy that is rarely achieved in recording.

Rebecca Loebe is coming through Richmond this Wednesday, November 4th to perform the inaugural show at the House of Real Toys, just outside of city limits in Varina, and celebrate the release of her first full length album, “Hey, It’s A Lonely World”. I shot her a few questions about life, love, music and philosophy, which in the great tradition of touring musicians, she responded to from a Wi-Fi hotspot somewhere on the road.

You have Tom Robbins listed under your influences on myspace. What is the role of literature in the inspiration of music? Does it extend beyond the lyrics? And, because I too am a fan of Robbins, what’s your favorite work of his?

There has only been one case I can think of in which literature has specifically influenced my lyrics, and that’s a song that I wrote called The Awakening by Kate Chopin. In general, I feel like every book I read (or song I hear, movie I love/hate, to get broader) becomes a part of my consciousness, either by introducing new ideas, giving me a new perspective on a situation, making me realize what I do/don’t agree with, etc. Tom Robbins-specifically…I’ve only read 5 of his books, and it’s extremely hard to pick a favorite, but today I’m going to go with Fierce Invalids. So damn good.

Your music is emotionally charged, and tends to thrive in the areas of love and politics. Can a love song promote a social vision? What transforms an individual experience into a liberating story for those who hear it?

What I love about songs is that, no matter what I am thinking or speaking about when I write it, the final experience is greatly determined by the interpretation of the listener. The same song can mean something totally different to each of 10 people listening to the same song in the same room. That simple fact makes the whole process so collaboratively…I try hard to write my songs from the place of my truth, and I love to see where the go when they land in other people in the place of their truth. 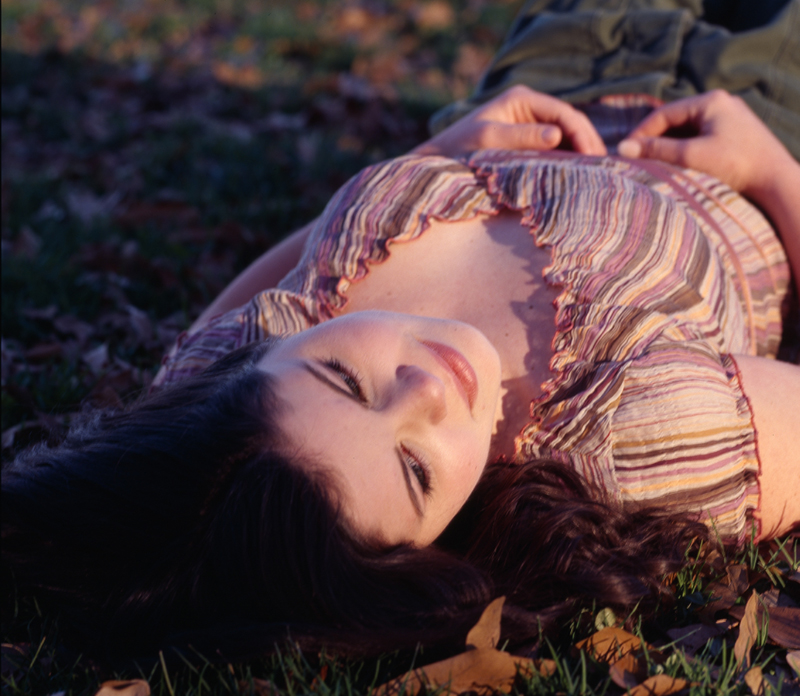 Your love songs seem divided between those written to males and females. Is this an adoption of an identity based on amorous fluidity, or a rejection of the need to define yourself by the gender of those you love? Or am I just misinterpreting your lyrics completely?

I’ve just this year started experimenting with writing from a male perspective. I think the first song that I did that in was “Marguerita,” which I wrote after hearing a piece on NPR about the INS raids of the Agriprocessor plant in Iowa last year. 397 people were arrested, most were deported…If there were children in the home, women were allowed to stay, but with ankle bracelets on house arrest. It created this enormous humanitarian crisis overnight (homes with children suddenly without income, not to mention the immediate shutdown of the plant resulting in job loss for the hundreds of legal workers at the plant…it was a mess). Anyhow, the story that I heard made me really think about the nitty gritty of what it would be like to work so hard so far from home. It doesn’t really have as much to do with gender fluidity (wish I could take credit for that), as it does trying to get in a headspace far, far from my whitebread suburban upbringing.

Stylistically, you range from fairly straight forward folk ballads (“California”), to pop (“Trenches, dear”), to more experimental, rag-time-esque, really driving, high energy tunes like “Stronger”. You seem to move pretty effortlessly through the genre spectrum. Where do your songwriting foundations lay, and in what direction do you feel you are moving? Are we going to see more stripped-down folk in the future, or more complex arrangements?

I’ve been touring solo for about 4 years, and really love connecting with an audience on stage by myself. I’m in the very early stages of experimenting with trying to achieve that same feeling of intimacy while performing with other people on stage with me. One thing I would really love to do once I get more comfortable/experienced playing with a band is record an album live to tape, with everyone in the room, recording into very well placed mic (I went to school for audio engineering, so I tend to get kind of geeky about this stuff. I’ve worked in studios and definitely seen how over labored the recording process can get, and capturing an event live into one microphone, as every Robert Johnson recording was created, for example, seems like the ultimate in cathartic simplification to me).

A question of limited interest and selfish curiosity: Having gone to high school in Northern Virginia, I’ve always found the cultural blandness and pervasive materialism and reliance on status symbolism to be stifling, and yet my rejection of the cultural values there fuelled a creative rebellion that has probably led to my compulsive self-expression now. Did you experience any of that suburban angst? How did your upbringing in NoVa effect your artistic development?

Ok, this is going to seem really lame and uncool, but I don’t really have any complaints about my upbringing. My parents are wonderful people who were all about balance, moderation and safety. We moved from NoVa to Atlanta when I was 8, they tucked me in at night, were very patient with me when I was a teenager who wanted to be 35 as soon as I turned 14…Yes, it sucks driving all over the country and seeing the same BestBuy/Target/Home Depot/Starbucks shopping center over and over and over again, but in general I come from a really loving place where the people around me have always done the best they could and been very generous with their emotions. So I’m happy. 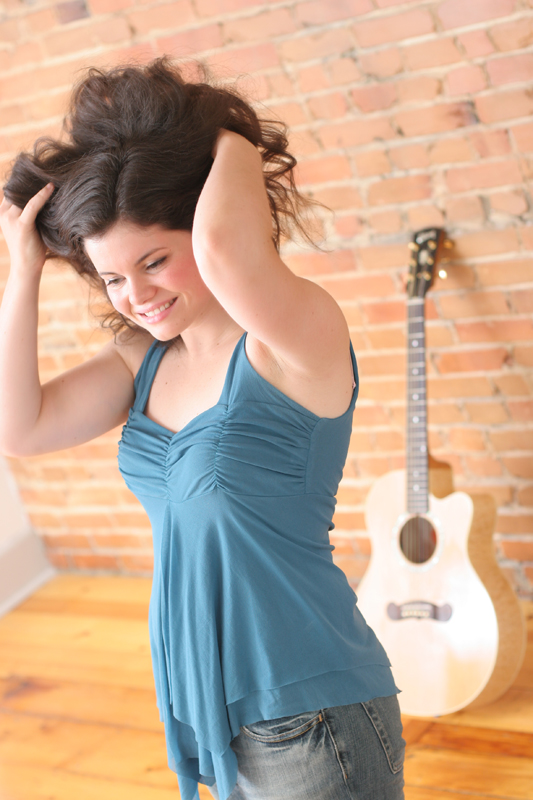 Stage, bonfire, coffee shop, living room…where do you feel most at home playing a show/which environments do you feel suit your music most appropriately?

You know, I’ve played in so many situations in the past 4 years….the common thread between the places that I’ve enjoyed the most seems to be the level of connection I’m able to achieve with the people receiving the songs. I love being able to look into people’s eyes when I sing for them and see the ideas land on their faces as they pass through me. I do love bonfires, though … I can smell it on my clothes and in my hair the next day and it always makes me happy 🙂

What is your music the soundtrack to? What do you imagine people doing while listening to your songs?

Ha — you know, I know the answer to this one! A few weeks ago, my friend Ash said to me after a show “Becca, it’s like you’re singing the soundtrack to our messed up lives.” I guess it’s safe to say that my new album is the soundtrack to the exploits of a small clan of 20-somethings in Midtown Atlanta (of which I am definitely one). I like to think of people cooking and making love to my album, but I have no idea if either actually happen.

For more information on the show, and to RSVP, the event’s Facebook page can be found here: http://www.facebook.com/event.php?eid=301569360382&index=1
You can hear her music at her Myspace page here: http://www.myspace.com/rebeccaloebe (My personal favorite is “Stronger”, but they’re all worth checking out.)
To find out more about the singer/songwriter, you can visit her webpage at http://www.rebeccaloebe.com