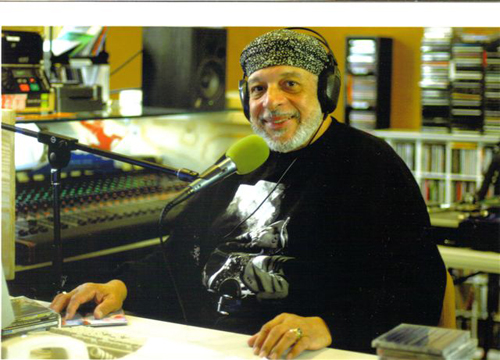 WRIR SHOW PROFILE: Bebop and Beyond with Mr. Jazz

It’s a beautiful Sunday afternoon. You may be strolling through Byrd Park enjoying the smooth, rhythmic waves in the midst of the ponds. You may be running some last minute errands before the next workweek while noticing the scat-beat of human and automobile traffic. While turning the dial on the FM, you may wonder if there is any station that offers a faithful, honest portrayal of every color and form of jazz. Look no further than WRIR from 9am-1pm on Sundays. The first two-hour set starts with New Orleans Roots and More hosted by Bill Thomson followed by a second two-hour set by Mike Gourrier (a.k.a. Mr. Jazz) entitled Bebop and Beyond with Mr. Jazz.

Gourrier is the Jazz Director for WRIR. His experiences with the genre began at an early age. He was raised in the birthplace of Jazz. His love for Jazz only acted as a catalyst for wanting to be involved in community radio. Having spent twenty-four years on WWOZ-FM in New Orleans, his primary purpose was to share the music he loved so much with that listening audience. After the tragedy of Hurricane Katrina, he was displaced from his home.

This is how he ended up on WRIR. Since the station hit the airwaves, the time slot of 9am-1pm has been relegated to Jazz programming. In August of 2007, Gourrier was awarded a First Place Award in the Media Category from Richmond City Magazine for his radio show. By October of 2008, he was named the Jazz Director of the Station. Now thirty-five years later, he is still actively involved in the genre as well as community independent radio.

Although Gourrier’s commitment to Jazz is well noted, in his opinion the commitment of the country around him to the art is in serious question:

“Jazz is America’s Original Performance Art Form. Unfortunately, America is not an art appreciative country. There is minimal support from the government. For example, compare the budgets of the National Endowment for the Arts and the Defense Department. Arts are the first areas pared down when School Systems have to deal with budget cutbacks. In there formative years, kids do not get the exposure to the arts as they do the material on commercial radio and on television.”

It is unfortunate that WRIR cant offer more time for Jazz Programming. With an incredibly eclectic mix of genres as well as a mission statement to showcase as much as they can, it’s nearly impossible to make room for everybody. Fortunately, we have jazz aficionados like Thomson and Gourrier to educate us and electrify our ears with the groove and cadence of this magnificent genre in all its colors and forms.

For more information about New Orleans Roots and More, please visit this link to view past and present playlists http://wrir.org/x/modules/news/index.php?storytopic=172

For more information about Bebop and Beyond with Mr. Jazz, please visit this link to view past and present playlists http://wrir.org/x/modules/news/index.php?storytopic=133