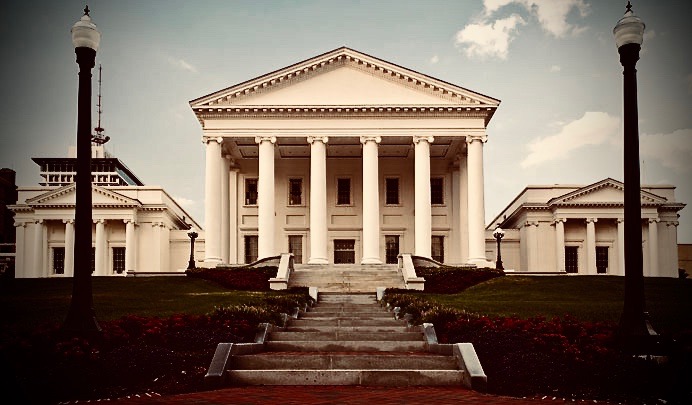 A single vote brought victory to Shelly Simonds in the House of Delegate race yesterday, but after the three-panel judge reviewed the recount, it looks like a single vote has taken that victory away.

At issue was a single ballot marked for every Republican, and for Simonds and incumbent David Yancey. Officials yesterday agreed that it should be thrown out, but one official, Kenneth Mallory, changed his mind and wrote a letter asking that the ballot be recounted. Attorneys for Yancey submitted the letter over objections from attorneys for Simonds.

After hours of examination, the judicial panel announced that they would count the ballot, bringing the final total to 11,608 for each candidate, ending the race in a tie. Virginia law mandates that ties be determined “by lot”, meaning that the decision will come down to luck.

The vote will likely be determined by choosing between two film canisters at random from a glass bowl; each canister will have the name of a single candidate in it. The game of chance can also be contested, which would result in a second recount.

Social media users have responded in disbelief after seeing the ballot, posted by Jordan Pascale of the Virginian Pilot, which has lines or cross marks through bubbles next to both Ed Gillespie and Simonds. 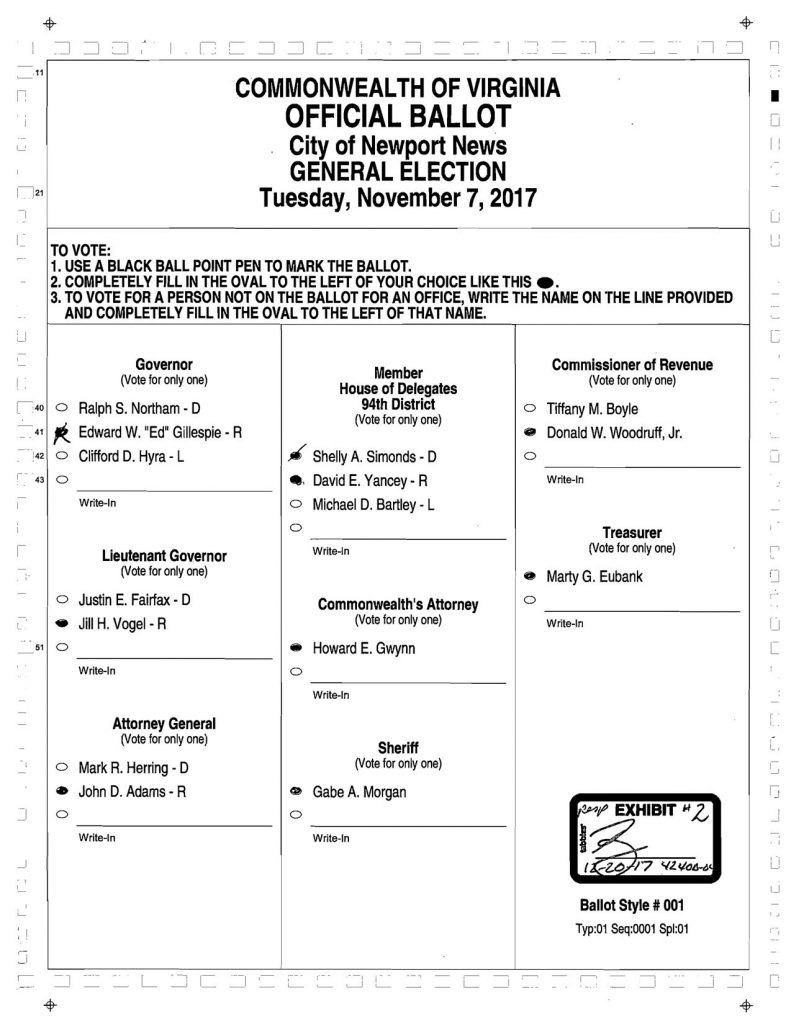 The ballot in question

That is a spoiled ballot.
Who appointed these judges?
What is the law about "judges determining voter intent" in VA?