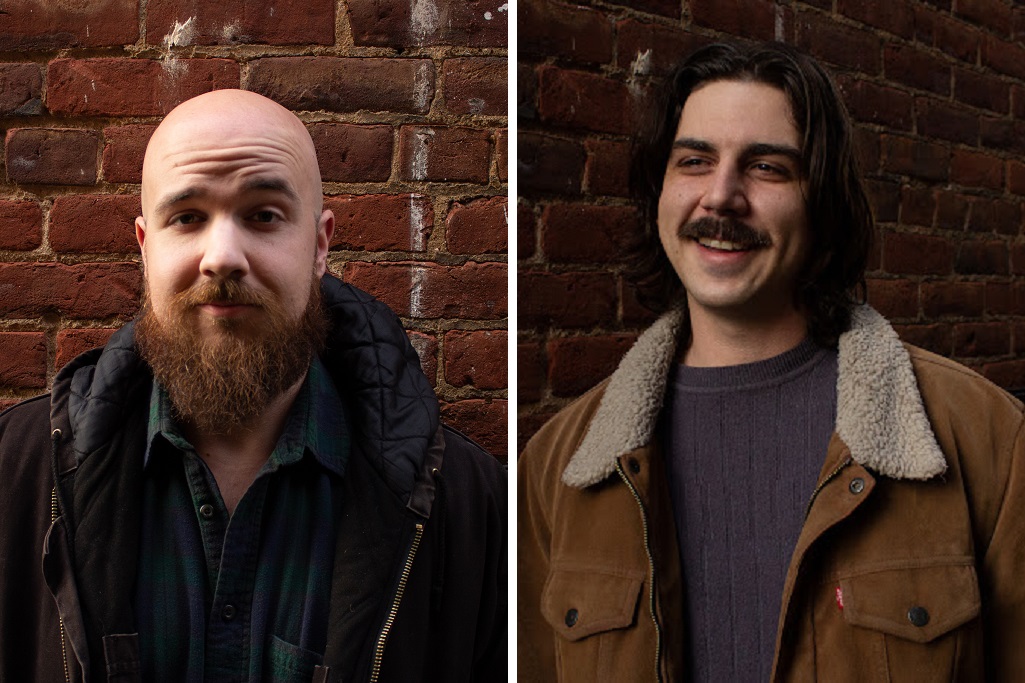 Comedy has been alive and thriving over the past year, with more open mics, more showcases, and more people trying to be involved than ever. I see this happening everywhere from national acts to the local level. Sandman Comedy Club has opened the door for more curious minds around Richmond to check out live standup comedy. Over the past year, I’ve witnessed shows selling out, discussions about specials, and podcasts clicks on the rise.

Local comedians and showrunners Jack Parker and Will Minor are part of the local buzz. Last time we spoke, almost a year ago, they were putting on pandemic-minded shows in the back of a pickup truck wherever they were allowed. Those shows were drawing big crowds, new comedians, and even bringing in touring comedians. Now they have a new monthly series taking place at Bingo Beer called The Summer of Comedy. The next show in the series is tomorrow: Tuesday, May 24. In anticipation, we got together and discussed the thriving local scene, Sandman’s impact on Richmond, and their new series. Here’s our conversation:

Gabe: What’s new, guys? What’s been going on with you since the last time we talked?

Jack Parker: Just showrunning, man. Putting stuff on. I have a cat now, and that’s annoying as fuck. But, we’ve been trying to get —

Will Minor: Well shit, since we last talked to you, we got another room from another comedian that was running a showcase at Isley Brewing. When he became a father, he handed the show off to us. So we’re running that every Wednesday.

Jack: Yeah, Hump-Day Ha Ha’s at Isley. That’s from 7 to 9 every week. That’s an open mic, and me and Will alternate hosting. We incorporated a challenge bucket called the ‘Fuck It Bucket’ for comedians that don’t quite know what they want to do with their set. We’ll pull a random topic out of there, and it’s something they can do something with. And it can be literally anything. We’re trying to get the audience to submit more stuff so it can be even more random. But what we’re really trying to do is work with the fact that Sandman [is] the club that is now in Richmond, [and] use that to shine a spotlight on the talent in the city. Because a lot of people don’t look at Richmond as a comedy city. So we’re trying to do our Summer of Comedy showcases —

Will: Yeah, for some reason when people think of Richmond, they don’t think of comedy. They think of statues and the Confederacy —

Jack: What we’re doing at Bingo is once a month we are showcasing other showrunners in Richmond. To really shine a spotlight on all the content people are creating — all the shows people are running, to really promote that there’s new shows that are coming around. And there are some that are coming back, thankfully.

Will: There’s a ton of new comedians that have joined the comedy scene here. Lots of first-timers, a lot of up-and-comers that are now starting their own rooms. So it’s like a whole new generation of shows have been born out of the ashes of the pandemic.

Gabe: Since we last talked, what are some of the changes in Richmond comedy? I feel like there’s more shows than ever before, more shows are selling out than before.

Jack: What I see, and what is so great about it, is that every show is so radically different, depending on who is running it. Which is my favorite thing about it: there’s a show for anyone. There’s our show at Isley, which is pretty structured. We run it as a standard mic, with the randomness being the ‘Fuck it Bucket.’ But then you have things like Basic City [Beer Co]. Their open mic, which is our sister mic, which runs every other Wednesday. Theirs is just chaos incarnate.

Jack: So much fun.

Will: It’s the best.

Jack: It’s the best way for a comedian to work on their crowd work, be able to work on the fly and be snappy. Because if you are not doing well, Monty and Tyler, who run that show, will roast the hell out of you, And that is hysterical.

Will: You ever listen to or seen Kill Tony?

Will: That’s exactly what it is. It’s Richmond’s own Kill Tony, which is Basic City Open Mic.

Jack: We freaking love those guys. They are absolutely amazing.

Will: They’re so funny.

Jack: And then of course there’s any of the Traverse Comedy shows Mary Jane French is putting on.

Will: She does a thousand different shows.

Jack: There’s veteran comics, like Alan Vann, that are bringing back Ipanema, as well as Jacob McFadden that brought back Home Sweet Home.

Will: MJ, from my knowledge, was also part of the Richmond scene but left, but now they came back. And now they have a show at Bottoms Up Pizza and brought shows to both Strangeways Brewing [locations]. Back to your original question: I have never seen a comedy community this open and this inviting.

Jack: After the quarantine, everyone just wants to have fun again. The scene has really blown up. We have so many great new comics that have shown up. The fact that Sandman is specifically here can really open people up. They can record their sets there; it acts as a good foot in the door to expand outward. And I’m really glad to see that Richmond has that. Before, this was a city where you got good here and then you left. And you went to DC, or New York, or somewhere you can get more national recognition. I’m hoping that with The Summer of Comedy, we can drive it home that this is really a comedy city.

If you were seeking Richmond comedy, it’s happening as we speak. Standup specials are amazing (I’ve watched a few recently that really blew me away), but nothing beats seeing it live. You can catch The Summer of Comedy series, hosted by Jack Parker and Will Minor, on the last Tuesday every month at Bingo Beer Co, located at 2900 W. Broad St. The next edition takes place on May 24 and starts at 7pm. The whole show is stacked up with other showrunners hosting their own mics, so if you’re looking to laugh or to network, this is the show for you. I also hear they have a ‘ginger special’ cooking in June. Get in there.