Crying On Camera: An Interview With Adam Ferrara - RVA Mag 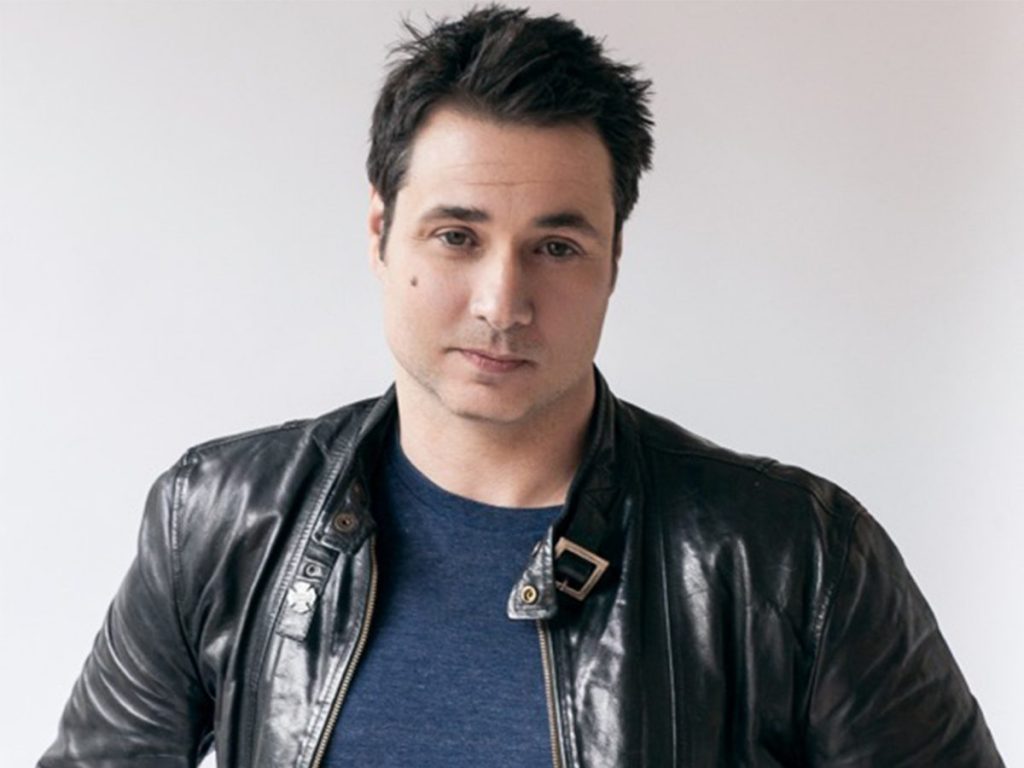 Standup comedian, actor, and all-around funny guy Adam Ferrara is coming to Sandman Comedy Club this weekend. In anticipation of a weekend of excellent standup, Gabe Santamaria talked to Adam about meeting his heroes and getting emotional on cue for Criminal Minds.

This week I got to talk with the charismatic Adam Ferrara, who you can catch this weekend doing sets at Sandman Comedy Club. I remember first seeing Ferrara on the show Rescue Me in the early 2000’s. These days, he’s a well-seasoned standup comic, with a podcast, The Adam Ferrara Podcast/30 Minutes You’ll Never Get Back, and stories to boot. His latest album, It’s Scary In Here, came out last summer and reached #1 on the iTunes Comedy chart. We talked about legendary comedians he’s met, finding the emotions for dramatic acting, and a whole bunch of other stuff. Here’s our conversation.

Gabe: Before you got started with standup, who were some of the comics that gave you the bug to want to do that?

Adam: I was twelve years old, and I saw a Richard Pryor videotape. And it just blew the top of my head off. I didn’t say “I’m gonna be a comic,” but I remember thinking to myself, “This is important.” I remember saying out loud to nobody, Gabe. I was like, “Look at what this man can do.” I mean, he just walked on stage and held that audience in the palm of his hand, and it was the first time I was fully connected to something.

Gabe: Those Pryor records are classics.

Adam: And then my aunt gave me a cassette of George Carlin. I just remember walking back and forth on the front lawn just listening to it over and over again. And I got to meet both of them.

Adam: It was great. First of all, I got nominated a couple of times for an American Comedy Award, and Richard Pryor’s table was next to mine. I’m all nervous, and they showed a clip of my standup. My friend went with me to the ceremony, and people are going up to Richard. It used to be on TV, so when it went to a commercial, you could get up and walk around. So we got up and she told me, “You gotta get in that line to see Richard Pryor,” and I said, “I can’t. That’s Richard Pryor.” She said, “You’re never gonna get this opportunity again.”

And I went over to him. I said, “Mr. Pryor, thank you so much. Big fan.” They just showed my clip before the commercial and he looked up at me and he goes, “Hey! You’re fuckin’ funny.” That was it.

Gabe: That’s exactly what you wanna hear though. Right?

Adam: Yeah, that was great. And then [George] Carlin, I was supposed to headline the weekend at the Comedy and Magic Club. And my manager called me and told me the club owner said, “You gotta move your weekend. You’ve been bumped. But you can open if you want.” Right away, my ego kicked in and I went, “OPEN?!? What sword swallower you think I’m gonna open for? I’m not opening for anybody. Who’s bumpin me?” And he said, “George Carlin,” and I go, “Does he need a ride? Can I come pick him up?” How do you not take that gig?

He was working on his last special. So, we eat there. He has the green room, and you can’t go in because he’s preparing. But afterwards he’d come back. So, I go on stage and do my half-hour and then walk off offstage and the MC does his thing. I walk off, and right there in the wings, there’s this silver beard and these two little eyes. I walk off stage and he goes “You’re funny,” and I go, “And you’re Carlin!” I shook his hand and we just started talking. He watched the last few minutes of my set and quoted a couple of jokes back to me. We were talking for a while, and we hear the audience do this big round of applause and George goes, “Is that for me?” And I go, “They don’t wanna see me again. You better go out there.”

Then after the show we all went to the green room, and he took pictures with me and my wife, and he said, “Alright. See you tomorrow night.” It was great.

Gabe: You’ve been doing a lot of acting over the years. I’m a big fan of Rescue Me, and watched it while it was coming out. Is acting a different muscle than standup?

Adam: It’s a different muscle, and there’s different types of acting. Standup is pretty immediate. Instant gratification. You’re the writer, producer, director… you’re everything, and the audience is your feedback. It’s like practicing handball. You’re just bouncing it off the wall and if it’s funny, it will come back. Acting is a little more… for me, you have to be in the space with other people. So actually, the reverse is true for me. Most actors are like, “How do you do standup? I could never do that,” whereas I’m like, “How do you do this acting?” It’s more intimate to me, because you’re connected to the other people or person in the scene, rather than connected to this big ball of energy that is the audience. So for me, it was a lot more vulnerable. And you were a lot more vulnerable during single camera acting. You know, like movies and things like Rescue Me, they’re single camera filming. Whereas multi-camera, there’s an audience. So, there’s that cushion. And dramatic acting was a whole different thing I had to learn.

Gabe: You’ve done some dramatic. What was it like going into drama? Is it better or worse?

Adam: It’s the same structures. You know, you want to hit those beats that you have to hit within the scene. But it’s a little more demanding for me. I have to get through the barriers that keep things in. I can get to where I get to, to play a scene. It’s putting myself back together once you’re there that is the hard part.

Every time I have to cry on camera, like I did on Criminal Minds — I had to play a father whose kid was abducted and break down in the FBI office. First shot of the day at 8am.

Adam: They shoot the master and there you are. You gotta cry. And I can get to that emotional space, but it’s coming back. Once I open that door, it kind of feels like you can’t leave. You’ve opened up this box.

Gabe: Is it a little weird when you’re in a dramatic scene and you bring these emotions, and you’re in that state of mind, and they say “OK, we got it,” and move on with their day while you’re just standing there?

Adam: Yeah, you’re just standing there. You’re a bit of a puddle, like, “I need a minute.” And you’re in the next scene, so get your shit together. We’re trying to get this before lunch.

Gabe: Is there anything you want to let the people of Richmond know?

Adam: I’m looking forward to seeing you. I’ll be at Sandman Comedy Club. And please check out the podcast. We did hit a hundred episodes. I was very pleased with people who wanted to do the show. We’ve had Jay Leno, Kevin James, Nathan Lane… I had an FBI profiler that worked on the Bundy Case on too.

Adam: Yeah, and I’m pretty sure Bundy did it.

You can check out Adam Ferarra’s podcast wherever you listen to podcasts. Be sure to go see his weekend of headline performances at Sandman Comedy Club May 6-8, featuring Devin Siebold opening up. Show up early for dinner and drinks! Tickets and schedule are available from Sandman Comedy Club’s website.