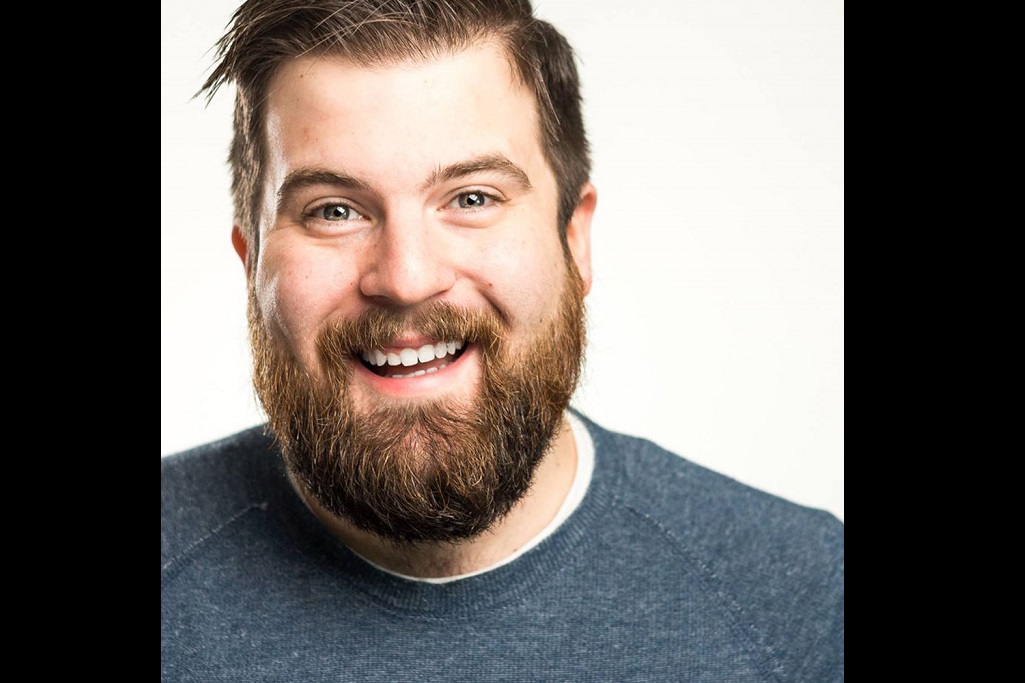 After a long pandemic-related sabbatical, the Coalition Theater has returned to action, and this Halloween weekend will bring the eighth incarnation of their long-running Halloween event, spread across four nights. Gabe Santamaria spoke to Coalition co-founder and creative director David Pijor about improv in a post-pandemic city, their mutual RVA comedy history, and more.

This week I interviewed local improv actor David Pijor. You may have seen him on some commercials on TV, or onstage at Richmond’s Coalition Theater wowing crowds with laughs. For context, I must mention that we used to work together on Richmond’s only late-night talk show, RVA Tonight with Beau Cribbs, from 2014 to 2016. Pijor worked tech and was an actor on the show, while I was the music director. In this interview, we reminisce on the show, talk about the Coalition Theater opening back up, and their upcoming event, Nightmare on Broad Street. Here’s our conversation:

Gabe: Hey David! How’ve you been?

David: I’ve been good. Busy with work. Theater is being opened up. We’re back. We’re at our fifth week back in business now, so things have been pretty crazy.

Gabe: Well, I’ve got to mention while I’m talking to you – I see you on TV sometimes. On commercials.

David: [laughs] Yeah, those come along every rare occasion, which I’m very fortunate for.

Gabe: Well, you’re very talented. Can hold a stage on your own.

Gabe: I remember on RVA Tonight, you did some one-man-show type stuff.

David: Yeah, I remember ‘The History of Richmond One-Man-Show.’

Gabe: I remember that.

David: I think it was our one-year anniversary. It wasn’t a bio of Shaka Smart. It was the story about how he came to Richmond and how he was lured away by money from another college. I think he went to Texas.

So I played a few characters in that show. I miss RVA Tonight. I talk to Beau every once in a while about bringing it back. So maybe one day we’ll bring it back.

Gabe: Me too. It was one of the best things I ever was a part of. I’ve got to mention one more thing about RVA Tonight. One of my favorite bits you were a part of, and brought the band on one time. I think it was on a Christmas show. ‘Tomato Tomahto.’

David: One of the dumbest things I’ve ever done, and I’m very proud of it.

Gabe: It was an amazing time. So, what Coalition Theater events are coming up?

David: Halloween is a big tradition for the Coalition Theater. So this is our 8th Nightmare on Broad Street. Skipping last year for obvious reasons.

David: Yeah. Since we started when the theater opened. Before the theater, we were doing shows at Gallery 5. We decided to make our Halloween show more of an event. Three to four nights. Different shows each night. This year we have four nights. Thursday through Sunday (28th through 31st). It’s been crazy, Gabe. I was doing improv non-stop for most of my adult life. And then suddenly, boom. Quit, cold turkey for over a year. So, now it’s been interesting re-integrating comedy back into my life.

Gabe: I bet. Getting back into it – did you see the stage and think it was gonna come back, like riding a bike?

David: I didn’t know what to expect. I didn’t think about it. I try not to think about it or else I’ll talk myself out of it. But when you get back up there, there is a certain sense of… you build up a lot of muscle memory. And you’re like, ‘I’m gonna be up there and I’m gonna be back.’ I think you maybe go back to some bad habits, at first. But you feel them, and you can get rid of them. It’s been cool. Sometimes you feel like you get on stage and you black out, and before you know, it’s over. And you’re like ‘Oh, I didn’t forget what I spent years training to do.’

David: Yeah, totally. It’s a very social muscle. It’s been wonderful seeing folks who I used to see every week but actually haven’t seen for over a year. It’s been great gradually seeing those old friends again.

David: Oh yeah. Back to the show. I know we’re going to have [a bit] called ‘Roll for Squid Game.’ There’s a show at the theater that’s a fan favorite. It’s a live interaction show inspired by Dungeons and Dragons, produced by Adam Stackhouse. And so he re-themes that show based on special events. They’re going to be at the theater more regularly. This year, they’re on our Halloween weekend, ‘Nightmare on Broad Street.’ They’re doing a Squid Game/Dungeons and Dragons themed show. I’m really looking forward to it.

David: We are! We are still offering classes. We did offer online classes for this past session. Definitely, our online classes had a market. But they were folks from all over the world. People from Europe and India.

David: Yeah! That was cool. We didn’t expect our reach to be like that. But [currently] we have in-person classes back. The winter session will probably begin in the new year. In January. We opened back, but we’re kind of scaled back in our shows and class offerings. We didn’t want to dump our whole classes curriculum and shows on Richmond immediately.

Always great catching up with David Pijor. I’ll never forget my time working with him on RVA Tonight and howling with laughter from the one-man-shows as well as the other improv-ers of the Richmond Comedy Coalition. Prepare for four terrifying nights of live comedy for the 8th Nightmare on Broad Street, October 28th through 31st. There’s a different show every night, and you never know what you’re going to get, but it won’t disappoint. Tickets are available at rvacomedy.com. And if you’re interested in improv classes, details are also available on their website.

Latinos In Therapy: An Interview With Gina Brillon

Hello reader! I’m back this week with one of my favorite comedians, Gina Brillon. The Bronx comic had a huge year, becoming a mom,... READ MORE

Latinos In Therapy: An Interview With Gina Brillon

Hello reader! I’m back this week with one of my favorite comedians, Gina Brillon. The Bronx comic had a huge year, becoming a mom,... READ MORE