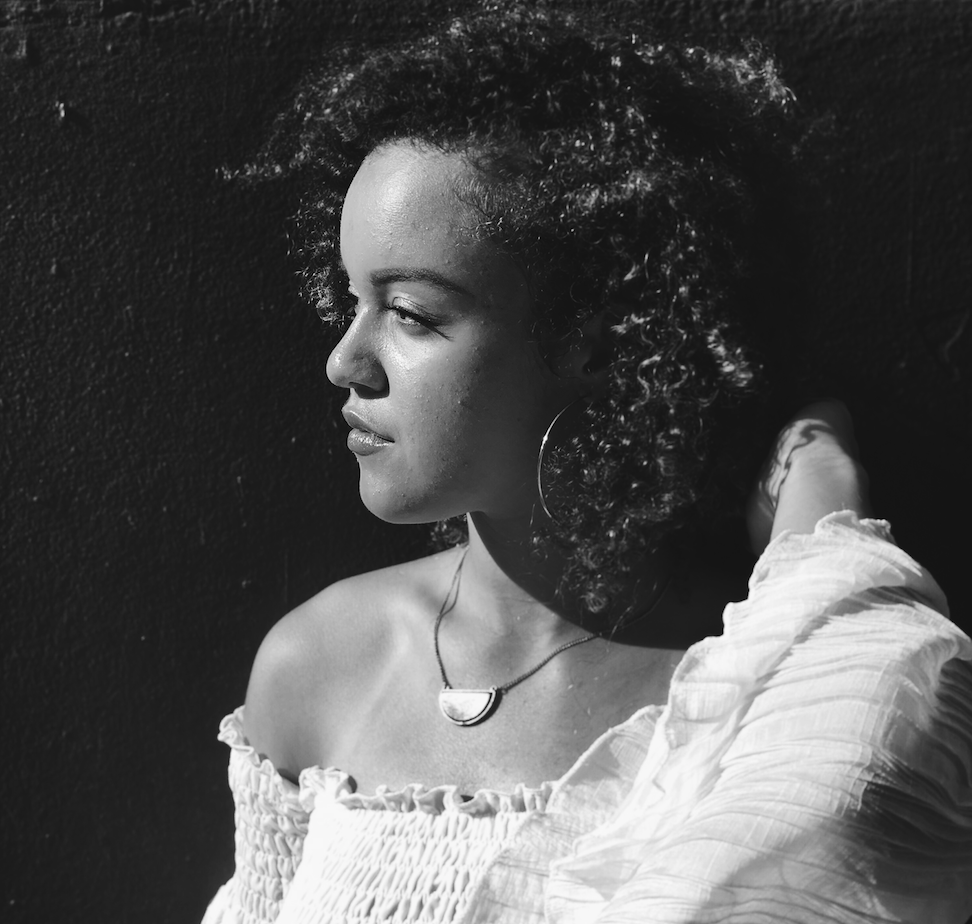 Statistics are just statistics until they aren’t, especially when you are young and feel invincible.

“I was just like, ‘Oh, it’s not gonna happen to me,’” said Pilar Monroe, when talking about the possibility of getting an STD. Monroe felt in control of all aspects of her life, yet one quick turn of events saw her lose that control, and she suddenly had to redefine her identity and status.

“Something wasn’t going right down there,” she said. “I was like, ‘Oh it’s fine, I trust this person. Everything’s great. No need to worry about it.’”

Initially, she didn’t want to get checked by a doctor. When she decided she had to, even her doctors weren’t sure what her diagnosis was, but they decided to medicate her anyway. One week later, she received the phone call from the clinic telling her to check her email–an email that would permanently affect her life.

Monroe was told she tested positive for Herpes Simplex: Virus Type 1, commonly referred to as HSV-1. She had contracted the STD through a past monogamous partnership.

Yet the physical discomfort from the initial outbreak is only one aspect of living with this STD; the other is the inner struggle that Monroe has about herself, becoming more contentious as shame began to weigh on her.

Her process of grieving had begun.

Overcoming had always been a thing [for me],” she said, when discussing how to be a young woman and cope with herpes. “I was just tired of overcoming another thing.

Prior to contracting herpes, Monroe’s negative connotations about the virus were due to its surrounding stigmas. This includes public misconceptions about what herpes actually is. HSV-1 causes every day cold sores, which is form of oral herpes, yet many distinguish it differently from genital herpes, which the Center for Disease Control (CDC) says can be caused by both the HSV-1 and HSV-2 virus.

Using condoms can lower the chance of transmission, but does not completely remove the risk, as condoms don’t protect the whole genital region. Transmission is still possible, even if someone doesn’t have any symptoms. There is no cure for the virus, but symptoms are treatable.

During the aftermath of her diagnosis, Monroe decided on a process of self-education, studying up on disease statistics, and learning from the personal experiences of others. Monroe watched a Ted Talk featuring Ella Dawson, a woman who was diagnosed with genital herpes days before her 21st birthday. Dawson fought the stigmas that come with having an STD by speaking out on own experiences. Monroe would soon realize that she had more in common with Dawson than just a diagnosis.

As the reality of her positive status settled in, Monroe wanted to feel empowered again. By the turn of the New Year , she decided that she was tired of being upset and started leaning on her faith to see her through the healing process. This included rebuilding her confidence.

“I started telling people like, ‘Oh I have this.’ I would bring it up casually,” she said. She told only a couple friends at first, then told her coworkers. “[Eventually], I would talk about it to a friend in front of other people, as if it were not a big deal.”

But it was never going to be that easy–some responded to her announcement with apprehension.

“That’s the whole issue I have,” said Monroe. “People are not upfront and straightforward about it. They want to tiptoe around it and I’m like, ‘Yeah it’s here.’ I’m going to make you uncomfortable because you need to be uncomfortable.”

Dating, on the other hand, turned into a much bigger hurdle. She wasn’t sure how to tell a potential partner, or how long she could wait before telling them.

“That was really difficult just because I was so scared,” she said. “I’m going to have to tell this person that I have this thing, and they’re not going to want to be with me anymore. How long should I wait? Should I tell them initially? Should I wait until [after] a couple dates? They’re going to wonder why I won’t have sex with them.”

“It ended up working out,” she said. “I ended up telling someone and it’s perfectly fine now. I think in telling him and him being okay with it helped me gain confidence and just being open about it. I didn’t think it would happen so soon. I thought I would have to wait years to even find someone that’s okay with it.”

People tend to disclose their STD status when they feel comfortable, whether it’s the moment they meet someone or months later. Regardless of the sexual pace one chooses, it’s always important disclose STD status before any sexual interaction.

Since being open about her diagnosis, many have reached out to her for help.

There are so many people who have this or other STDs and they feel silenced about it,” she said. “The shame is something they all had in common.

Being vulnerable was something Monroe has battled with and says her faith helped give her the strength to post her STD status on her Instagram. The post was not only to inform others of her experience, but also to help de-stigmatize anyone with STDs. Instead of questioning why it happened to her, she wanted to use her diagnosis to positively impact others through being transparent.

“Posting it brought me a large sense of peace, because it made me feel like I had fulfilled a purpose that was deep in my soul,” she said.

Clinics in the Richmond area like Planned Parenthood and the Health Brigade offer services for those diagnosed with the STD. Dominique Graves is a case manager and counselor at the Health Brigade. He says that those who are tested come in because they are having  an outbreak.

“Most people that have herpes wouldn’t know they have it,” he said. “A lot of people don’t get an outbreak.”

After someone is diagnosed, Graves says treatment is the first step to minimize the likelihood of spreading through sexual contact. He also talks to them about how to tell their sexual partners their STD status and if their partners are at risk.

Regardless of having this kind of STD, Monroe wanted to emphasize what is really important: self love, whatever your status is.

At a time when expensive corporate products are less than hugely popular, Virginia's motorcycle culture is finding new life in vintage... READ MORE

‘Never Really Off The Clock’: Bringing The Ne...

For journalists during the COVID-19 outbreak, working from home has become the new normal. Marc Davis closes his laptop in his... READ MORE

At a time when expensive corporate products are less than hugely popular, Virginia's motorcycle culture is finding new life in vintage... READ MORE

‘Never Really Off The Clock’: Bringing The Ne...

For journalists during the COVID-19 outbreak, working from home has become the new normal. Marc Davis closes his laptop in his... READ MORE