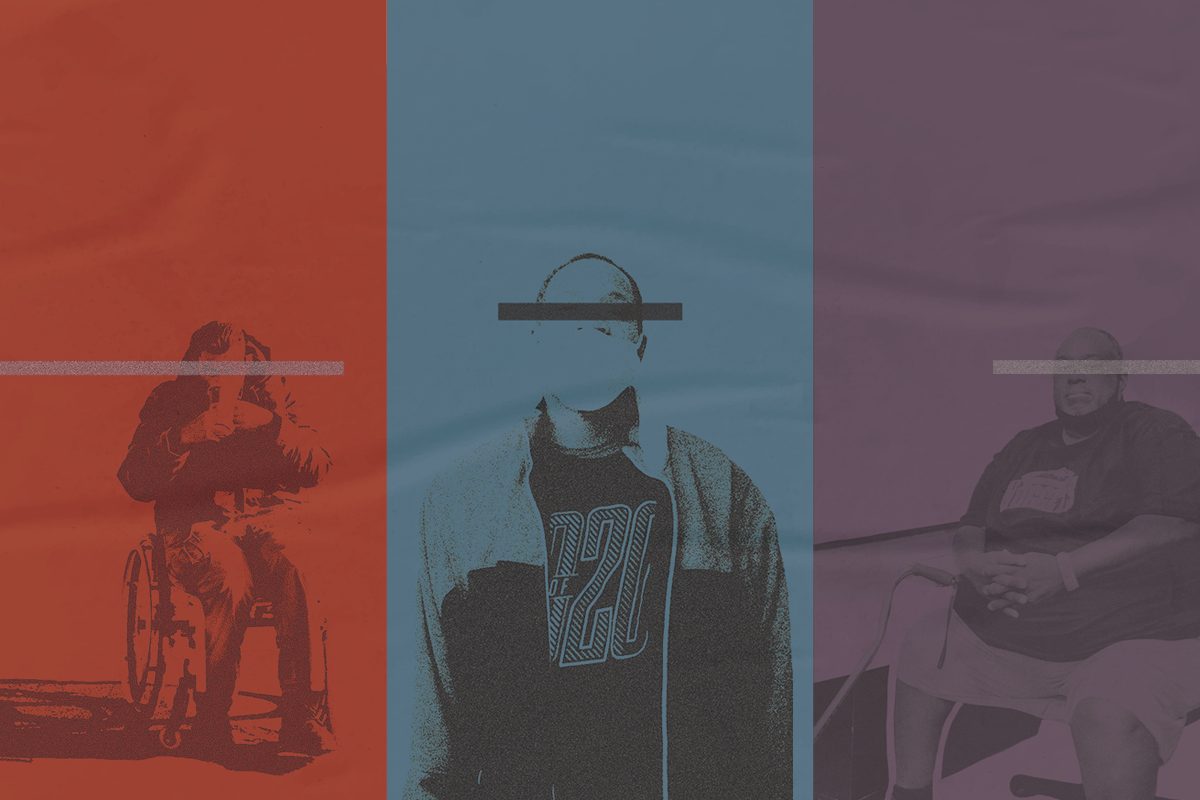 After speaking with numerous individuals experiencing homelessness, we are shedding light on their personal stories – because stories have the power to spark empathy and understanding.

“If you could have any superpower, what would it be?”

I used to answer this question with a simple “invisibility.” I often imagined myself vanishing into thin air when my mom called me to do chores, sneaking past security guards to go backstage at concerts, and eavesdropping on a preconceived conversation to find out how my crush felt about me. How marvelous it would be to disappear for a few hours!

But you see, my answer to this question, the scenarios that I daydreamed, and the pictures I painted in my head all viewed invisibility as a choice. It assumed that I could control if and when people saw me. But the fact of the matter is, invisibility is often a condition that one does not choose. Often, it is society’s reaction to a situation that they do not take the time to understand.

I admit, I have turned a blind eye when I cross paths with someone experiencing homelessness. It’s not that I didn’t care. It was more the fact that I, like so many others, have the privilege of removing myself from situations that make me feel uncomfortable. Because if I took a minute to look, to interact, to listen to their stories, I would have seen past the stigmas that overshadowed them. If I really looked and listened, I would have seen that they too are siblings, children, students, employees, athletes, and members of our community.  If I really looked and listened, I would have to admit that anyone could be faced with a situation that made their story  “invisible” too.

If I looked and listened, I would have understood Mr. Marcellus is trapped in a hard-to-break cycle.

For many years, Mr. Marcellus could be found working at a car rental or security company. However, after a tough layoff, he found himself in a rut. Mr. Marcellus mentioned that people are quick to advise you to get a job, but slow to offer the necessary tools to land the role (clean clothes, a fresh haircut, a polished resume, etc). Too many are quick to shun and slow to understand the situations of those in need. Mr. Marcellus is just one example showing that the cycles these individuals face are hard to break. However, he is consistently fighting to get out of his rut, get into a home of his own, and get his health in check.

If I looked and listened, I would have understood that Mr. D had one too many things knocking him down, and he needed a friend to help him up.

If I looked and listened, I would have understood that Mr. Jonathan and I face the same demons.

Mr. Jonathan’s battle with depression led him to quitting his job. He was overwhelmed with the thought of being responsible for other’s lives in addition to his own as a driver. Luckily, with the help of EPIC Health Partners, HomeAgain, and the Homeless Crisis Line, he found the aid he needed. Mr. Jonathan will be the first to tell you he messed up, yet also the first to tell you that with a little support, a positive attitude, and hard work you can change your situation. He’s proven this philosophy to his shelter housemates by landing an interview only three days after moving in. His advice to someone in his situation is, “There are services out there. You just have to get up and go look for them.” Mr. Jonathan is appreciative for the support that has gotten him to where he is today. However, he knows that the sooner he can stop relying on these services, the sooner they can be allocated to others in need.

If I looked and listened, I would have understood that Mr. Orlando is faulted for aging.

“My goal is to find a good job and a stable place to stay.” After having laborious jobs and playing sports for most of his life, Mr. Orlando underwent hip replacement surgery hoping it would ease his severe pain. The surgery was a success — but Mr. Orlando had a new challenge in front of him. After the surgery, jobs were hard to come by because of his age, and his struggle to find work affected his ability to secure an income and afford housing. However, he continues to fight for himself and for his future. In his shelter, Mr. Orlando has a good group of guys by his side, and is motivated to get on the computer each and every day to look for jobs and work on his resume.

If I looked and listened, I would have understood that Mr. Douglas’ fate was out of his hands.

Mr. Douglas was a chef at different establishments across the country, including two beloved Richmond restaurants. However, it all changed after he was hit by a car crossing a street in Washington DC. He has endured approximately 46 surgeries, now has a prosthetic leg, and suffers from additional injuries caused by the accident. Many housing and shelter options cater only to able-bodied individuals, and Mr. Douglas wants to call attention to this inequity.

Taking time to sit down and meet these men opened up my heart to their stories and put a name to their faces. Once we open our hearts to their stories, that’s when we really see someone, and they are no longer invisible to us. They become the men and women they always were, but that we never took the time to see.

They can become survivors of their circumstance, and may no longer be imprisoned by the stigmas we place on them: being “addicts,” being “lazy,” or “taking advantage of the system.” Instead, the stigmas can begin to disappear and reveal who they are: neighbors in need of a hand, workers in need of hire, or patients seeking care.

This is the first step to spark change, to understand and include these individuals so that we may see past the stigmas.

The second step is to take action.  We need to take accountability and understand the systems in place, so that once we hear their stories, we can help these individuals move forward.

Action starts with educating yourself on how you can help. There are different degrees of actions you can take. Even what might seem like the smallest of acts, such as making personal care kits or donating items that are in dire need to Blessing Warriors RVA, have the potential to greatly impact individuals experiencing homelessness. Additionally, volunteering your time with organizations like Hands On RVA or helping to fund programs that have consistently impacted the Richmond community, such as Homeward, are incredible ways to get involved.

With understanding and action, together we can help Mr. Douglas locate accessible housing, help Mr. Jonathan and Mr. Orlando find jobs, and help thousands of others whose stories deserve to be told.

Stories are catalysts for change — if we choose to listen.

Further educational resources and outreach opportunities can be found through: