The book is due out on Sink/Swim Press in September and takes an eerie, but humorous look at the inner workings of a sect of Cthulhu cultists.

“It’s the story of a bunch of door to door cultists, who accidentally bring about the end of the world,” James said.

The story takes place in the fictitious place, Innsmouth, Massachusetts and follows around a naive high school boy named Randolph Higgle who falls into joining a Cthulhu cult called, The Old Ones.

Cthulhu is a fictional cosmic entity created by the late influential 1920s horror fiction writer H. P. Lovecraft and was first introduced in his story, “The Call of Cthulhu.”

The town “Innsmouth” is also borrowed from Lovecraft’s horror fiction book, “The Shadow Over Innsmouth” and much of the book is inspired from this story according to James who said the author never copyrighted much of his work.

“He wrote these short stories about cosmic horror and evil Gods and that’s kind of been absorbed into the cultural mythology of a horror staple,” she said. “Lovecraft didn’t really copyright his work properly and he encouraged all his friends to take parts of the mythos and rewrite it so that’s kind of continued over the past 100 or so years people rewriting bits and pieces…”

Much of the author’s work revolved around evil cults which is what James wanted to continue with.

“I just wanted to take that to its logical conclusion in 2016 and what it would look like. It would be like missionaries going door to door and they recruit for their silly cult, which isn’t taken very seriously by the people around them.”

The cult however, ends up accidentally bringing about the end of the world, and Higgle is promoted from a door-to-door prophet handing out pamphlets to leading the cult’s movement to the end of days. 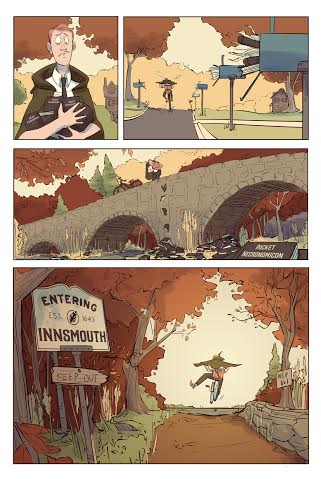 “He’s accidentally wrapped up in the eventual summoning of the chain reaction that leads to the apocalypse,” James said. “All of a sudden he’s the most important guy and he’s trying to figure out, ‘is this actually what i really want.”

James is a rising senior at VCU studying communication Arts. After tossing the idea around for a couple of years, she started work on Innsmouth in January and did all the writing as well as the illustration for the book.

“It was really exciting to see it come to fruition,” she said. 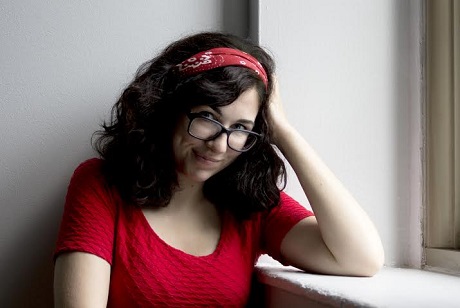 The Maryland native first honed her writing chops and got her creative juices flowing at VCU’s Comics Anthology.

“It’s a yearly project to take a bunch of different writers and throughout the year we create an anthology of small one to eight-page comics on a certain theme.” she said.

Two months after she started the book, James met Sink/Swim Press CEo and founder James Moffitt at Velocity Comics which eventually got the ball rolling for publishing her first comic.

“I had a pitch ready to go because I had already kind of started the book,” she said. “I hit him with the pitch and he digged it.”

James said she and Moffitt are planning to five issues for Innsmouth. 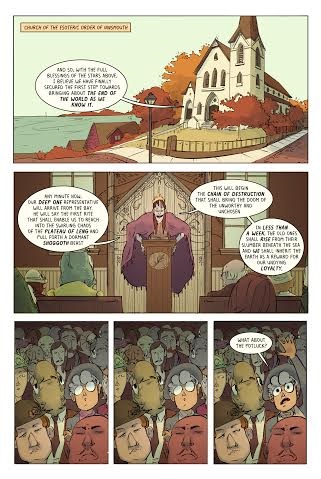 While much of the book is inspired by Lovecraft, James said she did take a few of his common outdated themes and views on certain issues such as race and switch them up.

“I wanted to address that in how im treating these characters, updating that for 2016, she said. “Kind of giving voice to some of the characters he shafted along the way.”

For example, in the author’s 1924 short story, “The Hound” he introduces the Necronomicon, which according to James is a book of evil which Lovecraft linked to Arabic heritage. 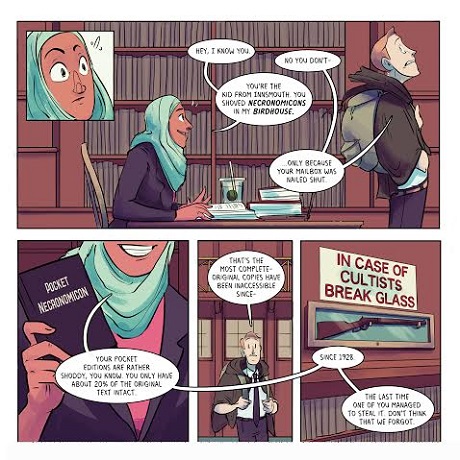 “That’s not really cool,” she said. “I have a character Fatima she’s Muslim and studies the Necronomicon and it’s part of her family heritage…kind of reclaiming the stuff that he’s messed up.”

You can preorder Innsmouth now through Aug. 5