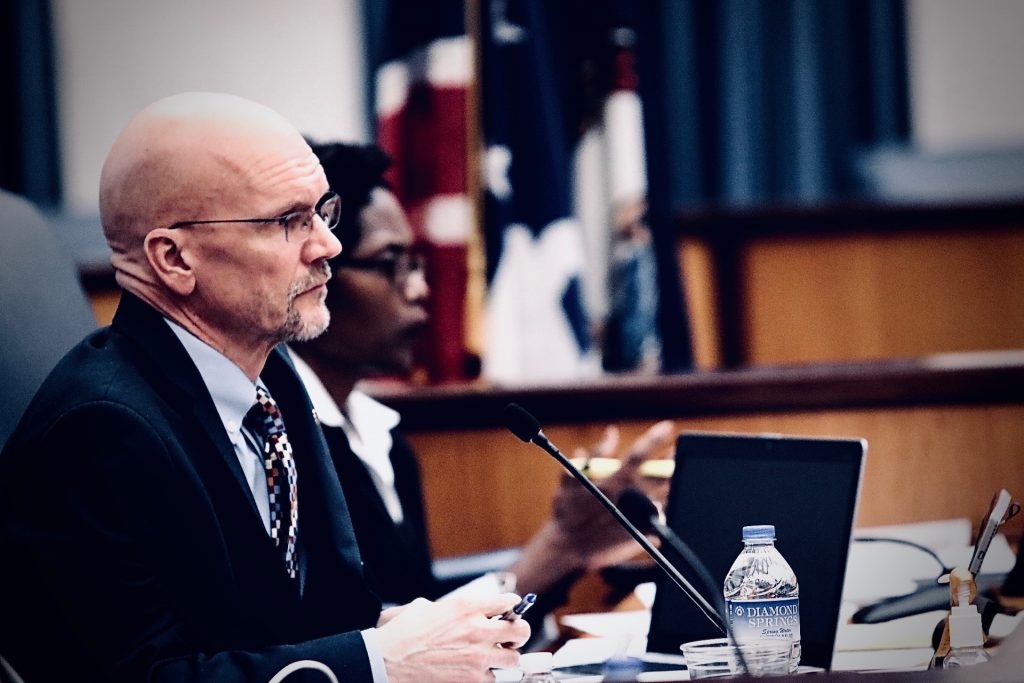 Mayor Stoney’s proposal to increase Richmond’s meals tax to help rehabilitate and repair Richmond Public Schools has been a divisive issue throughout the River City since he introduced it in his State of the City speech two weeks ago. The increase, which will take effect July 1, will raise the current meals tax from six percent to 7.5 percent, an incremental rise of 1.5 percent. When combined with the state sales tax, diners will soon see a total of 12.8 percent on their bill. While 7.5 percent is the same tax rate for meals in Hampton and Newport News, the tax hike would be one of the highest in the nation.

Opponents have pointed to the fact that the meals tax was supposed to have been temporarily raised in 2003 to pay for the Centerstage Theatre, but was never rescinded, eventually becoming permanent in 2006 when City Council voted to allocate it to the city’s general fund.

The increase, would produce approximately $9.1 million a year and allow the city to borrow $150 million in new capital funding over the next five years. Without this tax, Richmond has about $66 million of debt capacity through 2023. Funds collected from the meals tax will be placed in a special reserve fund, specifically for Richmond Public Schools.

Earlier in the evening, an amendment to the original proposal was initially put forth to add a five-year sunset on the tax ending July 1, 2023, but was voted down.

Council then heard from both opponents and supporters that were packed into City Hall to voice their concerns, ideas, and solutions on the tax only for the second time since the proposal was introduced. Local residents, students, teachers, restaurant owners, and representatives from organizations and businesses were in attendance and each side was given 30 minutes to talk and each person from each side was given two minutes at the mic.

Rod Bullock, a former student at Armstrong, spoke about the despair RPS facilities are in, pointing out one councilmember had even visited one of them to witness the problems.

“It’s time y’all step up and looked at these facilities, it’s been years of neglect, this is our children’s way out, that’s what bothers me, you don’t put the investment in these children,” he said as ‘Vote Yes and Find the Rest’ signs shot up all over the room.

Next, children at various Richmond schools paraded up the mic to voice their support of the meals tax hike.

Deon Cosby, a student at Thomas Jefferson High School went through a list of repairs that the money from the tax could fix at her school.

Three Binford Middle School 8th grade girls came up to the podium and spoke next, also in favor of the increased tax.

“The meals tax money will better the day to day lives of RPS students,” one of them said. “Our schools need better technology, cleaning and replacing schools water pipes, they contain lead that can damage our brains.”

Lola McDowell, a retired RPS teacher spoke twice during the night and shared her experiences inside the dilatated schools, which have been in the same state for years.

“Having taught for many years, they have leaking toilets, bad plumbing, falling or missing tiles and mold in the walls just to name a few, that needs to be fixed, I wouldn’t want any child of mine to attend a school in that condition, the deterioration of these schools is detrimental to our students,” she said.

Richmond Association of Realtors CEO Laura Lafayette also voiced her support of meals tax increase by turning to the attendees and asking whoever was in support to stand up, with most of the packed-house rising from their seats.

On the other side, Richmond restaurant owners, many of whom were part of a recently-formed lobbying group to fight the proposed tax hike, spoke Monday night against the increase.

Eric Terry, President of the Virginia Restaurant, Lodging Travel Association stressed that it was more than just a few cents on a high dollar tab and it is the low-income and single working mothers and fathers of Richmond that would be impacted the most.

“We all support the schools…it’s been painted as a white tablecloth restaurant tax,” he said. “The person who is taxed the most is the single parent grabbing a happy meal.”

He also stressed the financial burden put on the restaurant owners themselves.

“It’s a burden for the restaurant industry that hasn’t been talked about,” he said referencing the $1.3 million in credit card fees that restaurants pay to collect the meals tax. “We’re the only ones that are considered in this, and I would urge you to stop, pause and look at other opportunities to fully fund this program.”

Longtime restaurateur Johnny Giavos (Kitchen 64, Kuba Kuba, Sidewalk Café, Little Nickel, Stella’s, The Continental) spoke out passionately against the increase, along with Michelle Williams, head of Richmond Restaurant Group who told council she has contributed millions of dollars to the city’s budget. And while she reiterated other restaurant owners’ sentiments about the importance of investing in our schools, she urged the council not to simply target restaurants.

Councilwoman Kristen Larson of the 4th District, who voted no, urged for more time before members took a vote since Mayor Stoney just introduced it to the public two weeks ago.

“Something of this importance and magnitude and $150 million we have to give it more time,” she said.

Gray, who was the only other person on city council to vote no, has children in Richmond Public Schools and stressed that they did need drastic improvements, however, there has not been enough time to consider all the options.

“This plan has not been fully vetted with substantial public input as promised,” said Gray. “What is the rush? “Mayor Stoney should explain to citizens why he can’t implement the process he presented.”

On the other hand, Reva Trammel of the 8th District painted a vivid picture holding up her cell phone of what life is like for Broad Road Elementary School students before voting yes to increase the meals tax.

“What put the icing on the cake, the mayor invited me to Broadrock, that’s where my daughter went back in the day,” she said. “It broke my heart. They don’t have a cafeteria they have to walk in the rain, in the snow, in the mud to get into this trailer that has nothing but tables and chairs for the children to eat. No cafeteria. The food is brought in for them to eat. No teacher or student should not have a cafeteria where they can sit together and eat. When I went to school I didn’t have ceiling tiles falling on my head, I didn’t have rats and roaches…”

President Hilbert said this was the toughest issue he had to vote on since being on council, but ultimately, didn’t waver in his decision along with Vice President Newbille, who said that RPS students deserve and Richmond needs to provide “state of the art facilities.”

After much back and forth from both sides, and after Agelasto voiced concerns and his solutions to the tax, the council then suggested a 30-day continuance on the meals tax proposal, which failed 5-4, with Addison, Jones, Robertson, Hilbert, and Newbille voting no which led to City Council pushing through the 1.5 meals tax on restaurants on a 7-2 vote, much to the dismay of many in the crowd.

Stoney, who was not in attendance at the meeting, will introduce the city budget on March 6.