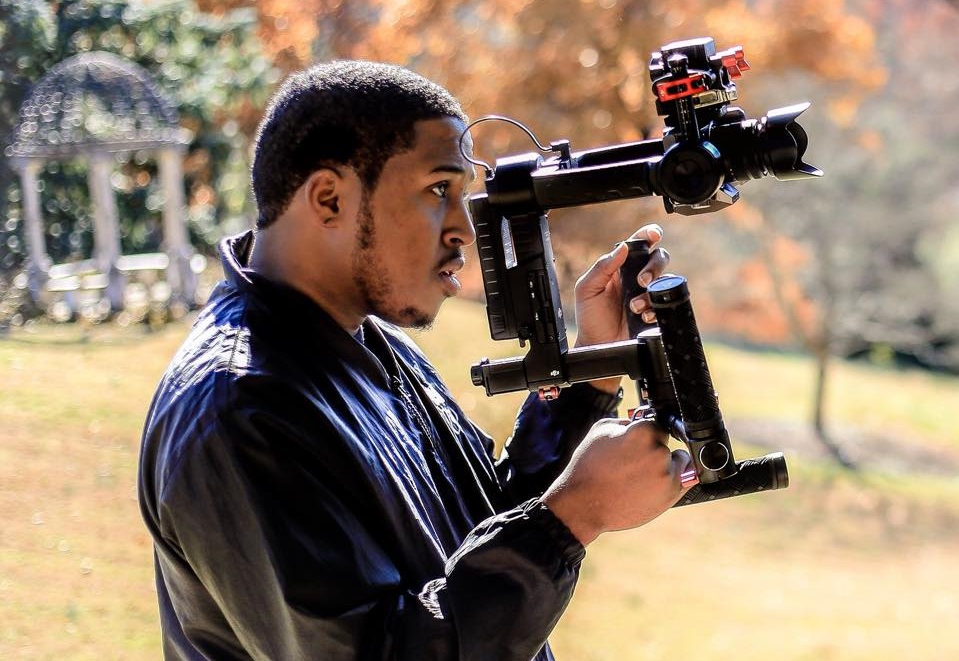 For Isaiah Carter, aka Arcani, taking photos and making videos for hip hop artists is more than just a gig — it’s the foundation for an all-encompassing multimedia brand.

When Isaiah Carter and his mom moved to the suburbs of Richmond during his middle school years, he was initially opposed to the idea of relocating. Born and raised in the city of Yonkers, NY, Carter was not used to living in an area with no buses, no sidewalks, and no ambulances passing by every few hours.

Today, the 26-year-old photographer, videographer, and music video producer known as Arcani travels between New York City and Richmond regularly to collaborate with artists. After having moved deeper into the city as an adult, Carter has more of an appreciation for Richmond than he did at first.

“VCU itself is a big art community,” said Carter. “Richmond has its own tastes when it comes to fashion and art, just like I feel like New York does.”

Carter started with photography around 2011, and was inspired by Richmond and its hippie/hipster culture.

“When I first got out here, everybody was into full-body tattoos, and I’m seeing everyone drinking local beers,” said Carter. “It felt real vintage, from artwork to people, the way they dressed and what they were doing. So for photos I was just trying to recreate a nostalgia feeling. I would add a lot of grain, I even tried film to try to get that older feeling and to fit the area a little more.”

Carter is a fan of video games, movies and anime, and has always been influenced by the mediums as a video creator, particularly those in which the characters travel to another dimension. This influence is clearly reflected in his long-running video series, Minute Made, which features rappers and artists performing in otherworldly dreamscapes.

“I knew if I had a green screen, I could put people where I want them to be, and create these universes,” said Carter.

The first installment of Minute Made featured Carter’s friend Fly Anakin, whom he recorded in front of a green screen set up in his living room. After releasing the video, Carter invited a few more rappers and eventually began charging money because he was getting so many submissions from people who wanted to be featured.

“After the first episode, I received more DMs than I’ve ever received on instagram,” said Carter. “And I made the universe more to fit whatever vibe they were trying to fit into, and I just started going crazy with the animation, the effects and the editing, and from there it just got bigger and bigger and now I think I’m on the 60th episode.”

Part of the motivation for creating Minute Made was to make Arcani a platform where artists could promote themselves, not just someone you could hire to make videos. Another series he created with a similar purpose is Organiq, which puts artists on a rooftop or street corner somewhere in Richmond and has them rap with no music or backing track.

“If you like the artist in an Organiq episode, I feel like nine times out of ten you’ll just like the artist, because there’s nothing extra,” said Carter. “You don’t have video effects to sway your opinion or audio effects to be like ‘Oh, this sounds pretty good.’ It’s just them talking into a camera.”

Carter first heard the name Arcani from his grandmother, and before he decided to adopt it as his moniker, he looked it up online. When he found out it means “meant to succeed,” he knew he’d found his brand. He plans on hiring a video team and creating more shows to go along with Minute Made and Organiq, as well as build Arcani up to a well-known multimedia brand.

“I don’t want people to just go to me to shoot a video because I’m a videographer,” Carter said. “I want people to go to Arcani, the company, because of the look that you can only get from me.”