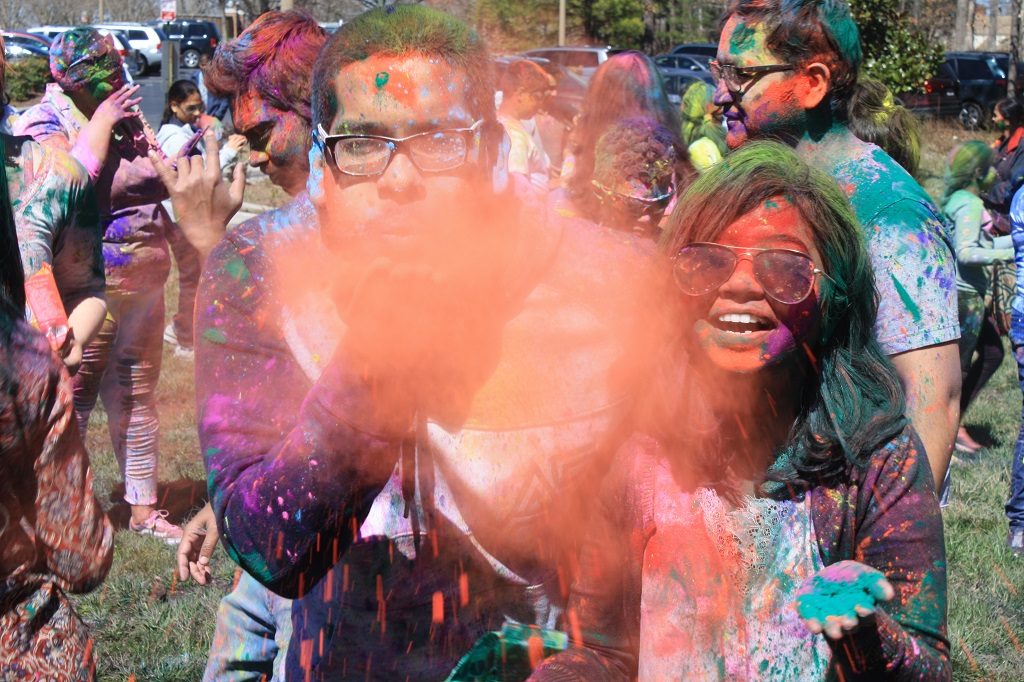 Families and friends of the Indian community in Central Virginia came together on March 23 to celebrate Holi, the annual festival of color in Hindu tradition.

For the fifth year in a row, Holi brought hundreds of people to the Hindu Center of Virginia in Glen Allen for a colorful celebration of community and friendship. Before being celebrated at the center, families and friends would gather for private celebrations in backyards and parks, according to Kedar Thoota, the president of the Hindu Center of Virginia.

“It is a time when families and friends come together and celebrate triumph of good over evil with vibrant colors,” Thoota said.

Holi is a three-day festival that begins on the day of the full moon in the Hindu month Phalguna, which falls partially in February and March. Holi began as a religious celebration in India, but has grown into a cultural event across borders and continents.

“In Virginia, we celebrate both religious and cultural aspect of Holi,” Thoota said. “The religious part is the Holika Dahan, which is where a bonfire is lit to symbolize burning the demon Holika. The popular cultural aspect that is celebrated in throwing colored powder at people.”

Community members of all ages gathered on a field with Holi powder of every color. They danced to popular Bollywood dance music, carefully colored each other’s faces, and threw clumps into the air to be taken by the wind.

Blue is representative of the Hindu god Krishna. In one popular legend, Krishna, who was said to have blue skin, fell in love with the goddess Radha.

“To overcome the difference in skin color, Krishna’s mom suggested that he paint Radha,” Thoota said. “This eventually morphed into the tradition of throwing colors.”

Holi is sometimes called “the festival of Spring.” As Thoota explained, “The rainbow of color metaphorically represents the beginning of a new season and good prevailing over evil.”

Here are some more sights from the Hindu Center of Virginia’s Holi festival.