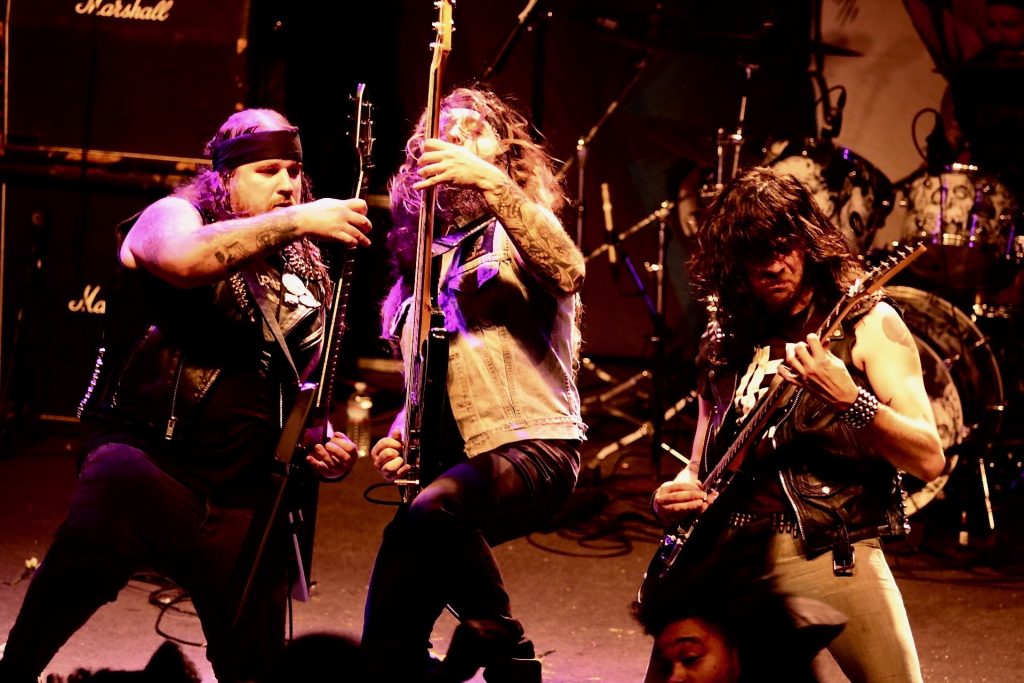 So long as Municipal Waste is still playing gigs, America might survive. They are the only thing standing between us and the full-blown toxic annihilation currently overflowing from the sewers crisscrossing Washington DC. This was the obvious takeaway from their show at the 9:30 Club on Sunday. Amongst the raucous bravado of an amped-up crowd, formed up before a looming backdrop of President Trump blowing his brains out, The Waste delivered. And delivered fucking hard.

Why is this important? Because only The Waste could show up to the 9:30 Club in Washington DC and call Trump a “shitfucker” before instigating the largest circle pit the nation’s capital has witnessed since 2007. Richmond’s contribution to the national conversation in Washington DC, via The Waste, has not gone unnoticed.

Regardless of the sadistic magicians’ penchant for thrash glory, the 9:30 Club remains world famous, and is one of the most renowned independent clubs in the entire US (full disclosure: I worked there as a kid). Over the years everyone from James Brown and Johnny Cash to Fugazi and the White Stripes to Wu Tang Clan has crossed the stage and played to audiences in a setting that is truly reserved for real fans of music, not just the fairweather masses who consume whatever sound is popular at any given moment. The Waste is a huge band that has played some of the biggest festivals in the world; still, seeing them cross the stage at 9:30 Club was a killer experience, especially for those of us from the River City.

The sonic thrash howled through the indolent Sunday evening, splitting the nation’s capital into quarantine zones; those with The Waste, and everyone else, left to fend for themselves at the fatal feast.

The crowd burned a circle into the hallowed halls of the 9:30 Club. Massive and aggressive, they rode on the wings of wraith-like party gods late to the lunch-hall food brawl.

At the end of the evening, once all the slime and punishment was dispensed in equal measure, everyone realized that, for a brief moment only, America had been saved from itself.

*All photos by Landon Shroder