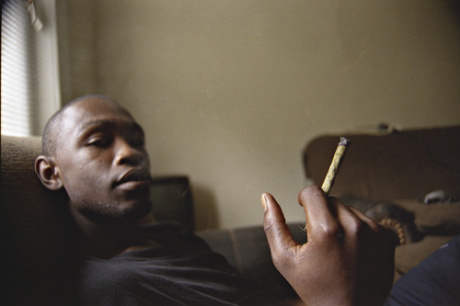 Sometimes an artist can creatively catch the day-to-day mood of living in Richmond. Joseph is among these ranks, documenting his surroundings through the lens and his unique voice.

Sometimes an artist can creatively catch the day-to-day mood of living in Richmond. Joseph is among these ranks, documenting his surroundings through the lens and his unique voice. In the process, we get a glimpse into the life of a fun-loving guy who lives in the city and is staying hungry.

R. Anthony Harris: Let’s go waaaaay back, man. Where and when did you get the itch to start taking photos?

Joseph Talman: Going waaaaay back, I have always been surrounded by photography. My dad is a professional photographer for the Smithsonian’s American History Museum…so that being said, I can remember being a little kid and being shown how to develop black and white film in a bathroom [that] he needed for work the next day. It always interested me, but as far as when I really got into photography, that would have to be when I traveled to Istanbul, Turkey to see some family right after high school. Being in a city that interesting made me want to document everything I saw, so I did. I got an older Nikon D70 and started taking pics of everyone and everything. I think I shot some ridiculous amount of pics, ranging from 2500 to 3000 while I was there. After that I went back to shooting film and really started to nerd it up on photo knowledge and technique. Slaughterama, Best Friends Day, shows at the Bone Zone, walking down the street on Broad, the North Side projects area. There is so much to see here and love. I am constantly finding myself wanting to improve, and I love the fact that there are so many other talented photographers in the area, that we feed ideas off of each other.

I like to photograph people that I personally find interesting for various reasons. Maybe I got drunk with them. Maybe they’re just a friend of a friend. It doesn’t matter.

You live with photographer Tony Lynch, and I noticed that you both overlap imagery to create a lost memory feel, or time lapse. Do you find yourself being pushed by him or vice versa?

I’d say we both push each other, but in a good way. I’ll show him some pics I’ve taken and he’ll be honest and be like “Man those fuckin’ rule!” or “Man, you gotta do something about that”. That’s okay with me because I think everyone needs someone to be honest and help them improve.

Is there anybody else’s work that you look to for inspiration?

There are ton of great photographers out there. It’s growing every day. As far as inspiration goes, I’d have to say Bruce Davidson is one of my favorites. He went to New York when it was still really shitty and documented Brooklyn gangs and the subway. That stuff is wild.

Where do you see you and your work down the road?

I see my work hopefully evolving and improving as time goes by. As far as where I’ll be, who knows? What I do know is where ever I’ll be, it will be well-documented by a shit ton of film. I hope to one day document the North Side Brooklyn Parkway area. There is a lot of culture there that I feel hasn’t been seen by many people.