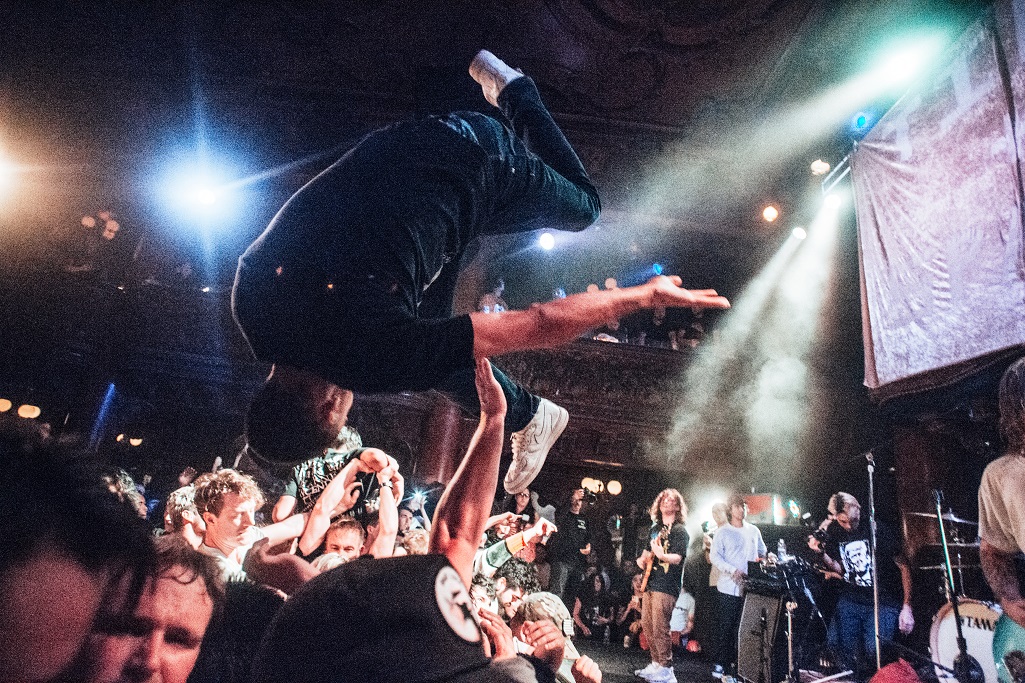 Razorblades And Aspirin: The Punk Photography of Michael Thorn

Punk photographer Michael Thorn will begin a six-month residency
at Lamplighter Coffee’s Addison Street location this weekend. Starting with a grand opening event on March 2nd at 7pm, Thorn and Lamplighter will be showcasing new photos in the coffee shop every few weeks, and hosting a variety of related events.

“The plan is to rotate images out on about a six-week cycle,” said Thorn. “It’s gonna be an evolving, constantly updated photo show. It’s a crazy idea, and we’re still trying to work out exactly what we’re doing.”

For Thorn, this “crazy idea” revolves around bringing his social media presence into real brick-and-mortar life. “It’s like an instagram feed come to life in some ways,” he said, “as corny as that sounds. I shoot punk stuff, and am pretty much constantly shooting, so in a way this will be like my instagram, which is constantly being updated with new images from shows and events.”

Thorn’s photographs will be featured in Lamplighter’s dining areas, and in the bathrooms. In the bathrooms, his photos will line the walls like wallpaper, to immerse visitors in the scenes he’s shot.

“I’m gonna re-paste the entirety of the bathroom walls with images,” said Thorn. “The idea is to have this overwhelming experience. I tend to print images as large as I can afford to. The whole goal of my work is to make you feel like you’re there, as best I can. So I shoot really close, like right on top of people. When I print my images, I tend to print really large, so you feel like you’re standing where I was.”

The residency will begin with a grand opening party, entitled The Bastards Can’t Dance — like his zine, Razorblades and Aspirin, it’s named after a song by UK punk band Leatherface. Throughout the next six months of his residency, he plans to do a variety of other events relating to the punk rock DIY (Do It Yourself) ideology he subscribes to. A coffee shop may seem like a curious place to host art and events like these, but for Thorn, it’s all about making connections — which is what drew him to the shop known as “Richmond’s living room.”

“In doing punk, hardcore, or underground stuff, you use the venue that’s available to you. It’s democratic and open, and galleries don’t always lend themselves to that,” said Thorn. “Coffee shops are places everyone goes to, and even if those people might not necessarily like the sound of the bands that I shoot, my goal is to make my photos impact people, regardless of their preferences.”

For Thorn, feeling a connection between his art and the venue where he presents it is more important than getting his work into conventional gallery spaces. “At Lamplighter, I really resonate with that — they are into creating that space for possibilities,” he said. “Beyond that, coffee and punk are really well aligned — people have been writing songs about that forever.”

And that connection goes even deeper for Thorn, a lifelong coffee shop habitue. “To me, it feels like a natural alignment,” he said. “I spent my youth sitting in coffee shops that would stay open until two in the morning, just because I had nowhere else to go.”

A relatively recent arrival to Richmond, Thorn has been part of punk and hardcore scenes around the country — and beyond — for most of his life. In the 90’s, he played in hardcore bands, but later realized that being a musician just wasn’t his calling. After really getting into writing and photography, zines became his focus.

“I had a camera and would casually take pictures, which I lost a lot of, moving around so much, before being able to save stuff digitally,” said Thorn. “I’ve never really been good at playing in bands — I figured out early on I’m better at documenting things. Doing photographs stood out to me, because it gave me a way to still participate in the culture.”

But his goals weren’t all as high-minded. “There’s a bit of selfishness to it,” he admits of being a photographer. “When you’re in a band, you have to collaborate, and work with three or four other people. But if I’m taking photos, it’s all up to me — and that carried over into zines.”

For several years around the turn of the millennium, Thorn served as a coordinator for Maximum Rocknroll, a San Francisco-based zine started in the early 80s, which was for decades the most widely-read punk-related periodical.

Now he produces his own photography-specific zine, Razorblades and Aspirin. The zine acts as a documentation of the numerous shows he shoots. Whenever he can get the funds together to print up 45 to 60 pages of photographs, he puts a new issue together.

For Thorn, zines are intended primarily to express appreciation for the culture they document — something that he sees as a struggle in this day and age. “I think is more difficult than it’s ever been,” he said. “It’s doing things because you actually care about them, instead of doing things just because it advances your band, or your own agenda. I’ve worked in that world of publicists, but with the DIY stuff, my heart is saying, ‘Fuck all that.’ I see more value, and feel more, in people’s work when you can tell it’s [created] because they’re moved by it.”

During Thorn’s residency, he and Lamplighter are planning a whole host of special events that are currently in the conception phase. There will be concerts, featured artists, art shows, and more.

“I have vague notions right now,” said Thorn. He has a variety of goals for the project, including bringing in bands and working with other artists. “There are other photographers whose work I really like, and think is much better than mine, so I’ve thought about making one rotation where I curate other people’s work. And then publish a zine based off of that.”

For now, nothing definite is planned beyond the grand opening, but keep an eye out for more “cool shit” to come. The grand opening of Razorblades & Aspirin Presents: The Bastards Can’t Dance is this Saturday, March 2nd from 7 to 9 PM at Lamplighter’s original location, 116 S. Addison St. For more info, click here. 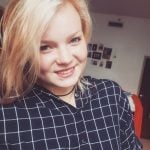