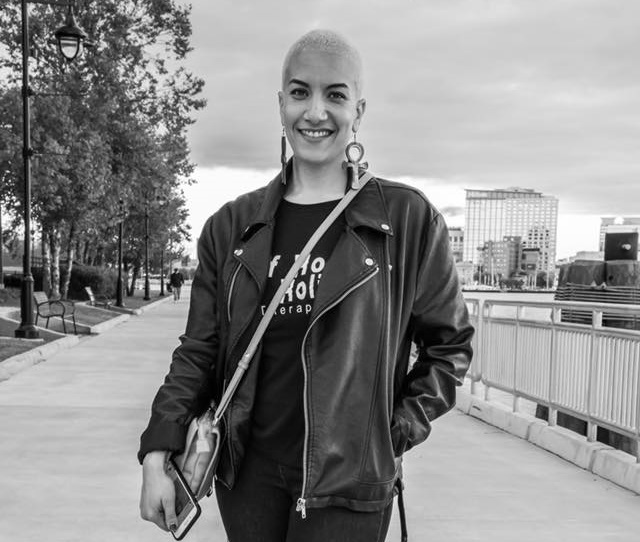 Starting 2019, it’s hard not to feel some relief compared to the past two years. 2016-18 were — to put it bluntly — trash years for black womxn. But let’s not discount some of the victories we’ve achieved and shared together. Keep in mind, within the entire ecosystem of policy, from elected officials to advocates, representation is vital to our culture’s stance on the value of womxn.

Surveying the ongoing political battle-space since that traumatic time, here are three important things that happened in 2018:

Within these victories, we have proven resilient, surviving not only R. Kelly, and that horrifying Lifetime documentary, but also the 2018 campaign to re-muzzle womxn. I’m still wrapping my head around us not believing Christine Blasey Ford. Together we’re fighting racism, we’re fighting sexism, we’re fighting the patriarchy, and now it is time to fight misogyny.

In reality, the patriarchy doesn’t care about the progress of womxn. The past few weeks, a new group of remarkable womxn have been sworn into Congress, but then the expected narrative and charges crept in, questioning their credibility — from Alexandria Ocasio-Cortez to Rashida Talib. Notice the battle over Ocasio-Cortez, navigating the Republican’s focus to devalue her political influence while showing their misogynistic hand of sexualized hatred, obsessing over her clothing and dancing.

This is misogyny in 2019. This is a term we hear frequently but might not quite understand. Misogyny is a “hatred, dislike, or mistrust of womxn, or prejudice against womxn,” in all aspects of our daily lives — personal and professional. Misogyny is something men are accused of demonstrating, but womxn can also do this to other womxn. As a Black womxn, white womxn display their distrust when I share my experiences; this is not only racism, it’s misogyny.

One of the more recent examples of this, is the predictable and daily online targeting of black womxn like Rachel Cargle. Cargle is an Instagram blackademic doing anti-racism work, but is criminalized at an increasing rate in her own comments section by white womxn continuing to make excuses for their own internalized racism.

We must also address the internalizing misogyny that manifests in Black culture. For example, within our own spaces, womxn fall victim to mansplaining as to why R. Kelly’s face should still be displayed on a public wall, or ignorance about why a #MuteRKelly sign next to Aaliyah is exploiting her as a victim – rather than lifting her as a Black womxn artist. We must un-learn, and re-learn that eliminating the presence of toxic men creates a space for healthy womxn to thrive, even if it means we miss an opportunity to promote a juicy conversation. Protect Black girls first.

For most victims, it remains traumatizing to hear that people can justify R. Kelly’s music career. That this should be sepárated from his actions, even though it was a successful music career which put him in a position of power to conduct these particular atrocities. This kind of conditioning ignores the fact that his success in our culture only made him more powerful and therefore more dangerous to Black girls. Womxn challenging one another’s misogynistic thoughts, is just one of the uncomfortable realities as we also confront the historic racial bias within the womxn’s movements.

Womxn speaking out on sexual assault and unsafe spaces have made the declaration that #timesup, but I say the time is now. We must fight across the spectrum of power constructs, built to belittle womxn by minimizing the harm in mainstream messaging from national and local voices that call themselves media.

We must call these narrative attacks for exactly what they are: misogynistic violence.

Where do we start? We must start by focusing on transforming patriarchal institutions from the local coffee shop to the Capitol building. By dismantling the false sense that some humans — specifically white men — hold more value in society than all womxn and POC, we can create a new balance of strategic resistance that continues to facilitate progressive revolutions. This reimagination will take individuals recognizing their role in a racially biased social construct, as well as a commitment to anti-misogyny: an active effort to oppose all forms of gender-based violence.

But for now, the inspiring news is that womxn are winning.

We have always been educated, business savvy, organized, but now media and communications skills provide independence to our voices. We are connected. We are motivated. This new table being built for justice will only be sustained if there is intentionality to opposing messages and behaviors dripping in misogyny.

Acts of opposition will have to be created for womxn, by womxn. The new path will make us squirm in our chairs as we dismantle the teachings and constructs built to oppress womxn. Rules of engagement have already been transformed to the point where womxn are amplifying equality and equitably across advocacy spaces.

Where does this start at home? Virginia is stepping out bravely by organizing on two issues, both of which represent the first month of the WomensWave 2019.

This will be the third year that Womens March RVA will be organized, but after some public scrutiny around inclusivity the group has produced a different program to promote awareness of all Richmond women. In years past, the march was accused of being a white feminist action rather than actually representing the full-specturm of women in the Richmond region. So this year, WomensMarchRVA, created a space for women to share their businesses and service organizations for intentional network growth.

It’s a different march with different organizers (full disclosure: myself included) to change the message of how women are aligning in #RVA. The event will be held at the Arthur Ashe Center on January 12 at 9am, so that we may walk side by side, but then come out of the cold, and do what we do best: Connect as womxn. And speaking of connecting, #womensmarchrva will also be supporting the Prison Reform Rally immediately after at the Capitol Building.

The second issue is prioritizing the ERA, which would ratify Virginia’s constitution to add an amendment to make it illegal to discriminate based on the basis of sex. If you’re thinking that’s already in the constitution, you’re wrong — we’re starting with the basics here.

Virginia has the chance to be the 38th and final state needed to ratify this amendment first passed in 1972. Since then, the male-dominated political system which maintains the patriarchy on both sides of the aisle, has blocked this from being a reality. There is no hidden agenda to this piece of legislation, only the desire to maintain a misogynistic hold on power.

The battle to get this legislation passed matches the historical resistance to making women equal — all women. It is far past the time that we talk about things such as employment, pay gaps, prison sentencing, and how that intersects with anti-misogyny. There is a chance that North Carolina could also pass the ERA this year, but it would be nice for Virginia to be on the right side of history first.

To avoid being the enemy of the good, the measures of success need to be based on the transparency of our solidarity to disrupt the status quo — all filtered through an anti-misogynist lens.

The 2019 women’s wave should intersect our voices by space-making for all womxn. This must also include transgender and womxn of color businesses, advocates, and networks the way the Womens March RVA is attempting to do and by re-setting the political table by amending the constitution for womxn’s equality like the ERA proposes. Both work to undo this cycle of separation. The challenge is to reflect within ourselves to find what inner work must be done for all womxn to promote anti-misogyny. The battle we take on is one we’re all too familiar with but only together, in strategic blocking and building, can we make this womxn’s work truly worth it.