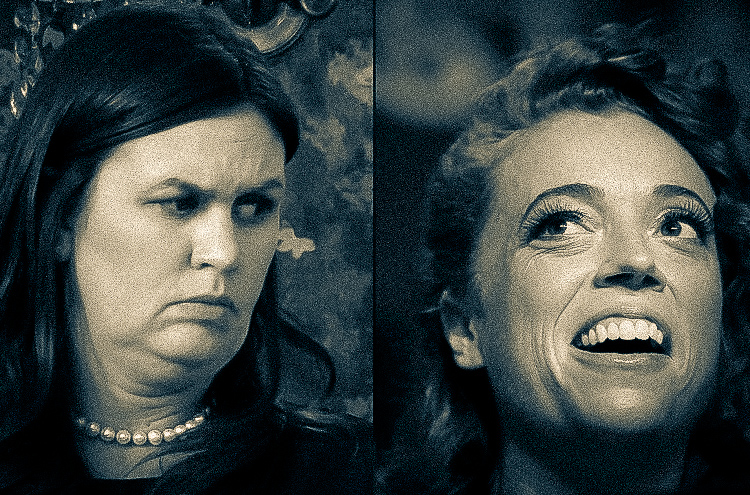 I don’t know much about Michelle Wolf, but I know a lot of white ladies could learn from what she did Saturday night at the White House Correspondents’ Dinner.

With a smile, she stood in front of the political and media elite and gave it to the Republicans straight -no chaser. Wolf wasted no time and within the first minute noted the President’s absence for the second year in a row, “Of course, Trump isn’t here, if you haven’t noticed. He’s not here,” she said, before closing the joke with, “And I know, I know, I would drag him here myself. But it turns out the President of the United States is the one pussy you’re not allowed to grab.”

As her aim of attack scanned the room, Wolf targeted the women of the administration who have taken their privilege and morphed it into what I refer to as white lady toxicity.

Let’s remember that this is what comedians at this dinner are sent to do, but last night we witnessed something critical for all women watching, especially white women.

Why is it so important that she demolished Sarah Huckabee Sanders in particular? Because Sanders and Wolf are both presumably white ladies. And to see Sanders be called out by one of her own gave me and the rest of spectating America all the thrills. Besides the entertainment value, this was important for white women to see, especially those who are leading the movement for gender equality. For them to see how white lady toxicity can be challenged at the highest levels of where government and media meet should provide examples as to how white ladies can confront one another at home.

I talk to many white ladies, in fact, the day of the correspondents’ dinner, I facilitated a monthly intersectional feminism dialogue at a library in Richmond. Not to mention, I spend much of my time answering questions that white ladies have about black feminist perspectives as a professional racial equity facilitator in central Virginia. In doing so, I hear them calling out toxic masculinity and #metoo’ing predatory men without hesitation in 2018 (#RIPBillCosby, hey I’m here for it). But what we really need to bring to bear in the summer of 2018, is to use white lady privilege powers to call out toxic whiteness in our own neighborhoods. Recognizing white lady privilege, at a grassroots level, is the first step to realizing who is really at fault for what we have going on in the White House.

Building on this, it is no secret who got us into this mess. All the women who voted for Trump were very white. Over half of y’all women voted for this guy, 52 percent of white women to be exact. It is time to take responsibility for those that look like you in a political world that now revolves around identity politics.

So as the work week starts, think about the water cooler chats at your corporate job – or your trendy co-working spot – or as you meet up at the café for what I call “secret white lady meetings” in the middle of the day to sustain world domination – think about these teachable moments – like those given to us by Wolf this past weekend. 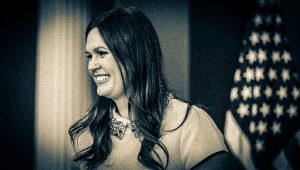 Attending many daytime meetings with women’s organizations, I hear a lot about damning the patriarchy. Together We Will – RVA and other white women’s groups organized a public shaming of Dave Brat so severe that he went into hiding. This is a perfect use of white lady powers against men, but are you calling out one another if a toxic white lady moment happens?

Have you followed your instincts to speak out when your friend in the group makes a comment about “someone” being too “aggressive” in their perspective? “Aggressive” being a coded word for black women showing emotion. These moments are uncomfortable and must be handled with care – but this is the reality – white ladies have a secret language that only other white ladies can translate. This is a commonality amongst those that are categorized under the same social constructs of gender and race. For example, I can translate a black women’s words, looks and body language better than most white women because I, too, am a black woman.

Democrats, progressives, whatever you want to call us also need a kick in the ass for action. “Republicans aren’t easy to make fun of you know it’s like shooting fish in a Chris Christie. But I also want to make fun of Democrats. Democrats are harder to make fun of because you guys don’t do anything.” Wolf is right, without real action we could mistake all white ladies for looking alike and falling in the category of an aunt Lydia from The Handmaid’s Tale.

As you trigger the white fragility and confront white lady toxicity, be wary of the secret weapon though. The oh, so powerful white lady tears, which have trapped men of all races into submission for centuries.

Hear that pink pussy hat wearing white ladies? You must channel your inner white lady privilege and turbo boost those powers into a full takeover of American White Womanland! That might be a lot, but white ladies need a real plan about how to not only check their own racism, but the racism of other white women in their social circles and groups.

Creatives like Wolf used her comedic talents to call out white lady toxicity. Yet the moral of the story is use whatever lane of expression you have to do your part without forgetting the simple stuff; like the power of your words, as you sit in the café of your gentrified neighborhood.

The most important impact you can make on a daily basis is developing the muscle memory (of the mind and tongue) needed to dismantle toxic white lady privilege – this is the work of all white women claiming to fight for change in 2018.

Just as Michelle Wolf did in a room full of Republicans: Black women, women of color, and non-binary people are watching and waiting for you to take the same brave step to disrupt white toxicity embedded in every industry from the breweries, yoga studios, and even down to your super do-gooder non-profits. Good luck, and report back.

As I challenge white ladies, I’ll also address white ladies in journalism specifically. I encourage y’all to not only work on not being racist like the rest of the white ladies, but also add a sense of humor to your to-do list. The effort to paint Michelle Wolf’s genius as mean-spirited is another example of how Sarah Huckabee Sanders qualifies for protection under the unwritten clause of white lady privilege. No one wants a journalist invited to the party that reports on fake news AND can’t take a joke. C’mon, what are y’all good for?

This has been an important message brought to you by a biracial, black woman whose work includes expending a great amount of emotional labor talking to white ladies about intercultural communication. Now, run off into the sunset white lady progressives… this is your work to do.