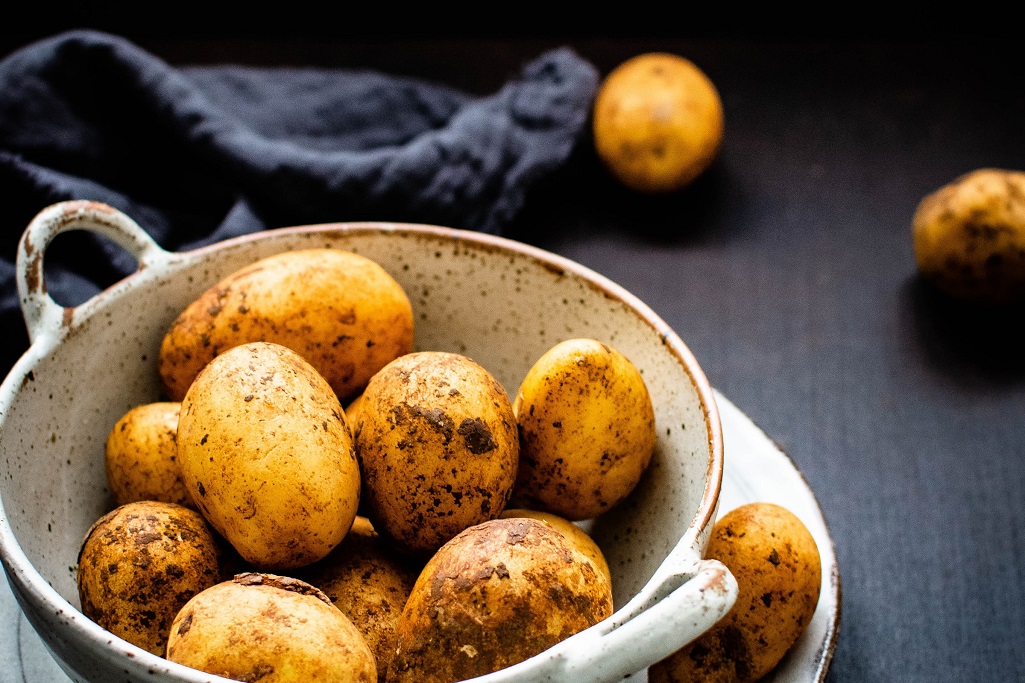 The World Needs A New Recipe: A Foodie’s Take On International Politics

For Highland Support Project’s Ben Blevins, the United States’ goals for international relations should begin with decolonizing. And he can explain… starting with potatoes.

When I was a child growing up in Richmond’s West End, I had the luck of living next door to the world’s best maker of potato latkes. Being of Irish descent, I shared a love for the humble potato, the soul food of the disposed and refugees throughout history. The potato connects the peasant experience of Irish and Jewish communities, and memories of historical injustices producing mass starvation and migration.

I’ve been bewitched by the idea that you can transform a simple potato into various textures and tastes that can become identified with an ethnicity merely by changing the recipe. You can make hashbrowns or latkes; you can mash, scallop, or bake them.  You can even turn potatoes  into a political symbol and rename them freedom fries. If you add mayonnaise to a potato dish, it will instantly become repulsive to Jews and Arabs alike. Grandmothers around the world appreciate the transformational magic of a  recipe, the process; the nature and design of such is to produce the same, expected results.

We consider the Highland Support Project (HSP) to be a social work organization. There is a common view that social work is about helping broken people with services to assist them to function better in society. As an empowerment organization, we reject this recipe because it centers on the individual rather than the historical processes that produce predictable results generation after generation.

We use the term “structure” to understand these historical processes. A structure is a kind of social recipe that produces measurable quality of life indicators and behavioral practices. There is a Highland structure throughout the Americas consisting of Indigenous nations that have been displaced to mountainous regions by the historical recipe of settler-colonialism. In Arizona, Bolivia, Ecuador, Guatemala, Peru, there are first nation communities that demonstrate similar features of colonized people confronting oppression. We define oppression as an interlocking system of state and institutional power that limits access to the basic resources required for survival.

Settler-colonialism is a specific type of colonialism that operates to eliminate the Indigenous population to gain access to the land and resources. There are different recipes of colonialism that generate distinct outcomes. We can compare the British rule of India that utilized an administrative structure that co-opted local elites to give the colonizer access to land and resources to that of the United States, who disposed of the Hawaiian leadership and made it a state.

Ibrahim Frantz Fanon, the French West Indian psychiatrist and political philosopher, wrote extensively about how colonization will transform colonizers as well as the colonized. The system of settler-colonialism produces elements of logic that justify and propel oppression as a rational project. The economic geographer Jamie Peck states that a feature of oppressive systems like neoliberalism is that they produce strong “psychiatric discourse:” a disconnected form of dialogue based on circular reasoning, “straw-man” arguments, and false equivalencies. According to Peck, neoliberalism functions like a thought virus that attaches itself to normative structures and transforms them into systems of oppression, such as the current argument from the United States that we need to stay in Afghanistan to protect women’s rights.

Settler colonialism as a recipe has a few key ingredients — one of the ingredients is the notion of the nation-state. The word “nation” refers to a condition in which citizens are relatively homogeneous in factors such as language or dominant identity. In Richmond, Virginia, we can see the building of a nation with Confederate monuments that dotted its landscape during Jim Crow. George Lipsitz’s classic book The Possessive Investment of Whiteness chronicles how the American settler-colonial structure depended on creating a homogeneous identity to unify the diverse groupings of Europeans arriving on the continent. To create a unified nation to exert control over other nations domestically and abroad.

For most Europeans, the evils of Nazism are viewed as a divergence from the expected behavior of civilized nations. What is striking about studying Nazi history is that the logical justifications are drawn straight from the American tradition. Nazism was a nation-state project for the German people to create room to grow by eliminating inferior and problematic races. Another feature of Nazism is that it was a product of modernist beliefs concerning the logical benefit of superior cultures dominating the world, which produces a world view that mixes evolutionary sciences with political ideologies envisioning a world of constant conflict.

The neighborhood of Boyle Heights in East Los Angeles is an excellent example of how social structures transform individuals to generate a new identity. For over a century, the neighborhood has been the first stop for America’s newest immigrants. In the early part of the twentieth century, it was a racially and ethnically diverse center of Jewish, Mexican, Japanese, and Armenian life. The Yiddish-speaking migrants to Boyle Heights were famous as radical leftist organizers who shared an outsider working-class identity of refugees with the other community members. The Jewish community was vocal in protesting the removal of Japanese American neighbors to the internment camps.

Caroline Luce’s article Visions of a Jewish Future: the Jewish Bakers Union and Yiddish Culture in East Los Angeles outlines the historical process that transformed Eastern European Jews from outsiders to members of White Society. This same process has occurred with the Polish, Irish, and Italian Americans. Stewart Hall, a Jamaican-born British sociologist, analyzes how identity is not a static formation, rather a colonial structure based on power relations. A dominant feature of a colonial identity is the ideological justifications for positionality in a system of injustice. Karl Polanyi describes this as the duality of freedom that acknowledges the freedom from oppression while not developing the moral power to resist oppressing. In the structure of settler colonialism, we must oppress to be free.

The repeated instances of violence in Gaza are the predictable result of the structure of settler-colonialism. The incarceration level of American Blacks is the predictable result of a system of settler-colonialism. In Palestine today, there is a movement called Campus in Camps that advocates for a political discourse of decoloniality. Decoloniality is a  form of prefigurative politics that identifies the very structure of nation-states as the problem. This is to say that a two state solution is not a real solution because it does not identify the nature of the real problem. A Palestinian state would only replicate the same dynamic. The structure would force Palestinians to be oppressors in order to be free of oppression.

Today, we live in a world with 21st-century technology that can eliminate life on the planet instantaneously, yet we continue to be constrained by 14th-century ideology. The Campus in Camps movement suggests a shared identity as refugees and an understanding that a global system has consumed everyone. True freedom only exists when there is freedom from being an oppressor. It is a slight but critical difference between being free from oppression and being free from being an oppressor. The oppressed are very vocal about freedom from oppression, but they typically do not have the power to change the relationships. A movement that envisions freedom from oppressing is more obtainable because it focuses on the side of the power equation with the agency to actually achieve change. In a world without oppressors, there would be no oppression.

We believe it is relevant to point out that when the United Nations divided Palestine to create nation-states, the only nations with a vote were largely settler-colonial states. The United States policy towards America’s First Nations communities was termination and assimilation. Britain continued to rule India, where an estimated 1.8 billion Indians died from the deprivations of colonial rule. In the British Bengali genocide, conteporaneous with and at least as extensive as the Nazi Holocaust of the Jews, 1942-1945, 6-7 million Indians were deliberately starved to death for strategic reasons by the British, with Australian complicity. The problem of Palestine is not a uniquely Iraeli problem. It is a problem that is produced by certain beliefs and practices we can trace back to Vienna and even Rome.

The task at hand for resolving the problems in Palestine is the same as fixing the racial inequalities in Richmond. It is also the same for addressing the global migration crisis as populations face oppressive structures that make it impossible to survive. The modernist vision of ethnic nation-states competing on a worldwide stage is a 14th-century ideology that is antiquated for 21st-century technology. The weapons, transportation, communication systems, and the interdependent nature of the global economy requires that we have an evolution in the types of ideologies that direct our collective decision-making. The 21st century must be a century of love, or it will be the end of humanity.

HSP works to promote a pluricultural identity and facilitate intercultural collaboration. Pluriculturalism views the self and others as complex and rich beings who engage the world from multiple identities that are a by-product of experiences with different cultures. We have a vision of social work as social chefs working to develop the best recipes for society. The current toxic mix of ingredients of the colonial settler recipe is wasting many good potatoes.