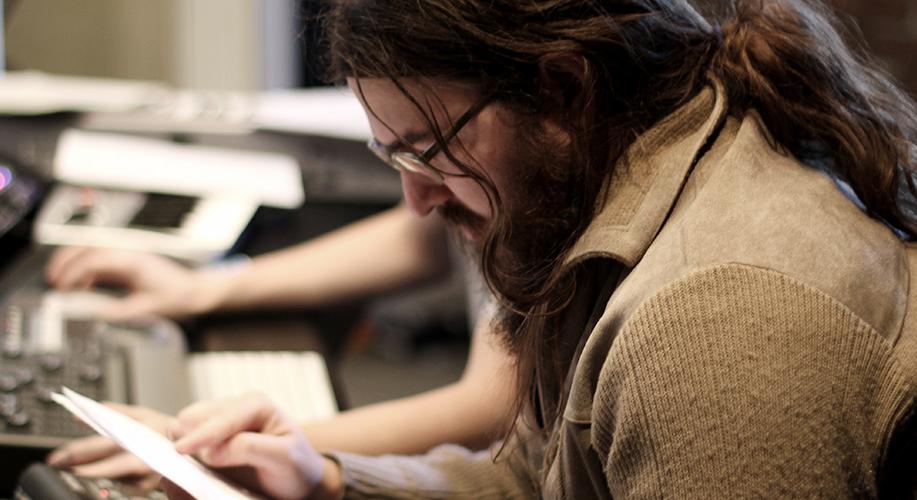 Spacebomb Records, the Richmond record label, publisher, production house, and management company, has opened an exciting new extension to their recording studio. This addition, called Spacebomb East, has been operating since the beginning of this month, and will officially open for business at the beginning of April.

Founded by local musician Matthew E. White, along with partners Dean Christesen, Jesse Medaries, and Matt Rawls, Spaebomb Records has been around for several years, beginning with the launch of the Spacebomb house band in 2010. The label’s high profile debut came with the release of White’s debut solo album, Big Inner, in 2012. Since then, it has released singles by White and Howard Ivans, with another EP by Grandma Sparrow forthcoming in May.

Before this point, all Spacebomb Records were created in a private attic space in the West End, now known as Spacebomb West. Going forward, Spacebomb East will be the main stage for Spacebomb’s record label, music production, and music publishing projects. “I’m excited for us to be able to develop a home,” said White. “Spacebomb is all about putting all the things we do back to one center. Same thing with the studio; we have a lot of different recording things going on and it’s an opportunity for us to really develop a real professional, functional, and really great space … I really believe in the power of a home and what that can mean to us, but also what it can mean to the community.”

The exciting thing about this is that the studio will be open to the public for the first time. “For two years, people would ask me all the time, ‘Is Spacebomb available for recording?’ or ‘Can I come record in Richmond?’ Well it’s always been sort of closed because we’ve basically been trying to make the most out of broken shit,” said White. “But now we can share our home and our recording space that we’ve developed with other people, and also we can record ourselves.”

Spacebomb prides itself on being local, but also is careful to note that being “local” doesn’t mean just starting a band or recording in Richmond. “I think so much of the studio is just about building energy and creating energy. Music, for me, comes from people being together, and making music together, and for Spacebomb that’s about Richmond people making music together. That’s not because they’re from Richmond, it’s because they’re really, really good. I think that’s what makes Spacebomb unique; it’s what makes Richmond unique. It’s not unique because we just say it is; it’s unique because the quality is actually here. I mean, you can have all of this city pride in the world and be very proud of your town and that’s all right and good, but that takes on a very special significance. They really radiate out far past the community when what you’re excited about is legitimately world class. I believe that completely about the musical community here in town,” said White.

In addition to the many local talents, including White himself, expected to record in Spacebomb, there are other national players anticipated to stop by as well. The fact that so many were already interested in doing so was a surprise for White, who didn’t foresee Spacebomb as a brand and a band growing so much bigger this quickly. “When we launched [in 2010], we launched with the idea that it would be a small growth over a long period of time, and that we would scale up very slowly,” said White. “We weren’t thinking that it would go national, and definitely not international. Well, Big Inner did very well nationally, and extraordinarily well internationally, and myself as well, but the Spacebomb team ended up traveling quite a bit all around the world.”

In light of this pleasant surprise, Spacebomb carried their experiences and the connections they’d made, working to mature their sound. “I think [our success] gave us access to a new experience that helped us grow as musicians and how we understand how music works in this sort of economy. It also gave us experience in working in the arts,” said White. “Even in the arts it’s hard to find experience sometimes. Experience is just the most valuable thing… To some degree, that experience gave us resources that we can invest back into ourselves and try to keep playing.” White adds that Big Inner led to Spacebomb receiving its first opportunity to score a movie. “[The movie scoring job is] the first thing we’re working on right now in the studio… sort of the first thing that is christening the studio. It’s a cool production job for Spacebomb; it’s an independent film, it’s outside of the east coast area, and they’re coming here and getting their music scoring done. That’s a big deal.”

White emphasized that Spacebomb isn’t just a recording studio for a specific genre. “The space is open to everybody,” he said. “The big thing about Spacebomb is that it’s built on flexibility, and that goes with every aspect of what we do. I try very hard to let people know that Spacebomb is not a genre specific label–it is here to facilitate art of all shapes and sizes.” He adds that the flexibility not only goes for genres, but also for the range of recording gear. “What we’re really excited about is developing a space where we can maximize the past, in terms of old technology, tape technology, and analog technology. I believe in electricity going through circuits that creates a sound… because the way sound travels is unique to that room,” White explains. “But I also believe that growth and technology and pushing forward is important, so we will have, at the studio, a wonderful tape machine that’s absolutely killer for every tape nerd in the planet. But it’s also flexible in terms of using all the digital technology in the world, and I think that’s what is particularly unique to Richmond…. There’s so much we can learn from [the] technology [of] the past, but we can also get stuck there if you’re not open to moving forward.”

With its community-oriented environment and its striving for diverse, talented, and unique sounds, Spacebomb Records hopes to urge artists to leap past their limits. “You always need to be pushing forward. I think about that all the time when I’m making music, and I’m also thinking about it when I’m planning how I’m going to be working, or how I’m going to be thinking in the studio,” said White. “It’s really a big picture thing. It’s about how you make music, how you create art, how you always need to look to the past and take what’s best about that, and learn from that. I think the whole recording studio is designed with that sort of holistic thing in mind, about learning from your past and pushing your boundaries.”

Spacebomb Studios East is located on 11 S. 21st St. in the Bottom. The official launch date is April 1. For details on booking the studio, go to spacebombrecords.com/info/studio.

Dr. Michael Jones has submitted a bill to ban chokeholds, tear gas, and rubber bullets in Richmond. In this exclusive interview, he talks... READ MORE

Shining A Light On Systemic Racism In STEM

Earlier this month, black professionals in STEM and academia staged a one-day strike to point out systemic racism in their field. RVA Mag... READ MORE

Dr. Michael Jones has submitted a bill to ban chokeholds, tear gas, and rubber bullets in Richmond. In this exclusive interview, he talks... READ MORE

Shining A Light On Systemic Racism In STEM

Earlier this month, black professionals in STEM and academia staged a one-day strike to point out systemic racism in their field. RVA Mag... READ MORE