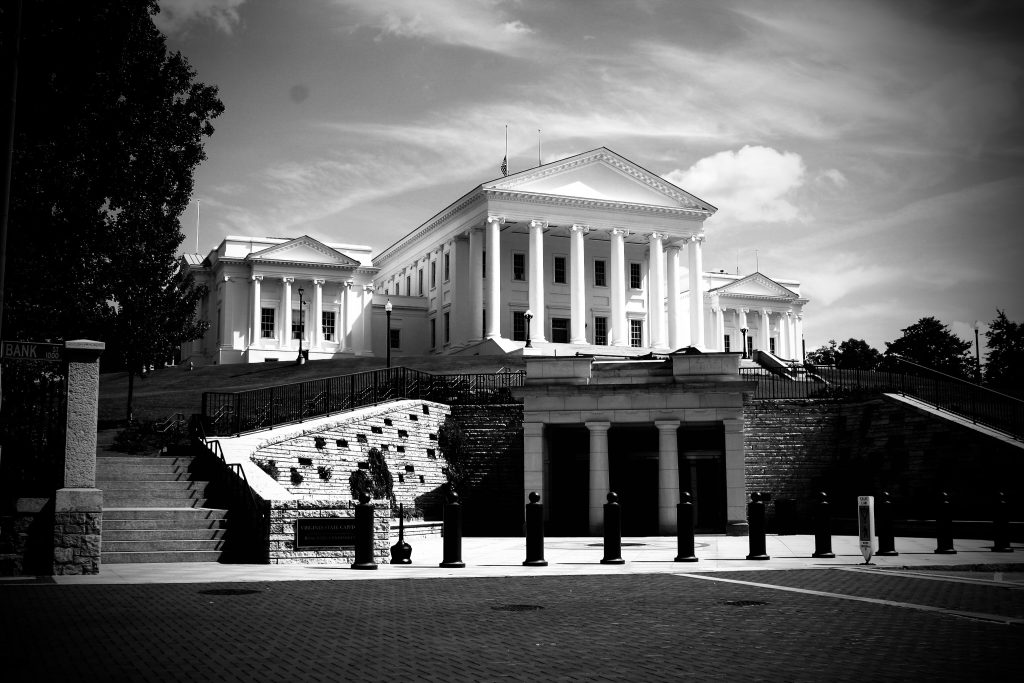 Right now control of the House of Delegates is in limbo.

Over in Newport News’ 94th House district, a recount on Tuesday showed Democrat Shelly Simonds ahead of incumbent David Yancey by one single vote. A win for Simonds would evenly divide the House between Democrats and Republicans, 50-50.

But not so fast. On Wednesday, Republican lawyers got the judges who certify the election to re-examine one more ballot. The judges agreed that it should have counted as a vote for Yancey. The result? A tied election. Still to come? If Democratic court challenges don’t work, state officials will literally pull names out of a bowl after they all return after Christmas.

Some Democrats hold out hope for judicial action in House District 28, where the Republicans won while a number of voters got the wrong ballots. Still, it’s doubtful those ballots swung that district’s election, and even more doubtful that a judge will think it did.

No one knows exactly how this will play out. But if Simonds wins, either through court challenges or what is essentially a coin flip, the House will have to figure out how to move forward without a single party in charge. We call this “power sharing,” and it’s pretty nutty. Based on a tweetstorm I threw out earlier this week, here are some thoughts on how a 50-50 split in the House would play out.

The most important thing to note about a power-sharing arrangement is this: THERE ARE NO RULES FOR POWER SHARING.

House rules are designed to make it easy for the majority party to direct House business. There isn’t a tie-breaking vote in the House, as with the Lt. Governor in the State Senate. If there’s a 50-50 tie (or any tie vote), a measure fails. Except, there is only one vote the House must take that cannot end in a tie: a vote for a speaker. And so parties will need to negotiate to ensure that the House chooses a speaker and can move on with its business.

What could they negotiate? Almost literally anything. The parties could switch speakers between a Democrat and Republican – every year, every month, every week, or even every day. One party could trade the speakership in return for claim to powerful committee chairs. Or, they could create informal consultation mechanisms; for every Republican-sponsored bill that hits the floor, a Democratic one has to match it, say.

The keyword here is “informal.” Again, there are no written rules for how this will work. Who wins power and achieves their policy goals will depend on negotiating strength and savvy, trust networks, and knowledge of procedural rules. It turns out that these skills might favor one party over the other.

As divided as the Republican electorate is between their moderate and populist wings, the hallmark of GOP office-holders – here in Virginia as well as nationally – is unity and even a certain ruthlessness. As some critics note, Republicans seem to better understand the dynamics of power than often naïve liberals. (Or as I often tell my students: Republicans may not be as correct as Democrats in politics, but they are certainly better at it.)

Meanwhile, Virginia Democrats just elected a bunch of new faces in a nationalized election. Avowed members of the anti-Trump #Resistance, many of them are looking to pick a fight. Their party leaders are instead inclined towards incrementalism and compromise. Will the new guys line up behind their establishment leadership if these more experienced hands are unwilling or unable to push for big Democratic ideas like the expansion of Medicaid coverage?

This shows, again, why parties matter. A big complaint I hear from students and friends alike is ‘why do we even need parties?’ The answer is that they are the best, and maybe only, mechanism we have for helping like-minded individuals run a government. A strong political party gets you the policies you want.

It’s instructive to compare how party leaders have behaved recently. On one hand is the recent Washington Post interview, where Democratic Gov.-Elect Ralph Northam openly worried about the costs of Medicaid expansion, panicking his progressive supporters. On the other is Republican Kirk Cox who, despite the continued threat of recounts and Democratic Party court challenges, has continually referred to himself as “speaker-designate.” Only one political party demonstrates understanding here of how to set the narrative and negotiate from strength. (Hint: it’s not the one who says he “has no plans to try to force Republicans to accept a broad expansion of Medicaid.”)

One final point to keep in mind: we will probably hear a lot about the “Virginia Way” in the upcoming weeks and months. This story, often told, characterizes Virginia politics as more genteel than other states, with bipartisan civility as the most important norm. As I’ve noted before, this is an unfortunate mythology that ignores reality in many ways. But Democrats should be especially wary of this story, as the idea is inherently conservative; by warning challengers not to be too aggressive or partisan, “Virginia Way” rhetoric favors the status quo and masks the workings of power.

“Anything can happen” is a standard political cliché, but it’s actually true here because – one more time – there are no guidelines or written rules for what could happen. Instead, the arrangements the House eventually makes will reflect partisan strength and skill more than anything else. Just based on past history, my bet is on the Republicans getting more of what they want.

Rich Meagher is Associate Professor of Political Science and Director of Social Entrepreneurship at Randolph-Macon College. He teaches and writes about American conservatism, the Religious Right, and atheism and politics, and blogs about Virginia politics at RVAPolitics.