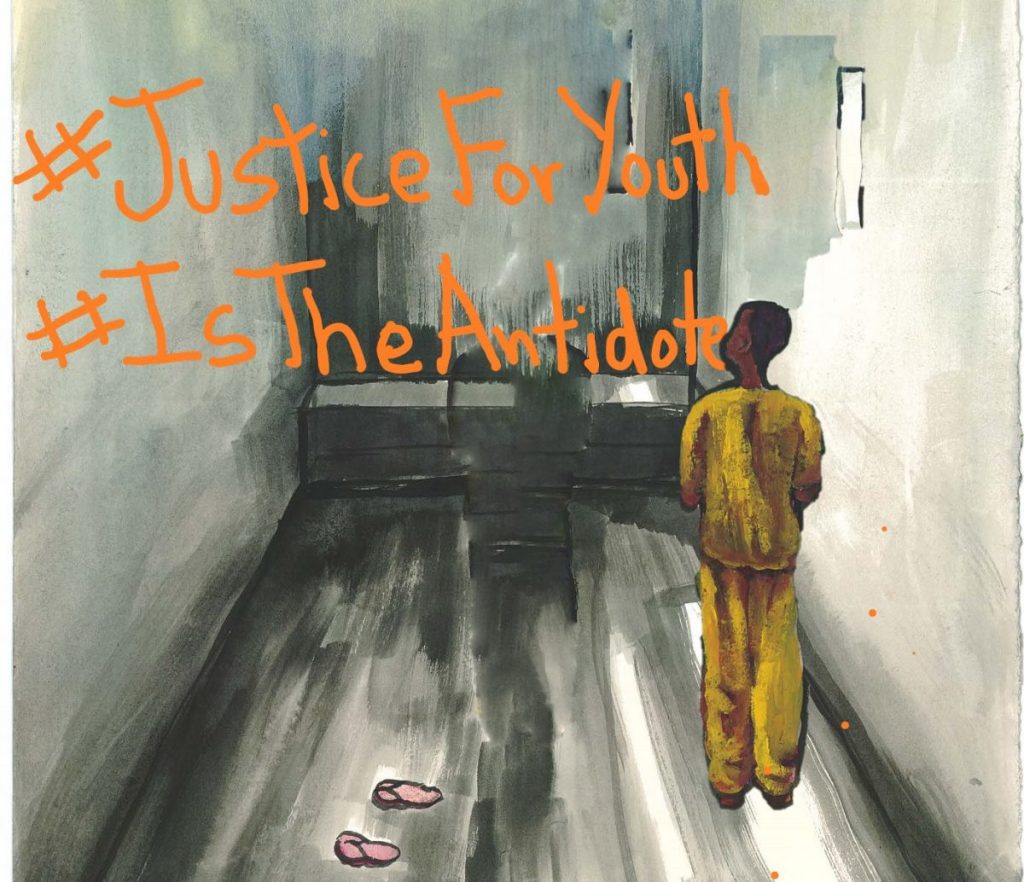 Hoping to protect at-risk youth from coronavirus, youth advocacy organization RISE For Youth is calling for the release of juveniles currently incarcerated in Virginia for non-violent offenses.

During the COVID-19 pandemic the focus for many of us is on the health and financial fortunes of ourselves and our loved ones. But one portion of the population that is being overlooked by many is that of juveniles incarcerated in Virginia. As they find themselves trapped within facilities where the novel coronavirus puts populations “at highest risk for infection,” they face a possible death sentence. Their current situation certainly fits the bill for “cruel and unusual punishment,” and this is why non-partisan youth advocacy organization RISE For Youth are calling for Virginia to release juveniles incarcerated for non-violent offenses within the Commonwealth.

As of April 13, there have been over 1.8 million COVID-19 cases worldwide, and over 115,000 deaths, including 5274 cases and 141 deaths here in Virginia. And despite early understandings of the virus’s effects, recent events have revealed that COVID-19 does not discriminate by age. In several instances, hospitalizations have been required for individuals under 20 with no pre-existing conditions.

RISE for Youth, an nonpartisan campaign committed to dismantling the youth prison model by promoting the creation of community-based alternatives to youth incarceration, are currently advocating for the release of incarcerated juveniles, as well as an end to new admissions to juvenile detention and correction facilities, for the duration of the crisis.

“We need to make sure that they have immediate and consistent access to health care,” said Slater. “We need to start releasing young people so that the numbers are not so high, and are not at risk of becoming infected or infecting others, simply because we’re afraid to let young people out. We can’t operate based on fear.”

At the beginning of this month, the DJJ announced that multiple employees at the Bon Air Juvenile Correctional Center had tested positive for COVID-19. Bon Air Juvenile Correctional Center presently holds 205 juveniles; carriers of COVID-19 are likely to infect two to three others on average. The fact that carriers have a prolonged asymptomatic stage makes it difficult to pin down exactly who may be a carrier.

Despite quarantine measures implemented for those employees, on April 6, DJJ announced that an inmate at the facility also tested positive for COVID-19. The inmate had not been in contact with any of the staff members who’d previously tested positive.

All units were placed on medical isolation after the inmate tested positive; DJJ stated that those who shared the inmate’s unit will be reassigned and the unit itself will be “fully sanitized.” These efforts, along with daily screenings and the requirement that all inmates leaving their units wear masks, were put in place in order to prevent further spread. However, in light of the fact that none of the staff members that tested positive were in contact with the youth who tested positive, Slater believes this will not be the only inmate who has contracted COVID-19.

“Taking a young person’s temperature and asking them a series of questions to determine whether or not they have been exhibiting the symptoms — that’s fine, but it’s not sufficient, especially when you can reduce the numbers,” Slater said.

The DJJ first implemented social distancing measures on March 13, including suspension of all visitations, an end to any intermingling of inmates from different housing units, and all large group activities being put on hold indefinitely. These measures are still in effect, and visitation has since been replaced by video conferences and phone calls; families have also been encouraged to send more letters.

However, family members on the outside are aware of the ongoing psychological toll these measures can take on inmates, especially in addition to that of being in a correctional facility in the first place.

“I don’t think like the safest place to get quarantined,” said Sherrod Jenkins, 18, whose brother is currently incarcerated in a Richmond City jail. “They gotta sit in that room and I think it’s gonna mess with their heads.”

RISE for Youth haven’t been in contact with anyone within the DJJ, but they have spoken to judges and prosecutors about their hopes to release the nonviolent offenders.

“We’ve got five commonwealth attorneys who have already signed on, and we’re still working to get more,” said Slater. “There are several legislators who have also signed on to our list of recommendations. So this is something that our leaders in both the legislature and the judicial system are in agreement.”

Releasing these youth is not as simple as opening the doors and letting them out. Many have medical conditions that require ongoing monitoring, as well as educational needs that must be met. Further complicating the situation is the fact that some of the inmates were incarcerated for violent acts. However, RISE For Youth has foreseen these issues and has a working model to use as an example: Albemarle County Jail, where 113 of the 400-plus adults incarcerated at the beginning of the COVID-19 outbreak have been released. Of the 113 released so far, only one has re-offended since, and it was for a violation less severe than what he was originally incarcerated for.

“They had the judges on board, they had the prosecutors on board, and the defense attorneys — everyone working in concert to make sure that room was in place for those that needed it,” stated Slater.

RISE For Youth are not advocating for the release of all inmates currently incarcerated in Virginia; they believe those who are still a threat to their community should be given appropriate care within correctional facilities. However, they do have a list of circumstances under which they believe inmates should be released.

“Number one, making sure that we’re looking at the kids that are not posing a threat,” said Slater. “Number two, if need be, that they are released on electronic monitoring. And number three, we need to be considering how we make sure that families are supported.”

New York’s Rikers Island was one of the first in the nation to implement a mass release of around 400 inmates with technical, noncriminal parole violations after an inmate was diagnosed with COVID-19. However, over two weeks after the initial announcement, hundreds remain in limbo, and in the meantime multiple inmates have died of coronavirus.

Coronavirus has also infiltrated adult prisons in Virginia. Currently, 65 staff members and prisoners in Virginia’s prison system have tested positive for COVID-19. Central Virginia Correctional Unit #13 and Virginia Correctional Center for Women both have had small-scale outbreaks, with multiple inmates and some staff testing positive. Five of these offenders are currently hospitalized for their symptoms.

As much as Slater is dissatisfied with the DJJ, she wants to work with them and the rest of the community to minimize the damage COVID-19 will do to Virginia’s youth.

“This isn’t a job for the DJJ to do alone,” said Slater. “This is something that should require the help of every agency in every organization that supports and provides services to young people, to ensure that they are supported appropriately.”