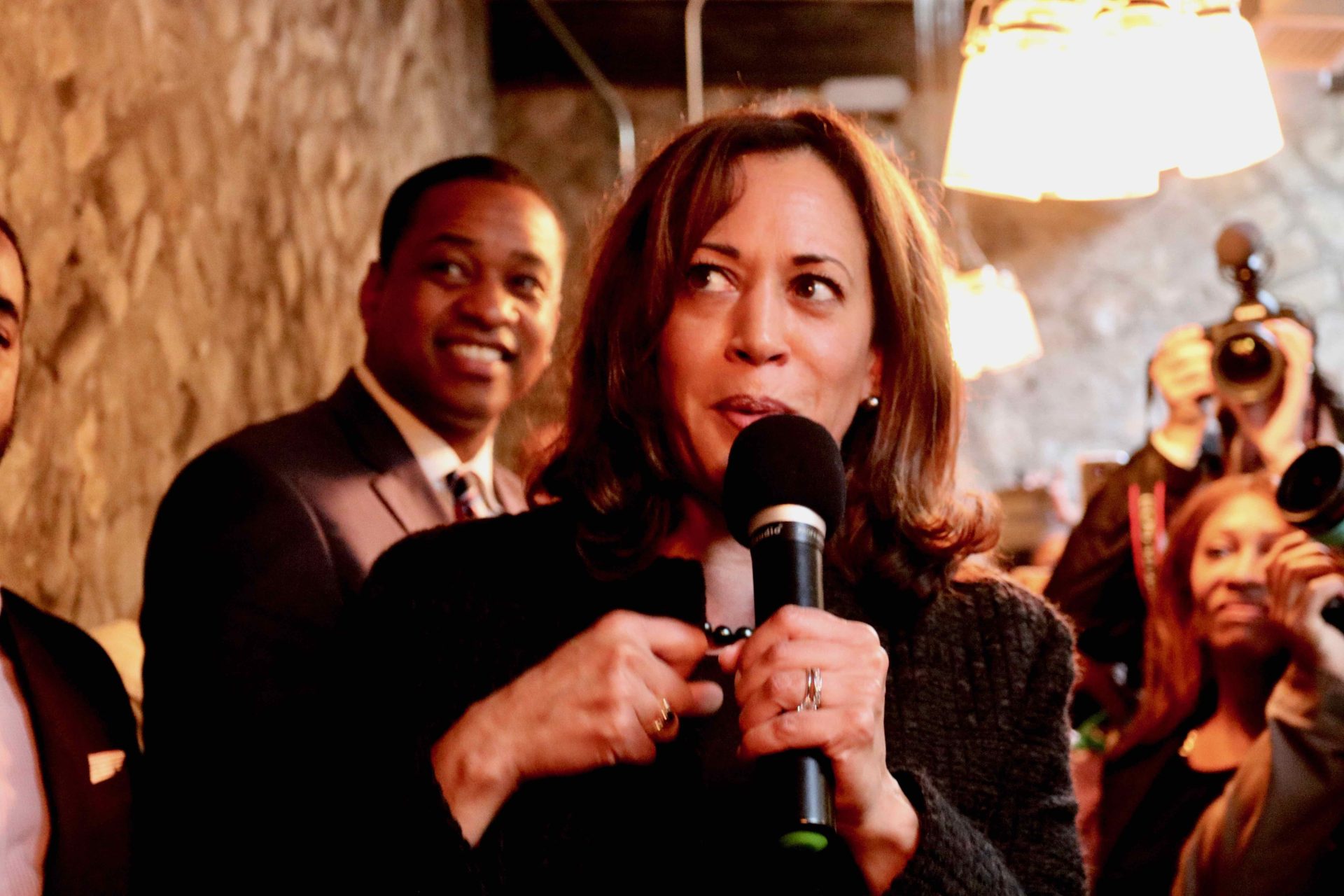 Just over a week remains before the November 7th gubernatorial election and nervous state Democrats have brought in big national names to stump for candidates Lieutenant Governor Ralph Northam, Justin Fairfax, and incumbent Attorney General Mark Herring. Voter turnout, especially among young voters and people of color, seem to be the chief concern that brought Senator Kamala Harris and former Attorney General Eric Holder to canvass in Hampton Roads before their appearance at an intimate but crowded rally at Blue Bee Cider in Richmond’s Scott’s Addition this afternoon. 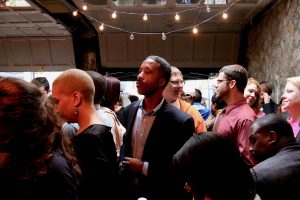 Fairfax spoke first, apologizing for Northam’s absence and plugging Jackson Ward’s popular Mama J’s Kitchen where the group ate lunch. “If you go in there, ask them for the Senator Kamala Harris Booth,” he said to a round of applause. He gave an uncharacteristically brief speech before introducing Herring, who is seeking reelection.

Both candidates talked turnout, noting that Northam won almost as many votes in the Democratic primary as all of the GOP candidates combined. Herring used his personal experience as a former candidate to caution against complacency, reminding the crowd that he won by a tiny 907 vote margin following a recount in the 2013 election. 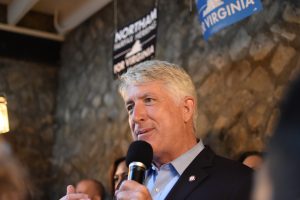 Similar to the Northam rally with President Obama, the big draws were Harris and Holder, but many came out primarily to support the state candidates. Ariana Toussaint, 35, was there for both. “I feel like the trajectory of her career [Harris] is one to watch, and I’m here to support our democrats right now in the general election.”

She was positive about the ticket, but disappointed in the focus on President Trump and national issues. “I hope they’re going to talk more about unity within the group and us moving forward and not getting distracted by certain things coming out of the administration. I think we tend to get distracted and lose sight of the bigger picture, so I hope that’s something that will be brought up today.” 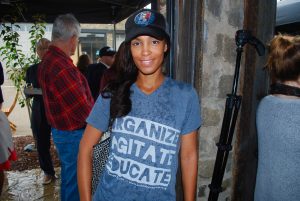 Sean Gordon, from the Randolph-Macon College Young Democrats, has been watching the race and was excited to meet the national Democrats. “We’re coming here mostly to meet Harris and Holder, but we’re also here to see the energy of the Northam campaign because you kind of have to come to Richmond to see a lot of that.”

He was looking for a little more conflict than Toussaint was, saying he hoped Northam would combat what he called “racial taunting” by Republican candidate Ed Gillespie. “I think he will. That’s what we’re looking for here.”

Harris might have satisfied Gordon, taking the microphone after Herring to talk about the role of Virginia on the national stage. She cast the election as a referendum on the presidency of Trump, describing it as a chance to reject his actions. She and the final speaker, Holder, noted the importance of governors as a counter-weight to the legislative agenda of the Federal government, bringing up universal healthcare, the war on drugs, and the Dreamers in the Deferred Action for Childhood Arrivals (DACA) program. 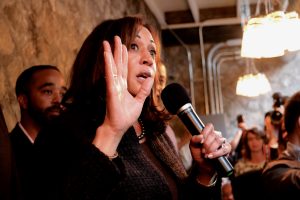 Holder made other connections between local and national issues, talking about the Unite the Right march and President Trump’s refusal to condemn the marchers. “You can’t say there were very good people with the neo-Nazis in Charlottesville. If you marched with neo-Nazis, you turned in that card.” 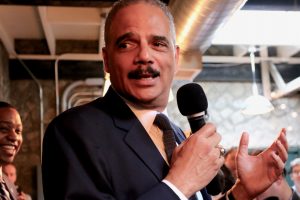 He echoed the theme of voter turnout, one-upping Harris and the others. “Don’t bring five friends to the polls, bring ten. Bring as many as you can. I want to see big margins, I don’t want to see 907 votes again.” It was a big applause line before the candidates exited, pausing for selfies as they pressed through a mob in the rain to the waiting cars.

Regardless of who wins, all eyes are now on Virginia, which has shifted from red to blue and emerged as a crucial battleground state in a deeply divided nation.

*Madelyne Ashworth and Allison MacEwen contributed to this report.