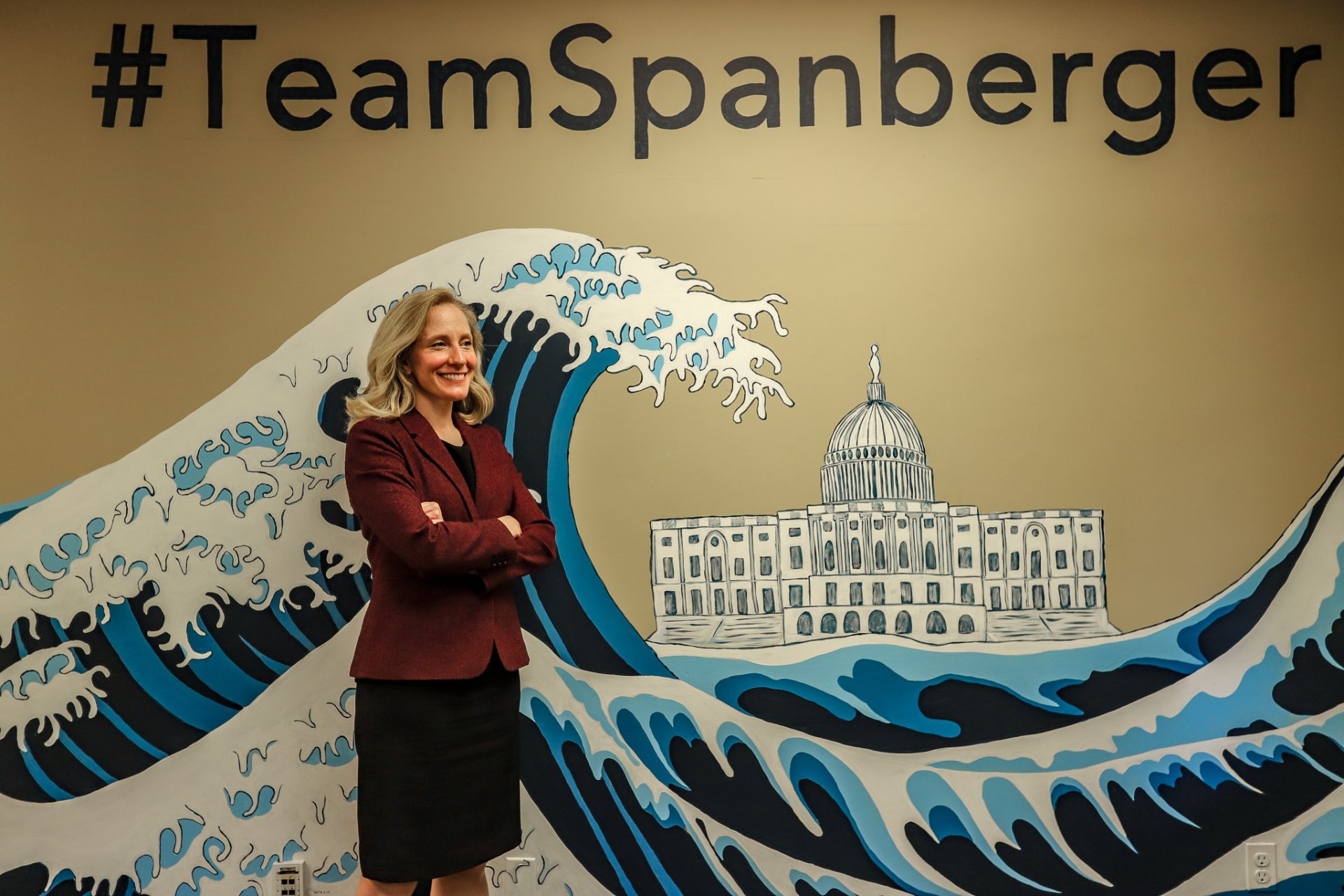 When asked about making the jump from intelligence professional to civilian politics, former CIA agent and Democratic primary candidate for Virginia’s 7th District, Abigail Spanberger, had a very distinct answer. “My whole role was to become a subject matter expert on a variety of different topics at a variety of different times.” As an intelligence professional, Spanberger had to use her analytical skills to cover issues like nuclear mitigation, science, technology, and narco-trafficking.

While these skills on the surface might seem to apply only to the world of a professional spy, Spanberger explains how they have prepared her for life on the campaign trail. “What is the most transferable of these skill-sets is understanding really complicated topics that have inter-related challenges and then communicating them back to other people.” And as a legislator, this is how she would assess the most critical issues that her district and the US faces; as a series of policy initiatives that connect across issues. 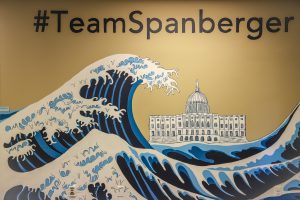 Spanberger, like her primary opponent Dan Ward, stands out in this election cycle because of the vast foreign policy credentials she gained while working abroad. A former law enforcement officer for the US Postal Inspection Service, Spanberger went on to become a core collector with the CIA, responsible for enlisting sources and gathering intelligence that informed national security policy. To obtain this position, recruitment can take anywhere between 12-18 months and includes extensive background checks and polygraph testing, along with medical and mental evaluations.

RVA Mag caught up with Spanberger at her campaign office in Henrico to take the temperature on what is happening around the globe and how her experience abroad is playing out on the campaign trail.

“My experience in foreign policy and in the intelligence world would be incredibly unique,” said Spanberger, when asked if she would tackle foreign policy in Congress. Indeed, her experience is unique and she is only one of two other women with these spooky credentials running for Congress this cycle. The other being Elissa Slotkin, a Democrat running in Michigan who was also in the CIA. Despite this, she was quick to clarify that her passion for serving was not only her commitment to country, but also helping people understanding complex things.

Nonetheless, a lot is happening in the world, and it is not often that one hears directly from a former CIA agent running for Congress about the dangers lurking in the shadows.

“We are at a point of strange instability,” commented Spanberger, expanding on her worldview and the challenges the US faces. “In particular for other countries, you could always generally always guess where the US was going to go as it related to foreign policy. You could always generally understand the ribbon that tied all of our actions together.” Like most, she was quick to comment on the President Trump’s Twitter feed, acknowledging that US strategy now varies “tweet to tweet”. She summed up this kind of foreign policy as “wholly phrenetic” and lacking the continuity that foreign countries need to “engage with us diplomatically.”

Because of the frenzied inconsistency of this strategy, foreign policy professionals have been at a loss for how to conduct business. Yet from a certain perspective, gains have also been made, such as the announcement that North and South Korea will officially end hostilities after 65 years. This presents a problem for Democrats running on foreign policy credentials, something Spanberger was pressed on in terms of how the administration should be credited.

“This is more complicated than it outwardly looks,” she replied, before admitting, “It is to strange of a turn of events. There is a play somewhere and a variety of options as to what it can be, maybe that is a little too pessimistic. Normally I am an optimist.” 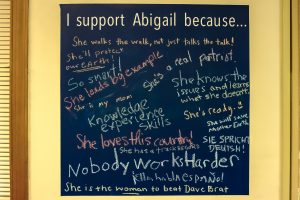 One of the defining features of this political age is the way in which fringe messaging which borders on the conspiratorial has become mainstream, and this year’s election cycle in Virginia is no exception.

In fact, the sitting incumbent for the 7th District, Congressman Dave Brat, has been called out more than once for re-tweeting conspiracy theories, most notably after the school shooting in Parkland, Florida. Spanberger has not been immune to this messaging either, being pinged by publications like The Gateway Pundit as being part of a “deep-state conspiracy” due to her CIA background.

“So I have gotten the deep state narrative,” she said. “I would write something on Facebook about healthcare and they would write ‘you’re deep-state we shouldn’t listen to you’.” This messaging has only been emboldened by a roster of up and coming Democrats who have foreign policy and intelligence credentials, along with Trump’s attacks on the Justice Department claiming they are engaged in a deep-state conspiracy against his presidency. 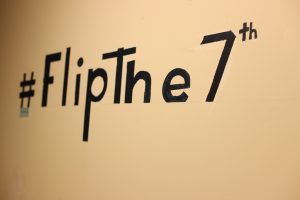 “There are a couple of us running and the Washington Post ran an article about Elissa and me, and that got a lot of play and that’s when it picked up.” In an age of foreign-based social media campaigns, Spanberger was quick to point out that these were not Russia bots, but people living in Virginia’s 7th District.

While foreign policy is built into the DNA of the Spanberger campaign, her focus still remains local.

Asking about her priorities if she makes it to Congress, she was quick to name three: financial stability, gun-violence prevention, and healthcare; something she spoke enthusiastically about, “We find ourselves in a place where premiums are continuing to rise, estimates are thousands of people in the 7th District are going to lose their healthcare.” Explaining how healthcare can be addressed, she commented on the need to bring back the individual mandate as a way of strengthening the Affordable Care Act, along with allowing Medicare to negotiate its own prescription drug prices. “There is a variety of things we can do to positively impact someone’s life as it relates to healthcare, and we need to be doing all of it.”

Before closing out, Spanberger was asked what her message is to young people and her answer was reflective of 2018. “Everything is political. Whatever it is you care about it is linked to politics..nothing will change until the people who want it to change get involved.”