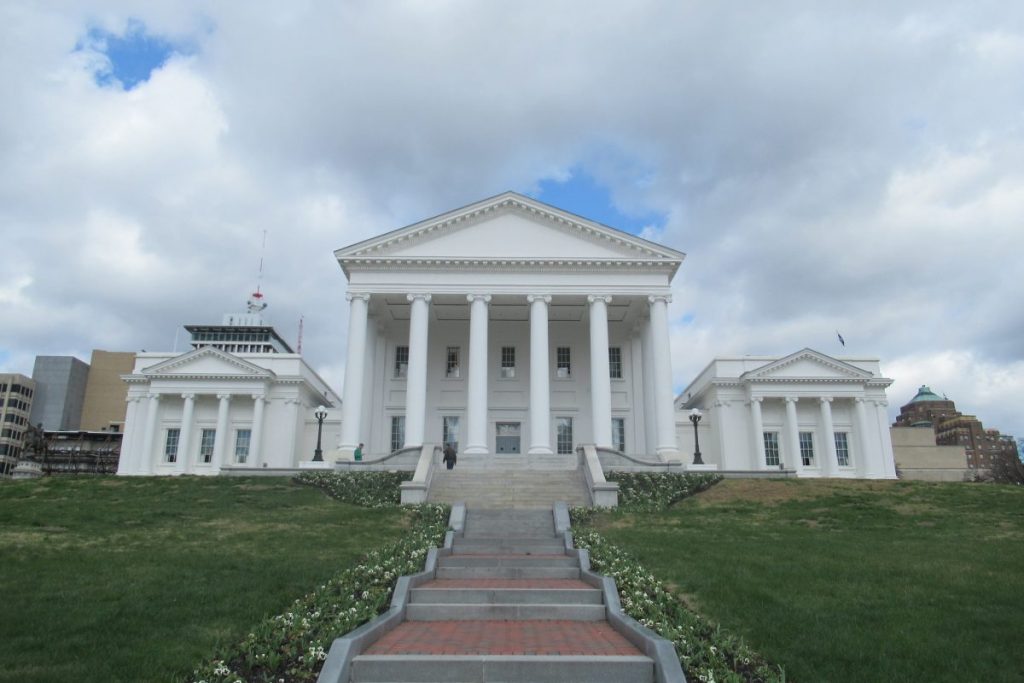 Where civil rights are concerned, this year’s session of Virginia’s General Assembly has been a mixed bag: protections for people with disabilities and domestic workers, but no protection against sexual harassment in the workplace.

Five bills were introduced during the 2021 session to amend the Virginia Human Rights Act. Three passed the General Assembly. The Virginia Human Rights Act prohibits employment discrimination on the basis of race, religion, age, gender, and sexual orientation, among other groups. Virginia last year became the first Southern state to pass sweeping anti-discrimination protections for the LGBTQ community through the Virginia Values Act.

“I am very happy that the bill has widespread support,” stated chief patron Del. Mark D. Sickles, D-Fairfax, in a press release. “I can’t thank our advocates enough, and am grateful for the leadership in Attorney General Mark Herring’s office and for the guidance of the disAbility Law Center.”

Del. Kathy Tran, D-Springfield, said during a House subcommittee hearing that in 2019 the unemployment rate for people with disabilities was twice as high as those without disabilities.

“People who have disabilities, who are able to and want to work, I think we should try to help them be part of the workforce,” Tran said.

A person who claims they were denied reasonable accommodation must file a complaint with the Office of Civil Rights. They would need to exhaust all administrative processes before pursuing a lawsuit.

Colleen Miller, executive director of the disAbility Law Center of Virginia, an advocacy organization, said the bill’s passage is “an important development for Virginians with disabilities who are in the workforce and wish to be fully employed.”

The bills’ patrons highlighted the impact of excluding domestic workers from employment laws, which they said are bound to the legacy of slavery and Jim Crow-era laws. Domestic workers include occupations such as “cooks, waiters, butlers, maids, valets and chauffeurs,” according to the bills.

A majority of domestic workers are women of color and are three times as likely to live in poverty than other workers, according to the Economic Policy Institute, an independent economic research organization.

Lawmakers also passed HB 2032, patroned by Del. Wendy W. Gooditis, D-Clarke. The measure does not amend the state’s Human Rights Act, but it ensures domestic workers are not excluded from employee protection laws. Workers will be able to file complaints regarding workplace safety. Virginia is the 10th state to pass such legislation. Portions of the bill that would include domestic workers under the Virginia Workers’ Compensation Act were removed.

The two bills amending the Human Rights Act that lawmakers could not advance would have strengthened current workplace sexual harassment laws.

Del. Vivian E. Watts, D-Fairfax, introduced HB 2155 to expand and clarify the definition of workplace harassment and sexual harassment. The bill passed the House but died in the Senate Judiciary Committee by a vote of 6-7. It was the delegate’s second attempt to pass such protections.

The Senate companion bill, SB 1360, reported out of the Senate Judiciary committee, but was sent back and never picked back up. Patroned by McClellan, the legislation died over concerns on the bill’s absence of employers’ liabilities, especially for small businesses.

Watts said her bill aimed to provide clearer definition of workplace and sexual harassment. The language in the bill comes from federal court harassment case decisions over a span of two decades, Watts said.

Watts’ measure clarifies that employers would be liable for the supervisors’ actions. She said committee members who voted against the bill failed to understand that the guidance of employers’ liability is not currently spelled out in Virginia’s law. Employers may be alleviated from any liability if they can prove they “exercised reasonable care” to prevent and correct harassment, or if employees “unreasonably” fail to take actions on “preventable or corrective opportunities” to avoid further harassment, according to the bill.

Both bills defined workplace harassment as an unwelcome conduct based on race, religion, natural origin, sex, sexual orientation, gender identity, and more. Sexual harassment includes a sexual advance, a request for sexual favors, or any conduct of a sexual nature in the workplace.

Watts said her bill will remove a glass ceiling and “power differential” that contributes to workplace and sexual harassment.

“If you don’t go along (with the workplace harassment), then you will be denied professional opportunities, work opportunities moving forward,” Watts said. “It is a power struggle, and that power struggle makes it a point of leverage.”

Prior to her bill’s death, Watts said there also was confusion over the Senate bill’s language, referring to the committee’s dispute on McClellan’s bill.

“There wasn’t a real focus as there needed to be,” Watts said.

McClellan’s bill was met with debate from other lawmakers in the Senate Judiciary committee, such as Sen. Chap Petersen, D-Fairfax, over the bill’s language. McClellan asked Petersen if he wanted to add an amendment. He said he didn’t.

“I just want this bill to go away,” Petersen said.

Petersen questioned if his wife asking men “to move the furniture for her” constituted sexual harassment. Multiple lawmakers said the bill’s language was too broad.

McClellan, a gubernatorial candidate, is committed to advancing anti-workplace harassment laws, either as a legislator or governor, according to her spokesperson.

Watts said she will reintroduce her bill next year. She said she will make sure there is an understanding that the bill contains a “sound, legal approach” to employers’ liability.

“I believe that the majority of the members do believe that this is something that needs to be spelled out to protect employees, and particularly minorities and women,” Watts said.