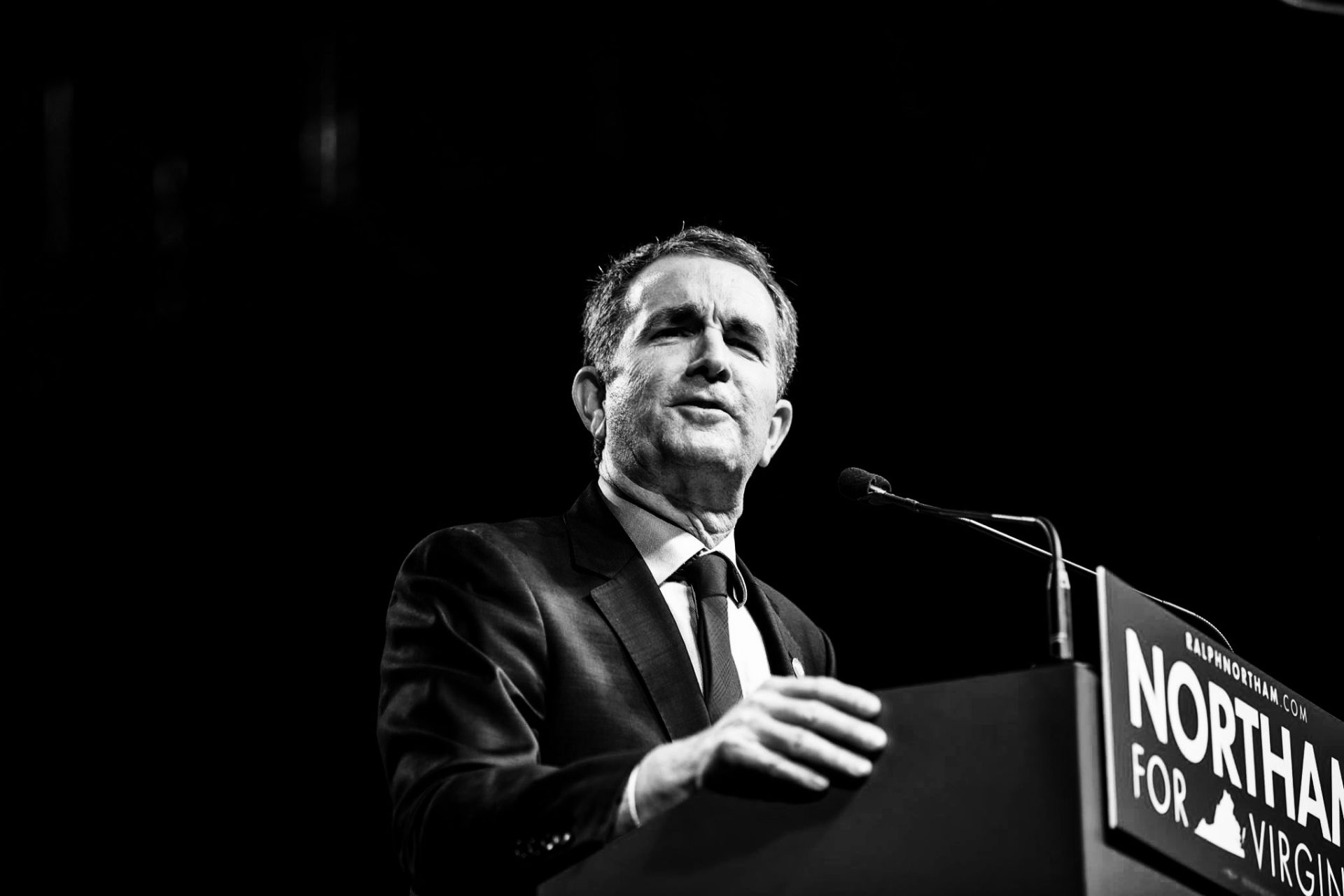 Following a blowout victory, Ralph Northam will be the next Governor of Virginia after a Democratic sweep of the Commonwealth. It’s the conclusion to a contentious race dominated by negative advertising and messaging, focused on anxieties about immigration, race, and crime. This tidal wave of blue across Virginia has not been seen since then-Senator Obama won the presidency in 2008.

A wide range of voter polls showed Northam with a sliver-thin advantage heading into the election, and Democrats feared the loss of another moderate candidate in a repeat of the Trump-Clinton race. Joining his victory are Justin Fairfax and Mark Herring, both of whom won their races for Lt Governor and Attorney General by similar margins. And in a surprising twist to the election, a slate of delegate candidates are now poised to flip the House of Delegates blue for the first time in 20 years.

Turnout was on par with expectations, with some areas reporting 50 percent of registered voters casting their ballots throughout the day. Down-ballot races and Democratic resentment of the Trump presidency were key factors for many voters, especially in Richmond, where 58,800 voters chose Northam to Gillespie’s 12,263.

Many media figures and progressive pundits predicted a low turnout for Northam, citing a perceived lack of enthusiasm among young voters, but VCU campus activists disagreed. “I voted for Northam in the primary, too,” said Molly Salavantis, who also volunteers with NextGen America. She was at VCU Commons with her sister and other volunteers handing out donuts and reminding students to vote. She was optimistic about turnout. “We registered 3,000 new voters at VCU alone.” 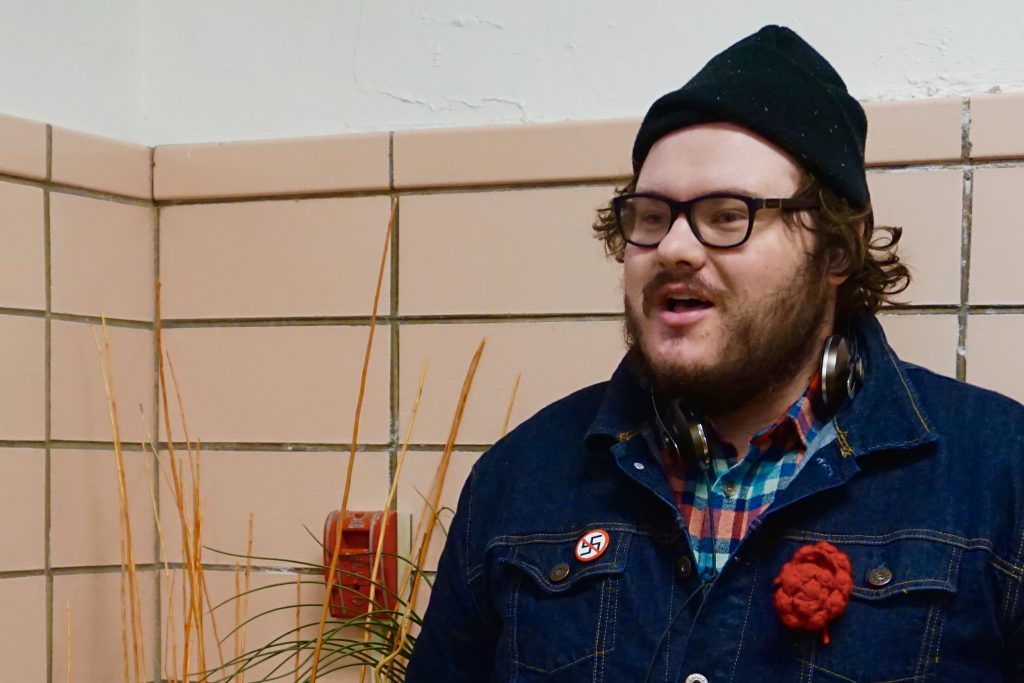 News outlets also predicted voter backlash against Northam for his mixed messages on sanctuary cities. This cost him the endorsement of Democracy For America, but didn’t particularly hurt his relationship with Latino Victory Fund, a group that attacked Gillespie in the last days of the campaign. “I voted for Northam, but I’m pissed off about [waffling on] Sanctuary Cities,” said Christopher, a voter originally from Appalachian Virginia who didn’t want to use his last name. “I was a [Tom] Perriello guy,” he said, referencing the progressive runner-up in the Democratic primary. “I liked him. I really like Justin Fairfax too, he opposed the pipeline.”

The Atlantic Coast Pipeline was a motivating factor for other voters. One of those voters was Paul Harvey, who cited the ACP as a factor in his vote for Cliff Hyra, the Libertarian candidate for Governor. Harvey also pointed to the negative ad campaigns as an influence driving him away from the Republican and Democratic candidates. “The guys on TV suck,” he said, referring to the back-and-forth ads, beginning with Gillespie’s ad invoking fear of immigrants through references to MS-13, the violent gang with ties to El Salvador. 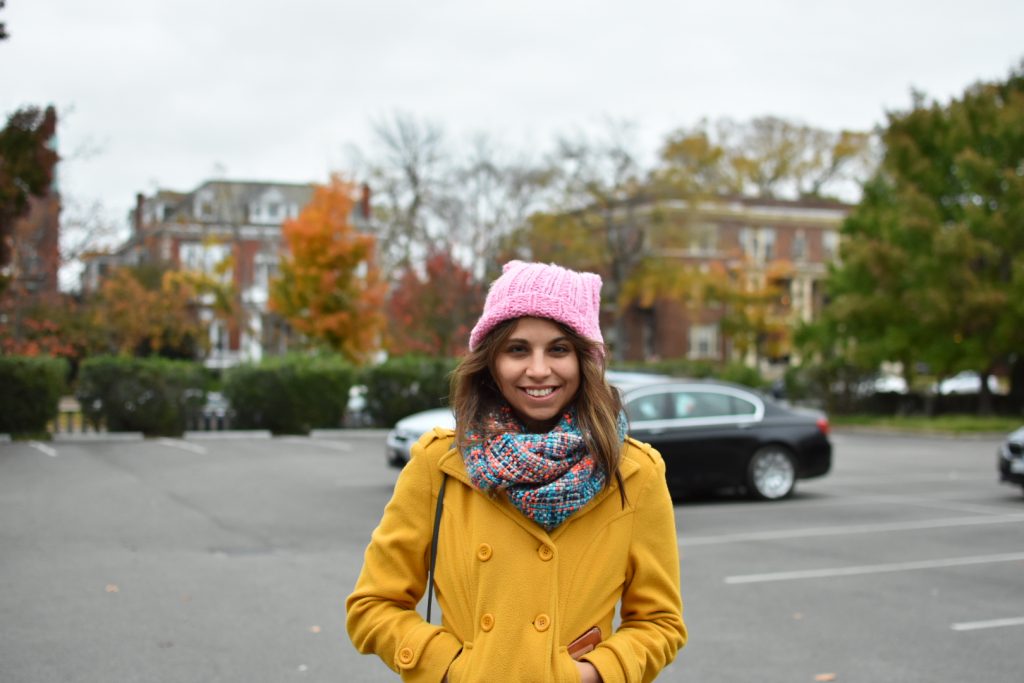 Carli Viola wore her woman’s hat to the polls

Many voters cited opposition to Trump and the Republican agenda in influencing their vote. Early voter Carli Viola wore her pink crochet hat to her polling place at First Baptist Church on Monument Avenue, memorabilia from the Women’s March held last January. Kathryn Wirtz supported the Democratic slate, citing concerns for people who face discrimination. “This election really matters for a lot of people. It’s my duty to come out and vote to protect their rights.” 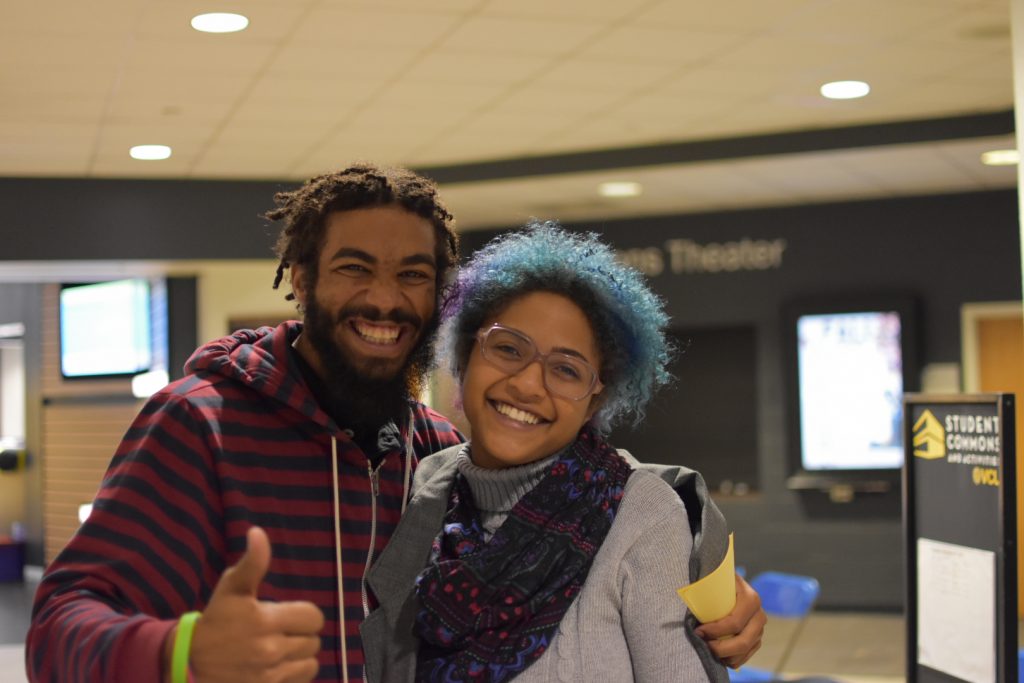 Virginia Commonwealth University’s new polling place at Commons was overwhelmed with voters. Officials were unable to provide voter counts to reporters and lines were longer than at other polling stations throughout the day, even during the earliest shifts. Local activists Elijah Morgano and Breanna Jones were among many volunteers greeting visitors and directing them to the polls upstairs in the ballroom. 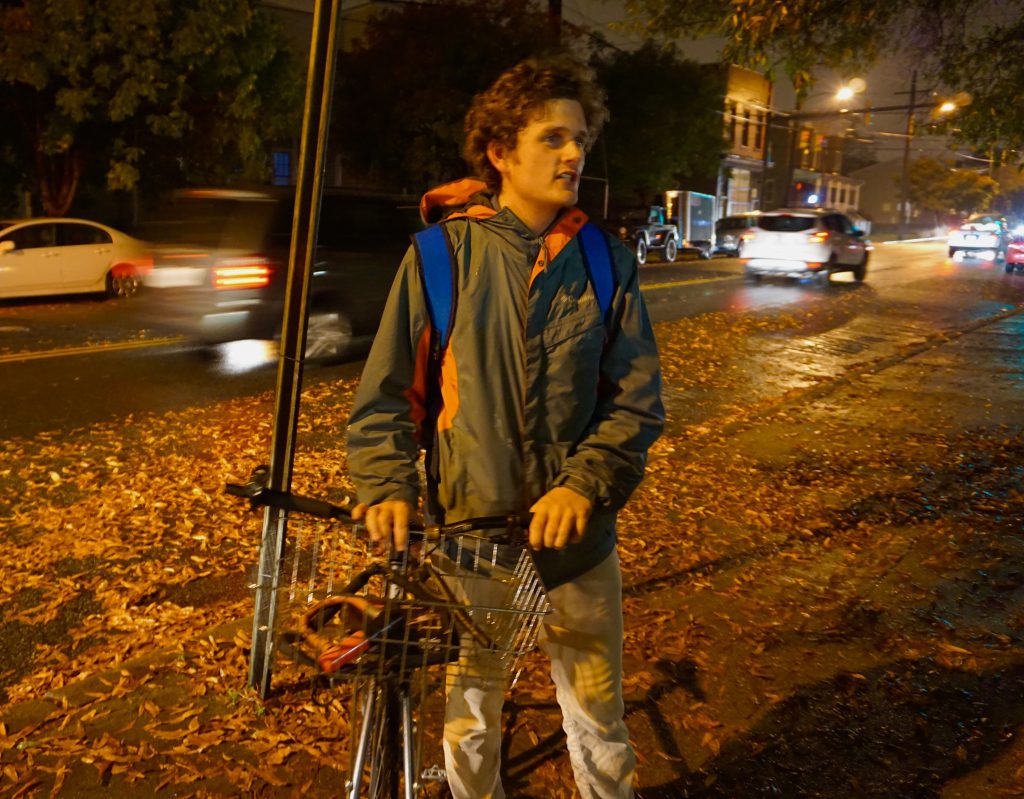 One of the last voters at the Carver polling station was John DiJulio, a bike commuter who arrived just before the close at 7 pm. “I work out by the raceway,” he said, apologizing for being flustered from his rush home. He’d also supported Perriello in the primary, but thought the stakes were too high to be picky. “I’ll take any Democrat in the end,” he said, referring to a slew of policies and social issues that motivated his vote.

The race was called before 8 pm, with Northam’s lead nearing 3 percent less than an hour after polls closed, which is expected to grow as high as 10 percent before the end of the night. For Democrats it’s a welcome victory after a rough presidential election, and a show of unity for a party divided from debates dating back to the 2016 primary election.

Despite the victory, those divisions are likely to continue, with pundits and party leaders alike questioning the polling methodology and looking for lessons for future candidates and races.

*Caitlin Barbieri and Nidhi Sharma contributed to this report. Photos by David Streever or Allison MacEwen