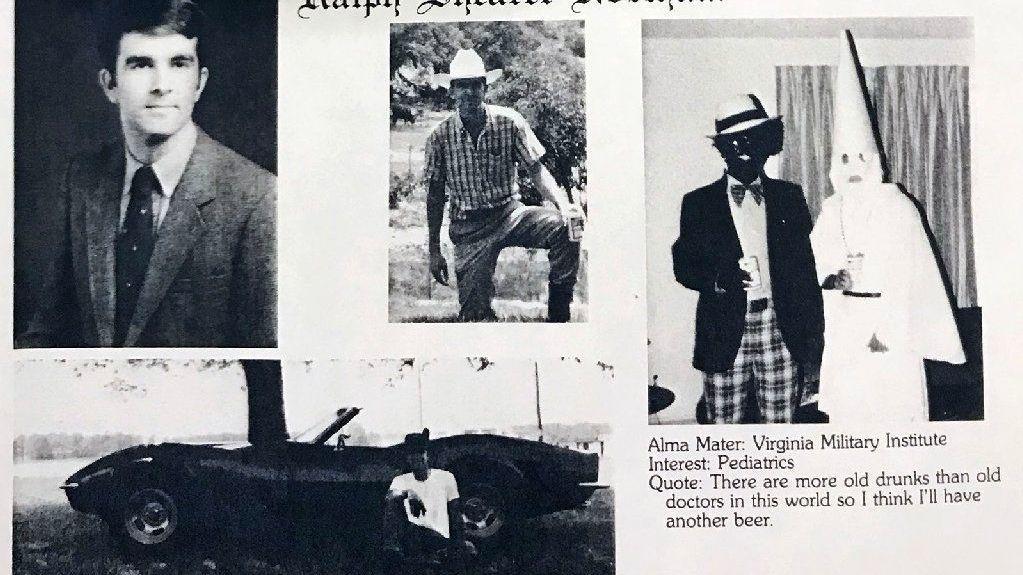 Racism Doesn’t Stop at the Boards: Lessons from EVMS’ Yearbook

The yearbook image of two young men, one dressed in blackface and the other in KKK robes, is searing and ugly, reminding us of our relatively-recent and openly-racist past. That one of the young men is — or even just could be — Virginia’s Governor Ralph Northam makes that ugliness feel particularly low, taste particularly galling, and disqualifies him from leading our Commonwealth away from the more subtly-racist environment that can still be found all over Virginia since the photo was taken in 1984.

Nonetheless, the photo depicts multiple realities, and one that is perhaps deeper than a young man acting a racist fool, is that this picture was actually published in the yearbook of Eastern Virginia Medical School (EVMS). And from that yearbook, it screams loudly about medical education at EVMS, what is expected of students there, and how blackness is both perceived and treated in places that promise to do no harm. Administrators at EVMS have apologized for the picture, and claim that there is no explanation for how it was published in 1984.

The explanation is rather simple: when EVMS graduated its first MDs in 1976, there was only one black member of the class. Though it’s difficult to confirm, there were likely no black faculty members. Diversity at EVMS and in American medical education has hardly improved; statistics about black male enrollment as first-years in medical schools across the U.S. between 1978 and 2016 are stark: there has only been a 39 student increase in over 38 years. In 2017-18, an astoundingly low 6% of currently enrolled male and female medical students across the country identified as black.

At EVMS, enrollment of black students is less than the national average at only 5%. In 2015, about 11.6% of the science and clinical faculty at EVMS were reported as underrepresented minorities. For EVMS and other medical and health professions, underrepresented minorities could include several groups as well as African-American — and considering the distribution of race and ethnicity in Hampton Roads, the EVMS students and faculty don’t even remotely mirror the people they serve.

So did students and faculty at EVMS in 1984 feel particularly invested in black members of their community? Not likely.

And yet whiteness and medicine isn’t a story unique to EVMS, Virginia, or our Governor. Not including historically-black universities like Howard and Morehouse, medical schools with the highest enrollment of black students in the U.S. top out at just over 8%. In 2018 in the U.S., only 7.6% of employed physicians and surgeons were black or African-American. And it is in systems like U.S. medical education — where there are few black professionals, few black faculty, and few black students — that systemic racism can live and breathe.

Unfortunately, racism isn’t something that is tested for by medical board exams. Medical students who have no black classmates, faculty members, or mentors grow up to be doctors who perpetuate racist stereotypes that kill people: black children are underprescribed antibiotics, and black adults are half as likely to be prescribed pain medication as white patients. Black women die of pregnancy-related causes at a rate up to 4 times that of white women, and women of color, even celebrities like Serena Williams, tell story after story of their pain being ignored by doctors. It was during a UVA study conducted in 2016 that these differences in prescription rates of pain medication were first described as just-plain-racist:

“Researchers find that a substantial number of white medical students and residents hold false beliefs about biological differences between black and white people (e.g., black people’s skin is thicker; black people’s blood coagulates more quickly) that could affect how they assess and treat the pain experienced by black patients.”

The University of Virginia Medical School is ranked number 26 in the nation in 2019. How are white students enrolled in one of the best medical schools in the country and still believe that there are real biological differences between black and white bodies like skin thickness or pain reception? In 2017, an image (below) from a nursing textbook describing “Cultural Differences in Response to Pain” made the rounds of the internet, eventually resulting in that text being pulled by the publisher. Though this book likely wasn’t used at UVA, it’s a clear illustration that stereotyped tropes about the biological differences between races are still actively taught in at least some medical curricula, and influence how doctors treat and prescribe their patients of color.

While Northam claims that the racist pictures aren’t him, on some levels that doesn’t matter. They still illustrate what life was like for white medical students in Virginia in 1984, and they give us clear insight into systemic racism that influences medical studies and practices in the U.S. today. How are Americans of color supposed to trust this system that so consistently fails them?

Perhaps one way forward is to consider how doctors are trained in even understanding the humanity of their patients. Many of my colleagues who are biological anthropologists are employed in medical schools across the country, teaching human gross anatomy to medical and nursing students. Anatomy, and medical education, with an anthropological lens is groundbreaking and lifesaving — it trains medical professionals to see patients as humans with diverse identities, needs, and lived experiences. But whatever the answer is, change in medical education and practice can’t happen too soon: lives, our community, and our Commonwealth depend on it. N 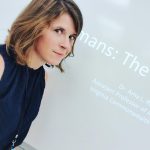