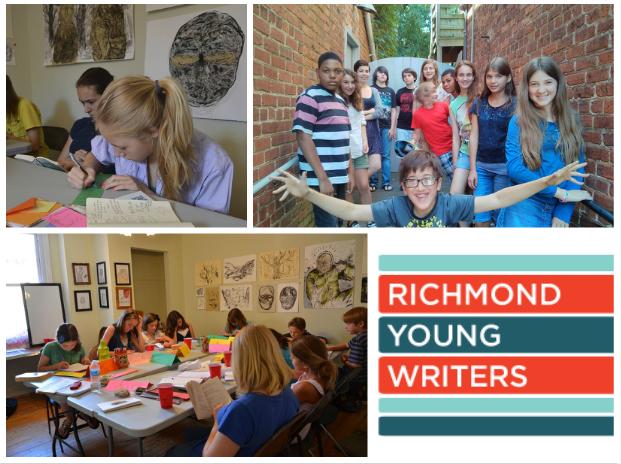 In I Know Why the Caged Bird Sings, Maya Angelou wrote, “There is no greater agony than bearing an untold story inside you.” Though Angelou is now dead, her spirit lives on in the Richmond Young Writers, a group to help budding poets and authors express themselves.

In I Know Why the Caged Bird Sings, Maya Angelou wrote, “There is no greater agony than bearing an untold story inside you.” Though Angelou is now dead, her spirit lives on in the Richmond Young Writers, a group to help budding poets and authors express themselves. Now this heartwarming organization is getting its own space in Carytown, and it has big plans for the future.

William Shakespeare would certainly describe Richmond Young Writers as a “marriage of true minds.” In 2009, Valley Haggard and Bird Cox had started teaching writing classes in Richmond separately – Haggard ran summer camps at Chop Suey Books, while Cox taught after-school classes at Studio Two Three. After being introduced by a coworker at the Visual Arts Center, the two women realized, “Well, this is obvious we’re the same person – we need to be in business together immediately,” Cox said in a phone interview.

For five years, the Richmond Young Writers have run their classes and workshops out of the second-floor gallery of Chop Suey Books. This has meant coordinating their expanding operations around the exhibitions, author talks and other events held by the bookstore, Cox said. Cox and Haggard had thought of having their own space for a while, and even participated in the Greater Richmond Chamber of Commerce’s i.e. Start-Up Competition in 2012. At the beginning of this year, they were told by Chop Suey owner Ward Tefft of a perfect opportunity – a vacant space next to the bookstore. “We had it as a dream for a long time, but when the reality became available, we really jumped on it,” Cox said.

But the young writers needed more than just a space, and so RYW launched a Kickstarter campaign at the end of April to finance the “walls, tables, chairs and magic to transform it into a writers’ wonderland.” The organization reached their $6,500 goal in just two days, and eventually raised more than $11,000 in their month-long campaign. Cox said that the new space will let the Richmond Young Writers expand even more. “We will have a much more flexible schedule which will allow us to open up more classes,” she said, and they’ve already started adding more daytime and adult classes.

“Without Richmond Young Writers […] how are you supposed to discover your skills as a writer?” asks a boy in a video on RYW’s Kickstarter page. Cox recalled that the writing classes she took as a teenager at the University of Virginia had a “huge transformative effect” on her. “It really helped me grow, and see who I was in a deep way,” she said, “It made me feel like I understood who and what I wanted to be, so we’re hoping to give that experience back.”