Last week, we saw some great releases from local spots and even went Dashing Through The Fan. Krampus made an appearance again, and beer lovers far and wide prepared for the holiday week with the season’s best recipes. This week, we’re checking out some awesome new brews, events, and even brand-new breweries to close out 2018 and kick off the new year.

This week, Richmond welcomed a fresh face to the local brewery family. Shiplock Brewing is the newest addition in town, coming from the same hands behind Southern Railway Taphouse. It found its home in the old 7 Hills Seafood & Brewing, and it just opened its doors this month. We’re excited to start off the new year with a new member of the family, and can’t wait to learn more about what’s on tap as Shiplock gets more familiar with the community.

In contrast to the newest spot in town, our longtime friends at Hardywood have some news this week as well. On Saturday, they’re dropping their Raspberry Stout, and just a few days before New Year’s Eve, it sounds like a great one to sit down with and say goodbye to 2018. This 9.2% ABV stout’s brewed with chocolate malt, cacao nibs, and late-season red raspberries from Agriberry Farm out in Hanover. A lot like fresh beers from our friends at Strangeways, this weekend’s treat hails from local fruits. It’s full-bodied and flavored, “beguiling with notes of rich dark chocolate and raspberry jam.” Mmmmmm. I’m a sucker for a good jam, and Hardywood nailed it with this one. Head over to the brewery this Saturday and let us know how you like it.

Happy holidays from Legend Brewing Co.! Richmond’s true OG’s are getting festive this week, and they just brought back their Bourbon Barrel Brown Ale at their spot over the bridge. Brown ales are both my favorite kind of beer, and for some reason, one of the hardest for me to find at a lot of places — and everyone knows you can’t go wrong with Legend, so I’ll definitely be giving this one a try! Also on tap this week is Dopplebock, Tripel, and a Tiramisu-inspired porter cask (two tiramisu beers in two weeks! Lucky me). Head on over and show Legend some love, and if you’re feeling lucky too, maybe you’ll even run into ol’ Saint Nick.

Hats off to some lucky princess out there, because her horse is here: The return of the Black Knight is coming up this Friday at Castleburg Brewery and Taproom. This earthy IPA has a pine-like profile, according to its tasters, and its floral and citrus flavors fit with its English and German dark malts. It’s an extra-dark Black IPA with chocolate and coffee tastes, and at 6.7% ABV, it’s a nice way to get that dark beer taste without the high content of most stouts.

Today’s the first-ever release of Never Calm³ over at The Veil Brewing Co., and this triple-fruited version of their original Never Calm gives the passionfruit-pineapple gose an extra oomph. The Veil is celebrating Koelschip season right now — their favorite time of year, and also their fourth in a row brewing the Lambic-inspired and “spontaneously fermented” beers. Every release from The Veil seems to be an awesome one, and it’s no surprise that they’re the talk of the town so often for new folks visiting Richmond. Never Calm’s fruity goodness is making its debut appearance tonight at the brewery, and the triple-fruit beer sounds like the perfect summery escape to cheers Christmas goodbye this week.

Speaking of triples, Strangeways is dropping three brand-new brews this Saturday. Sleeps with Angels is a chocolate imperial stout, and it’s accompanied by Geomancy and Bohemian Grove. Geomancy is a refreshing and fruity Belgian table beer, according to the brewers, and it’s brewed with grown barley from Epiphany Craft Malt and more local goodies, as always — Virginia malted wheat from Murphy and Rude. They also note that it has subtle notes of fruity and spicy yeast, “alongside a more aggressive berry character from boysenberries, that lend both acidity and sweetness.” Its triplet sibling, Bohemian Grove, brings a great earthy flavor to the family with tropical fruit, black currant, pine and gooseberry to complement its citrusy, dank hop profile. Also coming up this weekend at Strangeways is their fourth annual “Out of the Darkness: American Foundation for Suicide Prevention Fundraiser” event, so be sure to swing by and give what you can.

Looking for fun on the first day of the year? Well, I hope you don’t go too hard on New Beer’s Eve, because there’s even more good stuff coming up after it. Mean Bird, Richmond’s fried chicken and vegan fried chicken faves is heading over to Ardent at the top of 2019 to serve up chicken and gingerbread waffles (YUM) on top of all their other delicious goodies. If you’re moving slow from the night before, have no fears, they say, because Mean Bird’s coming out at noon and they’ll be around all day. Mean Bird’s got your recovery covered. Whether you’re feeling fresh from crashing before the ball drops, or desperately trying to get past the night’s festivities, Ardent and Mean Bird are your guys.

Y’all, I really can’t with Richmond and The Big Lebowski. I’ve speculated about this many times before in this column, and our city’s Lebowski-Love is truly a gift that keeps on giving: Happy holidays, because it’s back, AGAIN, and we have Center Of The Universe to thank. I really do love this weird town and its weird love for this weird movie, and I only joke because it’s confusing — in the best kind of way. The Dude rules, and RVA knows it. Head on over to their event with Ellie Quinn for The Big Burleski, a Big-Lebowski themed burlesque show with BL costumes and tons of surprises in store. If you go, please let us know what kind of “surprises” a Big Lebowski burlesque show entails, because I’m imagining so many things.. Wow. Anyway, this sounds like a total blast, so don’t miss it!

Breweries all around town are gearing up for Independence Day, and Strangeways Brewing is no exception. This Saturday is their “Cheers to Independence” Beer Release. They’ll be releasing a whopping four beers for the event, starting with the Everlasting Light Lime Kolsch, a light, crisp ale made with Mandarina Bavaria hops and boiled with lime and kaffir lime leaf. They’ll also feature a new IPA, the Work Jorts IPA, a new sour ale, the Comfortably Plum American Sour, and the Cantilever Dark Ale, a hybrid of several beer styles with a malty backbone, some character of hops, and the crispness of a blonde ale.

The event starts 11 a.m. Saturday and lasts all day, and teachers receive 20 percent off all in-house beer. 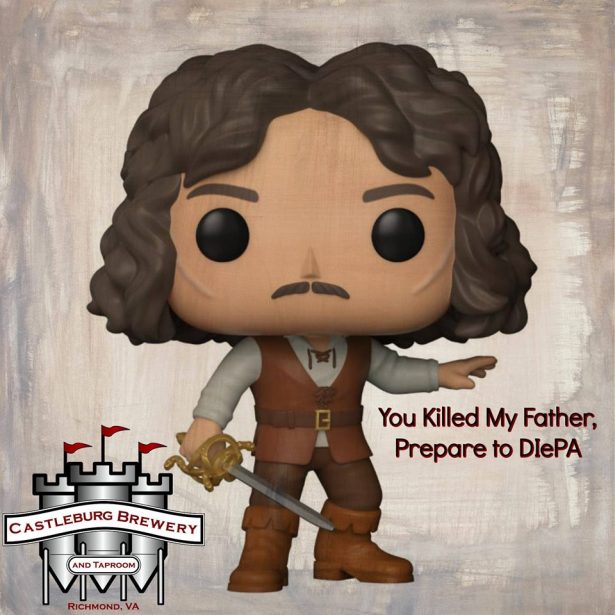 Tonight, Castleburg Brewery and Taproom will release their latest IPA: You Killed My Father, Prepare to DIePA. An homage to our favorite vengeful Spaniard from the popular film ‘The Princess Bride,’ it’s a beer even Inigo Montoya could enjoy after a long day of sword training. It will slice through your tastebuds with citra, comet, mandaria bavaria, and flavors of nuget–and for the bloodthirsty avenger in you, don’t be surprised to find notes of blood orange. 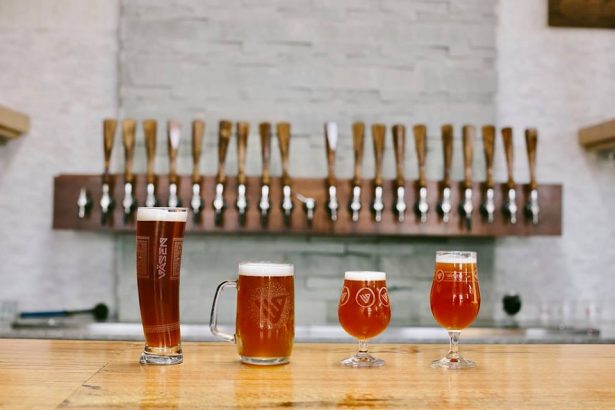 Back by popular demand, Väsen Brewing will be re-releasing their Smoked Blood Peach Sour brew tonight. The beer’s summery vibes of citrus and peach combine with a light smokiness and hints of toffee make it a fan favorite. Be sure to stop by their Paint Party starting at 6 p.m., as local artist Shay Wilson will guide you through painting on reclaimed wood canvas as you sip away. 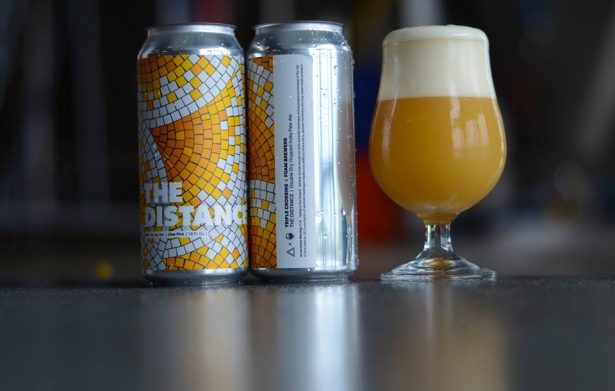 Triple Crossing has teamed up with Foam Brewers to create a few new juicy brews, one of which will release this Friday. The Distance DDH IPA perfectly combines the new brewers’ techniques and makes an interesting combination of yeast and hops. Bold notes of ripe mango, key lime pie, orange rind, and pineapple make it a great summer treat, and will be released alongside the Falcon Smash IPA. 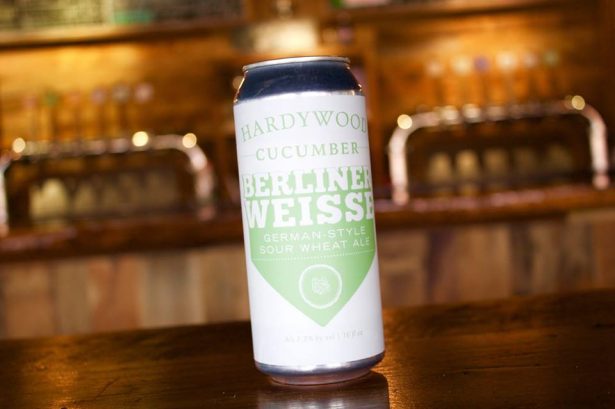 Recreating a historical beer that originated in Berlin, Hardywood is releasing Cucumber Berliner Weisse–a light, refreshing, and tart beer that the Germans of old sipped to beat the heat. Hardywood uses traditional German ingredients along with a kettle souring method and will be releasing their newest canned beer this Friday. 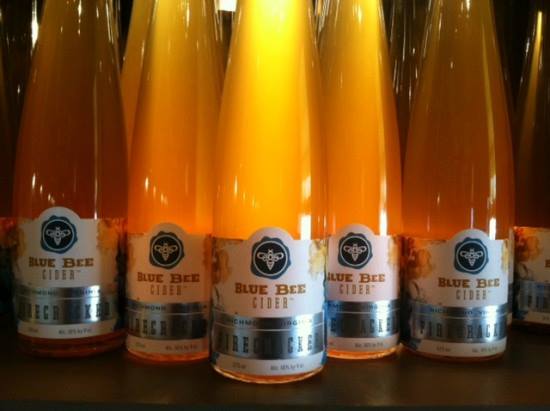 Looking for a place to watch the fireworks on the 4th, but don’t want the crowd? Blue Bee Cider has the perfect solution. Join them next Wednesday for the release of their Firecracker New Vintage small batch cider, a ginger-infused eau de vie fortified apple brandy with plenty of pineapple aroma, a rich, smooth sweetness, and ginger zing on the finish. Kids and dogs are welcome, and the event kicks off at 1 p.m.

Every year Black Friday seems to get bigger, longer and crazier and we as humans just can’t seem to get enough of the deals in the annual shopping frenzy. Just about every store is offering some sort of sweet deal on its products from electronics to makeup to toys, but wouldn’t it be nice to get a deal on something to help you unwind?
END_OF_DOCUMENT_TOKEN_TO_BE_REPLACED

Get ready craft beer lovers because another brewery is now ready to open its doors in Scott’s Addition.

END_OF_DOCUMENT_TOKEN_TO_BE_REPLACED

Scott’s Addition is getting a castle. Well, not really, but it will be in the name of a brewery slated to go in the area by the end of the year.