Every Friday night, RVA Mag brings you a totally rockin’ playlist curated by Virginia’s most influential artists, musicians, and institutions.

This week, we’ve taken the reins ourselves once again, in celebration of the fact that this is the 100th RVA Mag Weekend Playlist! We never would have figured that an idea we had on the spur of the moment would have lasted nearly three years like this, but since it has, we figured we’d use our 100th time around to celebrate the full spectrum of Richmond music, from all genres and all areas of the river city, by presenting 100 songs by (at least) 100 different currently active Richmond artists.

Now, this isn’t an exhaustive list of people and groups making music in our wonderful hometown — to do that would take something closer to 500 different songs, and even then, we’d be hampered by how many aren’t even on Spotify yet. Instead, you should look at this as more of an overview, a guided tour through everything from indie rock to hip hop to jazz, metal, punk, folk, and a lot more, including some things that are all but impossible to categorize. This playlist amounts to over six hours of music, and is sure to contain at least a few things you’ve never heard before, so dig in and appreciate the wondrousness of our city’s music scene.

It’s not supposed to sound pretty. Richmond band VV’s shambolic no-wave performances have made a mark on the local DIY scene this year.

The band’s raw, anarchic intensity takes more from 80s punk outsiders like Flipper, Stick Men With Ray Guns, and Teenage Jesus and the Jerks than anything in current scene. Those influences may be more incidental than intentional, however.

VV’s rudimentary punk noise is partly a result of their inexperience. Guitarist Kelsey Hulvey and drummer Rachel Harper picked up their instruments only a few months before starting the band. 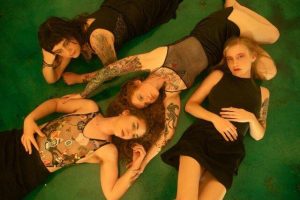 “I knew a couple basic things, like how to make a power chord and what my strings should be tuned to,” Hulvey said.

The band’s musical limitations haven’t held them back though; if anything, those barriers have made for more interesting, idiosyncratic songwriting. Their primitive style stands in stark contrast to the polished and well-rehearsed songwriting that dominates Richmond’s punk scene.

“We’re not trying to adhere to anything or sound like anything in particular,” Hulvey said. “We’re starting with a blank canvas every time we write a song.” 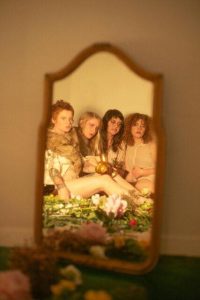 According to the band, they construct their songs around a lyrical fragment or idea, and work on the music and lyrics collaboratively. It can be an exhaustive process, but the autonomy that it provides is worth the effort — and keeps them from falling into a formulaic rut.

“An important part of our band is doing what we want and carving out our own space,” Hulvey said. “I don’t care how other people receive it. It’s important that we’re creating something that we like, that’s important to us.”

Back in the early 80s, suburban kids who’d picked up on the first wave of punk rock from NYC and London were starting to pick up guitars and create their own regionally-focused underground bands and scenes. Richmond was no exception, and photographer Cindy Hicks was an essential presence at those early shows, often turning away from the bands on stage to document the kids in the crowd, capturing the scene as it really was for the kids involved at the time. From the touring bands making their name at the time, to lesser-known RVA locals of the era like White Cross, The Prevaricators, and Judicial Fear, Hicks’s photos give us a window through time to see them all–and, just as importantly, the kids who came to see them.

Harris: What was the Richmond scene like when these photos were taken?

Hicks: It was amazing, so many great tiny venues. Benny’s, Rockitz, the Doghouse, Going Bananas, 538 Club, even Mosque Ballroom.

Hicks: Reagan era, I think! Ha! [In] 1982 the music was changing. I had dropped out of VCU, to go back in 84. I was never political, just an artist.  I worked part-time at Richmond newspapers–I got a full page picture story out of some of my images, after they had me shoot punk rock night at the Bus Stop in Shockoe Slip.  Because it was so alternative! I still have negatives from that night.

Harris: What bands did people have to see?

Hicks: Local bands like White Cross, Red Cross [the forerunner to White Cross], Death Piggy–I could be mixing up my eras, but I went to shoot the people in the pit. Sometimes I did not know any of the bands’ songs.  But I saw and or shot: Suicidal Tendencies, COC, Dead Kennedys, Circle Jerks, Richard Hell, GWAR at Shafer Court on Halloween, and others that I can’t remember since I am not looking at my binder of negatives. Oh yeah, Bad Brains! No photos of that, the show was so amazing that I just had to experience it. Judicial Fear, The Prevaricators… so many.

Harris: What do you think of Grace Street today?

Hicks:I don’t recognize it. It makes me feel old.

Harris: Who were you back then?

Hicks: Just a girl who loved to shoot the energy and people. Someone on the fringe, not in the scene, but an observer–though now, I count so many people from them among my oldest friends! Doug Dobey is an example of that, so is Lisa Perilli.

Hicks: I am in reboot, retool stage. About 20 years in advertising. I am starting over, working in films/tv–a prop person, though I was that before advertising.

Harris: Do you keep in touch with anyone from back then?

Hicks: Yes. It is Richmond, so no real degrees of separation.

Harris: Maybe there should be a reunion somewhere?

Hicks: There was one a while back for Benny-fit. I prefer to remember what it was vs. seeing lead singers needing to put on their reading glasses to see the set list & someone could break a hip stage diving. 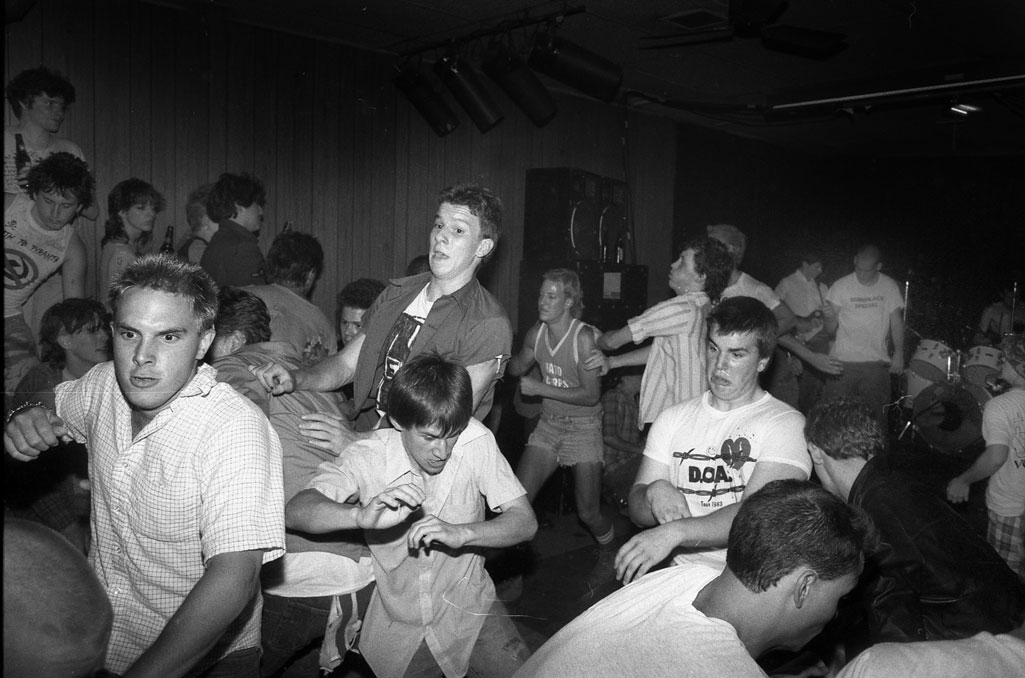 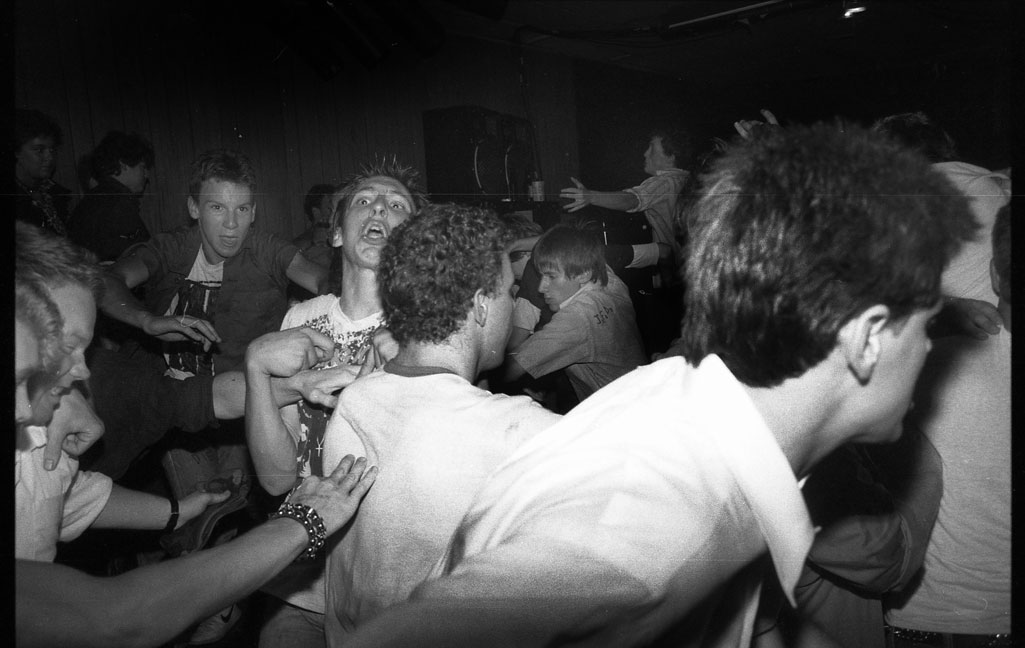 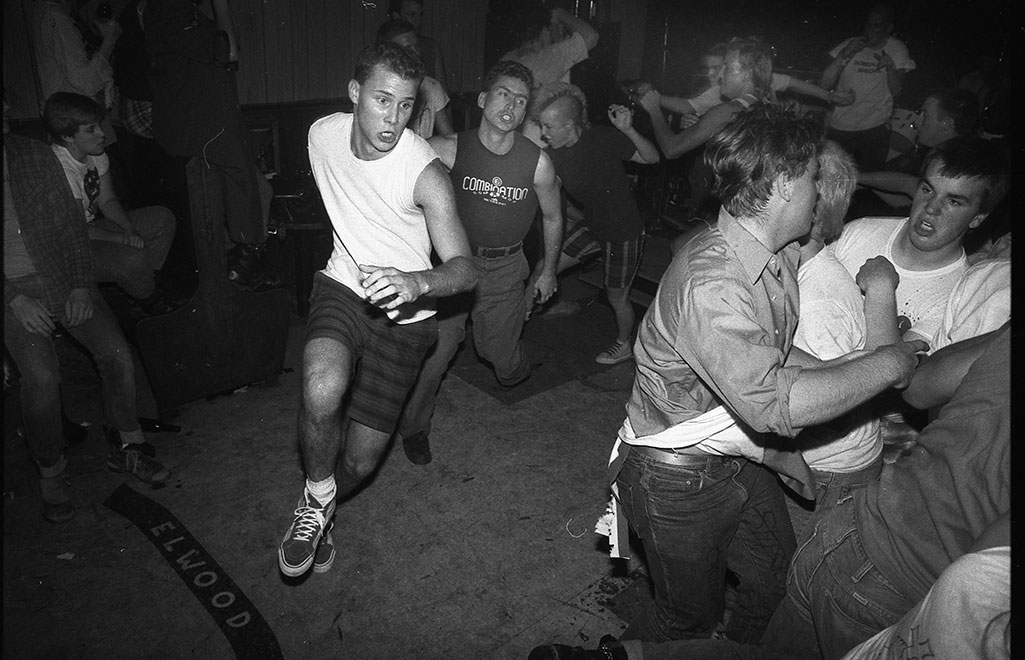 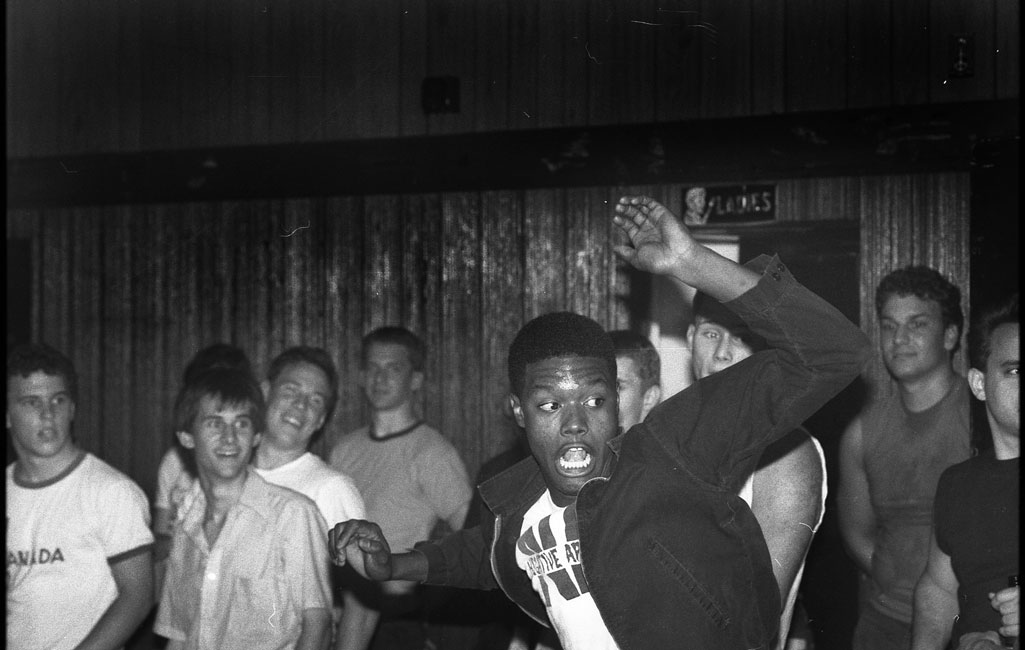 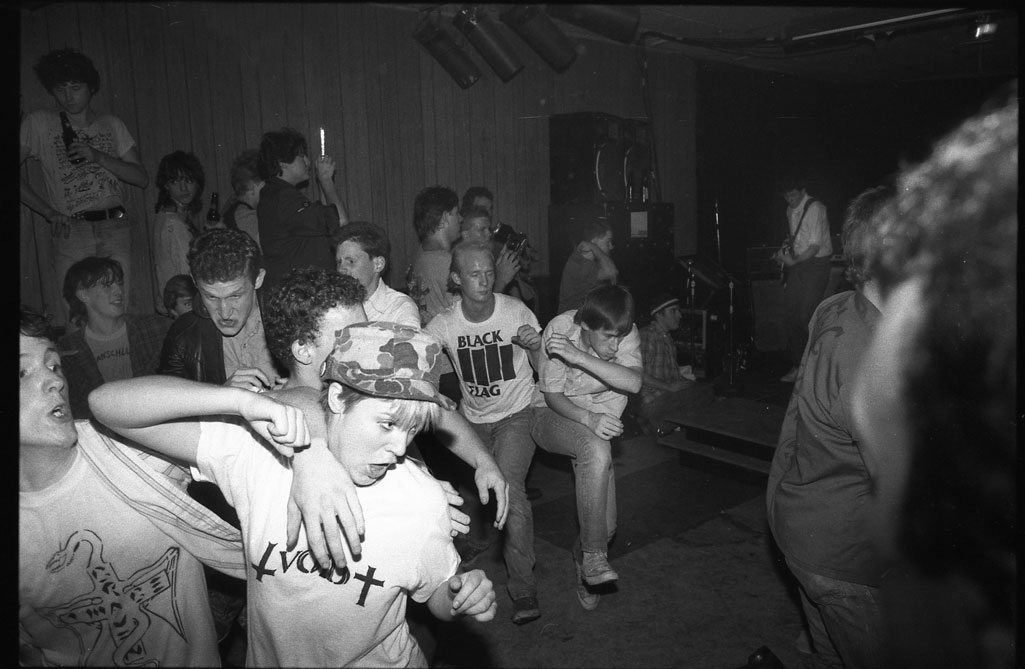 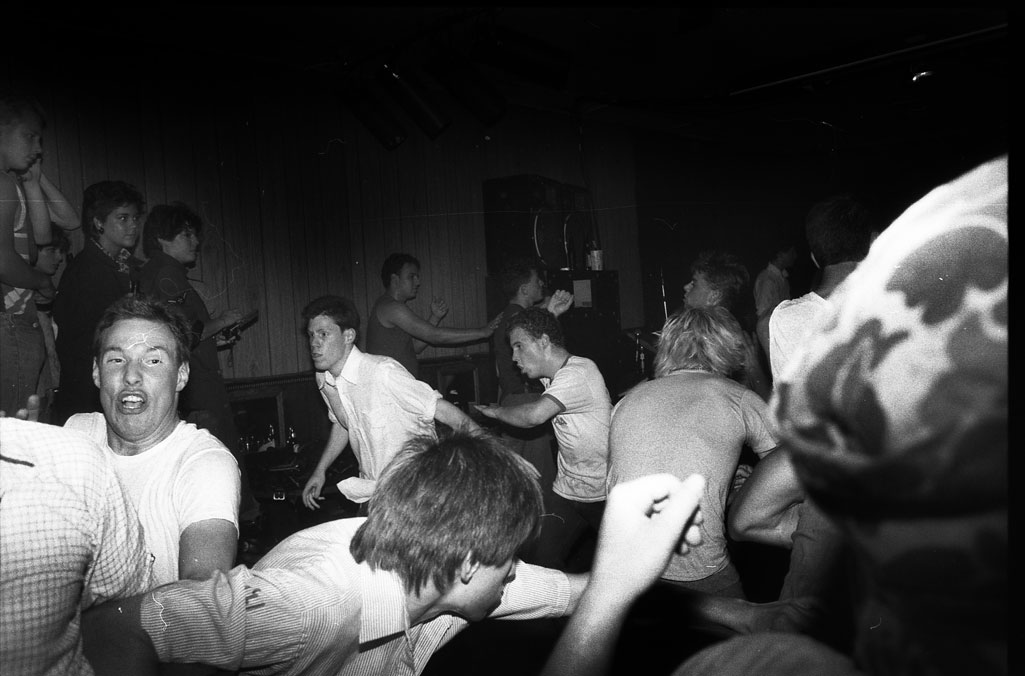 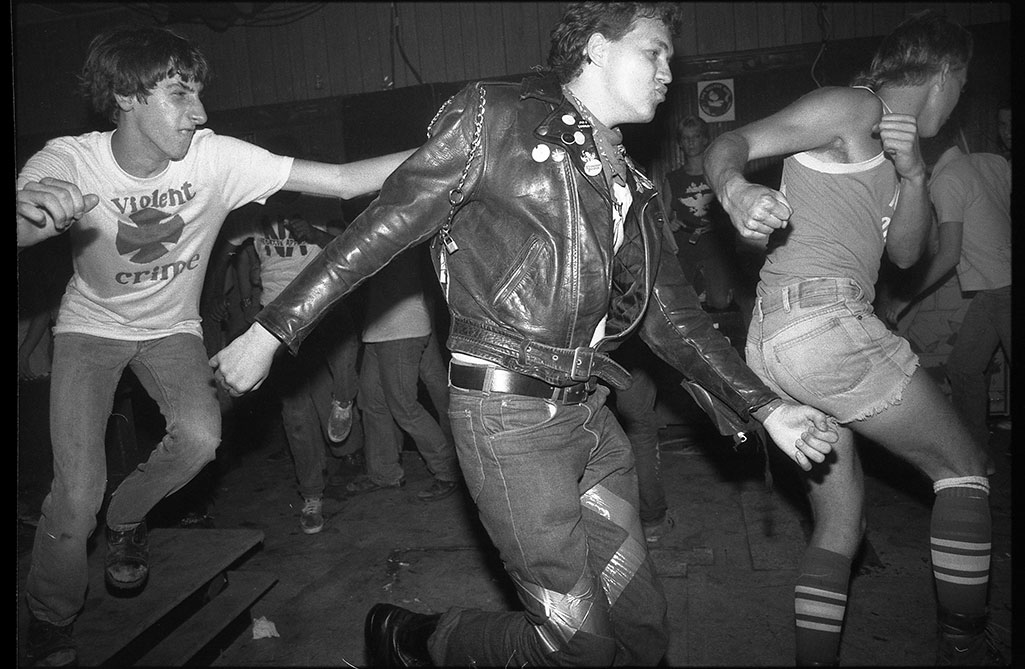 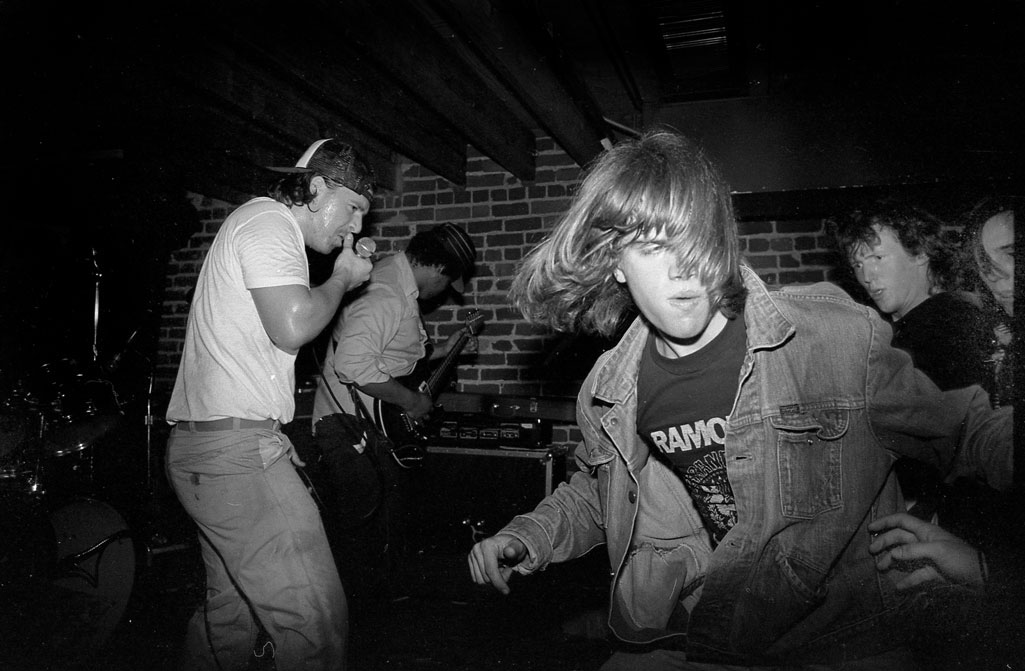 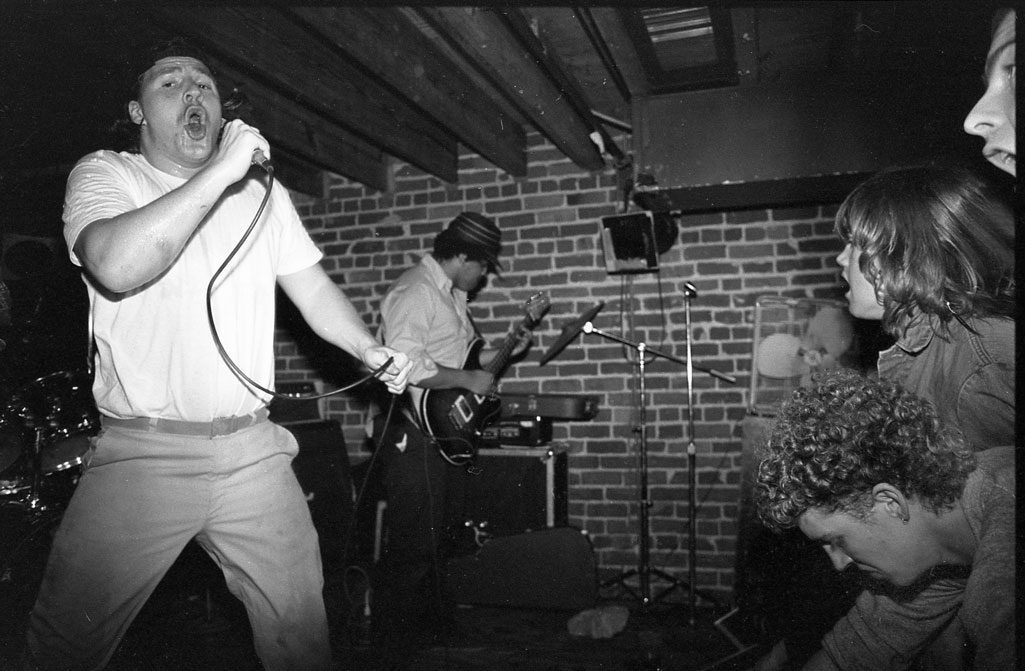 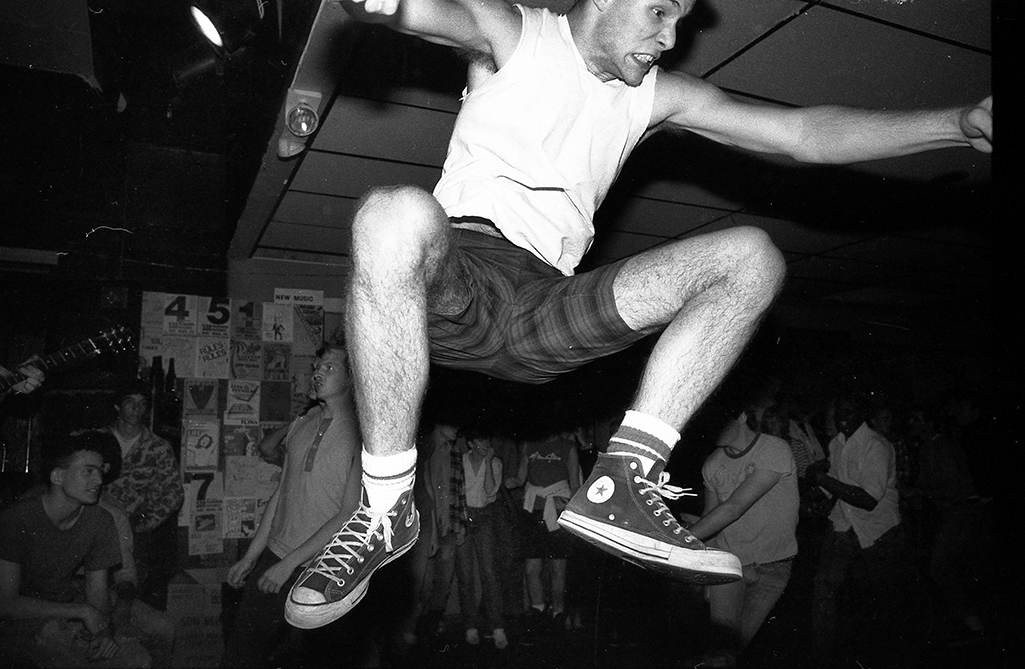 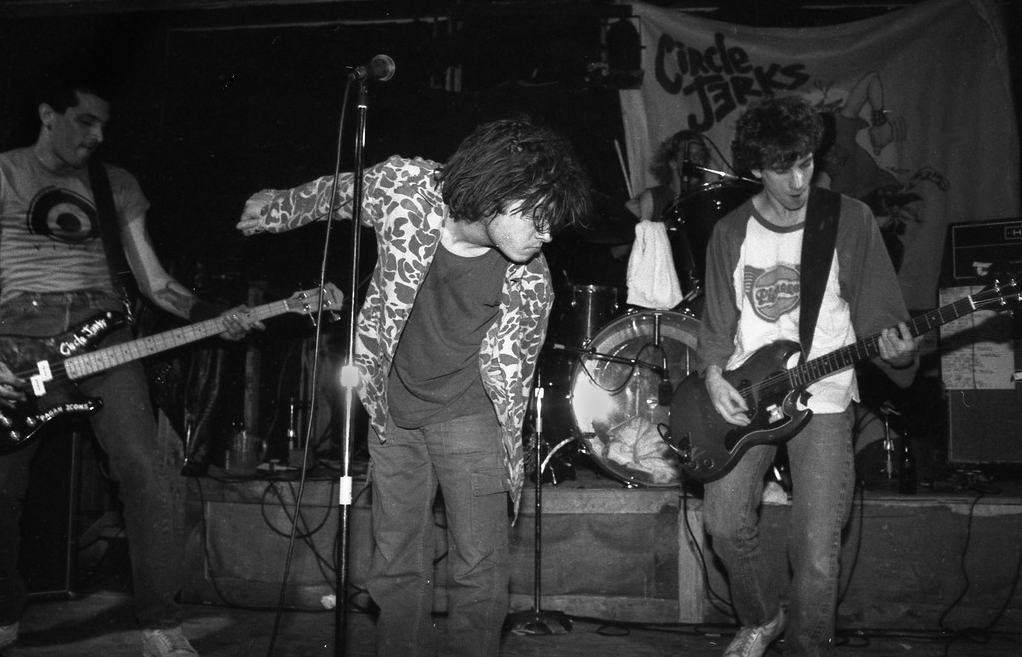 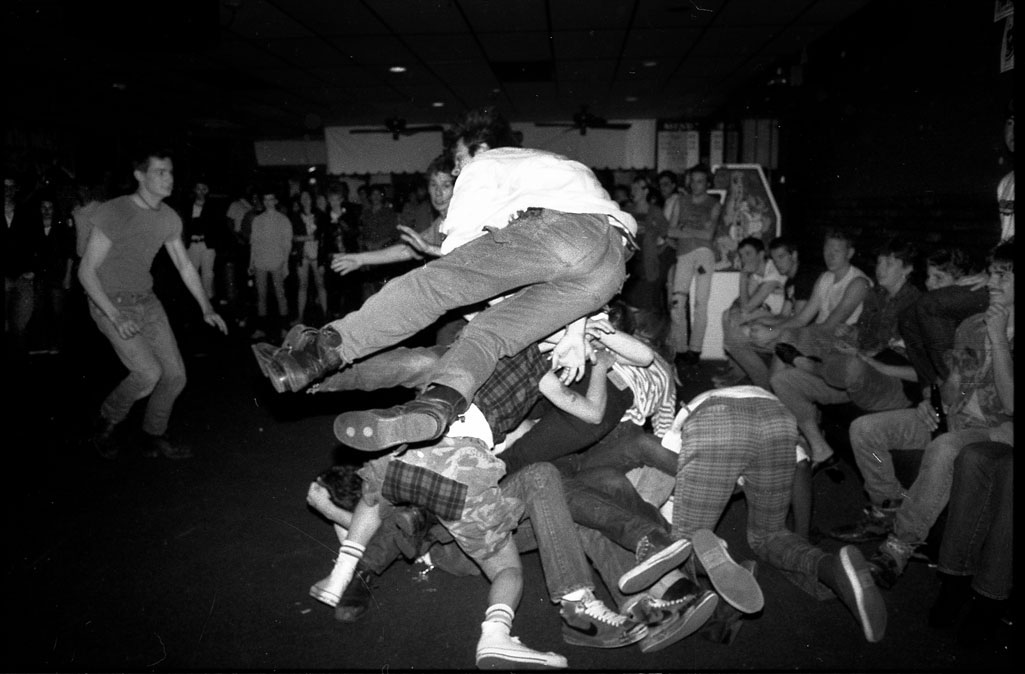 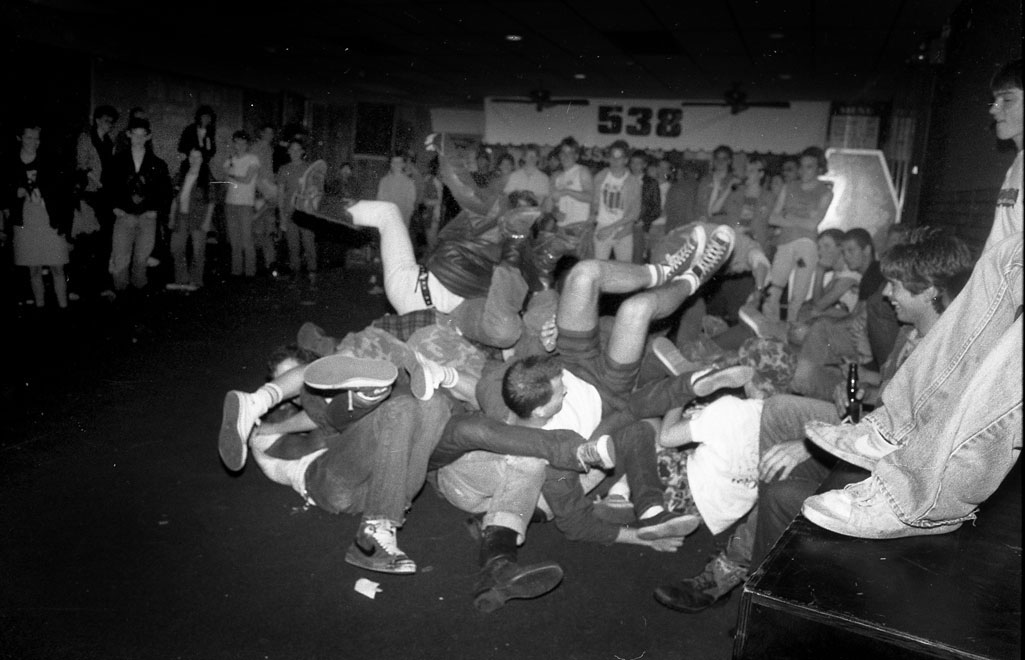 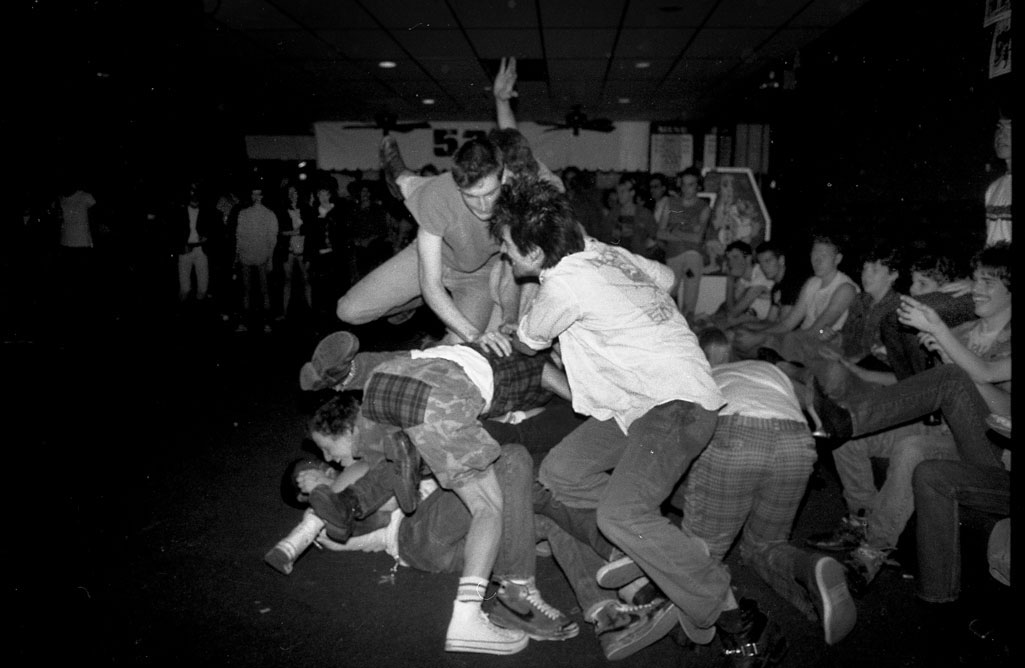 Dead Kennedy’s at The Mosque Ballroom in Richmond, VA July 1983 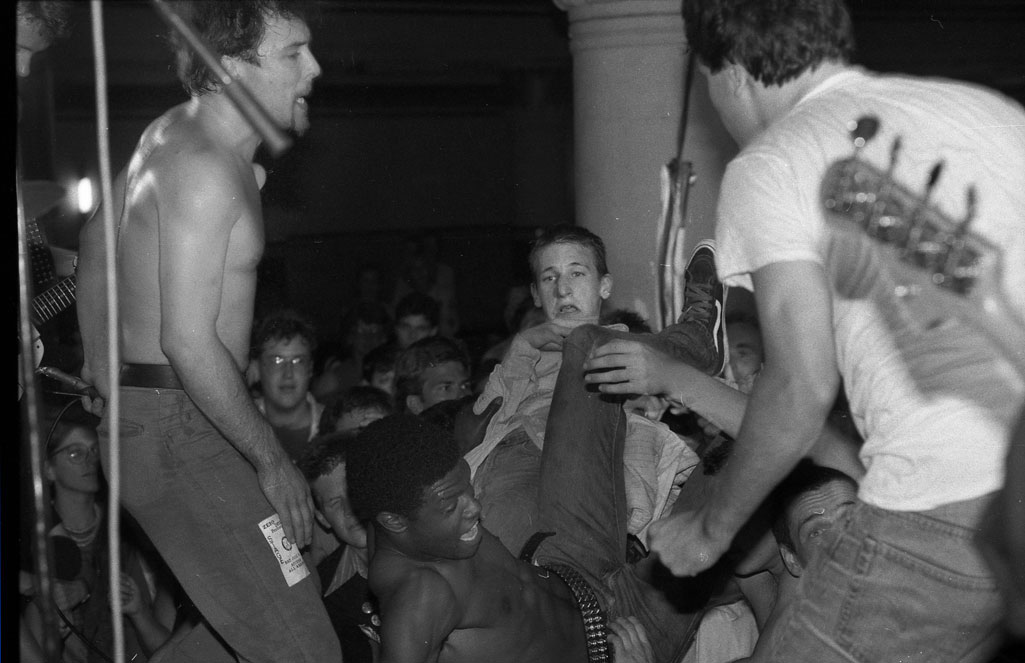 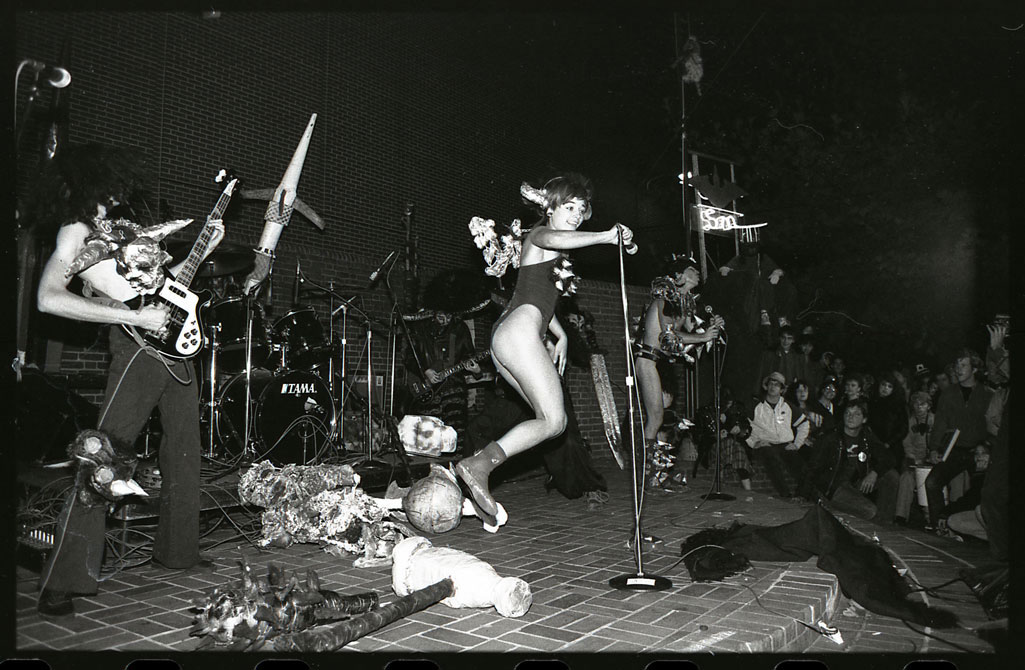 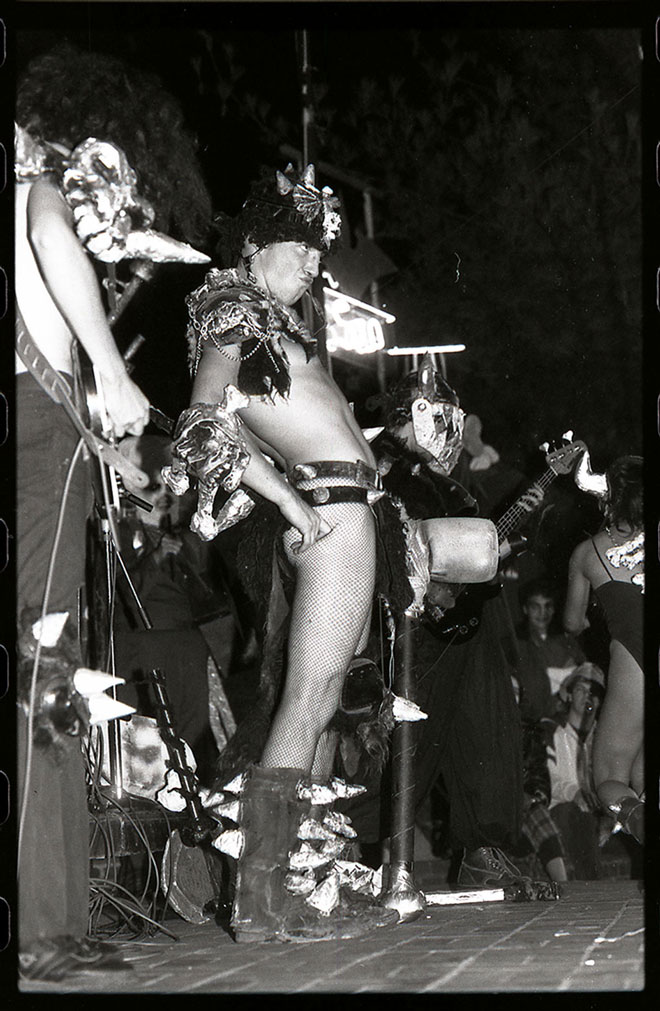 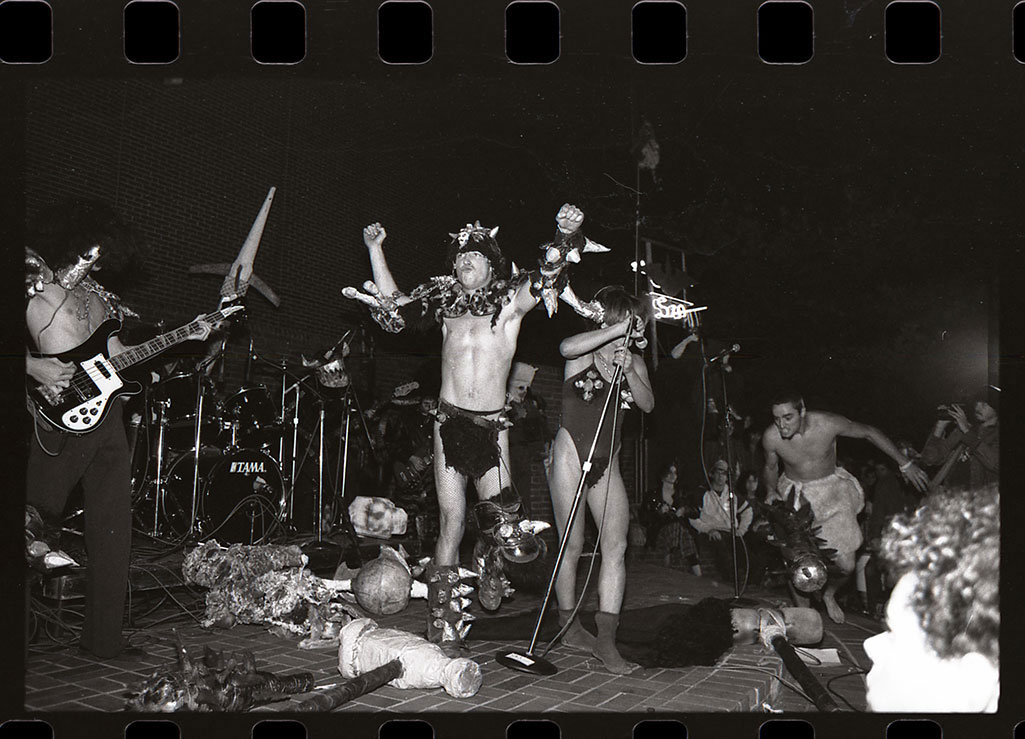 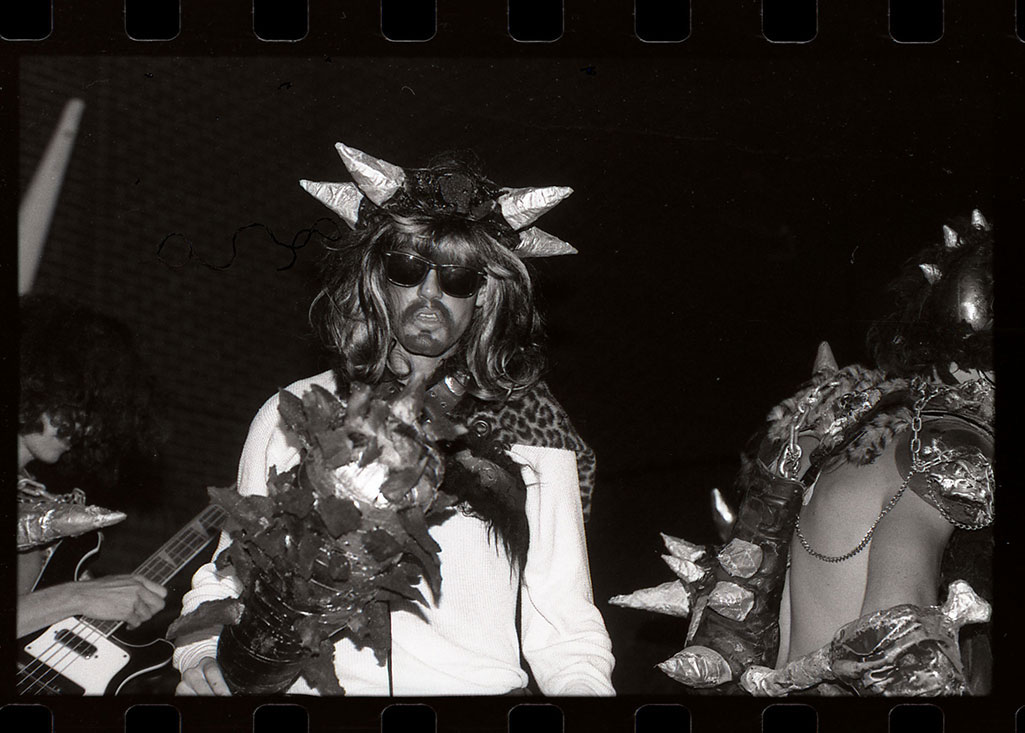 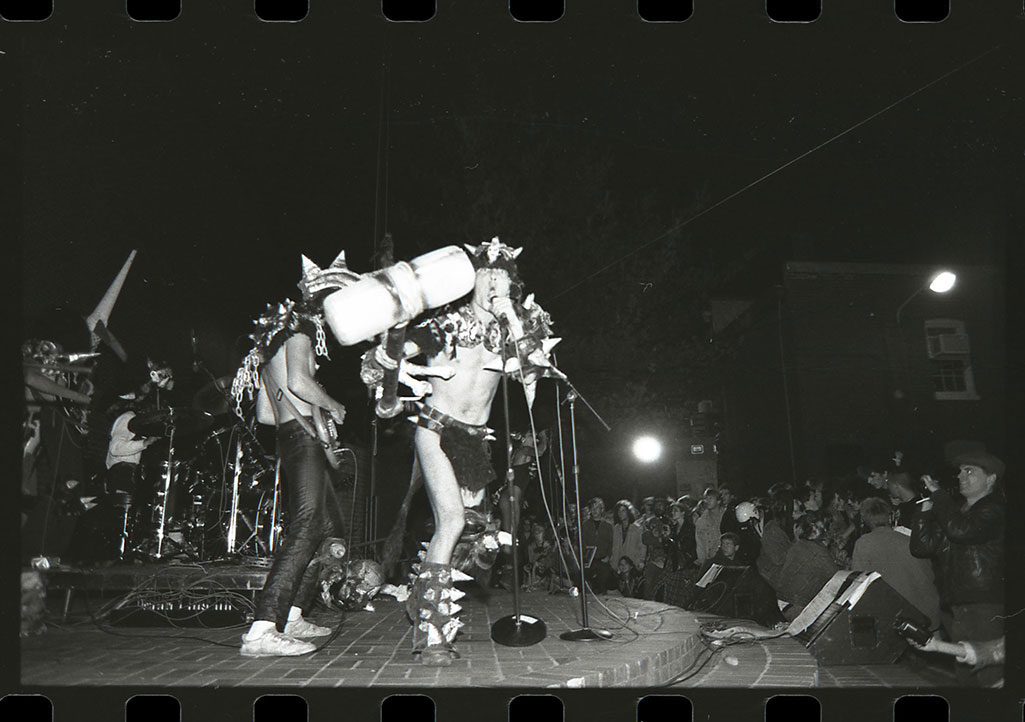 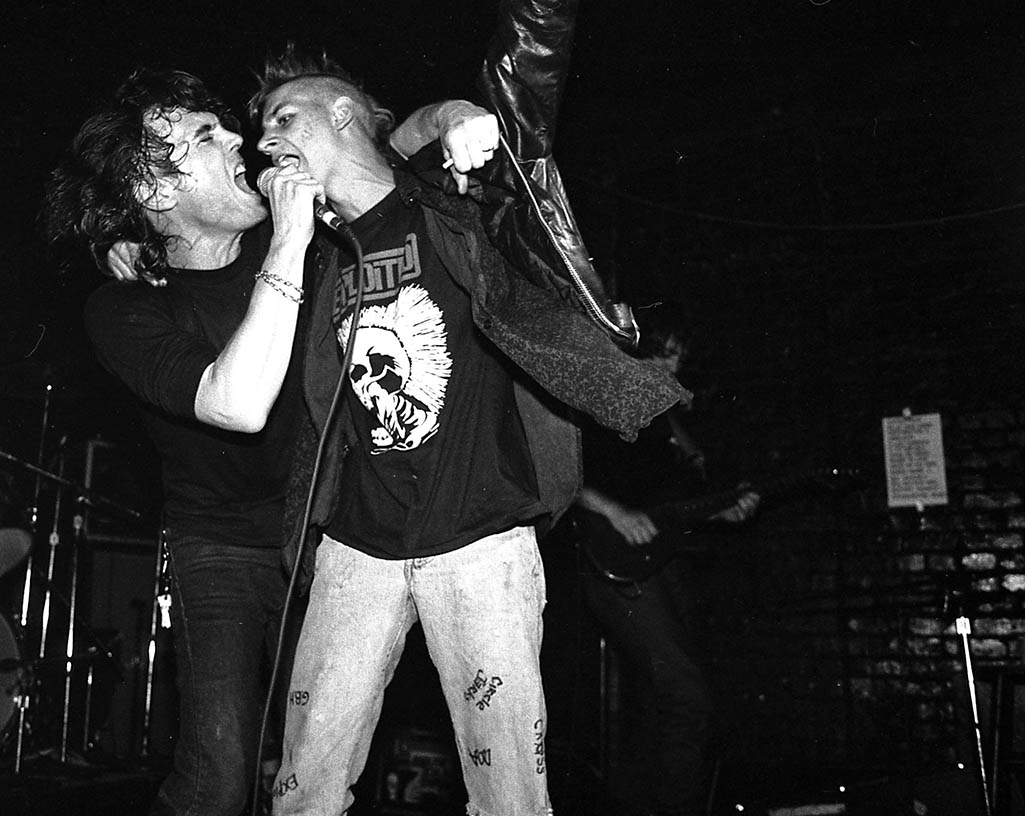 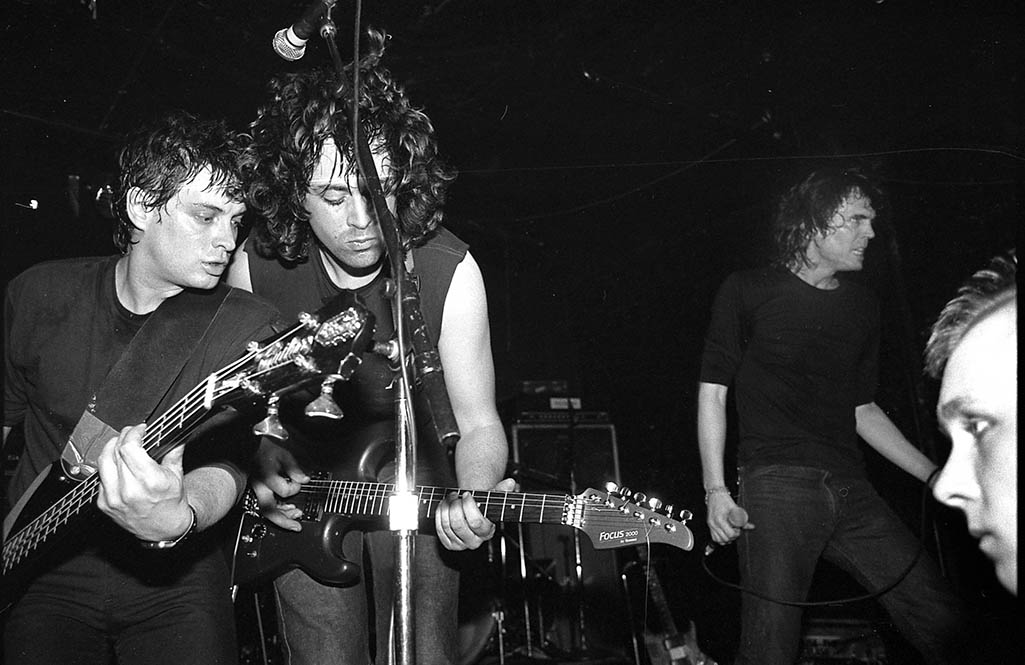 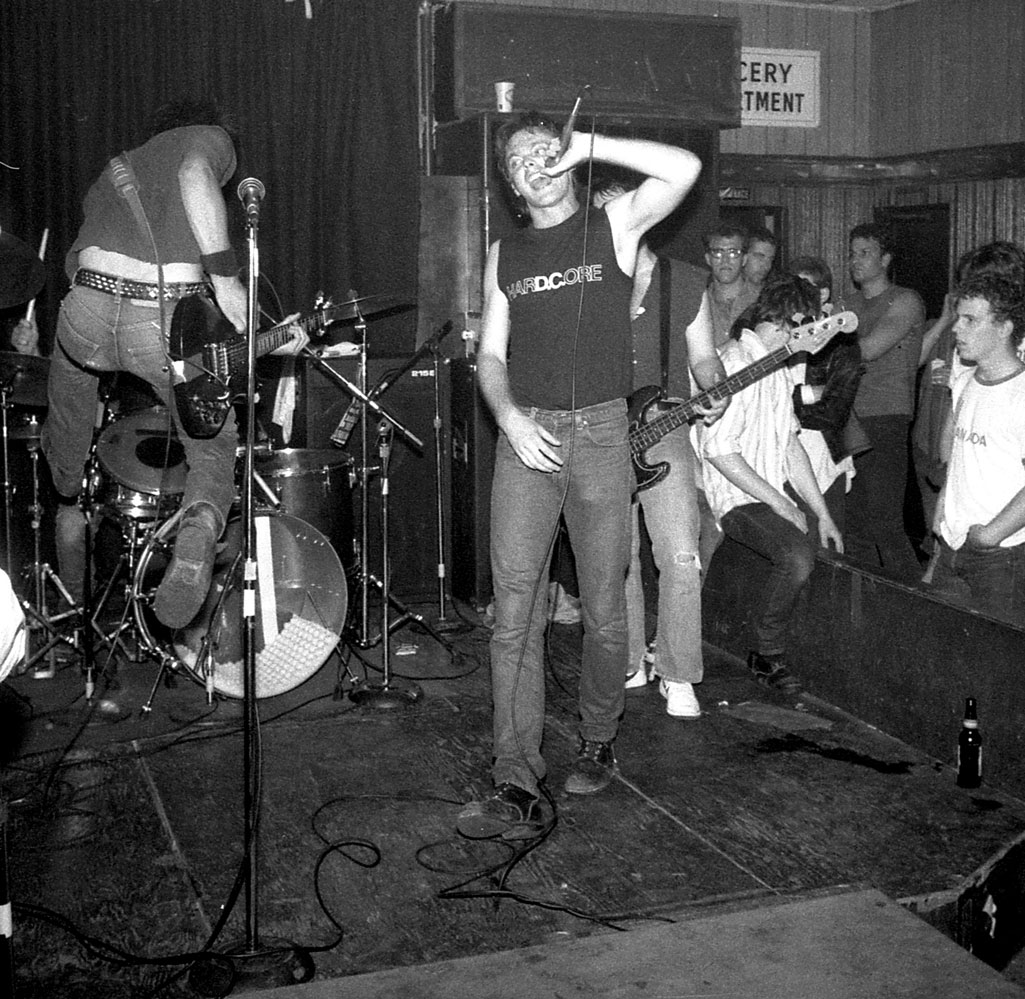 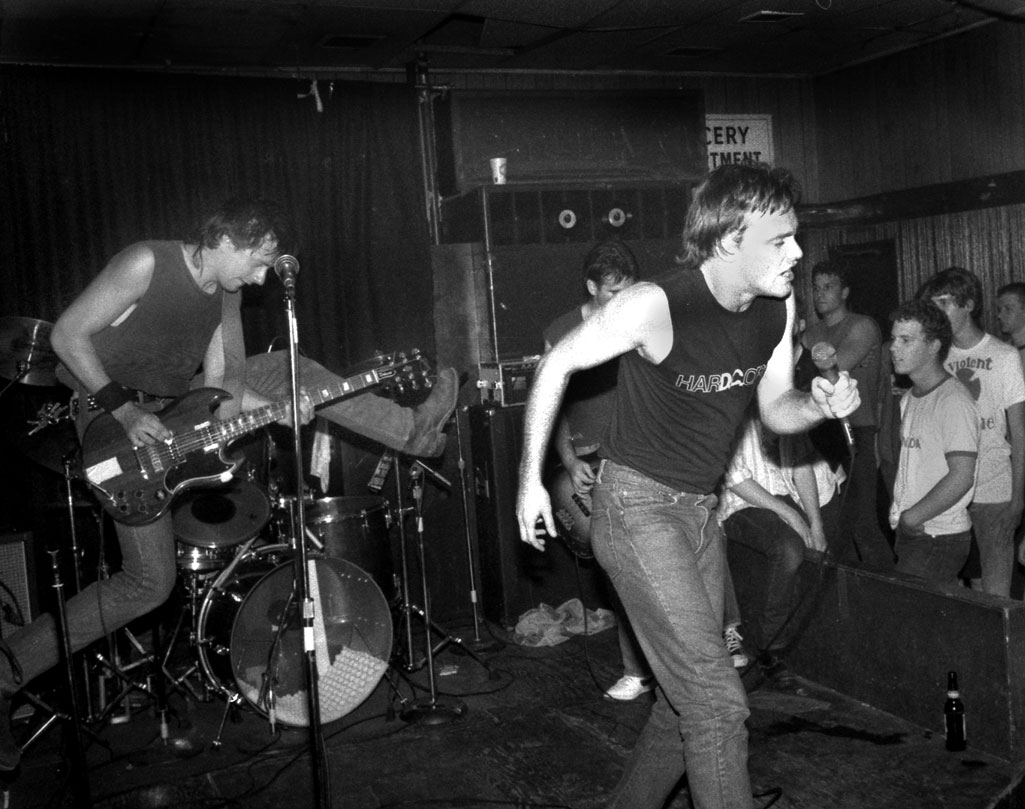 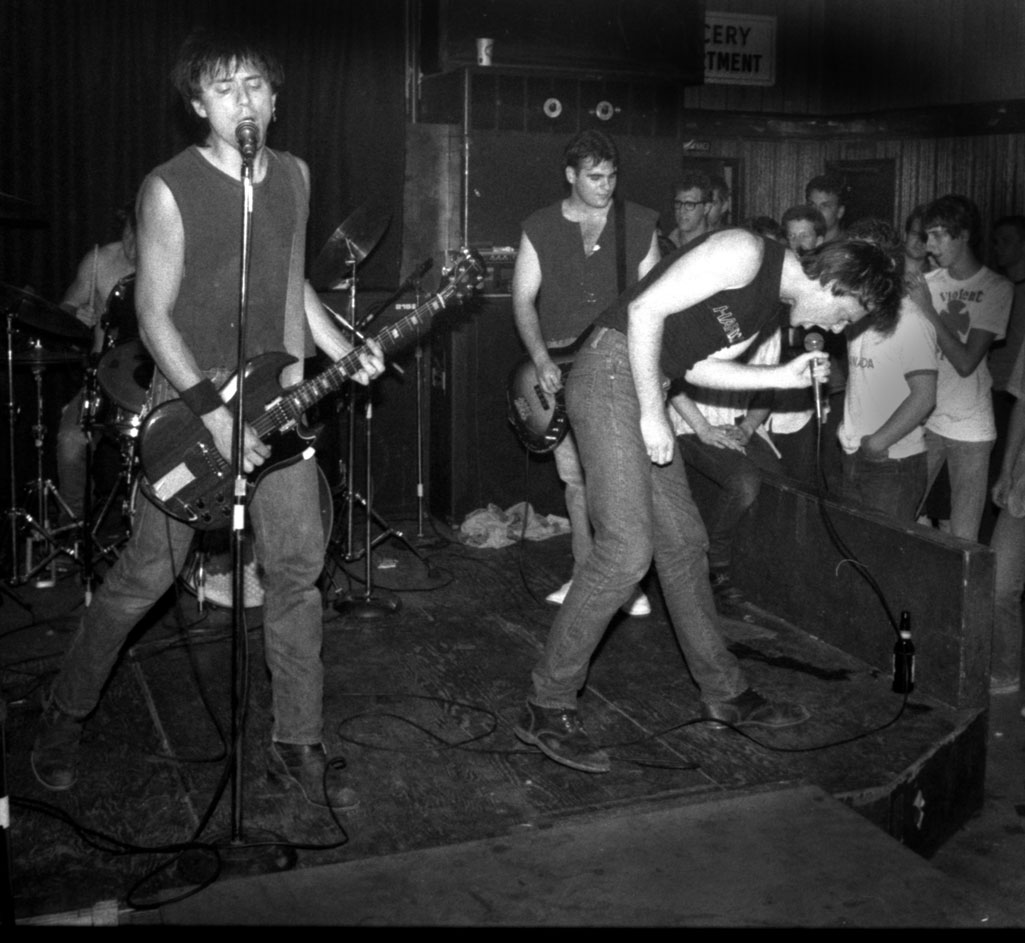 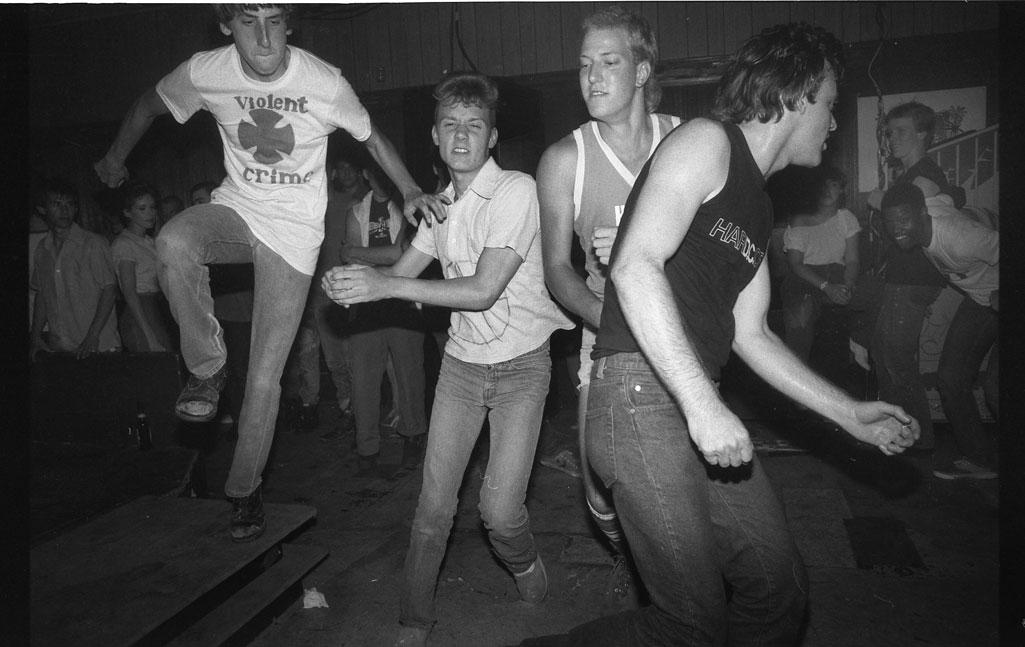 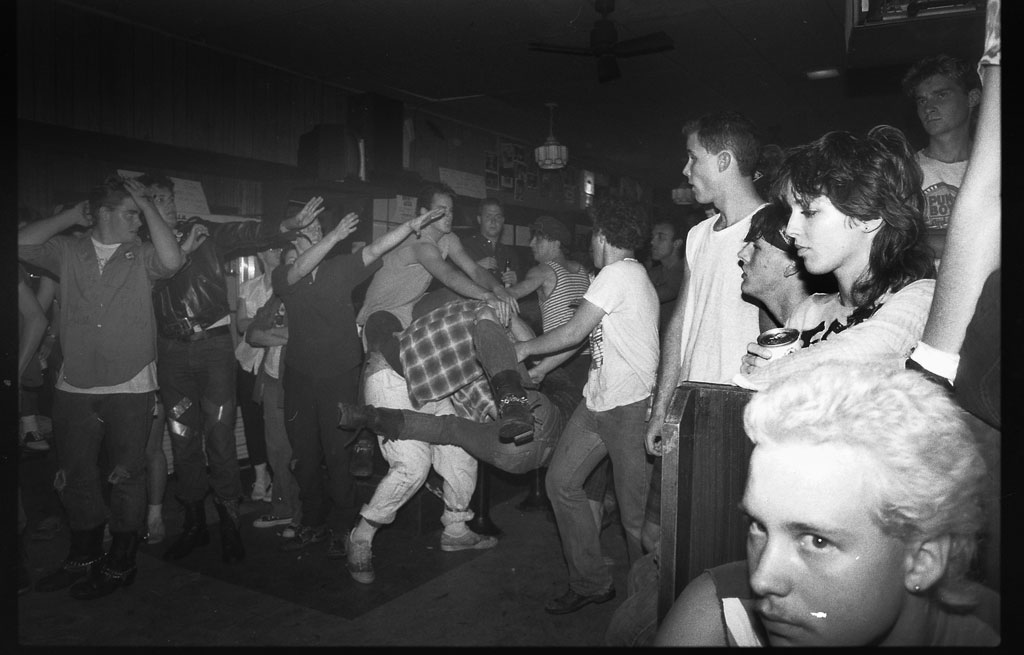 You can see more of Cindy Hicks’ work HERE