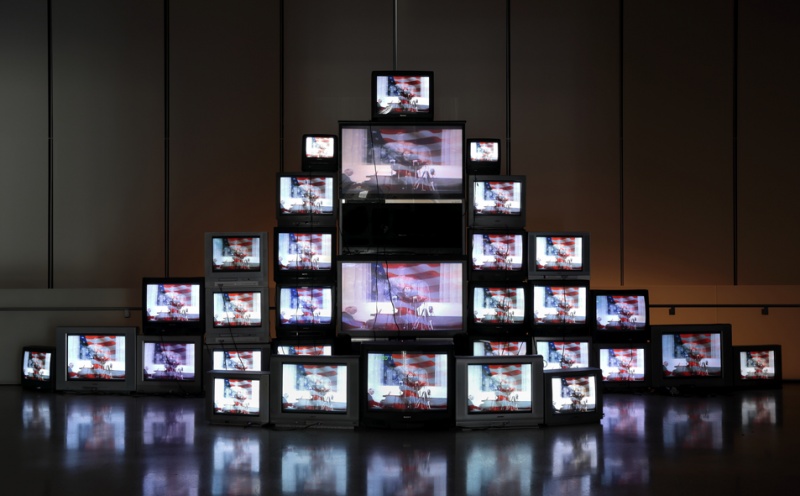 VCU’s Institute for Contemporary Art is displaying a brand new exhibition that discusses racial perspectives and relations in modern America. Great Force opened to the public on Friday, October 4, and features over a dozen different films, sculptures, paintings, and other artworks from over two dozen different artists.

The exhibition tackles themes such as personal and historical bias, social inequality and, most of all, race. These themes are informed by 20th century African American novelist James Baldwin’s idea of history as a “great force” that “we carry… with us” and are “unconsciously controlled by.” They also draw from the early Civil Rights Movement’s idea of a “color line” that separates races in America both socially and economically.

“[Baldwin] is so major in the way that he allowed the world, through beautiful language and style, to see the complexities that are the United States,” said Great Force curator Amber Esseiva.

Great Force takes up three full galleries at the ICA. All of the galleries contain a mixture of different art forms and styles. The top floor features pieces such as “17,195 Sunrises” by Shani Peters, a portrait made of overlayed colors and photos from events like the 1992 LA Riots and the Million Man March. It is named after the amount of sunrises that occurred between the first public use of the phrase “Black Power” and the first public use of the phrase “Black Lives Matter.”

The second floor also has more interactive pieces, such as Claudia Rankine’s “Racial Imaginary Institute,” a small library tucked into the back corner of the gallery. It features a wide collection of books written by a wide range of authors, from Civil Rights leaders to other artists in the exhibition.

Another interactive piece in this gallery is “Colonial White” by Charlotte Lagarde. Each picture in this collection was taken by a different Richmond resident. All of them show the photographer’s hand holding a paint swatch named “Colonial White” in front of important Richmond landmarks that they believe speak about whiteness in America.

The bottom floor gallery is the largest, and it shows off the largest pieces in this exhibition. One such piece, “Let Freedom Ring” by Paul Stephen Benjamin, is a structure of old, stacked TVs. It takes up the entire back section of the gallery, and the sound of African-American singer Marian Anderson, from her 1939 performance in front of the Lincoln Memorial, can be heard blaring from its speakers across the whole gallery. Anderson was forced to sing in front of the Lincoln Memorial when the Daughters Of The American Revolution refused to allow her to sing at DC’s Constitution Hall because she was black.

A similar piece called “Capture,” by Xaviera Simmons, has three screens that display 60 different one-minute videos. Some of these videos are full animations, others are simply text displaying the names of slave owners and the number of slaves they owned.

Great Force will remain on display through January 5 at VCU’s Institute For Contemporary Art, located at 601 W. Broad St. In addition to the artwork, the ICA will be presenting a series of events related to Great Force during the coming weeks, including an opera by Richard Kenny entitled Touch Of Elegance, which was specifically commissioned by the ICA. For the full list of Great Force events, visit the ICA’s website.