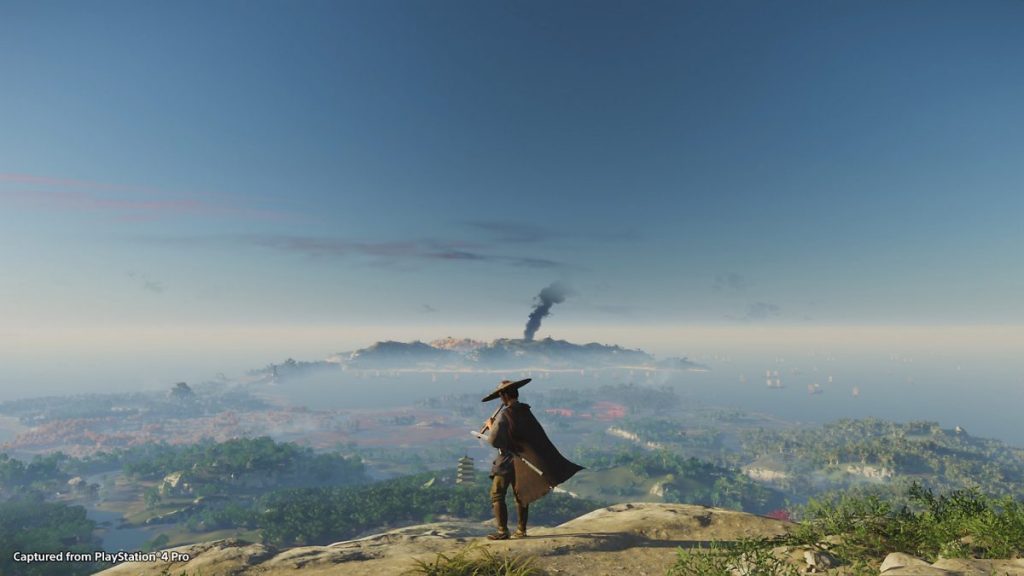 Ghost Of Tsushima on Playstation 4

In this edition of RVA Game Cave, columnist Jonah Schuhart dives into Ghost Of Tsushima: an open-world game that, unlike many others in its category, utilizes its entire map with challenges and exciting lessons on Japanese history.

When it comes to contemporary open-world games, many fall into the same trap, which inevitably subtracts from the liveliness and longevity of the experience. This issue is almost always directly proportional to the size of the game world. After all, how do you fill a large space with a proper amount of content? Even more difficult is overcoming the challenge of making all of that content meaningful and fulfilling. Too many open-world games struggle to fill their space with activities that either fail to reward the player for their troubles or fail to entertain the player to any significant extent.

Take the Grand Theft Auto series, for example. In many ways they are great games, but their open worlds are often filled with meaningless — or even boring — side activities that accomplish nothing for the player, because they have nothing to do with the core elements of the game. Nobody cares about random collectible number 357, or the inconsequential golfing mini-game, because they aren’t the focus of the game — and neither are entertaining or rewarding enough for most players to invest time in. They are simply filler content so that the devs can say that area of the game world isn’t a barren wasteland of insignificance.

However, a hero has finally emerged from the fog of unfulfilling side objectives. It brings us an open-world experience that actually fills the world with desirable, entertaining side content that rivals the quality of its core focus. Without a doubt, Sucker Punch’s Ghost of Tsushima is one of the greatest video games to come out for PlayStation 4, and it is certainly the most thoroughly enjoyable open-world game of the past few years.

This praise would be misplaced, however, if the main focus of the game wasn’t equally or more enchanting than its side content. After all, nobody plays a game just for its collectibles. And Sucker Punch did an amazing job at creating a unique, interesting setting and story that feels as fresh as a sip from a recently popped can of soda.

What separates GOT from other games is that it is actually historical fiction, a genre of storytelling that has remained somewhat untouched in games apart from series like Assassin’s Creed or Civilization.

Set during the first Mongol invasion of Japan in the mid-1200s, the player steps into the armor of Jin Sakai, a young samurai whose nearly dead clan acts as a retainer for the high-ranking lords of Tsushima island, the Shimuras. At the game’s beginning, Jin and his Uncle, Lord Shimura, lead all of Tsushima’s samurai into a heavily outnumbered battle against the invading Mongol forces. Out of the several hundred samurai who fought, only Jin and Lord Shimura survive the bloodbath. Unfortunately, Lord Shimura is captured by the Mongol’s leader, Khotun Khan, who offers Shimura an ultimatum between surrendering his homeland to the Mongols or watching them burn it down. From there, it is up to Jin to save his uncle and repel the Mongol forces before they completely take Tsushima and make their way to the Japanese mainland.

Ghost of Tsushima’s story and setting are unparalleled in their distinctiveness. It is clear that Sucker Punch’s team went out of their way to authentically bring feudal Japan to life in a way that is both educational and genuinely entertaining. It would be fair to say that very few Westerners possess in-depth knowledge about the Mongol invasions of Japan, and GOT does an amazing job at giving players a crash course on the basic events through characters whose stories are intensely gripping and universally relatable. This game could legitimately be used in a college course on Japanese history. Sucker Punch may be an American studio, but they made this game just as well as any Japanese studio could.

But despite that, the game’s design decisions are still incredibly Western, though definitely not in a bad way. The game’s sword and stealth combat both feel like the natural evolutions of what games like Assassin’s Creed have tried to do. But instead of the counter system feeling lazy and easy to pull off, it actually takes a fair amount of skill to fight with any sort of efficiency, especially at higher difficulties. The same can be said for the game’s stealth mechanics, which lets players turn this game’s goal from being a samurai to being a full-on ninja.

All of that is reinforced through the side content, which finds that perfect middle ground between filling up the game’s extensive open world and feeling fulfilling. There are no useless mini-games, and the collectibles are exciting to collect. Even things like the Pillars of Honor, or the Mongol Artifacts, manage to feel rewarding despite not reinforcing gameplay. One gives the player a cool new sword skin, and the other educates them on Mongolian culture and history. Beyond that, the game’s numerous side quests (especially the Mythic Quests) immerse the player in Japanese culture and history. No other game has made learning this fun.

And the icing on this incredibly substantive cake is that, in my opinion, Ghost of Tsushima is one of the most beautiful games to ever be made. For a game that seems to celebrate all that is awesome about Japanese history and culture, it refuses to stop at the landscape. The player will explore everything from grassy fields to snowy mountains, and all of them are surreally breathtaking. They even added gaming’s most expressive and dynamic photo mode, for players to capture every detail the developers painstakingly rendered, making this version of Japan feel as tangible and stunning as the real thing.

All of this amounts to a game that feels more complete than a title twice its size. It may not be as big as Breath of the Wild, or have as many things to do as Skyrim, but it is more emotionally and spiritually gratifying than either of those games could be. Somehow, it manages to juggle an open world, a varied and expressive combat system, and an Oscar-worthy plot without dropping a single beat. In the space of an hour, players will go from dueling a black-cloaked ronin in a cherry blossom field to a lesson on the samurai Bushido code, to stealthily eliminating an entire regiment of Mongolian forces, to petting a cute little fox… and not a single moment will feel out of place.