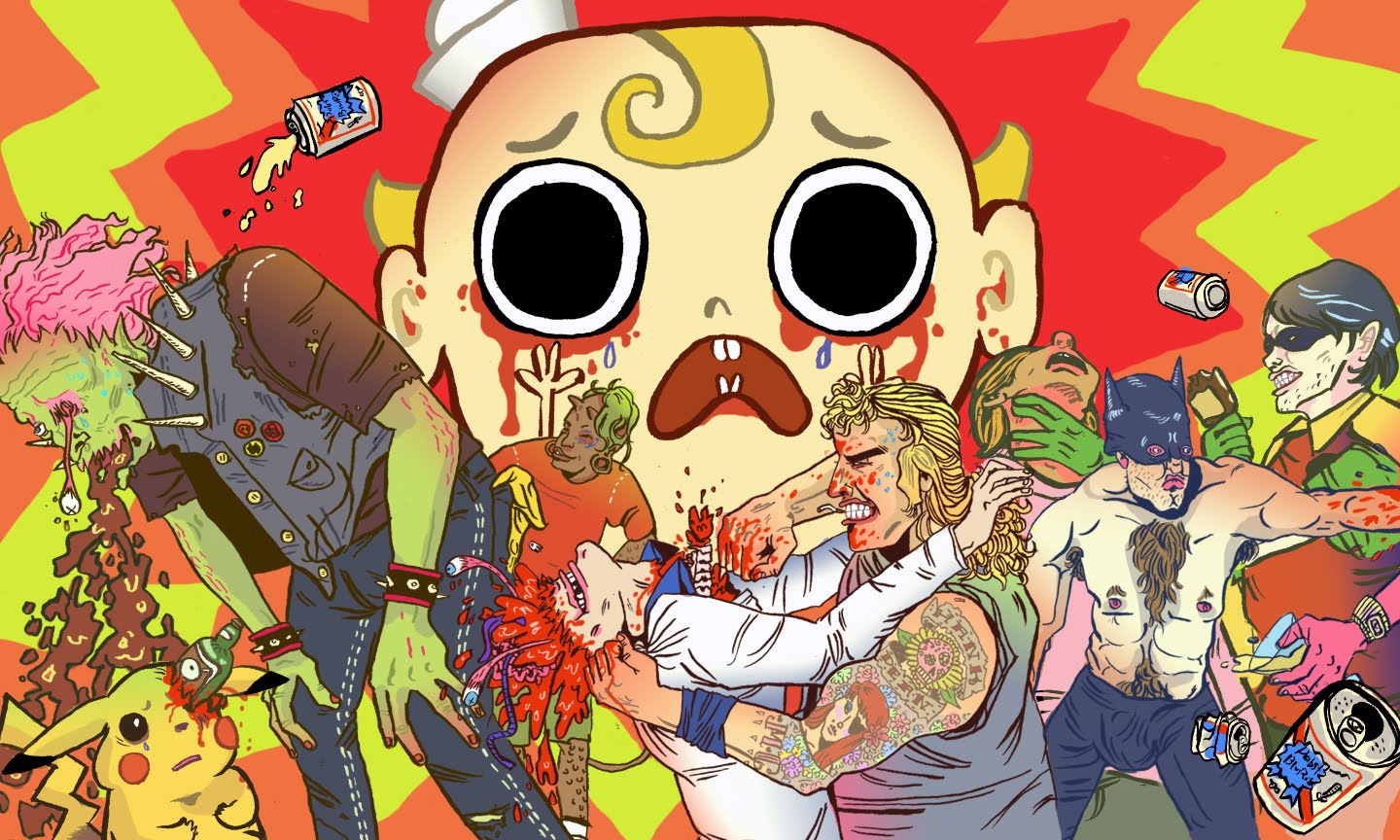 Every time I’ve hung out with Julia there has been a bottle involved, usually whiskey if I recall correctly. It’s not that she’s a lush, per say, more that she really enjoys socializing.

Every time I’ve hung out with Julia there has been a bottle involved, usually whiskey if I recall correctly. It’s not that she’s a lush, per say, more that she really enjoys socializing. I’ve known her for maybe a year, and only recently found out that she’s a ridiculously talented illustrator. Be careful when you’re around her, though, because she’s drawing you in her head the entire time, and there’s a chance you’ll end up in one of her drawings. 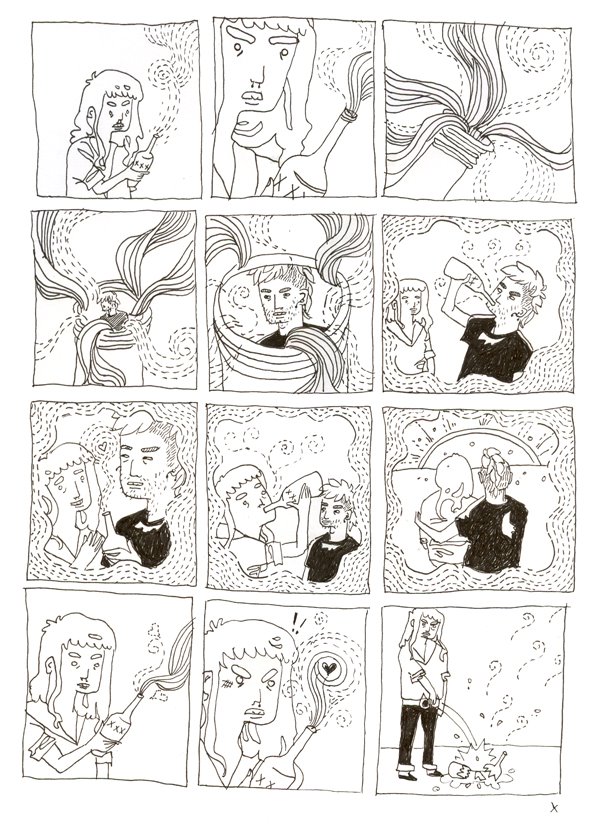 A lot of her illustrations are scenes from her head; people she knows, interpreted through a slight booze haze. She seems like the type of person who gets an idea & runs home to draw, and she doesn’t really refer to her work as illustrations, either- there’s something that seems very genuine to me when an artist calls what they do “drawings.”

Her work ranges all over the drawing spectrum, all with a slightly cubist twist as they range from contrasty B&W work that would translate to newsprint flawlessly to dynamic, watercolor and marker influenced pieces that seem to defy print or display. She utilizes the palate of a modern illustrator, from traditional drafting, markers and paint to scan-ins and photoshop.

from Julia:Try walking down the street and seeing every color at the same time. Just try it. Then do the same thing drunk, in the dark, after falling off your bike in the middle of the road and skinning your arm really bad. That’s what I like. That’s how it is. First you gotta laugh, then you gotta draw.