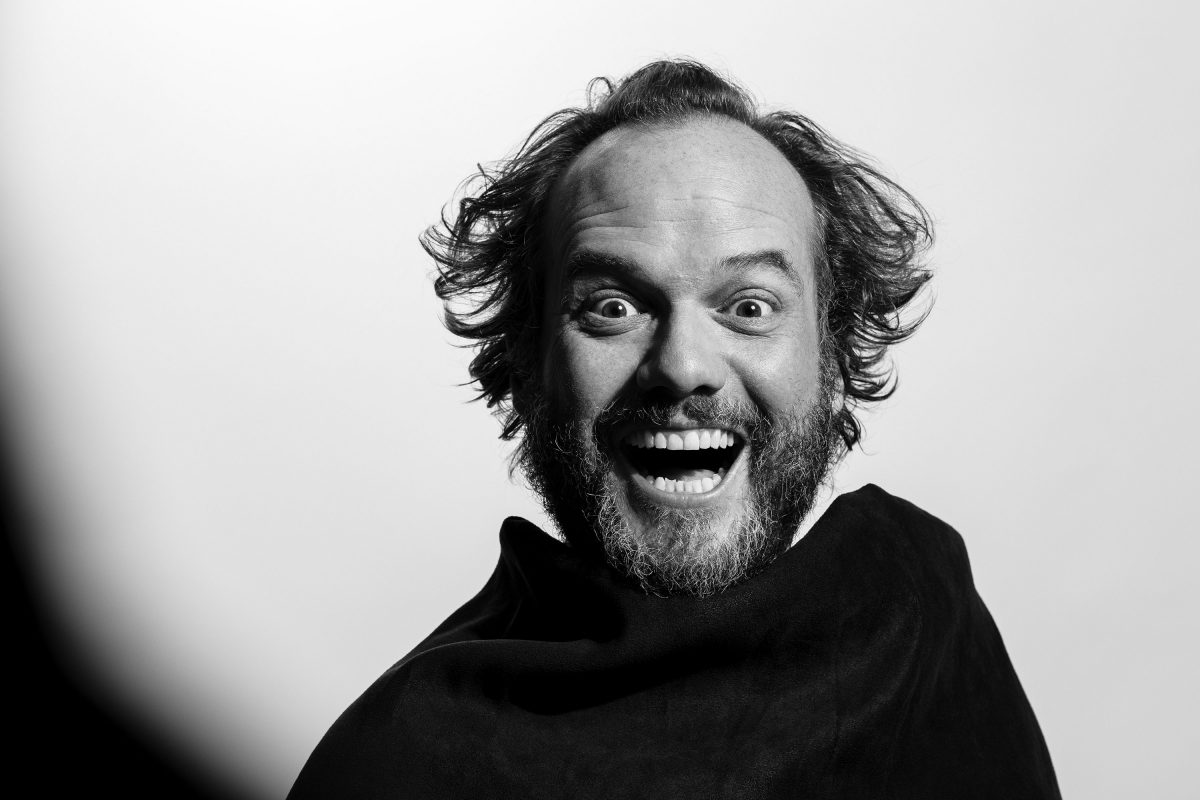 My job is pretending and the better I pretend the more jobs I get: catching up with actor Justin Dray

I met Justin Dray in Richmond way back when I was still in the VCU Arts Program. Back then, he ran a small production studio called Yellow House. It became a meeting place for a pocket of creative folks and I fell right in. Never afraid to jump into doing something fun, Justin and his motley crew just made stuff up and took chances.

Since then Justin moved on to Los Angeles to be an actor. He has over 75 film+ credits on IMDB from Always Sunny in Philadelphia, to Ad Astra, to popular shows on cable and television, he continues to be an inspiration to his friends and family.

We got a chance to catch up over a few drinks and here is our conversation. Maybe it will motivate another actor(s) in town to strive for their dreams.

R. Anthony Harris: You got your start here and been in LA ever since — how long have you been in Los Angeles?

RAH: How difficult was it get to get started as an actor in Los Angeles?

JD: The show business is just that — it’s a business, it’s not “show friendship”. I was lucky that I had opportunities in Richmond but one of the biggest hurdles was getting into the union. Luckily, that was one of those hurdles that I was grateful wasn’t terribly difficult.

Then through connections and people that were generous with their time, getting representation to get you into the offices you need to legitimize your work. What I was told is that nobody really gives a care what you had done before you got to LA, so you need representation.

I am very grateful to the people that had come before me that were willing to extend their contacts and their knowledge. I’ve always tried to do that for everybody that comes out and says, “Yo Justin, what can you do? Or can you give me a guide?” Because I really had no idea. I thought I knew that I had an idea, but just the volume and the business side of it, whereas in Richmond, you didn’t have that side at all really.

But even with all that stuff, it was difficult, and then it remains to be difficult.

JD: Acting is literally just being able to play as an adult. I don’t think we get to play enough as adults. We are supposed to fit who we are told to be and an actor gets to basically pretend. In theory, my job is pretending and the better I pretend the more jobs I get. And so, I’ve always liked that.

Also, it’s about communication and being honest. Things that are not said are just as important as the things that are said — actions speak louder than words. What’s the subtext? There’s a difference between knowing your lines and owning your text. Ken Campbell at Theatre VCU, always said there’s difference between knowing your lines and owning the text. And that was just something wonderful. That extends to the metaphor of the actor is basically just the person living their life. That’s why I’ve always been attracted to acting, living the fullest life you can. Cherish the tears, as well as laughs, because they all make you who you are.

RAH: You do comedic stuff, you do some serious stuff — what roles do you look for?

Obviously you are striving to do the longer roles but I’ve had roles that I’ve worked for a week or two weeks that have been very — you struggle because you’re grateful to have the work — but the work is pretty benign, it’s just not very fulfilling. My joke is the roles that I was going for was the valet and I’d say, “Here are your keys, sir.” And that’s it! That’s the job, and you’re like, hell yeah, I got it — that’s gonna go to my insurance or something. That work isn’t necessarily fulfilling so it’s a constant striving.

I did have a chance to work on a season of Zach Stone Is Gonna Be Famous on MTV with Bo Burnham and Still The King with Billy Ray Cyrus, that was a real fun role. Getting to work in Nashville, on a few episodes and actually having like an arc of the character. Anything where you actually get, and I call it “juice”, you have a little bit of juice, and you are not just a day player. Where you don’t have any history and there isn’t a lot of homework to do, you just show up say the line kind of stuff. Anything where you get to have a character that goes through something or has a change or has growth, I’m always grateful for.

The reality is most of the things that I audition for in Los Angeles are not that. However, it’s the donkey with the carrot, you’re always hoping that work begets work and that whatever the next kick up will then lead you to that next thing.

RAH: Any advice for actors just starting out?

JD: Here’s the deal. The best thing I would tell anyone that’s interested in acting, best thing you can do is take an improv class, not that you want to become an improv thing but that it gets you in touch with your body. It gets you thinking outside yourself. Often we get to fall in love with the idea of ourselves versus who we really are, and the actor really needs to really work on their own beliefs in that and allow themselves to become someone else other than themselves, without judging that character whatever your beliefs are. You have to admit that your character might not have your same beliefs and be willing to really act. It just begins to work those muscles that you probably don’t think about.

You have to be willing to release control and release that search for validation. You have to find self validation, instead of finding validation from somebody else. And that’s a struggle, working on being okay with failure.

Also, there used to be the triple threat of the actor, singer, dancer, and now really you have to be the actor, writer, director, producer sound guy, social media, and your own manager.

JD: Well, thank you Tony. It’s wonderful to see you.