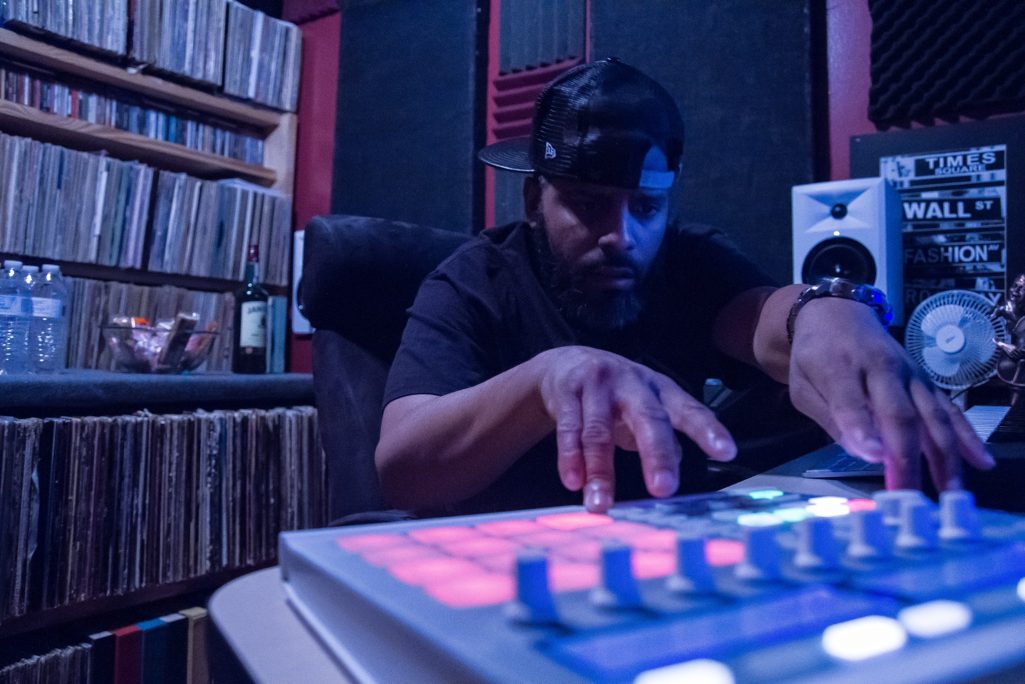 Richmond’s arts scene started 2018 off right with a wealth of new exhibits, emerging artists, and cool showcases in January, and RVA First Fridays Artwalk continues to keep it up this month with fresh and unique events for you to check out. Here are some of our top picks from the city’s February First Friday happenings:

Taking discarded books and dictionaries and then deconstructing them, soaking and burning them, and following that up by encasing them in an amber-like epoxy-resin, Richmond artist Megan Mattax aims to repurpose knowledge in a new medium in her new exhibit at Artspace,  “pər’peCHə, wāt. Over 200 books and two dictionaries are used in her mixed-media exhibit, and Mattax said preserving and giving new life to an often forgotten medium in our ever-changing digital world is something that she strived to do with her latest work.

“It’s the idea of preserving something of value to me, of value to society in general, but preserving in a way that is no longer functional,” she told RVA Mag in a recent interview. Her exhibit will run until Feb. 18. Artspace also several other artists displaying their artwork for First Fridays which you can check out here.

Five artists have come together to showcase work at Gallery Edit for an exhibit called “Hidden,” where they will explore formation and identity. The artists collaborating in the show, which opens today, are Rachel Land, Skye Young, Farley Sanderford, Jennifer Chetelat, and Katherine Pumphrey, artist-in-residence at Gallery Edit. 8 E. Broad St.

You still have until Feb. 17 to catch Candela Books & Gallery’s “Science As Muse” exhibit. Eight Richmond artists are featured in this expansive and amazing photography exhibit who have incorporated an unlikely theme in today’s art world into their work.

Walter Chappell, Caleb Charland, Rose-Lynn Fisher, Pam Fox, Daniel Kariko, Michael Rauner, Robert Shults, and Susan Worsham are featured in the show with a total of 45 pieces of work that showcase how each of them interprets science and use it as inspiration in their artwork. You can check out our in-depth interviews with the curator and two of the featured artists, Fox and Worsham, here. 214 W. Broad St.

Gallery5
“We Are Here/Here We Are (In Space)”

Sculpture, photography, mixed media collages, and more will be on display at a new exhibit centering around the theme of space at Gallery5 tonight. Jeremiah Shriver, Brandon Hurtado, Kevin Johnson, along with other artists present their work in “We Are Here/ Here We Are (In Space)” which explores the meaning of the word in both a physical and metaphorical way. Whether its outer space, the space between musical notes, or the space between birth and death, all are elements that Gallery5 featured artists will present and examine in their works in one way or another. In addition to the exhibit, the art gallery is throwing down with live music by RAIC, Ceremonial Scissors
Book of Wyrms, Harry Partch Appreciation Society, and Thing2. Alexa Buchin will also a have a table of her prints, drawings, and paintings. 7 PM- 12 AM. Free. The exhibit will run through the end of February.

It’s been a bit since we’ve seen something from the gallery, but Endeavor RVA is back in the First Fridays action tonight with a new exhibit, Ltd., with work from 16 artists and music from four musicians. From lazer cutting to inkjet to screen printing and stencils, each piece has gone through some sort of physical crafting process. Endeavor RVA artists Wingchow and Ian Hess will be showing work, definitely check out their Instagrams if you haven’t, the two of them have some very different and captivating work.

Along with them, you have the awesome Chase Beasley of Crud City. RVA Mag interviewed the slap tag or “sticker bombing” artist back in 2015 after seeing his PBR logo scattered all over the city. Crud City creates stickers, patches, prints, paintings, and more. You can check out his latest work here. 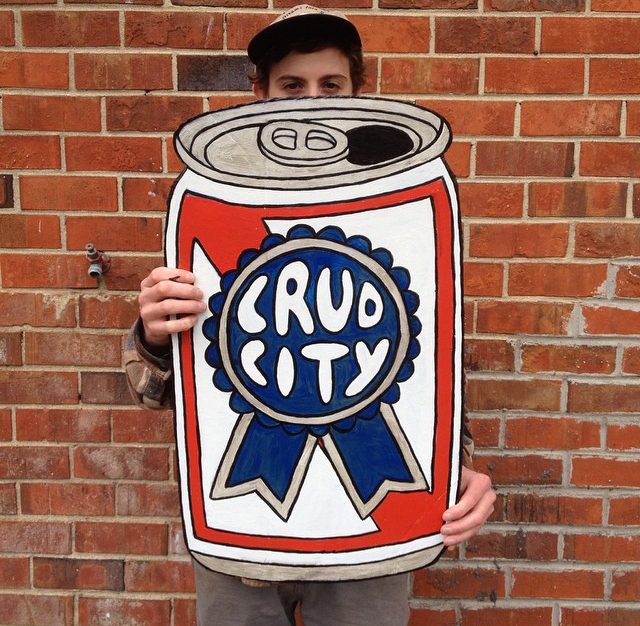 Well-known Richmond muralist Nils Westergard and local vibrant-colored pottery maker Niki Buckley Crosby of Happy Clay will also be among the 16 artists displaying work. Check out our chat with her about her artwork here. Anthony Brazeau, Jeremy Neighbors, Shiv, and The Mark of Buddha will be spinning the tunes for the evening. 6 PM-10:30 PM.

To celebrate 13 years of delivering some of the best local music and programming, independent radio station WRIR is throwing down with a huge anniversary party tonight featuring 10 bands, sets by local comedians, DJs and more.SLEEPWALKERS, FACESHIP, Secret Bonus Level, Piranha Rama, Angelina Garcia + Kenneka Cook, Zgomot, as well as an RVA Comedy Showcase from Sweetheart Comedy, along with The Sauerkrauts, and Gumming will also be performing and two DJs Stunted Development and Maya from WRIR will also be in the building.

In addition to the bands, there will be a photo booth and raffle. $15 gets you in the door for the fundraiser. Check out our interview with Shannon Cleary about the event over here. 107 W. Broad St. 7 PM.

Marc Cheatham and Gigi Broadway of local hip hop blog The Cheats Movement will bring ” RVA Hot Sauce” to the Virginia Museum of Fine Arts tonight. Hip Hop Henry, DJ Mentos, Dolomic, and NameBrand will be spinning jams, and there will also be a live performance by Z-Bey the Poet of Community 50/50, and two hip-hop cyphers, one of which will be brought to you by RVA Lyricist Lounge.

Hot Sauce first premiered in 2011 as an event series that showcased a wide range of art styles from spoken word, to improv, comedy, and hip hop. The event also introduces the community to Richmond-area non-profits who are working to better the underserved communities in the city. 6 PM-8:30 PM.

This event at Vagabond isn’t until Saturday, but it’s for a great cause and features a killer lineup so we wanted to include it anyway so you didn’t miss out. Conservation Music, a non-profit organization that produces and promote musical media that educates listeners and viewers in conservation and sustainability, with an emphasis on rural developing communities, has partnered with the downtown music venue and restaurant to throw a music benefit with performances by Calvin Presents, Kenneka Cook, Lovely Losers, and Steven Boone.

Boone, a local singer/songwriter who dropped his debut album Soullow back in spring 2017, has been making moves in the Richmond music scene for a long time, and paired with the soulful funky sounds from singer Kenneka Cook, whose debut album Moonchild is due out in a few weeks, is all the more reason to head to the benefit.

Every Dark and Stormy cocktail served that night will benefit the Conservation Music and for an additional $5 at the event, guests can get enjoy a snack buffet. Tickets are $11.42 in advance, which can be found here, and $12 at the door. All proceeds go to helping fund Conservation Music’s efforts.

These are just a handful of the plethora of exhibits, art events, and performances going on around town this weekend. You can get the full rundown on RVA First Fridays here.