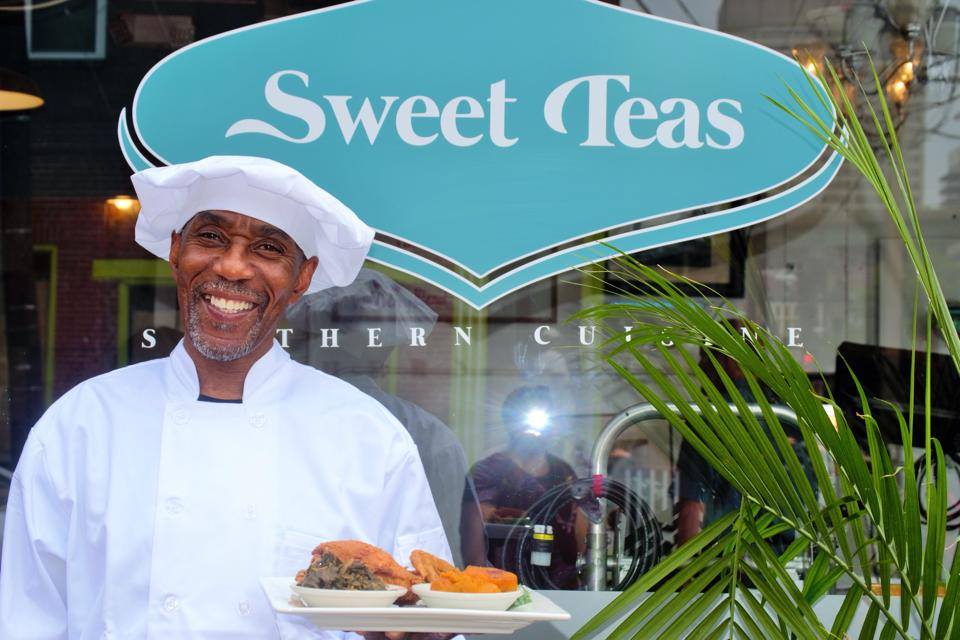 After a successful first year, one of the newest culinary traditions in a city rich with food festivals has expanded and rebranded, launching this year as the Black Restaurant Experience.

Co-founder Shemicia Bowen called the name change more reflective of what the festival has been since its founding in 2017. “It really wasn’t just a week, it was an entire series. For 2018, the local girls, Amy, Kelli, and I, we formed an LLC and rebranded,” she said, referring to co-founders Amy Wentz and Kelli Lemon.

This year, the event kicked off with Mobile Soul Sunday, a food truck festival at Abner Clay Park that saw about 2,000 people, Bowen said, but she noted that there was a month of events before Sunday. “In the weeks leading up to this, we had been working with some of our city partners to provide workshops for business owners on marketing, business development, and collective buying power.”

The economic impact of the event is big and has doubled this year, faster than the growth in participating restaurants. “We have 29 restaurants–that’s up from 19 last year when they made about $500,000. This year we’re tracking close to $1 million,” she said.

Participants reported 17 new hires to Bowen last year, many of which were permanent. She said that economic growth for Richmond’s Black restaurant community is the main goal of the Black Restaurant Experience. “Food is a big feature, but I call it the bait. There’s a lot of things that are happening in Richmond,’ Bowen said. “Collaborative marketing, understanding your buying power, how to be intentional about where you shop and the businesses you support.”

One way Bowen and her co-founders are modeling that is by supporting as many local efforts as they can.“Our printer is local. Our website designer: Local. T-shirt supplier: Local. As much as we can funnel through this city of Richmond, that’s who we’re hiring,” she said.

On Sunday, they’ll host local chefs and caterers at Main Street Station, fulfilling another part of their mission: Helping to build careers and launch new restaurants. “One of the chefs that was a participant last year, he now owns his own restaurant, MiniBarRVA. You have a chef that ended up becoming a business owner in the last 12 months,” she said, detailing one of many success stories.

While the Experience is focused on promoting Black-owned restaurants, Bowen was quick to describe it as inclusive and just one more addition to the many cultural festivals.

“There’s a German fest, there are Irish festivals. We have an Armenian festival and an Italian festival, but nothing that celebrates African-American culture or Black restaurants in particular,” she said.

For Bowen, it’s about the diversity of thought and taste. “This is not Richmond versus RVA… it’s not excluding anyone. Everybody has to eat. I go to those festivals, too. I love Shamrock the Block. This year, I took some time to go and learn about Armenian culture and cuisine. I want people to take that time to learn about African-American culture and cuisine too,” she said.

Some chefs have criticized Richmond’s restaurant scene for excluding Black-owned restaurants. Bowen noted that it came up this year at the Elby Awards, which she’d attended for the first time with Wentz and Lemon.

“I attended the Elby’s for the first time this year…. there were some Black-owned restaurants that had been nominated, but none that won,” she said, adding, “It’s not just me saying this, though, the emcee of the night mentioned the need for diversity too.”

She said a lot of times people just don’t know about things going on outside of their usual spots. “Some of these restaurants are 10 years old, 15 years old, but people are just finding out about them. Maybe the Elbys just need to go out, do some cross-promotion, and find more of what’s going on in Richmond.”

One of the newer attendees, chef Malcolm Mitchell, thought the Experience was a great way to do that. The former Food Network competitor and former co-owner of the shuttered Mint Gastropub, returned to Richmond to open Lower 48 in Shockoe Bottom and said he’s had no problem getting attention, but added it’s not so easy for everyone. 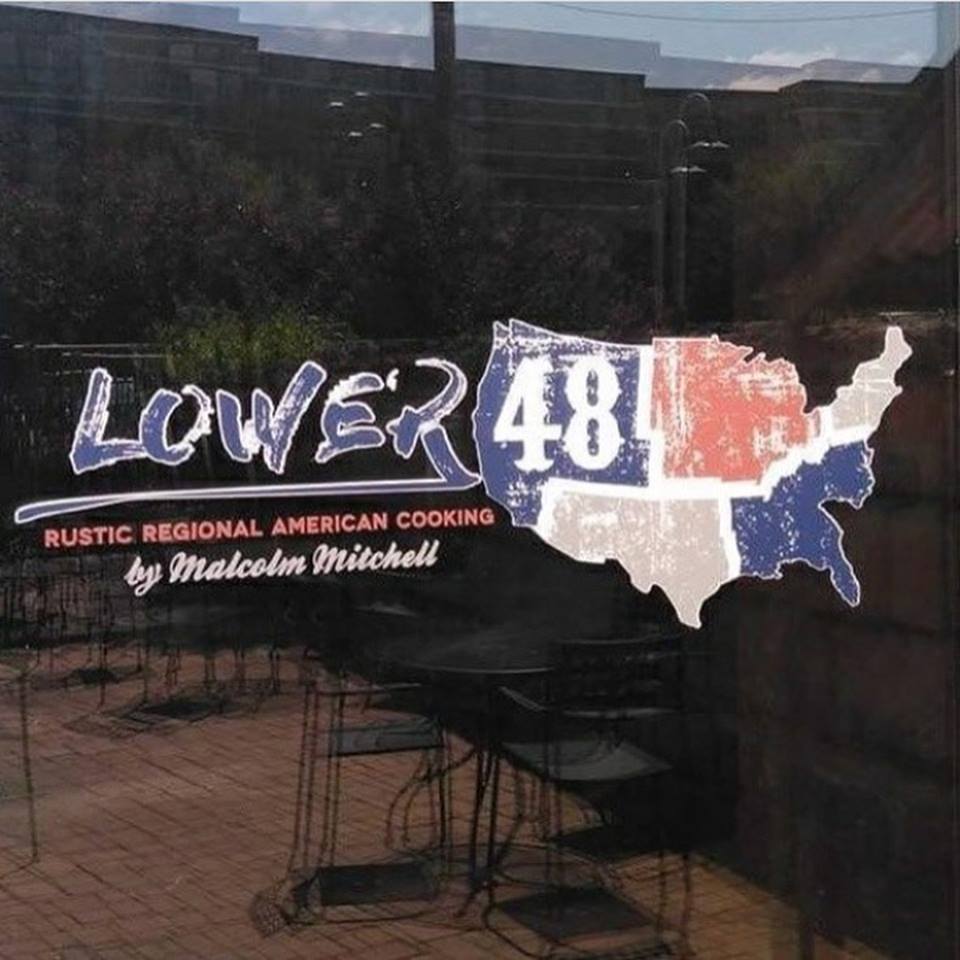 “I came off of a national brand, and a lot of people don’t have that boost,” he said. “I think one thing that the Experience can do is break people out of their cliques. You know, you have the same small circle of people giving out awards, all eating at the same types of places.”

It’s tougher in Richmond, he said, especially for Black restaurant owners. “I’ve been invited all over the country, to major events, but I don’t get the call for the local things,” he said, adding, “It’s OK for me, but I’m advocating for some of the lesser known restaurants.”

As to local awards, he had a suggestion that would put him back in his natural element: A blind taste test competition. “I think if you did a blind taste testing, got rid of the popularity contest aspect of it, you’d see different winners,” he said. “Every year, it’s the same restaurants, same chefs. I say, let your food speak for itself. That’s the true testament.”

Mitchell’s restaurant is closed Sunday and Monday, so he hasn’t been open during the Experience yet, but said it has already spurred interest. “Even when it first launched with the initial marketing material, I saw reservations for that week. Some of the Black-owned restaurants weren’t getting a lot of attention before this, and I think we needed something like this, with Shemica spearheading it, to help get that exposure.”

Helen Holmes, who opened Ms. Girlee’s Restaurant with her brother Frank Crump, agreed with Mitchell on the interest. “We’re getting lots of calls, lots of reservations,” she said. Her restaurant has drawn accolades for its brunch, which she said brings in a full house of customers from as far as Maryland and North Carolina, but the Experience is a week-long bump.

She echoed Bowen’s words about inclusivity, mentioning her favorite part of the Experience was that “it gives everyone the chance to experience African American food and culture, the whole experience. The music, the food, the people. It’s all here.”

Both Holmes and Bowen also talked about social class as a factor, noting that not everyone can afford to spend money on a night out. Both had solutions, from the Experience’s charitable donations through partner charity Renew Richmond to support people living in food deserts, to Holmes direct action: Giving out free food. “For each person that comes through my door, I donate a meal to feed the homeless,” she said. “We currently feed over 550 homeless brothers and sisters a month.”

Holmes is one of many restaurateurs running theme nights throughout the experience, bringing in special guests like Cam Cooper of iPower 92.1 on Monday night for “Trap and Taste”, and an R&B-themed event this Saturday with Boomer Magazine.

For Bowen, that type of diversity, young folks listening to trap and baby boomers with R&B, is close to the heart of the festival. “Yesterday at Abner Clay Park, we had a huge cross-section, age-wise too,” she said, before talking about how music can break down barriers. “I met a guy named Ben yesterday who came over because he heard the music. If I can draw him over with our music, and he tries some curry chicken, then the Experience worked.”

The following restaurants are participating in this year’s Black Restaurant Experience: