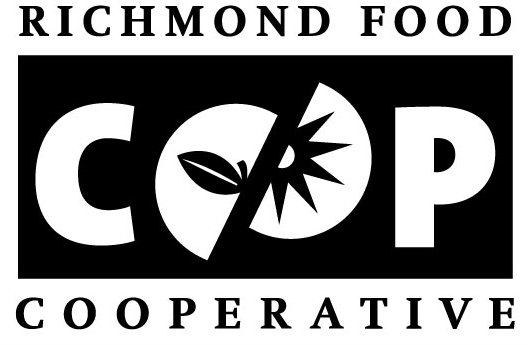 The Richmond Food Co-op, now less than a year away from opening, is growing its membership base to create a local grocery store that supports the local economy by operating through its financially invested members within Richmond.

The Richmond Food Co-op, now less than a year away from opening, is growing its membership base to create a local grocery store that supports the local economy by operating through its financially invested members within Richmond.

Almost four and a half years ago, Michele Lord and Susan Hill moved back to Richmond, their hometown, after time living in New York. This was when they came to the realization that the Richmond community could benefit from a local food co-op.

“I think people have been excited at the opportunity to invest in a local business where they can see their values played out and can be a part of something that is uniquely Richmond based,” said Lord, co-founder and a member of the Richmond Food Co-op board of directors.

She and Hill, the other co-founder and chair of the company’s board of directors, saw the food co-op as an opportunity to start a unique business model that Richmond hadn’t seen before.

A co-op is a business that is owned by a membership base. Each member who has invested equity in the company is an equal owner; this includes equal ownership of all aspects, from group-based, democratic decision-making to all profits dispersed equally to members at the end of the year. The company depends on its membership for invested equity, without any outside investors.

While the co-op business model can be applied to virtually any kind of business, the Richmond Food Co-op will operate as a full service grocery store open to the public, focusing on healthy, sustainable food. After a yearlong site search, the board and the company’s members decided on a building on Westover Hills Boulevard in Southside.

Lord and Hill launched the company’s membership drive in January 2016. Since then, almost 850 people have purchased memberships. They hope to have 1,000 by the time the store opens next summer at 1200 Westover Hills Boulevard.

“I think it helps to redefine what local business can look like when you have this extent of the community’s involvement and ownership into a business,” Lord said. “Every facet of it is really focused on local jobs, local ownership, local money.”

The values that drive the company include the creation of a user-friendly, transparent store where things are locally sourced, support local farmers and build up the regional agricultural infrastructure. The idea is that every dollar spent at the store will be directly going back into the local economy.

“We want to be people’s primary grocery store,” Hill said. “Local produce, when it’s in season, will be at the co-op, as well as organic produce.”

Now that a physical site for the store has been chosen, Lord and Hill have seen a new wave of excitement from the membership base.

“People are really excited to see it come to fruition,” Lord said. “It’s been a labor of love and a lot of effort from a lot of people for a couple of years now so it’s nice to be able to see it reaching it’s potential.”

With opening day still months and multiple business steps away, Hill and Lord find the hardest part has been rallying people behind an idea that isn’t yet a reality, while still getting members excited about being a part of something so community-based.

The cost of joining the co-op includes a $25 membership fee per household and $125 equity per adult over the age of 18. They also offer an income-based reduced rate of a $5 membership fee and $10 equity for those on a financial assistance program.

“We’ve tried to bridge this gap and make it something that is accessible to people on multiple income scales, but still with the idea that they are economically invested in this idea,” Lord said.

In the coming months, the company’s growth will continue to depend on those who purchase equity in the co-op. In the spring, the board of directors plans to hold a member loan campaign and a capital campaign. Co-ops primarily capitalize through the invitation of members to loan money to the project in the months leading up to the store’s opening.

“Co-ops are really powerful economic tools in their communities,” Lord said. “I think that for people who care about broadening access [to food] and creating a better system for supporting local businesses, this is the movement to get involved with. Richmond has a tremendous amount of loyalty and support from people within the city and this is really just a way of taking that to another level of actually having a Richmond business that anybody can help be a part of.”

To get more information about the project and purchasing a membership, check out their website.