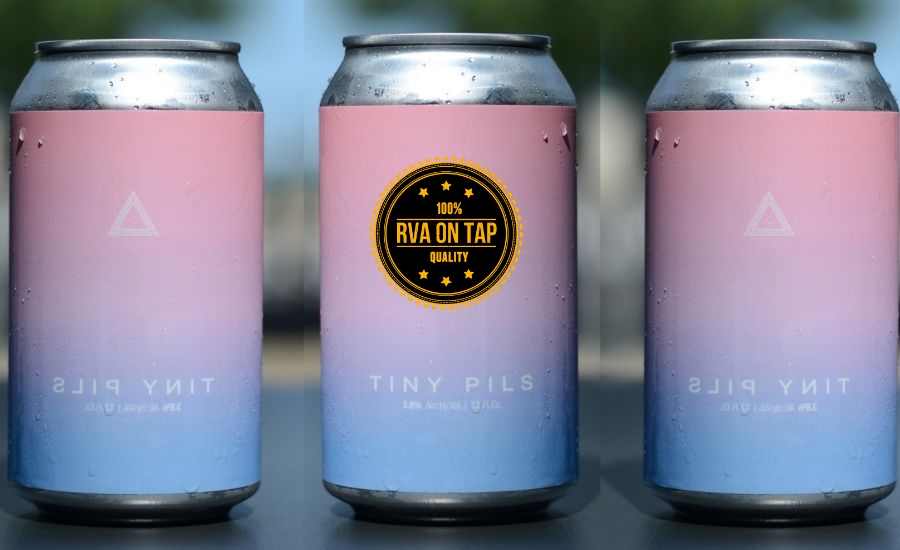 This week, we’re rolling further into the summer with tons of awesome new releases (plus a special America-themed release, because America), and awesome events to jam through summer in the River City. Drink up.

Over the weekend, I got a chance *at last* to check out Stone Brewing Richmond in-person. If you remember back a month or two, Stone celebrated the release of their movie, which followed the trials and tribulations of opening their brewery in Berlin. The German location was the very first American Independent Craft Brewery to expand into the EU — a big deal, to say the least. Anywho, the movie premiered at Richmond’s very own Bow Tie Cinemas earlier this spring, and Stone’s founder even attended the event and its afterparty at River City Roll, complete with actual beers from their Berlin spot.

In the film, a large, empty building slowly takes its shape with their famous gargoyle hanging overhead in a gray-sky, intriguingly-eerie looking space. To bring it full circle, when I visited the Richmond location, I was quickly reminded of the architecture, and felt familiar in a place I had never been, thanks to the cohesive style across their locations. It may not feel like walking into Berlin, but it does feel like walking into Stone. And that’s a feeling like no other, especially in a city packed with a lot of places that can look the same.

In new-news, for all of you who *have* been to Stone and didn’t take way too long to finally check out one of the city’s best spots, over the last week they released Enjoy By 07.04.19. Memorial Day Weekend marked the unofficial start of summer, according to the brewery, so they’ve released their America-themed brew to commemorate the changing season and give us something to enjoy (in the summer only).

For our Richmond-bred locals, the River City’s sweethearts at Hardywood are dropping a brand-new #FreshCanFriday release, and it sounds delicious. I know I’ve said it before, but I don’t think Hardywood is capable of making a bad beer. Distorted Perception follows suit as a hazy IPA, flavored with papayas, amngos, and cantaloupes after its dry-hopped process with Cashmere hops. You’ll also catch notes of honeydew, papaya, and lime in this sweet and smooth brew.

Meanwhile at Hardywood, the brewers have teamed up to support the 5th Annual Rockin’ on the Avenue tomorrow night at St. Mary’s tomorrow night. The annual fundraiser started off with a few smaller organic goals, and with lots of community support, it’s taken off to become a long-term gig. They’re rockin’ again this week, so join them for great food and local businesses for the cause.

Over at Final Gravity, Morning Glory Double IPA is making its way back to the taps on Friday. You’ll catch some cantaloupe aromas here, but you’ll also catch some droolworthy notes of candied orange slices and coconut, with some peach and tropical fruits sprinkled in. This 8% ABV brew was dry-hopped with Cashmere hops and a later addition of Azacca to give a nice blended taste, and it’s available by the glass and in crowlers to start relaxing into your weekend with its release.

Triple Crossing has done it again… in a set of the most beautiful cans I think I’ve ever seen in my life. Even if I didn’t want to try this beer, I’d want to buy it just to look at it. It’s dreamy, y’all! Tiny Pils is their newest addition to their perfectly-balanced recipes, a beer designed with the “sometimes need to manage our collective sobrieties” in mind — so it’s got a low ABV that’ll set you down gracefully. Raw clover and a sweet, oak-like baking spice hop character takes this one, with more flavors of lavender and a honey-like malt depth. It’s available on draft, but obviously better in cans, so grab one while they’re available, starting this Friday.

Isley Brewing Company has a new addition to their draft list as well, with a Banana Infused Belgian White Ale. I just had my first taste of a white banana beer recently (at Stone, if I remember correctly), and I’ve got to say, it was better than I expected, as a person who’s not really a banana enthusiast in most flavors. Except for actual bananas, which ironically, I love. Regardless, I was surprised at how much I genuinely enjoyed the combination of bananas and brews, and I don’t doubt that Isley’s recipe will be delicious as well.

This week, a Strawberry Hefeweizen made its way to our pals at Lickinghole Creek Craft Brewery. If you need an excuse to get out of the city, make your way to the farm for a new brew with some of our favorite outside-towners and catch live music — plus some awesome food trucks like SandTopia, Papa vs. Carolina BBQ, and more. The Jerry Wimmer Trio and Genu Jay will be performing through the weekend at Lickinghole Creek to keep the jams on and the beers cold.

It’s Hawaiian shirt time! Canon and Draw Brewing Company is hosting a Pre-Summer Luau Party this Friday, so grab your tackiest attire and tourist it up in your own town. Justin Golden, Scott Lane, and Charlie and Darlings will be performing with live music all day to accompany popsicles, beer specials, games, and a gift card raffle in the perfect city luau.

Bonus points: If you dress well enough, you can put your name in the raffle for a chance to win best costume and get a prize for your wardrobe. Bust out the Hawaiian shirts, flip flops, bathing suits, luau gear, and anything else you can think of to come out and win. Plus, above all else, it’s a reason to hang out in a bathing suit in public, and it’s always sweet to beat the heat.

This Saturday out at Richmond Raceway, don’t miss the Beer, Bourbon & BBQ Festival that’s got *a lot* cooking. With your ticket, you’ll get unlimited beer and bourbon tastings (as long as you keep it moving from table to table, and tent to tent — don’t get too wild out here, y’all) plus BBQ galore. With pulled pork from whole hogs, ribs, brisket, chickens, sausages, and “any fixins’ you could imagine,” the Raceway says they’ll keep the portions heavy and the prices low.

During the festival, live rock and blues music will be jamming all day, with bluegrass on the main stage to set the best Southern feel — because BBQ and bluegrass just belong together, if you ask me. They’ve also got a Pork-A-Licious VIP Whole Hog session for the extra-committed meat lovers, so get a full plate plus two extra hours of fun with special beer and bourbon tastings to round off the day.

Center of the Universe is throwing an awesome show tonight with Scattered Smothered and Covered for Tail Waggin’ Wednesdays, and they want to remind you that there’s nothing better than a mid-week “having a few” break. Who can blame them? I don’t know how you Summer-In-Richmond, but when I Summer-In-Richmond, I want to be out and about every day to take it all in.

Release the hounds tonight with our buds at COTU, and don’t forget to catch their Beer, Bingo, and Bloodies event coming up again this Saturday. This one used to happen at COTU and was brought back by popular demand — so now that it’s here to stay, if you haven’t made it out yet, here’s your chance!

The Run The Gauntlet Challenge is back at Castleburg Brewery and Taproom. If you remember back when #1 came out last year, Castleburg’s Gauntlet Series of challenges is unlike those you’d find in medieval Europe in that these don’t strike you with physical punishment — they strike you with pale ales. Thank god, right? #10 is here, and its earthy, floral flavors with hints of citrus come from its Centennial hops brewing process. Head out for a punishment that actually doesn’t seem so bad, and tell us how it was!