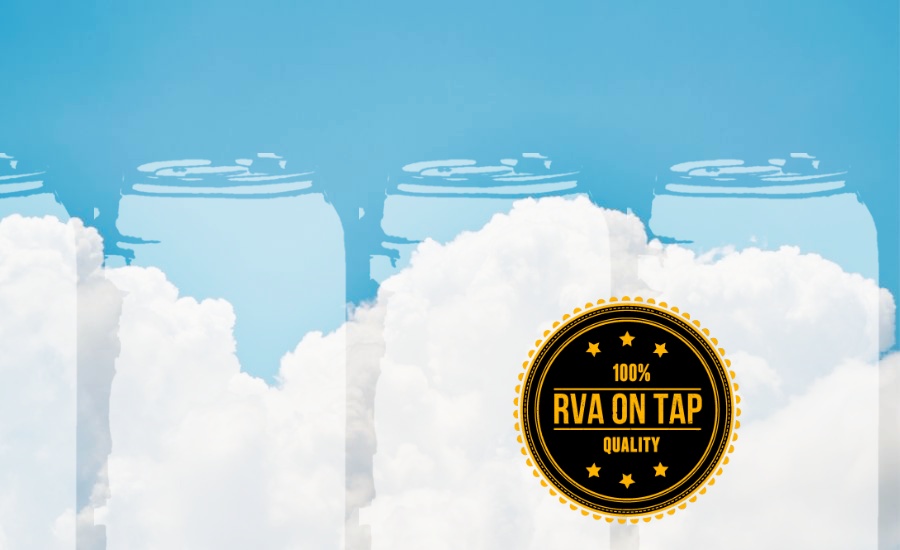 Now that the holiday weekend has come and gone, summertime is here for real, and with it comes all of Richmond’s great events that make the River City so fun every year. Whether you want to stay in town or take a day trip, Virginia’s breweries have something for just about everyone.

Did you have fun over Memorial Day weekend? We did, and we hope you did, too. If you made it down to the beach to celebrate, we’ve got some exciting news about your new favorite spot there: The Veil Brewing Co. is opening a brewery in Norfolk, and they’ll be slinging beers this weekend at the Norfolk Street Museum party ahead of the occasion. The street party is happening in the Studio Colab parking lot at Toast in Norfolk, with live music all day, murals, eats, and beer.

The Lazy Dangers, NFK Nightmares, and Tired All The Time (I feel that) will be providing the jams throughout the event, plus food from Handsome Biscuit and Pendulum Fine Meats. The Veil will be out with all their stellar beers that have made them so Richmond-famous, and I can’t wait to see how quickly they take off down in Norfolk — I have no doubt they’ll be a fast favorite for the beach crowd. Tim Skirven is debuting a brand-new mural during the party, too, so rest assured you’ll have plenty of reasons to have a good time if you make it down.

Calling all car (and dinosaur) enthusiasts! Intermission Beer Company is hosting their Jurassic Jeeps event this Friday, and whether or not you’re usually into cars, I think we can all agree that Jurassic Park cars are awesome. Bring out your dinosaur costumes and don’t hold back on the free dinosaur temporary tattoos (after all, Richmond is one of the most tattooed cities on the coast. Pile ‘em on, y’all). Grab some grub from Haulin’ Balls RVA and a pint from the bar to enjoy the movie-themed Jeeps and dinosaurs everywhere. I personally know plenty of Jeep lovers and a few friends with dino costumes, so come out and get pumped.

I spent many a childhood day laying in the soft grass in the mountains, watching the clouds go by. Hardywood gets it, and they’ve themed their newest can release after the pictures in the sky: Cloud Shapes debuts this Friday at Hardywood Richmond, a New England-style DIPA that packs a higher alcohol content than its light, fluffy name might suggest. At 8%, Cloud Shapes is best enjoyed “with a picnic blanket and a buddy to go cloud chasing with,” and its large-bodied flavor is complemented with a sweet finish. You’ll catch notes of mango, orange, grapefruit, and lemon in this hoppy brew. The Flavor Project is coming out to jam for the occasion along with Smokie Joe’s BBQ.

Peaches and Cream — is there a better flavor for a summer day? Not in my book. Our friends at Three Notch’d RVA Collab House are releasing their Peaches and Cream Ale this Friday as a collab with Endeavor RVA, a local fine art studio and gallery, and damned if it doesn’t sound delicious. With lactose, vanilla, and peaches, it’s one of the brewery’s most experimental beers despite its simplistic nature, according to its creators. They say it’s “deceptively thick” and as sweet as a creamsicle, which means it’s right up my alley, and a taste that’ll stick with you throughout the summertime.

Final Gravity fans: one of your favorites is on its way back to the taps this Friday. 3 Mile Double IPA was brewed originally as a tribute to Final Gravity’s running club, so if you’re in the market for something to cool you off after a hot day outdoors, this is the one. Brewed with Jarrylo, Falconer’s Flight, and Citra hops, 3 Mile Double IPA is available in a glass or a Crowler, and will refresh your day with grapefruit, pear, and passionfruit. Be sure to check out Final Gravity for their Bluegrass Jam next week, and to learn how to brew mead with Black Heath Meadery (which we’ll talk more about in a bit).

Starting off the first day of June right, Center of the Universe is dropping Monkey’s Uncle Lemongrass Tripel on Saturday, a classic Belgian style created with Pilsner malt. You’ll catch notes of German Munich and Vienna malts that bring out its color and sweetness to pair with its light, crisp body and straw-colored pour. Lemongrass fills its aroma with fresh herbs from the local Village Garden added in its boil. It sounds like the perfect light brew to go with the Puerto Rican food it’ll be served up with by Freekin’ Rican all day out at the Ashland spot.

I can never get enough dog events around town, and Strangeways never fails me. Yappy Hour is happening tonight (!!) at their spot on Dabney Road, and the brewery’s inviting you to bring your pups out and support the Richmond Animal League. There’ll be more Yappy Hours to come this summer, so fear not if you can’t make it on short notice — but if you’re able to go, Strangeways has plenty of treats for your furry pals and dog pools to keep them cool. A portion of beer sales from the event will go back to the Richmond Animal League, too, to let attendees drink for a cause.

Looking to get out of town? Väsen Brewing Company wants you to come out to Rock the River FXBG festival in Fredericksburg on Saturday. The festival will be packed with awesome vendors like Two Tree Outfitters, the Virginia Outdoor Center and more, plus our favorite outdoor-enthusiast brewery. Väsen’s known for getting Virginians outside for hikes, kayak trips, bike trips, and everything else that our beautiful state makes possible, and they’re excited for the celebration of it all this weekend in Fredericksburg. Jackass Flats and Kyle Davis will be providing the jams, and there’ll be plenty of great food from pizza to Martina’s Cantina. If you don’t want to get outdoors in town, get out of town and enjoy the weather with our neighbors to the north.

Honey wine, honey wine. It’s been a while since we’ve had the chance to learn how to brew mead with Black Heath Meadery, and I’m stoked to see the opportunity coming back around. Next Monday, head over to Final Gravity in Lakeside to join Black Heath’s Mead Mavericks, Bill Cavender and Mike Palese, to learn the basics of fermenting mead and the history of honey. If you’ve ever wanted to know what the process is like behind all your favorite brewers creating your favorites, this is a great chance to see it specialized for meads and get a feel for the chemistry behind it all. It’s not as hard as you think, either — you’ll get to see how simple the equipment is that you’ll need “to begin a lifelong relationship with flowers, bees, yeast, and alcohol,” according to the brewers.

Over at Isley Brewing Company, don’t miss special summer flavors on tap right now… like Piña Colada Honey Bock and Peach Ginger Golden Ale. It’s hard to drink a Piña Colada without wanting to drink 10 because they’re just too good to put down, and I expect that the flavors blended with beer will have an extremely similar effect. Isley’s also got a spiced cola out at the brewery, so swing by and grab a taste from the awesome varieties they’ve got on deck this month.

In case you haven’t made it out to one yet, be sure to check out all the awesome live music at Steam Bell Beer Works all season. You can catch Commonwealth Bluegrass this Friday, plus tons more on the calendar soon like Mama Juana, Pat Russell, and LeeStreet to start June off right. Their 3rd anniversary is coming up soon, too, so stop by your favorite Midlothian brew spot and show them some love for all the great beer and entertainment they keep dishing out.