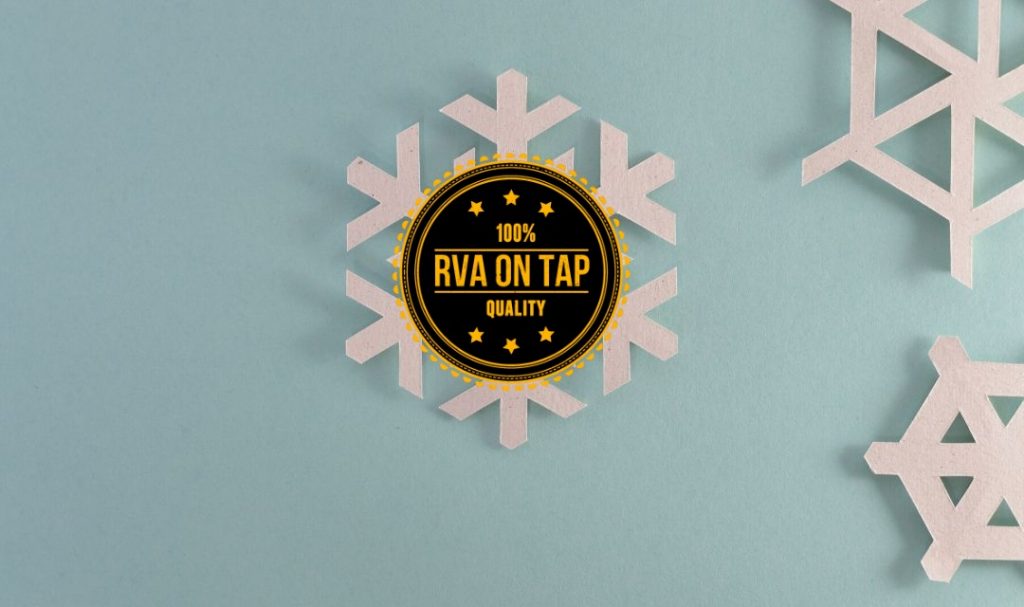 This is our last beer column before the holiday season comes to a close, and if you’re not quite ready to say goodbye to the delicious beers of this time of year, we’ve got you covered. Local brewers around Richmond have plenty of releases coming this week.

Triple Crossing Beer drops their toasted coconut Imperial Stout, “Lost In The Night,” and Hardywood has a raspberry stout ready for all those still wanting more after their GBS series came out. Catch a double release from The Answer Brewpub with two new beers out, plus Center of the Universe’s “The Jeffrey” is finally open to the public after their Big Lebowski holiday packs.

⟁ Christmas Eve means more than opening early presents this year. At Triple Crossing Beer, it means an early brewery opening and a brand-new beer to celebrate it with. ⟁

Lost In The Night is coming out tonight at Triple Crossing with all the toasted coconut you could need in an Imperial Stout. The brew lives up to its name as it pours with a pitch-black body packed full with espresso, toasted coconut, and dark chocolate-covered cherries along with a burnt turbinado sugar finish to round it all out. At 10% ABV, its brewers note that it’s “incredibly decadent, but cohesive like everyone’s holiday should be,” regardless of how that holiday evening might actually turn out. Triple Crossing has been on a mission lately to refine their recipes and curate them for their final barrel destinations, and this one is definitely a winning batch. Make sure to head out to Fulton for a glass with this beautiful dark khaki head, and taste the product of their careful adjustments of fermentation, finishing gravity, and overall roast characters, all perfectly balanced.

All the Gingerbread Stouts are ready to go for the season, but Hardywood has one more up their sleeves before we say goodbye to 2019. Their Raspberry Stout hits the taps this Saturday at the brewery, just ahead of their New Year’s Eve celebrations.

This award-winning stout comes to us with chocolate malt, cacao nibs, and late-season red raspberries from Hanover’s Agriberry CSA and Farm, according to Hardywood. If you’re looking for something on the heavier side to go along with the big meals of the week, this one’s just right. It’s packed with notes of dark chocolate and raspberry jam, so grab a few bottles from the brewery and give yourself a gift this year to close out your holiday evening with the best from our pals at Hardywood.

The Answer Brewpub has brewed up a few new recipes this week. Kicking off their latest releases is Crispy AF, a traditional American Lager with a twist from The Answer. At 5% ABV, this one’s a great easy drinker for those daytime holiday brews on your days off at home.

They’ve also got Cloudy AF on the taps this week, and this one’s right up my alley. This Citra and Mosaic-brewed Double IPA pours with a nice light orange color and a full head, and it was created to bring out the juiciest flavors of its hops. The Answer says they got their inspiration for this recipe while visiting “the cloudy city of Aberdeen,” and they certainly brought the clouds with them back home to make this one come to life.

Up in Ashland, Center of the Universe is finally releasing this year’s brew of The Jeffrey to the public this Saturday. This one first came out as part of their Big Lebowski-inspired beer packs, if you remember from last week, and it’s available to all starting this weekend.

This extra-special beer has been eagerly-awaited by its brewers for 12 full months now while it aged in Apple Brandy Barrels. It came together as a variation from their El Duderino brew, a White Russian Stout inspired by The Dude himself in all his slacker bathrobe glory. The Jeffrey brings a completely new taste to the original, leaving out the lactose and vanilla beans of El Duderino to swap them for Apple Brandy and cherry notes. At 10.4% ABV, you’ll probably only need one — but it’ll leave you wanting more after you get a taste of its velvety, warm dark-fruit finish along with notes of dry fig, roasted blackberry, black currant, and smaller hints of coffee. Take one home for the holidays in four-packs, or swing by Center of the Universe for a glass of your own, and enjoy this one while it lasts.

If you’re feeling bummed that the holidays are over too soon, don’t fret: Isley Brewing Company is hosting a karaoke and tacky sweater contest the day after Christmas this week to keep the holiday spirit rolling even after it’s technically over.

Put on your tackiest sweater and grab your family and friends, Isley says, to crank up the holiday tunes and drink some delicious beers with the ones you love. There are prizes in it, too, so make sure to pick the tackiest of the tacky from your grandmother’s closet before heading to the brewery for a chance to win a merch bundle from Isley. Don’t forget to register when you get there, and bring your friend with the greatest ability to drink lots of beer — each beer purchased lets attendees cast one vote, so the more you drink, the better chances you’ll have to win.

It’s a great time to head out to Goochland County. For me, that usually means for beautiful drives through the country filled with the pale, open-skies of winter — not only a yearly tradition, but often an every-weekend event as the environment cools down and the colors of the season, like burnt orange, forest green, and deep reds, come out through the woods. The surrounding areas of Richmond are absolutely stunning, and if you need a reason to make the drive out of the city, Kindred Spirit Brewing has one ready for you right here.

Kindred Spirit’s Winter Ale is fresh at the brewery, and this Dark Belgian Ale is nothing short of perfect to pair with the vibe outdoors during this time of year. Brewed with RVA 805, harvested from the Swift Creek Berry Farm, this Winter Ale is packed with warming flavors with toffee, spices, and nuts to pour in a dark chocolate color with a light, dry finish.

A brand-new Double IPA is heading to Ardent Craft Ales this Thursday, named after a well-known street right in their home neighborhood of Scott’s Addition.

Altamont DIPA was brewed with Cashmere and Mosaic hops, two classic hop additions that bring these delicious beers together perfectly every time. At 8% ABV, it’s slightly on the lighter side for this style of brew while bringing out the usually-higher alcohol content of them, so it’s one that DIPA lovers will find just right. As a “soft, hazy treat,” this recipe is full and juicy, with tropical fruit flavors alongside melon and stone fruit.

Two releases are on their way to Väsen Brewing Company this Friday, starting with Wanderlust: a Belgian Pale Ale that took home the winning award from this year’s James River Homebrew Club Dominion Cup as a collaboration beer. Unlike its counterpart Citron Saison, coming out on Friday, Wanderlust brings out toasty malt flavors that come out with more earthy notes from its Vojvodina and Glacier hops. You’ll catch smaller spicy notes in this one before trying their Citra Saison, which releases as a lighter, refreshing Belgian Farmhouse Ale. Citra Saison brings out the honey, and complements Wanderlust with more subtle spice along with Rostov’s Citron Green Tea that features fruits like lemon and lime.