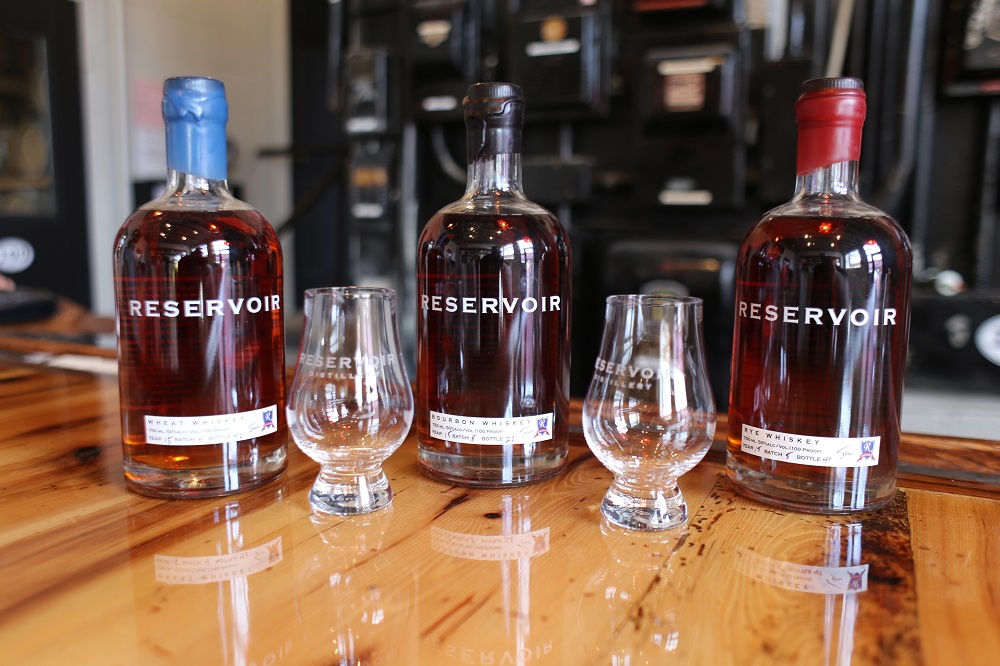 Jay Carpenter and David Cuttino’s idea for their business sparked over a bottle of whiskey.

Jay Carpenter and David Cuttino’s idea for their business sparked over a bottle of whiskey.

“We were going to a Virginia Tech football game one night, we were drinking a very expensive bottle of whiskey and a little appalled and what we had to pay for it, and we decided that we could do better,” said Carpenter, co-owner of Reservoir Distillery in Scott’s Addition.

Now for most, that might only sound like a drunken proclamation, but for these childhood friends, they were determined to make it happen. And with both at them looking to get into other careers it was the perfect time.

“We were both at a crossroads in our lives,” he said. “He (Cuttino) was in the bond market up in New York and everything was going downhill up there so he decided to move back to Richmond.” 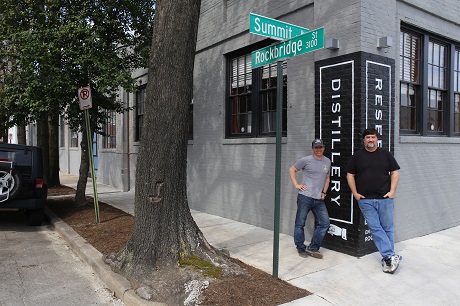 The business partners went to Collegiate here in Richmond and Cuttino graduated Virginia Tech with an engineering degree and Carpenter studied architecture at Catholic University.

With a love for whiskey and passion to branch out on their own, the two started looking into owning their own distillery in 2007. Carpenter and Cuttino leased a 6,000 square foot building at 1800 Summit Ave. across from Isley Brewing a year later and sold their first bottle in ABC stores in November of 2010.

Reservoir Distillery sells a wheat, rye, and corn (bourbon) whiskey in small batches which are all 100 proof and come from locally sourced grains. 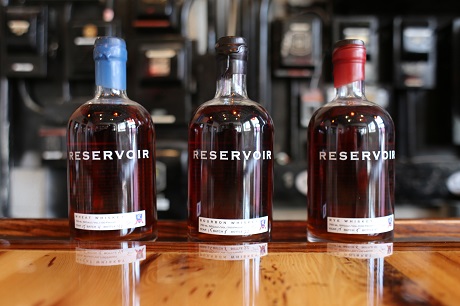 “The wheat is very smooth, it’s kind of got an alcoholic iced tea sort of flavor to it,” Carpenter said. “The bourbon is very bright, maybe butterscotch, it’s the most popular. The rye is a great peppery, spicy.”

On a tasting trip, RVA Mag staff found the wheat whiskey to be very tasty and has a softer flavor than the rye and bourbon. It did have a bit if a kick at the end though which was well-liked. Of course, the bourbon was definitely a favorite, but the rye was a little strong for my palate. However, the hardcore whiskey drinkers will love the rye.

About 700 five-gallon barrels of whiskey sit neatly displayed in rows on the shelves in Reservoir Distillery’s back room where they make and age all of their products. The aroma of aging whiskey seeps out from the tanks as you walk into their tasting room.

The Scott’s Addition distillery ages most of its whiskey in five gallon barrels, quite different from most distilleries who age their whiskeys in 53 gallon barrels according to Carpenter. 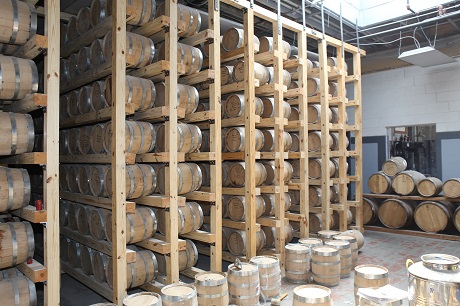 “We change the wood surface to alcohol ratio, so you’ve got a lot of wood and a little bit of alcohol touching it and it ages a lot faster in a five-gallon barrel,” he said. “In a big barrel not very much of it is touching the wood. In two years we get about 15 to 18 years age in one of those barrels.”

Carpenter said the whiskey gets 50 to 60 percent of its flavor from the barrel and with the smaller barrels their album to get a “premium product” in a shorter amount of time.

Reservoir sells 375 ml and 750 ml bottles of all three whiskeys which range from $42 to $84. You can buy them at all the local ABC stores or at the distillery itself because they have an ABC license.

And business is definitely running smoothly.

“We’re constantly sold out,” Carpenter said. “We’re working on making more and more…this year were making about three times more than what we made last year.”

In the last three months, the distillery added on a tasting room offering half-ounce tastings of their whiskeys along with a small store where customers can buy whiskey glasses, hats and shirts.

Carpenter said the business is getting ready to take over a 4,000 square foot space next door to have for extra storage. 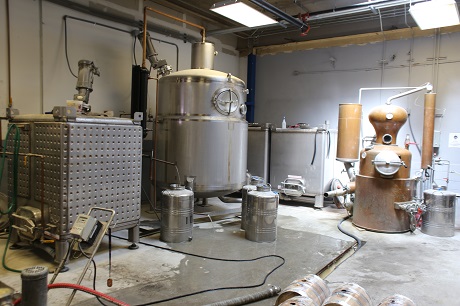 And if business continues to grow as it is now, Carpenter said he and his business partner plan to start selling in more places.

“Ultimately we want to be in every state in the country,” he said.

They even have plans to start selling beyond the United States.

“We are also working on international sales, {we’re} looking at China, Europe and South America,” he said.

Besides pouring into different markets, the business partners have been working on a barrel program where people can come in and purchase their own used barrel for $75 and have it aged to their liking.

“We are going to offer customers the chance to put a down payment on a barrel and tell us how long they want it aged,” he said. “Once it is ready, we will bottle it for the customer and they will buy the bottles through our ABC store. They will have the opportunity to help us with the bottling and sign their bottles.”

The down payment for a 5 gallon barrel is $1200 and Reservoir Distillery is hoping to have the barrel program in place this month.