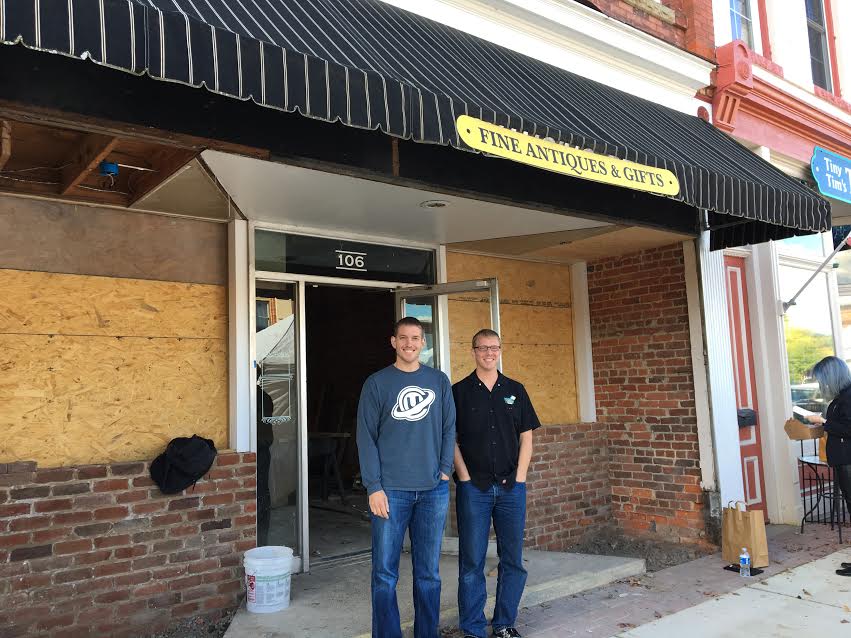 RVA Mag first broke the news to you in September of Center of the Universe’s expansion with a smaller production facility, Origin Beer Lab.

RVA Mag first broke the news to you in September of Center of the Universe’s expansion with a smaller production facility, Origin Beer Lab.

Now the Ashland brewery is just a few weeks away from opening the new small-scale brewery at 106 S. Railroad Avenue, not too far from their headquarters at 11293 Air Park Rd., which opened in 2012.

Origin Beer Lab will operate on a three-barrel brewing system, and allow co-owners Chris and Phil Ray to experiment with new recipes, play around with old ones, and partner with more local businesses for collaborations.

“We don’t have a very scaleable pilot system right now at Center of the Universe, so this system will allow us to tweak recipes and come up with new recipes so that’s the more practical reason,” Phil Ray said during a walk through of the facility Friday afternoon. “Sours, some barrel-aging, different techniques, different ingredients…that kind of thing.”

“We’ll start with doing some collaborations with the local restaurants around town, we’ve already done one with the Caboose {Market} next door.” 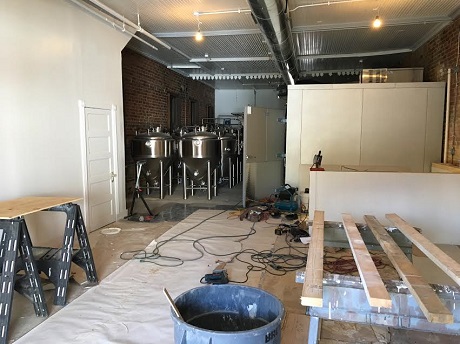 They have also started a partnership with Randolph Macon’s microbiology department.

“We’re working with a Randolph Macon student who is capturing wild yeast from agriberries,” he said, which will be used to create a house sour strain for their wild beers.

In keeping with the experimentation theme of brewing, the 50-seat taproom will also be designed in a similar fashion.

“There will be a lot of stainless steel appearing furniture, the glassware will be reminiscent of a laboratory as well as the decor,” said Ray.

The “1950s mad scientist theme” is fitting, because in the late 1800s the location was once a pharmacy according to Ray. 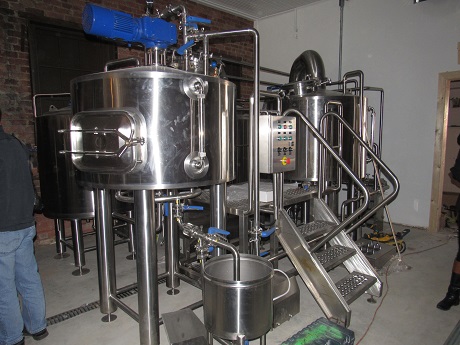 “Back then pharmacists were not all that different from brewers,” he said laughing.

The taproom will also have merchandise, to go beer packs, and a small front patio for additional seating.

When Origin Beer Lab opens, it will have up to eight draft lines available, with a diverse lineup.

“The sour we’re planning to have is a kettle sour stout, which is not something we’ve done before,” he said. “It’s a style we really like…we did a kettle sour gose at COTU this summer that’s turned out nice so we’re going to try that same technique with the stout.”

Pocohoptas is the most popular beer at COTU, with it being about two-thirds of the beer they brew, so Ray said the brewers are excited to branch out with new and creative beers.

In addition to sours, Ray said they plan to brew a farmhouse saison with a wild yeast, a pale ale, and a champagne-like beer.

The brewers will split their time between COTU and Origin Beer Lab for now according to Ray. 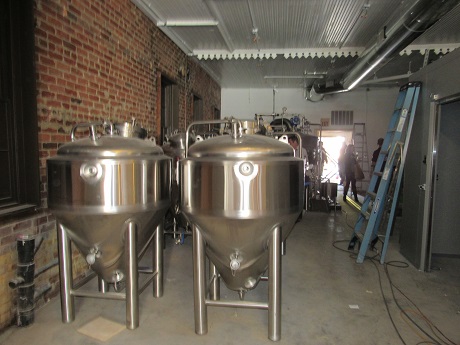 With the three-barrel brew system, Origin Beer Lab will be able to produce about 300 barrels of beer annually. And because the tanks are smaller, Ray said they will be able to do more experimental beer collaborations and come up with recipes they can eventually bring over to COTU.

“This is going to help us really perfect those seasonal and one-off brews before we hit the major production scale,” he said.

Beers won’t be transferred between the two breweries and Origin Beer Lab won’t be distributing into the market, the facility will be solely for experimentation.

Origin Beer Lab will host a grand opening weekend Fri. Nov. 18-20 coinciding with COTU’s 4th anniversary. A trolley will shuttle thirsty beer drinkers between the two locations on Saturday from 2 to 8 pm. The new facility will be open Monday-Friday 4 pm to 9 pm, Saturday 12 pm-9 pm, and Sunday 12 pm-8 pm. Cheers!