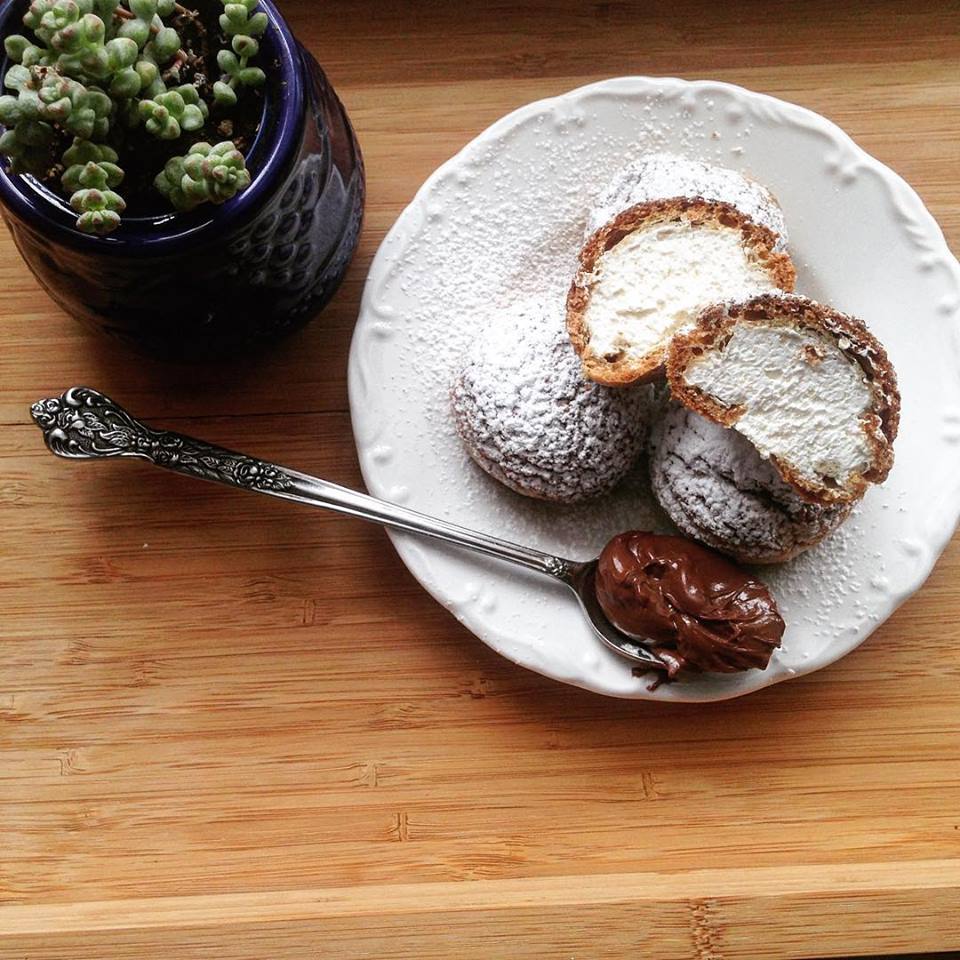 These stories originally appeared in GOOD EATS RVA in RVA #33 Summer 2018. You can check out the issue here, or pick it up around Richmond now.

This summer, Michelle Parrish is hoping to serve busy working families in the Church Hill community more affordable and nutritious options. Her forthcoming grab and go food shop, Soul N’ Vinegar, will open in the former Ruth’s Beauty Shop spot on R Street, selling vegetarian, gluten-free, and other healthy lunch and dinner options, along with beer and wine.

Residents can expect a variety of packaged to-go meals and sides, from octopus salad to pickled veggies, homemade salsa verde, vegetarian curries, and mac and cheese.

“A lot of the meals will be microwavable, and some will be ready to eat, such as salads and sandwiches,” Parrish said. “It’s right in the middle of a residential neighborhood. It’s meant to be for people who don’t necessarily need a place to eat, they just need food.”

Originally from Massachusetts, when Parrish moved to Church Hill a couple of years ago she wasn’t aware of the food deserts that plague certain areas of the city.

“I didn’t know about the other side of Richmond, where people don’t have access to fresh food [and] the majority of the population is living below the poverty level,” she said. “I was like, this doesn’t make any sense. Richmond’s supposed to be this huge food town, but all of the options are in the same category.”

Living only a couple of blocks away from the shop, she said she felt a calling to it while she was earning her business degree at J Sarge last year. With the urge to revive the shuttered building and offer Church Hill residents affordable fresh food, she enrolled in a free business course through the Office of Minority Business Development.

After that, she decided to focus all her efforts on getting Soul N’ Vinegar up and running. She took a semester off and applied for funding through LISC and Bon Secours’ SEED grant program, which strives to jumpstart small Church Hill businesses. Parrish was awarded $20,000, which gave her the boost she needed to launch the market.

“Up until that point, everything was a daydream,” she said. 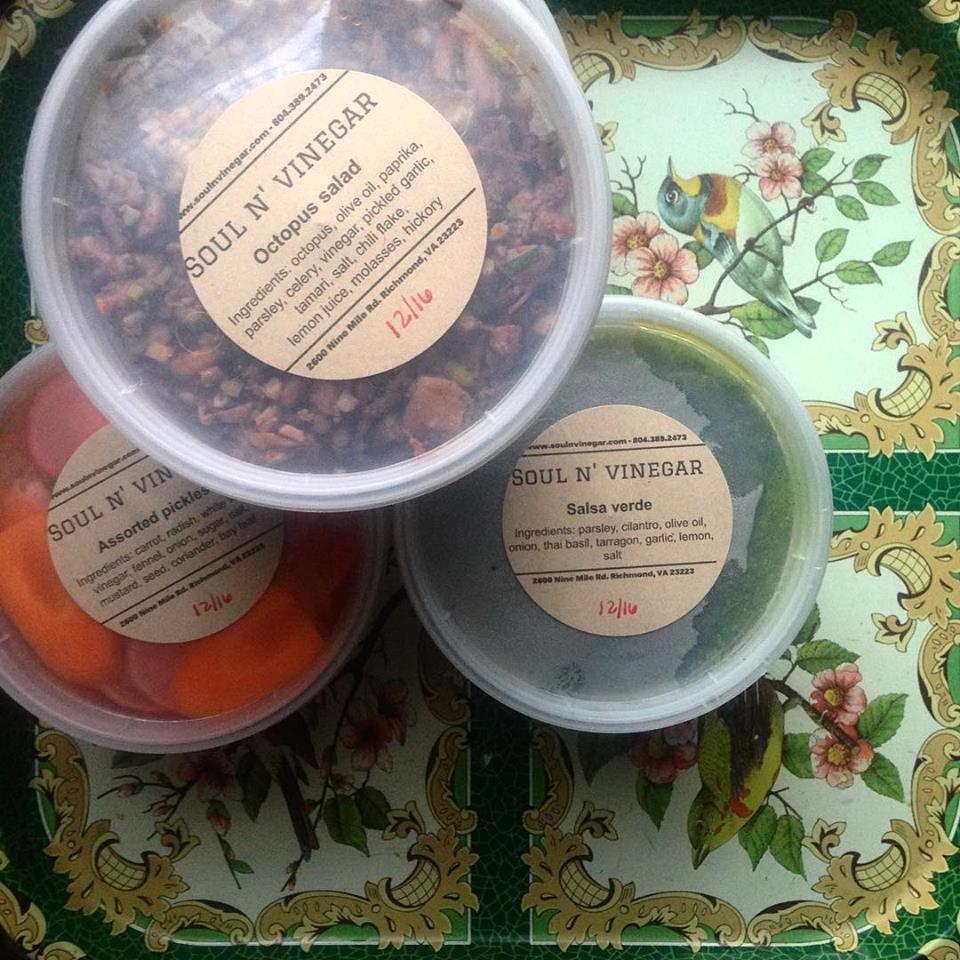 About 80 percent of the food at Soul N’ Vinegar will be vegetarian, keeping costs low to cater to a wide range of people in that community.

“The goal is to keep as many of the entrees under $10 [as possible],” she said. “There will always be a $5 meal, and I will accept EBT cards so people who use that have access to fresh options. There are a lot of people that are in the area, a lot of older people that have dietary restrictions. I just wanted to have something that was different.”

Prior to leasing her space, Parrish held pop up events at Sub Rosa and catered for local companies, offering boxed lunches and other snacks including deviled eggs, pimento cheese sliders, smoked chicken salad, and honey cake with candied orange. She plans to continue the catering after the market opens.

Parrish said there will seating for six inside, but she will expand with a 15-seat patio after they open sometime this summer.

The owner of Manchester coffee shop Brewer’s Café will open a spot this fall just down the road from his Bainbridge Street location for those with a sweet tooth.

Leasing two spaces at 1309 and 1311 Hull St., Ajay Brewer will not only serve up waffles, alcoholic milkshakes, and lunch fare at his new place, Brewer’s Waffles & Milkshakes, but also will use one half of the building as an art gallery.

Plans didn’t get cooking for the shop until a few months ago, but expansion has been churning in Brewer’s mind since last summer.

“I always wanted to have waffles or pancakes in my shop [and] couldn’t,” he said. “We would bring people to make waffles in the shop, but that was just an ongoing thing, it wasn’t that pressing.” 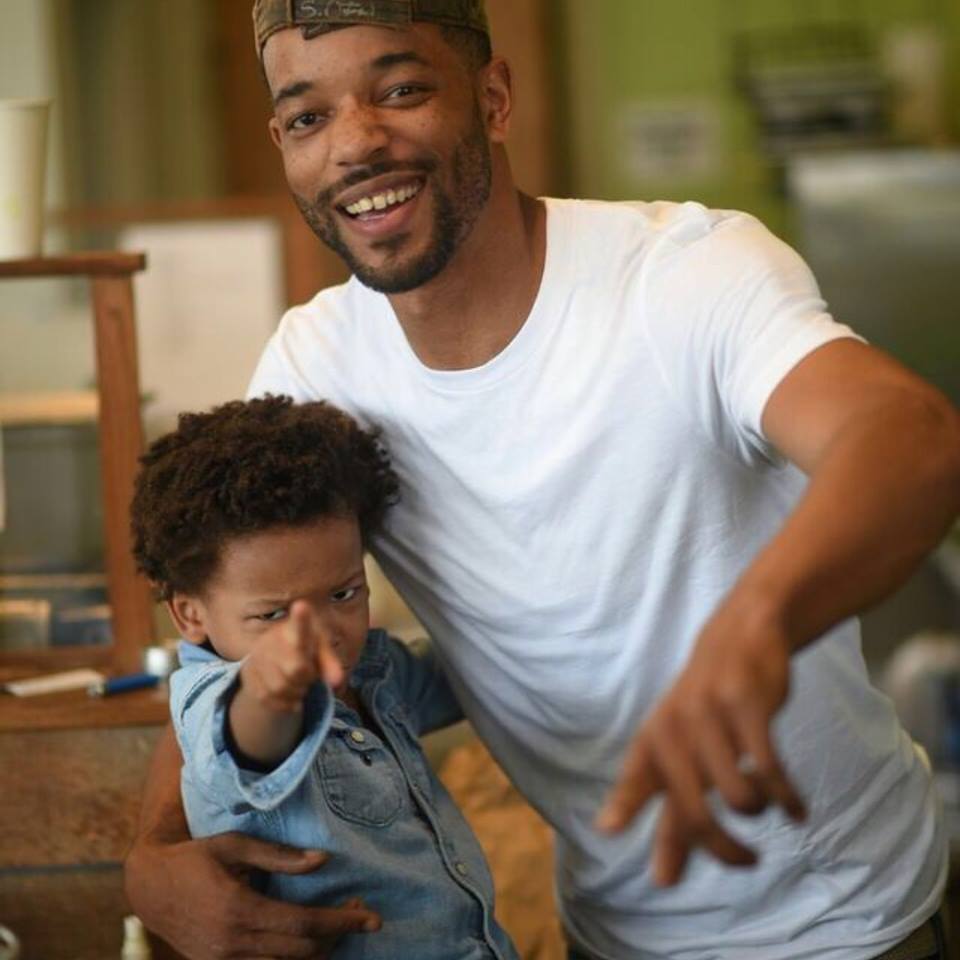 Brewer and his son

The café owner and former stockbroker, who opened his shop about three years ago, has played a significant role in bringing people to the neighborhood, launching the monthly Manchester Manifest on first Fridays and drawing in customers recently with “Wu-Tang Sandwich Week.” The proceeds from this collaboration with Wu-Tang Clan members to create some of their favorite sandwiches went to benefit Richmond Public Schools.

“The whole idea is to create a community right here where we live in Southside. Doing what I can to make this population better. I truly feel like we can change the world, we just have to start with these communities,” Brewer said.

Community was also a big part of the appeal to open Brewer’s Waffles & Milkshakes. “You think about a city environment — a lot of millennials, a lot of folks who want to be out and about,” he explained. “What do they want to be doing? Where do they want to eat at night time?”

Brewer said plans for the new shop came together rather smoothly. “I got a call from the landlord a couple of months ago, he wanted to lease the space. He was like, ‘You can have both spaces if you want it, we just really want to get this café idea out,’” he said.

James Harris, an investor in Brewer’s Café, was also looking to dive into his next venture. “He was itching to do something else, he has several businesses and all that came to me around the same time so what would we do became the question,” he said.

Brewer said they threw around different ideas for the Hull Street location such as a biscuit restaurant, ice cream shop, even burgers, but ultimately, he knew he wanted to serve the fluffy, golden brown treat.

The menu is in the beginning stages, but Brewer plans to have savory dishes like chicken & waffles and waffle sandwiches that come with sausage, along with a toppings bar with strawberries and other sweeter options. To satisfy the lunch crowd, the shop will also serve sandwiches and salads, with vegetarian and gluten-free options.

Sodas from Union Hill’s Roaring Pines are also on the menu, as well as alcoholic milkshakes, so whether you’re an early riser or a night owl who likes their midnight munchies, Brewer’s forthcoming spot plans to cater to everyone.

As for the art gallery, the spaces will be connected so patrons can walk between the two, and Brewer hopes to showcase art from near and far.

“Personally, I’m an art lover. I’m not really pretending this is something that interests me,” he said. “This space, obviously I’m going to open up for locals too, but I would hope to attract regional, national, and international artists. I’d love for the art space to be an attraction that brings in talent across the world.” His goal is to host exhibits and other gallery openings once he reaches out to community artists.

Brewer’s Waffles & Milkshakes will open sometime in September, operating from 7 am to 2 am seven days a week.