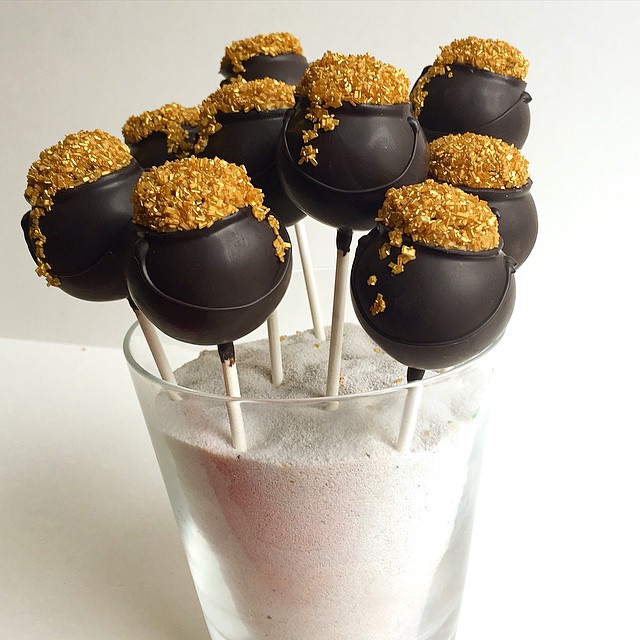 The smell of vanilla, cream and cake batter hit your nose as soon as you start to walk up to the butter-colored building at 710 Lafayette St.

The smell of vanilla, cream and cake batter hit your nose as soon as you start to walk up to the butter-colored building at 710 Lafayette St.

It may be small, but inside, Keya Wingfield and her crew are baking up all kinds of goodies that once you see them, confirms that the smell that drew you in was well worth it.

Wingfield and her husband David have been baking little bite-sized treats that RVA has come to know as cake pops with their bustling business, Candy Valley Cake Company since 2010.

For those not in the know, the delectable cake pop is a little ball of cake covered with a hard chocolate candy shell sitting atop a stick. 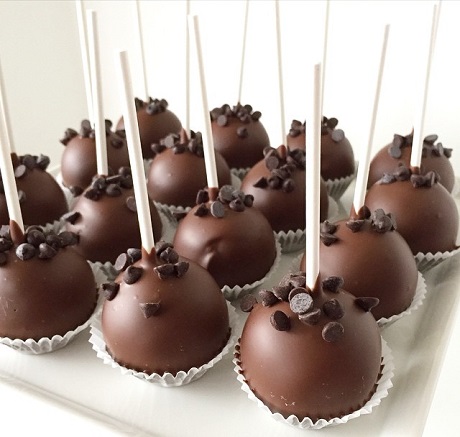 Six years ago, the two were making only about 20 to 30 pops a week, and now Candy Valley Cake Company churns out 500 to 600 cake pops a week, meticulously creating, baking, dipping and decorating each one by hand.

“I have to pinch myself sometimes,” said Keya Wingfield. “When i started making them, it would take me almost an hour to do 12 pops just with sprinkles, now we’re down to nine minutes, we have a very good process in place.”

Candy Valley Cake Company has made a mark for themselves in RVA selling 50 different flavors of cake pops at $2.75 a piece including dark chocolate, red velvet, carrot cake, peanut butter, even pumpkin spice, to the community, and businesses and corporations.

Chocolate, Salted Caramel or Fall-themed cake pops like pumpkin are her most popular. Those, and the other flavors have fueled the business from the beginning, but since 2014, and out of pure demand, Wingfield stepped it up, expanding her menu with cakes, cookies, macaroons, cupcakes, parfaits and other sweet treats.

Starting out small baking just a few cake pops by herself in her West End home, Wingfield’s business has taken off.

“I just had a tiny little apartment and I converted my little dining area into a bakery,” she said. “We went from my apartment to the back of the Mixing Bowl when it was on Broad Street for a year and a half and then we came here after that.”

The happy, laid back baker who wore a black flour-dusted apron during our interview, landed her current space on Lafayette Street about four years ago.

Cake pops still remain their bread and butter of course, but Wingfield said the other half of her time is spent creating detailed, tiered wedding cakes for Richmond brides, birthday cakes and large orders for corporate companies.

“We just did a big thing for BMW, that was huge, we made little cake pops that had the BMW logo on them,” she said.

Comcast and Bon Secours are some of her bigger clients. Candy Valley has also done cake pops for UVA, UR, and VCU.

“With Comcast we’re making hundreds of pops for them each week and they’re sending them out to their clients,” she said. “There isn’t an institution we haven’t worked with at this point.”

The company’s biggest order, according to Wingfield were cake pops created for the grand opening of the Redskins Training Center. Wingfield’s husband Keya still does some of the behind the scenes work for Candy Valley, but he has since pursued a career in stand up comedy. To keep up with the community’s demand for her desserts, Wingfield has added two full-time employees, one part-time, and six bakers on call for when business heats up. 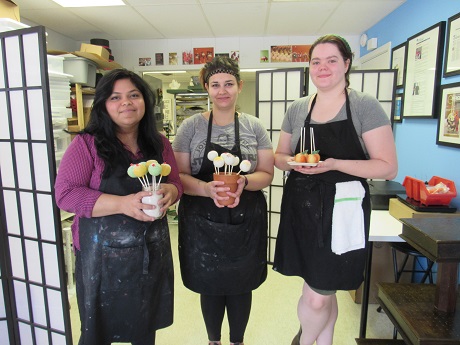 Prior to pursuing her sweet dreams, Wingfield worked for Circuit City in Bombay for three years and quit two years before the electronics giant went defunct.

India is where Wingfield and her husband David actually came up with the name for Candy Valley Cake Company.

“He also worked for Circuit City, which is how we met,” she said. “The part of town in Bombay where I was living is called Kandivali, which he could never pronounce it, he always called it ‘Candy Valley.'”

A love for food and a fan of small desserts led Wingfield to experiment with baking on her husband’s stove in 2005, which she had never seen until coming to the United States.

“I always had a giant sweet tooth and my mom is just a brilliant cook so I kind of get it from her,” she said. “I started playing around like, ‘oh my god, I can bake things,'” she said. 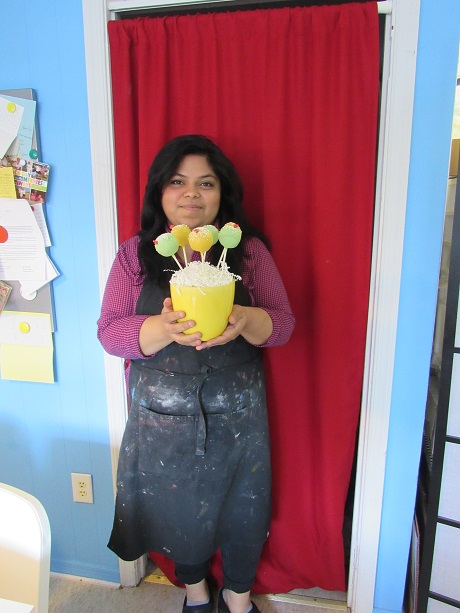 She discovered a blog which discussed cake pops being made and was inspired, but other than checking them out on the blog, she had to pretty much figure out her own way of creating the tiny confection.

“We had to really pioneer how to make them, how to process them, how to store them, how to decorate them, the whole nine yards,” she said. “I wanted to have a portable dessert that’s small enough that has fewer calories, so that’s what my concept was in the beginning.”

Since coming here and launching her cake business, Wingfield has received her degree from J. Sargeant Reynolds’ pastry arts program and for the last six years, has taught that entire program for the community college.

And Wingfield believes she’s found the secret to becoming successful with a niche business.

“We’ve had a very steady growth…its been extremely like climbing a ladder. I think that’s one of the reasons why we’re still here, if it was too fast you tend to crash, if it’s too slow you can’t be in business, so we’ve kind of found the sweet spot of progress.”

Being one of the only dessert companies of its kind is fueled their success as well.

“We’re transiting into a dessert company, more so dessert catering, because their isn’t such a thing right now, so that’s the niche we want to carve out for ourselves.”

And Wingfield doesn’t plan on climbing down from that ladder anytime soon. She’s looking to expand from her current 1,500 square foot space in the near future.

“We want to at least double that,” she said. “We’re dabbling in the idea of weekend retail hours where people come in and buy cake pops and sit down and eat it.”

By the end of the year, she’s also hoping she can find another space to sell her sweet tiny treats.

“Ideally, what I’m looking for is a really small restaurant, that already has a kitchen built-in and then has some seating space that we can use half for storage/decorating and half for retail,” she said.

You can order Candy Valley Cake Company’s cake pops by emailing [email protected] or find them at Ellwood Thompson’s or Sticky Rice.